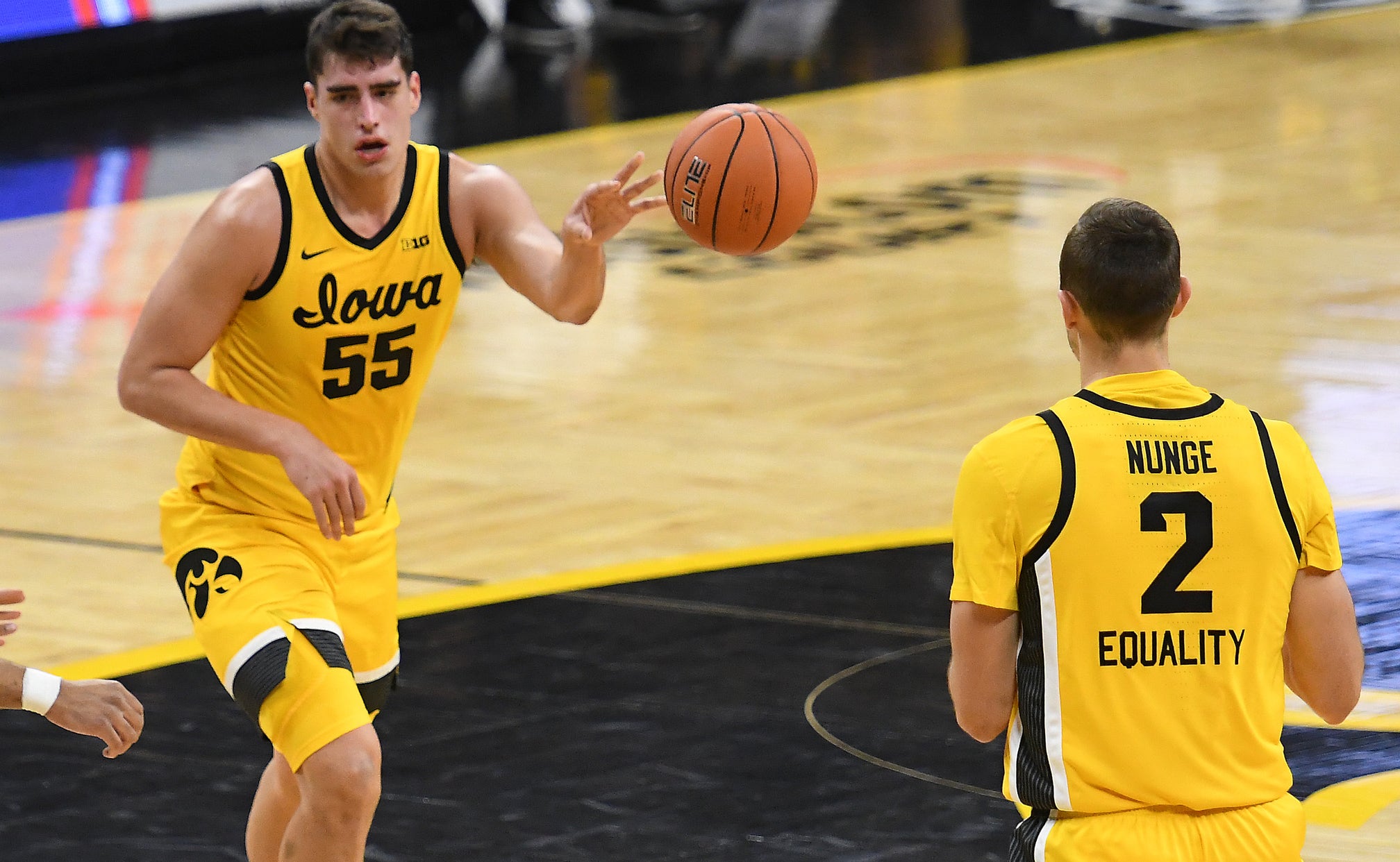 The No. 1 team in the country has been out of action for a little over two weeks now.

But the Gonzaga Bulldogs will get to put their ranking on the line this week against arguably the most formidable opponent on their schedule, No. 3 Iowa.

Teams are starting to separate themselves from the pack after the first month of games, while others are still trying to find their footing in an unprecedented college basketball landscape.

Here are the squads that have established themselves as teams worth keeping an eye on as 2020 comes to a close.

Gonzaga: The No. 1 Zags missed out on a matchup with No. 2 Baylor, but return from a hiatus to play Iowa and Luka Garza in South Dakota. Can’t wait.

Baylor: The Bears’ pause came at a time when they were ready to show their power. Now, we may have to wait until mid-January for the next Baylor showdown, this one against No. 8 West Virginia

Iowa: Luka Garza. That’s the only two words you need to know. He’s running away with the National Player of the Year award.

Michigan State: No Cassius Winston hasn’t caused No. 4 Michigan State to miss a beat. This team is extremely deep.

Villanova: Jay Wright got his 600th career win. He has a shot to get his third national title.

West Virginia: The Mountaineers blasted Richmond and continue to look like a legit Big 12 title contender.

Tennessee: The No. 10 Vols came out of a late start to the season and look to be in midseason form. That’s great news for the SEC, that needs a projected favorite to live up to its hype.

Missouri: The No. 16 Tigers are the surprise in the country right now, everywhere but in Columbia. This experienced Mizzou squad clipped rival Illinois. Soon enough, Mizzou will be the team to beat.

Illinois: The No. 13 Fighting Illini dominated Minnesota, with Kofi Cockburn showing that when he wants to be a force, he can be unstoppable.

Wisconsin: The No. 12 Badgers are one tap-i n away from being unbeaten. They are not struggling to score anymore. That was so early last season.

San Diego State: The No. 18 Aztecs defend as always, but now they can score in a variety of ways and are probably the second best team in the West.

Rutgers: The win at Maryland showed this veteran squad is no one-hit wonder. Oh, and Geo Baker is back to compliment Ron Harper Jr.

Kansas: The No. 5 Jayhawks survived their Thursday night showdown at No. 14 Texas Tech after escaping with a one-point win over No. 9 Creighton.

Texas: Greg Brown is starting to find his role and it's to do a little bit of everything to help the No. 11 Longhorns win.

TIER 3: Out of sight

Houston: The No. 6 Cougars were one of the hottest teams in the country until their hiatus. They return this week and their next major test will come at SMU on Jan. 3.

Virginia: The No. 17 Cavaliers are on pause and won’t play No. 7 Villanova on Saturday. The Cavs may not play a top 20 team until February.

This is a preview of a potential title game. The Zags have been on pause for nearly two weeks. Iowa is rolling behind Luka Garza’s dominance and Jordan Bohannon’s 3-point shooting. But if there is one team that has the depth up front to run multiple bodies at Garza, it is the Zags. An Iowa win could catapult the Hawkeyes to No. 1 status. But I have to stay consistent. Pick: Gonzaga

The Cardinals are coming off pause and depleted, while the Badgers’ offense has been clicking at a high pitch. Pick: Wisconsin

The Wildcats are still searching for an identity. The Tar Heels know who they are, and it’s to rip and run. Kentucky can still find a way toward the NCAA tournament, but it will likely be through the weakened SEC. Pick: UNC

The Buckeyes had a tough time dealing with the Purdue bigs. UCLA will pose a threat from the perimeter and wings. The Bruins have more experience. Pick: UCLA

The Pac-12 opener for both schools should be high-level. Expect this to be a late possession game. But this is Arizona’s first venture out of the state. Stanford has been on the road for a month. Pick: Stanford