Week 8 pro football picks recap with Jason McIntyre | WHAT DID YOU LEARN?

I text with my like-minded gambling friends every Sunday, as we experience the spectrum of emotions that comes with watching the NFL on Sundays. Sometimes you can quickly tell when you’re on a wrong side – Carolina, for instance – and other times you celebrate betting on quarterbacks who always seem to deliver (Russell Wilson).

Late Sunday, I sent this to some friends: New rule, I’m done going against three teams that appear to be the best in the league right now defensively – the 49ers, Patriots and Saints. I have some friends who backed Arizona getting double digits against New Orleans … but as I said in this space last week: Don’t get in front of freight trains. Then I looked at next week’s schedule, and saw the Patriots are going to Baltimore, and … sigh. I’m going to have to think hard about that rule going forward.

1. The score doesn’t always reflect the game … don’t rely on that alone to place your bets

If you didn’t watch the game, you’ll come away from this thinking another easy Patriots victory and cover! But that’s not the full story: The Browns turned the ball over on three-straight snaps in the first quarter and fell into a 17-0 hole. You definitely can’t do that against an elite team like the Patriots. Cleveland also had 13 penalties for 85 yards (New England had three for 15 yards).

Sloppy out of a bye week? Freddy Kitchens, I’m shocked. But a closer look reveals the Patriots were susceptible to the run – 159 yards for the Browns and 7.2 yards per carry – and Tom Brady’s offense was pedestrian: 2-for-6 in the red zone.

New England’s toughest test of the season is next week at Baltimore (who is coming off a bye) … then at the Eagles, at home vs Cowboys, at the Texans, and then finally, a rematch with the Chiefs. Patrick Mahomes will have returned by then. 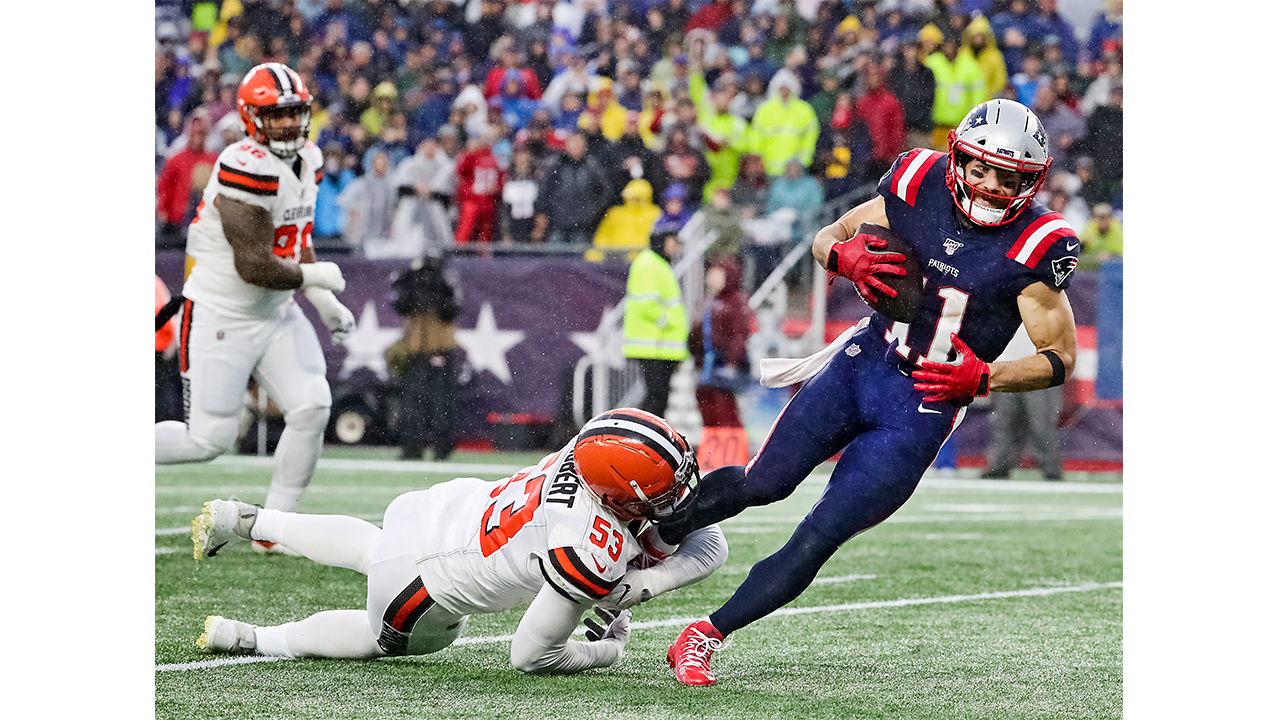 2. Start betting on the 49ers – they are the real deal

New rule, folks: I’m done betting against the 49ers. In their last two matchups, I favored the Rams and then Panthers … neither game was remotely close. Defensively the 49ers are a force, as they sacked quarterback Kyle Allen seven times (Joey Bosa had three) and intercepted him three times … he hadn’t been picked off in all four starts this year. I knew the Panthers were susceptible on the ground, but 232 yards and 6.1 yards per carry? Ouch.

Final note on the 49ers, who were 4-for-5 in the red zone and didn’t let the Panthers into their red zone once: They’ve scored 207 points and allowed just 77 – second only to the Patriots – through eight games. They’re playing at a Super Bowl level. 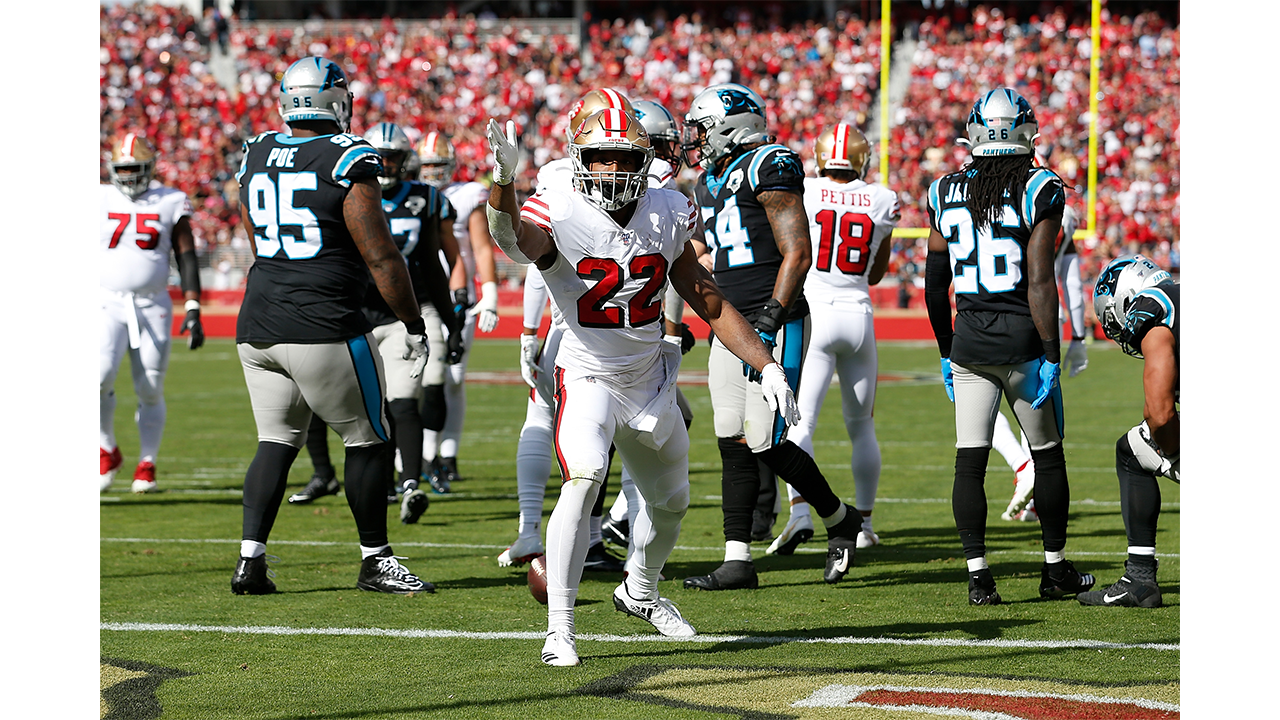 I feel like I finally have a handle on the Giants … despite losing on them to Arizona last week: Daniel Jones will have success against average-to-below average defenses that don’t have a pass rush. The Lions don’t pressure the quarterback, and Jones went for 322 yards and 4 touchdowns and got the Giants the cover. But here’s the problem with New York and betting on them moving forward: Slow starts.

If you have a weak defense and a rookie quarterback, it’s going to be difficult to win any of these games spotting the other team double digits. I prefer Detroit as an underdog, because Matt Stafford (25-of-32 for 342 yards and three touchdowns) has a strong group of wide receivers and with xxKerryon Johnson on IR, not much of a running game … but that could change given the Kenyan Drake rumors. 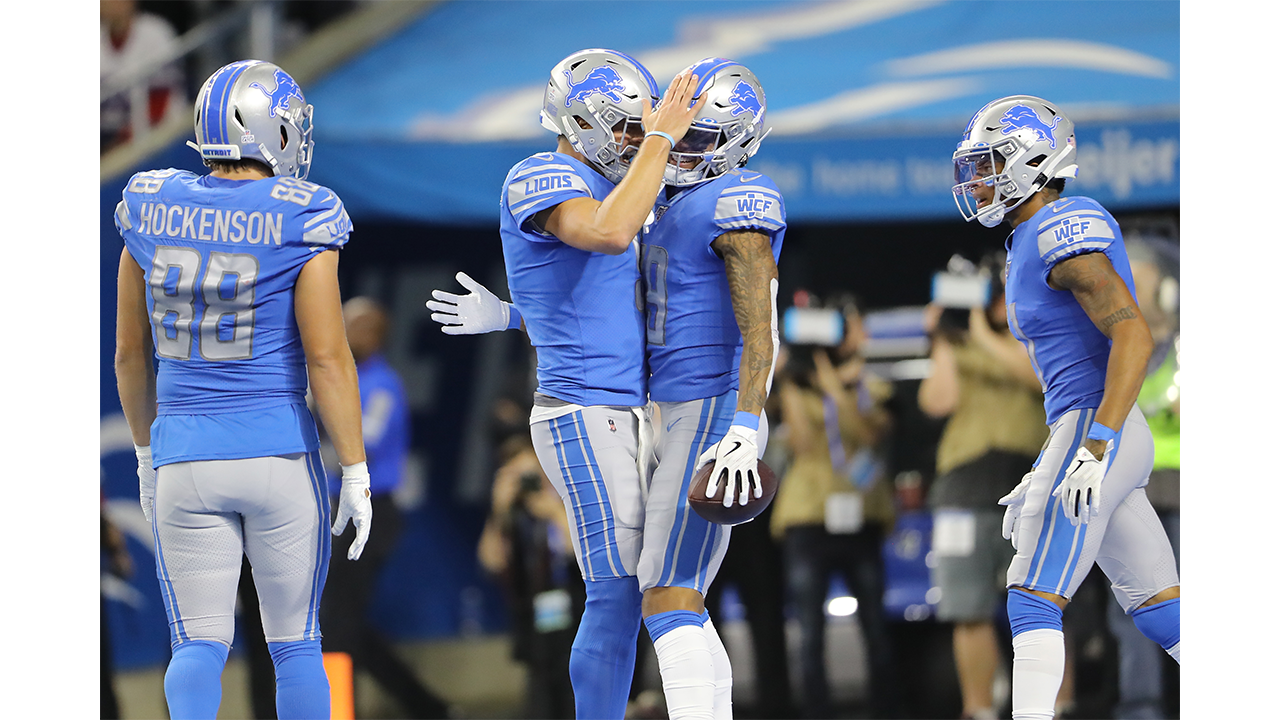 4. Watch Atlanta during their bye-week: Expect major moves to be made

Depending on where you got this number – Seattle by 6.5, Seattle by 7, Seattle by 7.5, you either had a great victory, were unhappy with a push or angry with the loss. Seattle jumped to a 24-0 halftime lead as Atlanta looked inept behind Matt Schaub … but the Falcons let Schaub air it out in the second half, and the 38-year old threw for 460 yards. The Falcons could have made it interesting in the 3rd quarter … but Devonte Freeman fumbled on the 1-yard line, and Seattle kicked a field goal to ensure the victory and cover (if you got it at 6.5).

I won’t launch into a lengthy rant about how important it is to get the best number, but I will say this: Atlanta – regardless who is at quarterback – is going to be very difficult to gamble on as the season moves forward. Expect them to make moves here during the bye week with trades and/or head coach Dan Quinn. 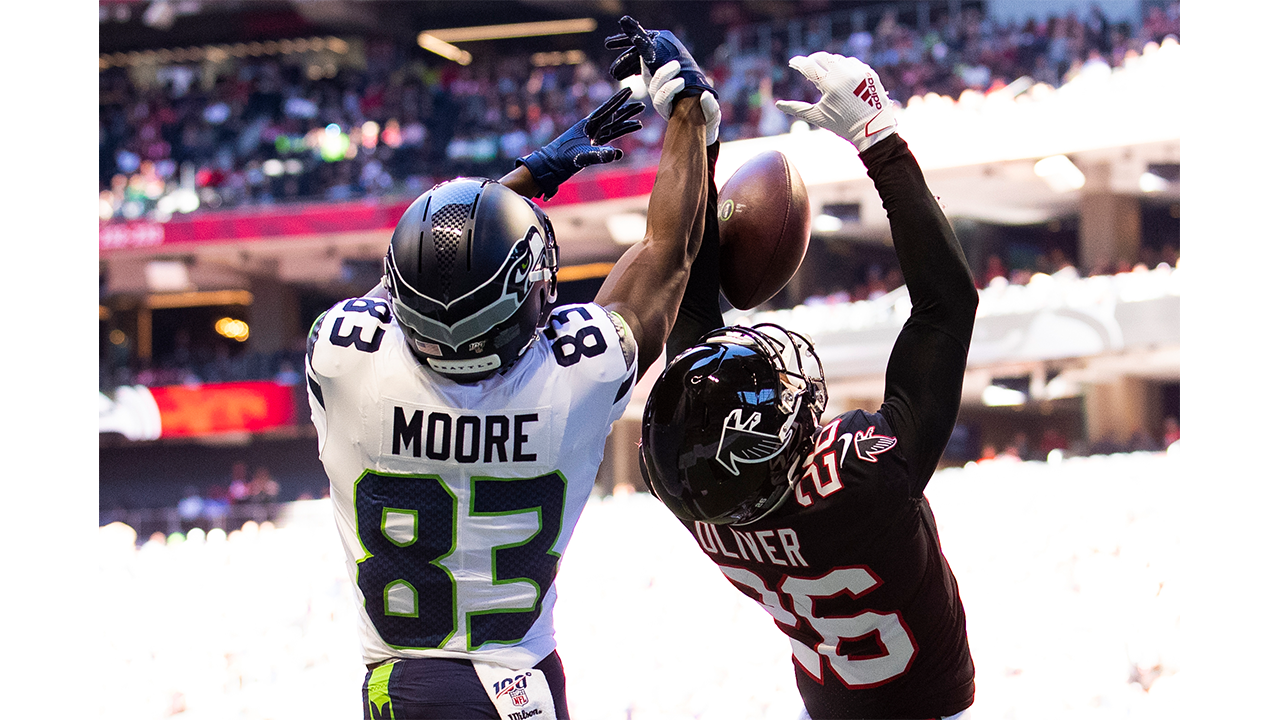 5. Without a defense, a strong offense does not make a bet-on team

The Texans were clearly on the wrong side, because when the Raiders don’t turn the ball over, Derek Carr will keep Oakland in the game. DeShaun Watson (279 yards passing and three touchdowns) picked apart the Raiders secondary the way Aaron Rodgers did last week … and three ball-control scoring drives kept the ball away from Oakland’s offense and sealed the Texans’ win.

The Raiders finally return home for the first time since September 15th – anticipate a high-scoring game with the Lions; the Texans secondary is beat-up, and now the defensive line has lost JJ Watt (torn pec). Heed this warning about laying points with them in London next week against Jacksonville. 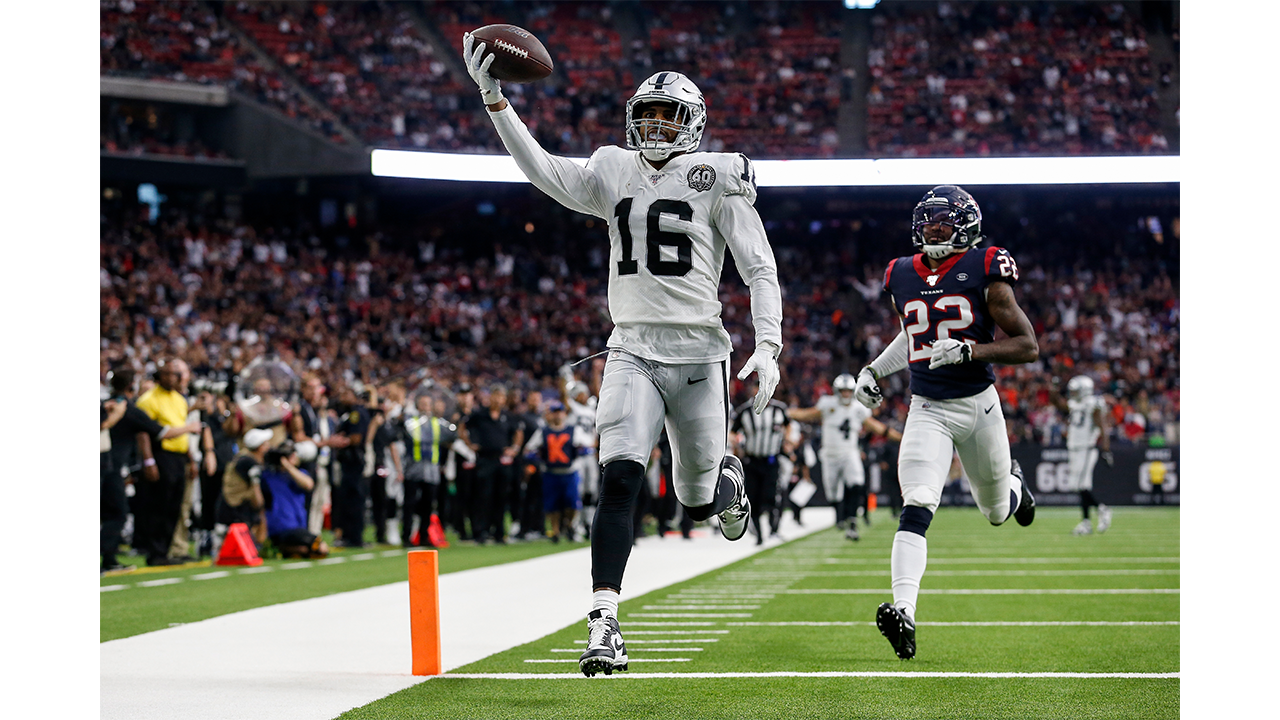