It’s finally time folks! The biggest game of the year is upon us, and could you have predicted a more exciting matchup? So many exciting story lines with this one. My favorite one here, perhaps a bit forgotten by most. Let’s return to 2018 when Jimmy G. suffered a season ending injury, do you remember who he was playing? Kansas City. Is it finally time for payback on the grandest stage?

If history is any indicator, signs point to yes. Not only do the 49ers have the best Super Bowl winning percentage of any team with three or more Super Bowl appearances, they are also 2-0 in Super Bowls played at Hard Rock Stadium (formerly Joe Robbie Stadium). You know what that means? San Francisco will become the first team to play a Super Bowl at a venue where they have already won multiple Super Bowls (Super Bowls XXIII and XXIX). Pretty cool, right?

We already know the Chiefs are on fire, but the 49ers like to turn up the heat in Miami …

Giving me an easy one to start! I mean come on, this is just a no-brainer. Patrick Mahomes is the pick here. He’s probably the best quarterback in the game right now. Listen to this: Eight touchdowns and zero interceptions in the postseason.

Meanwhile Jimmy G., he’s just not throwing the football – only 27 passes thrown in two playoff games … let me put that into perspective: Mahomes has completed 23 passes in each playoff game. And if you want to look a little further, Jimmy G. has one touchdown pass in the last three games dating back to Week 17. That’s cause for concern. I don’t know if it’s a trust issue, but the 49ers are just not throwing the football. 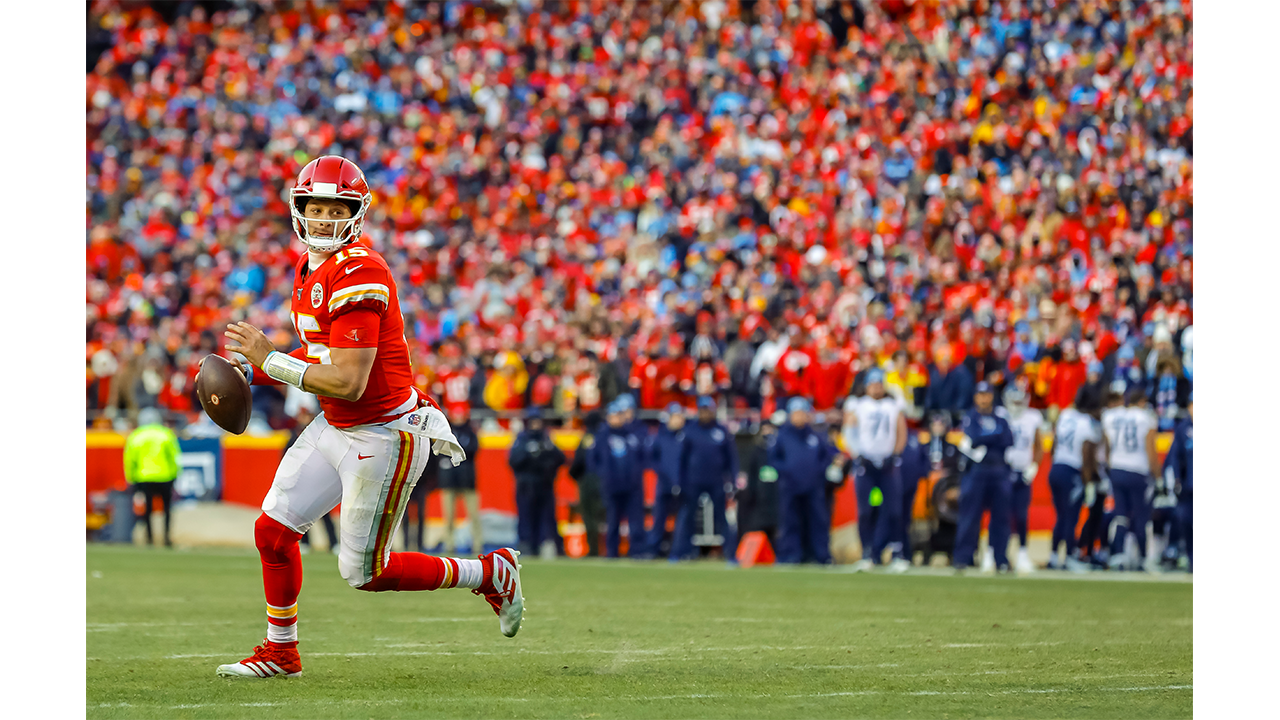 Okay, now this one is a little tougher. It’s a close call, but I give a slight edge to the Chiefs. If you’ve watched Kansas City at all this season, you know this one of the best offenses in the league … and their edge in this spot is at wide receiver.

Let’s break it down: If you look at tight end it’s a wash – George Kittle and Travis Kelce, they are basically two of the best at their position in the game. And at running back it’s fairly even. So now, onto receiver: Tyreek Hill and Sammy Watkins for the Chiefs … where as the 49ers, I know Emmanuel Sanders has been very good. But I’m sorry folks, I don’t think he has the game breaking ability of Hill or Watkins.

Another tough one to call, but this time I’m giving it to San Francisco. I just can’t ignore what they’ve done with the running game. Shall we revisit last week, just absolutely dominating Green Bay? Not to mention how well they protect Jimmy G. … on the off chance he actually drops back. Take note: This is not a knock on the Kansas City offensive line – but they are just a notch below the 49ers here.

Well, this one isn’t even a contest: It’s unarguably San Francisco. Four first round picks on the defensive line will certainly get you there, led of course by Nick Bosa, who has been outstanding regular season and playoffs. If you look up and down that line, you can already see they are going to dominate this game.

Here’s the secret: If you can get pressure on Patrick Mahomes and force him into some mistakes – which he didn’t make in the playoffs – that’s where the niners have the big edge. The Chiefs, well, they’ve got to bolster that defensive line if they want a chance to stop the 49ers run game. 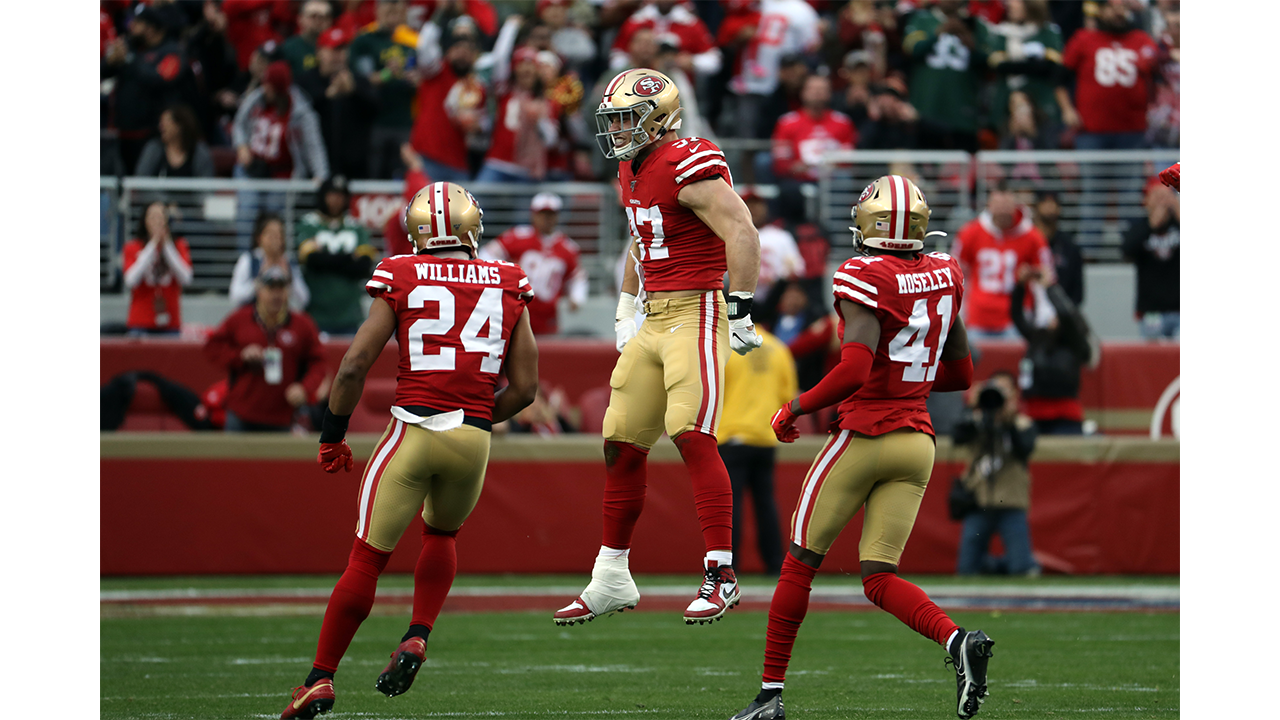 San Francisco is all about defense, and they’ve got the edge here again in this spot. I know, I know Richard Sherman had some issues with Davante Adams in the NFC Championship game, but otherwise you’re looking at the best pass defense in the league. And folks, that’s been for basically the entire season. They were phenomenal – right there with the Patriots and the Bills. Meanwhile, Kansas City is susceptible in the secondary … although I will say this: ‘Honey Badger’ Tyrann Mathieu has been outstanding in the playoffs for the Chiefs.

Okay, this one might surprise you at first, but hear me out, I think the edge here goes to Kansas City. Alright, don’t just think about the Houston Texans debacle where special teams had the punt blocked and the fumble. Let’s look at the big picture: For the length of the season the body of work the Chiefs illustrates they are best in the league – Top 5 throughout the season in kicking, punting and returns. 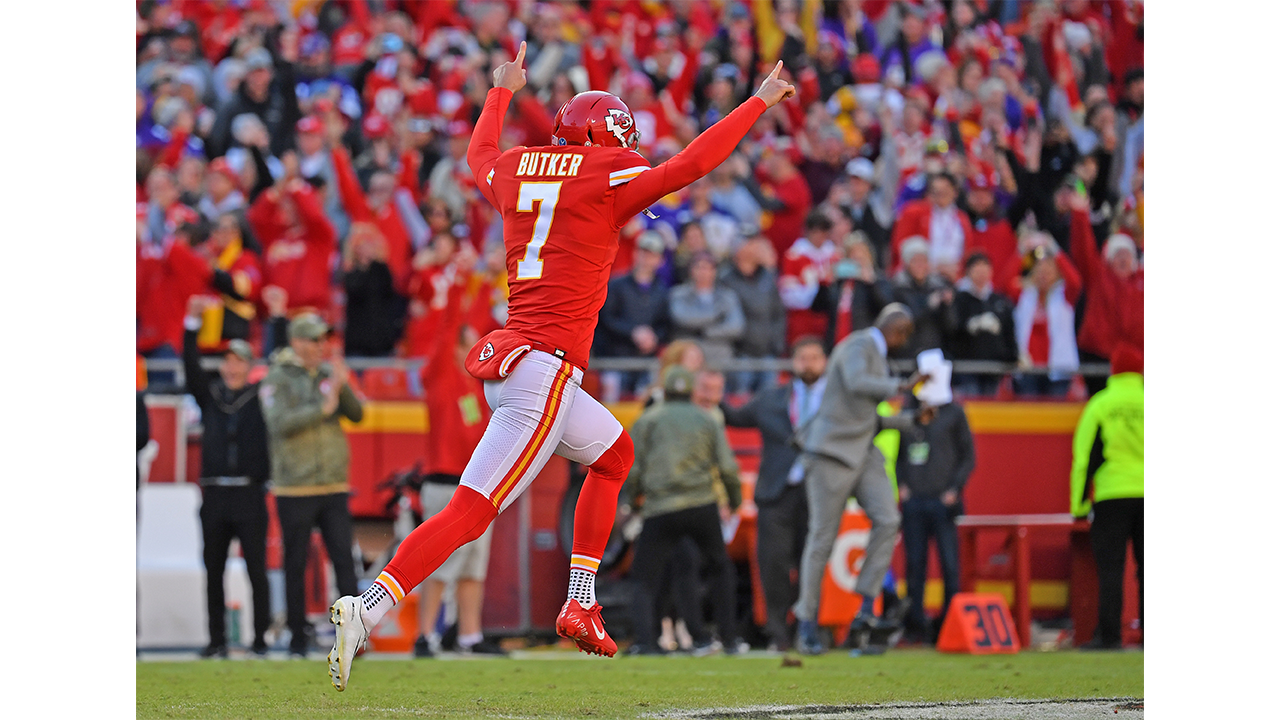 Now this one was tough; definitely the pick I struggled with the most. I really wanted to go Kyle Shanahan because he’s just been outstanding for the 49ers, but I couldn’t do it folks. The smart pick is Andy Reid. You can’t ignore the facts: 19-3 off a bye, and that’s a stat you’re going to hear for the next 10 days leading up to the game.

You know this already, Andy Reid with time to prepare has been outstanding. However – in these playoffs – he’s left a little something to be desired … two slow starts, luckily for him he’s got Patrick Mahomes, and that of course makes it easy to come back.

Not to mention, Kyle Shanahan does make me a little nervous … you can’t forget last time he was in the Super Bowl: As the offensive coordinator, his Falcons blew a 28-3 lead. Yikes.

And finally, what you’ve all been waiting for! Here we go! The pick for the Super Bowl: This is a toss-up – it honestly feels like a coin flip. The line is at 1-1.5, just doesn’t really show a major edge. So here’s the edge: Defense. 49ers 21, Chiefs 20. I’m hoping for a thriller.

Fun Fact: Patrick Mahomes – since he’s been a starter – has never lost a game by more than seven points, and San Francisco only has three losses this year. Guess what? All three were either at the buzzer or in the final 10 seconds. There it is folks: Expect a close one. 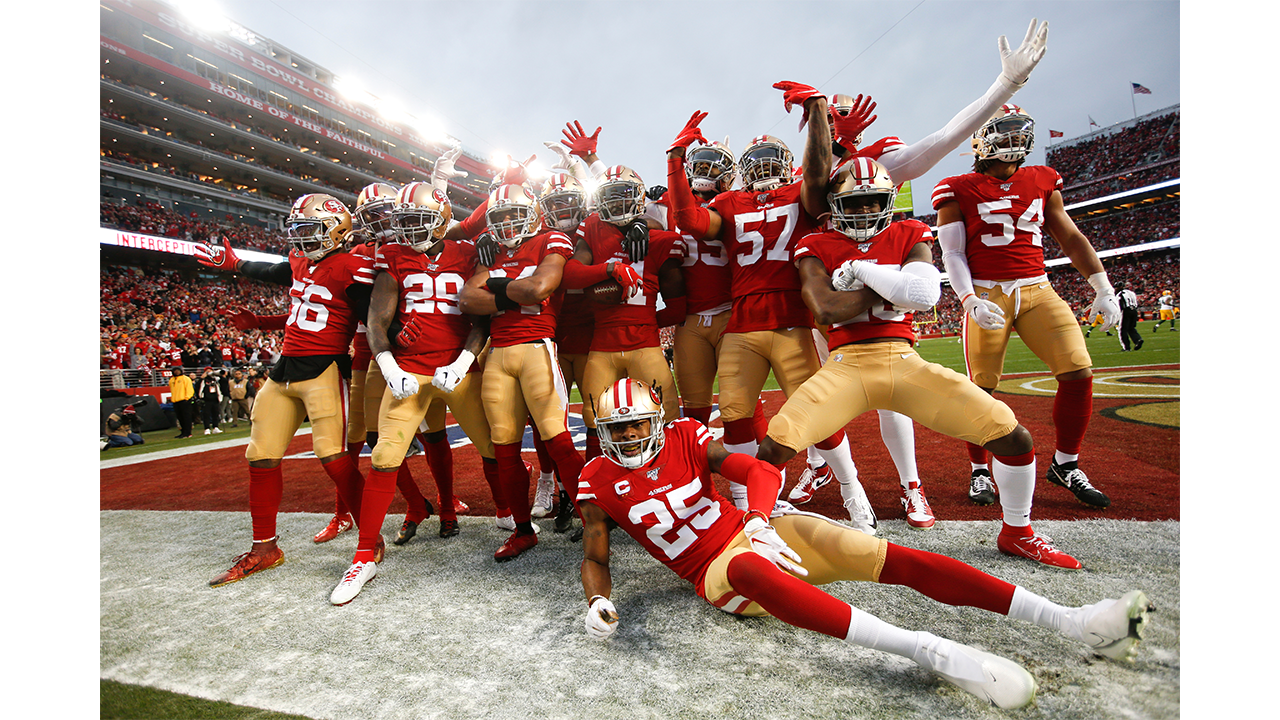