A history of Lil B’s powerful curse on Kevin Durant 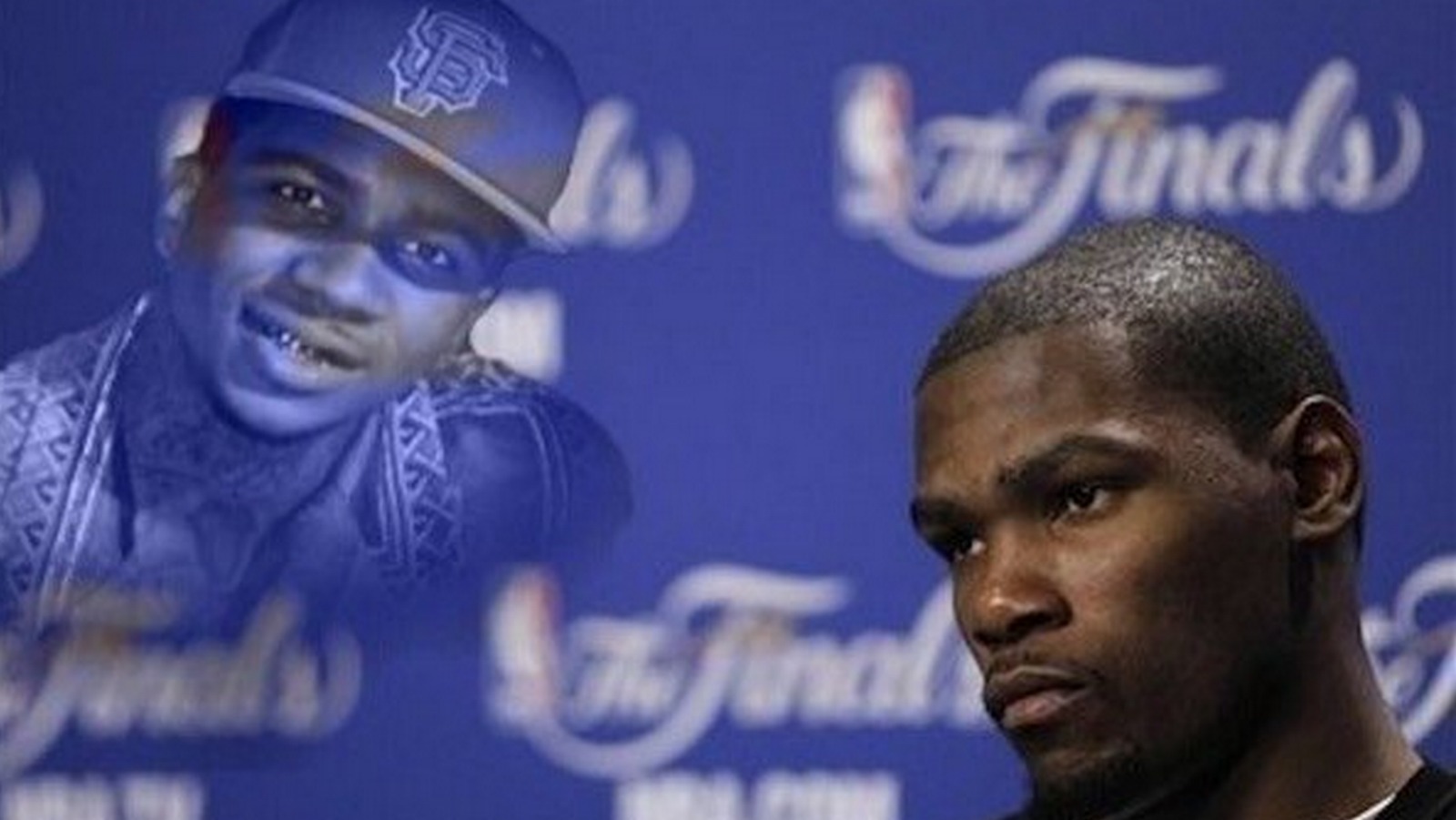 Will Kevin Durant ever win an NBA title? Durant’s Oklahoma City Thunder crashed out of the NBA playoffs Monday in Game 7 against the Warriors, capping an epic collapse after holding a 3-1 lead in the series. The Thunder played a brilliant first half on the road in Oakland, but were outscored 29-12 in the third quarter and couldn’t recover against the defending champions.

If you were around Twitter during the game, you probably saw people crediting rapper Lil B’s Based God’s Curse on Durant for helping the Warriors make a repeat trip to the NBA Finals. Is the Based God’s Curse real? No one can say for sure, but it’s hard to ignore the evidence over the past five seasons of Durant’s career.

The day after Kevin Durant and the Thunder were eliminated in the 2011 Western Conference Finals by the Mavericks, Lil B tweeted that Durant would never win a title according to a mystical entity known as The Based God. He’s not wrong (so far).

I tried to listen to Lil B and my mind wouldn't let me do it….can't believe this guy is relevant

Durant led the Thunder to the NBA Finals against the Miami Heat, but LeBron James’ superteam prevailed in five games. On the night the Heat won the title, Lil B unexpectedly lifted the curse on Durant.

KEVIN DURANT WILL NEVER WIN THE TITLE AFTER HE SAID "LIL B" IS A WACK RAPPER,

The Thunder won 60 games to win the West, but Russell Westbrook was knocked out of the playoffs in the team’s opening series against the Rockets, and the Thunder fell to the Grizzlies in five.

With Durant having the best season of his career, The Based God changed its mind and re-cursed the Thunder star, who would go on to capture his first career MVP award and win the scoring title. The day after the Spurs eliminated the Thunder in the Western Conference Finals, Lil B released his Hoop Life mixtape which contained a very profane Durant diss-track titled "[Expletive] KD."

I WANNA SAY THAT "THE BASEDGODS" CURSE IS GONE FROM KEVIN DURANT THE THUNDER ARE FREE NOW TO WIN FUTURE GAMES, U CANT WIN HATING – Lil B

The 2014-15 NBA season was a rough one for Durant, whose year was ruined by a series of injuries. Immediately after Durant was diagnosed with a Jones fracture in his foot, the Based God spoke.

Lil B confirmed again in 2015 that he would lift the curse on Durant if he meets the rapper for a game of 21.

Durant’s absence from the 2015 playoffs led to the Based God focusing his power elsewhere (James Harden felt the curse’s wrath that summer), but the Thunder’s epic chokejob in the Western Conference Finals is perhaps the best evidence yet that Durant really is being influenced by a higher power. Oklahoma City was one win away from knocking off one of the greatest basketball teams of all time, but over three consecutive losses to end the year Durant shot a combined 32-of-81 from the floor.

And they said the curse was not real " The BasedGod" has never lied to me and like he told us.. The Warriors are going to the finals – Lil B

Respect to everyone who believed in " The BasedGod " he said the Warriors would win the series,down 3-1 " The BasedGod" does not lie – Lil B