The problem with the 100-pitch limit 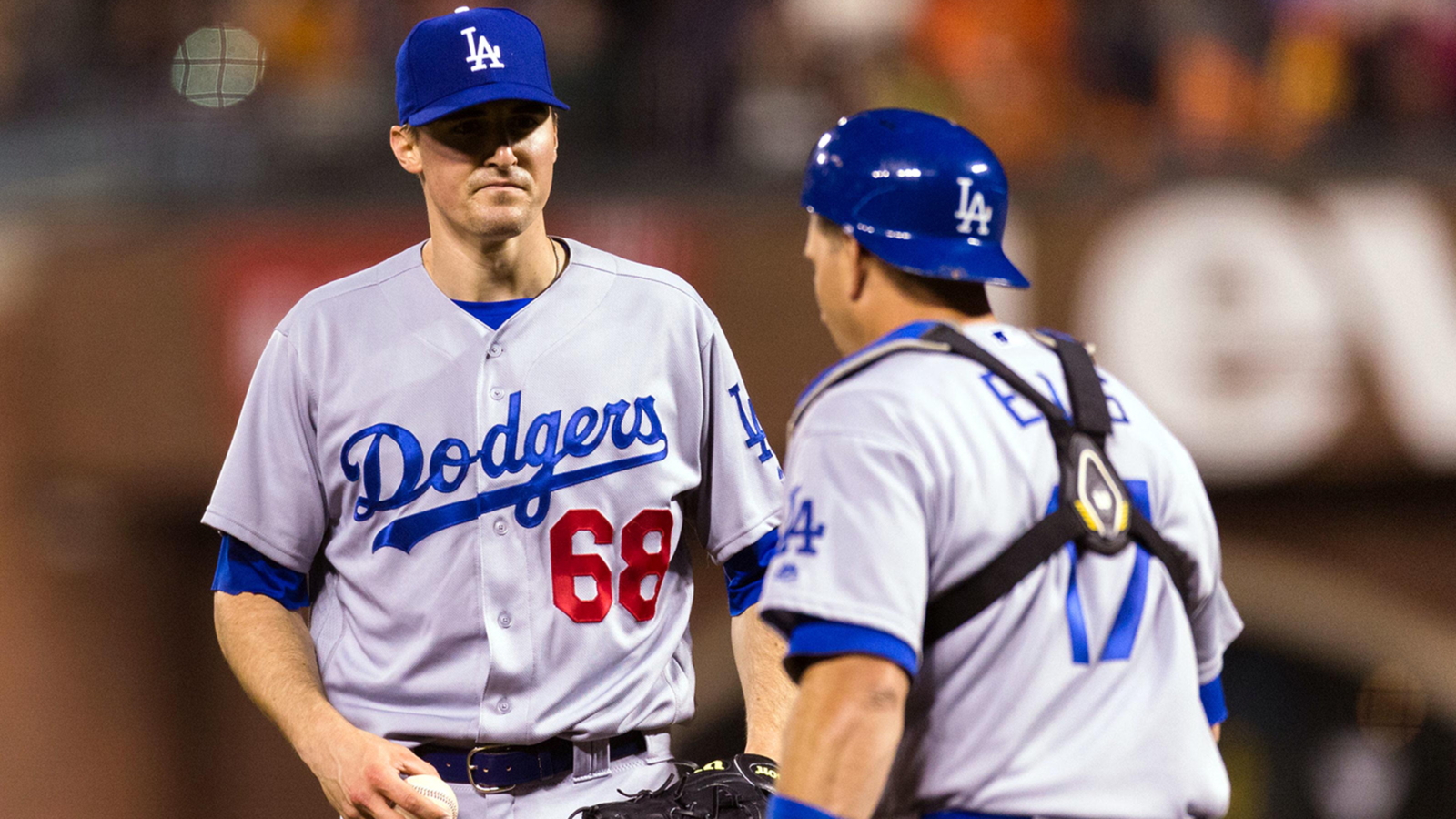 On the whole, pitch counts are a good thing, because they aim to prevent a bad thing, injuries.

But when Dodgers manager Dave Roberts pulled Ross Stripling after 7 1/3 innings Friday night, despite the fact that the rookie was throwing a no-hitter in his Major League debut — something no one has done since 1892 — one has to wonder why?

What was going through Roberts’ mind as he robbed a 26-year-old of a chance at baseball history?

Well, according to Roberts, pulling the rookie from the contest was a "no-brainer" decision — Stripling had thrown exactly 100 pitches.

"We made that decision before the game. The most he threw in spring was 78 pitches. He’s coming off Tommy John. He threw 70 innings last year," Roberts said. "At 100 pitches, that was our number. … I want to keep his future and health in mind."

Roberts’ mind is in the right place. Pitching is an unnatural, freakish act, and against hitters that grow smarter and more difficult to retire by the year, pitchers need to throw harder than ever before. That’s stressful, and it’s easy to say that sport’s epidemic of elbow injuries is related to that stress.

One of the ways baseball, from the MLB level down, has tried to combat this problem is through pitch counts, and when it comes to those, there is one magic number across the sport: 100.

How did we come to decide that 100 pitches were too many?

Well, it seems that the number was arbitrary.

James Andrews, the renowned orthopedic surgeon, suggested 100 — a ballpark figure — in a 1999 study titled "Elbow Injuries in Young Baseball Players" with James Whiteside. Even 17 years later, this study is still frequently cited. The 100-pitch limit suggestion took hold, and it seems over time, the suggestion lost its ambiguity.

There’s no data to suggest that 100 is the magic number of fatigue, after which injuries increase at an alarming rate.

There’s no information that’s been collected that labels the 100th pitch as a saturation point of effectiveness either.

It’s an arbitrary number — a ballpark figure. One must presume it was well-estimated, but it was an estimation nonetheless.

But over time, the estimation became the law.

The key to limiting elbow injuries is mitigating stress. You don’t want guys throwing tired — their mechanics break down, and the unnatural motion of pitching becomes more stressful on the fulcrum, the elbow.

For relievers, the body starts to tire and the mechanics start to go after 25 or so pitches. That’s how they were trained — they’re not "stretched out" like starters.

For some starters, their upper threshold could be 120-plus pitches. Madison Bumgarner could probably throw 200 pitches in a game, if necessary. Dude’s a hoss.

The fact is that the more pitches you throw, the higher the risk is of injury — it’s simple physics.

But in our zeal to establish a magic number, we skipped the most important part of the equation.

Baseball Prospectus has a metric, called Pitcher Abuse Points, that aims to quantify pitchers’ overexertion. But in order to establish what overexertion is, there has to be a baseline.

That threshold? You guessed it: PAP operated under the assumption that fatigue set in at 100 pitches.

Under 100 pitches, the metric claims, and there’s no stress. For every pitch thrown after No. 100, the stress compounds at a factor of three. According to this metric, a 125 pitch outing is 125 times more stressful than a 105-pitch outing.

Injuries are going to happen, and when there’s a metric that says throwing 20 more pitches in a game is going to inflict 125 times more stress on a pitcher’s arm, no manager in their right mind would leave a guy out there to throw pitch No. 101.

But it’s quasi-science based on a presumption. There is a threshold for all pitchers — for some starters it’s around 80 pitches, for others, it’s somewhere around 120. It varies game-to-game too. A six-inning, 105-pitch slug is going to be a lot harder than an easy-heat, 105-pitch complete game. But it’s all a guess, and we’re acting as if it isn’t.

Subsequently, the long outing is a thing of the past now.

There were 272 games where a starter threw more than 125 pitches in 1998, a year before the Whiteside-Andrews study came out. Last year, there were six such games.

The highest number of pitches any pitcher threw last year was 134 — Mike Fiers in his no-hitter over the Dodgers on Aug. 21.

In 1998, 75 games featured as starter throwing more than 134 pitches. Livan Hernandez twice threw more than 150 pitches in a game that year.

The original suggestion of 100 pitches was a noble one. It’s a nice, round number that’s easy to remember for coaches and pitchers. If some guys tire around 80 pitches and others around 120, why wouldn’t you split the difference? That made sense in 1999, when we didn’t know what we were doing.

But times have changed. We live in the era of wearable biometric technology, high-speed cameras on every phone, and limitless, easy-to-access information on MLB-sanctioned iPads — yet 100 pitches is still the magic number.

Friday night, the arbitrary limit robbed Stripling of a chance to make history and us a chance to see it. It probably cost the Dodgers the game as well — Chris Hatcher relieved Stripling and gave up a game-tying two-run homer. The Dodgers lost in extra innings.

No one wants pitchers to be injured, and everyone involved with the sport should be looking for ways to end the elbow epidemic, but in 2016, we can do a whole lot better than passing off a 17-year-old estimation as the answer.

Dieter Kurtenbach is on Twitter and he loves getting messages from people with egg avatars. You can put your anger directly in his mentions by tweeting @dkurtenbach.