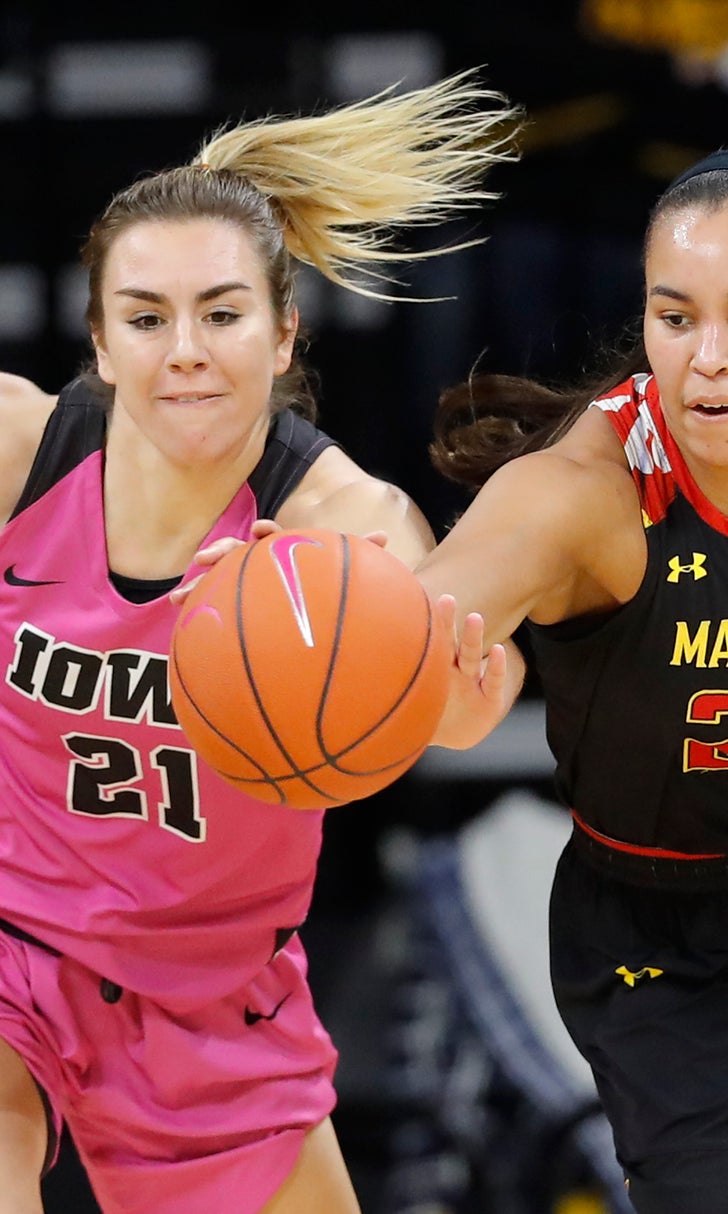 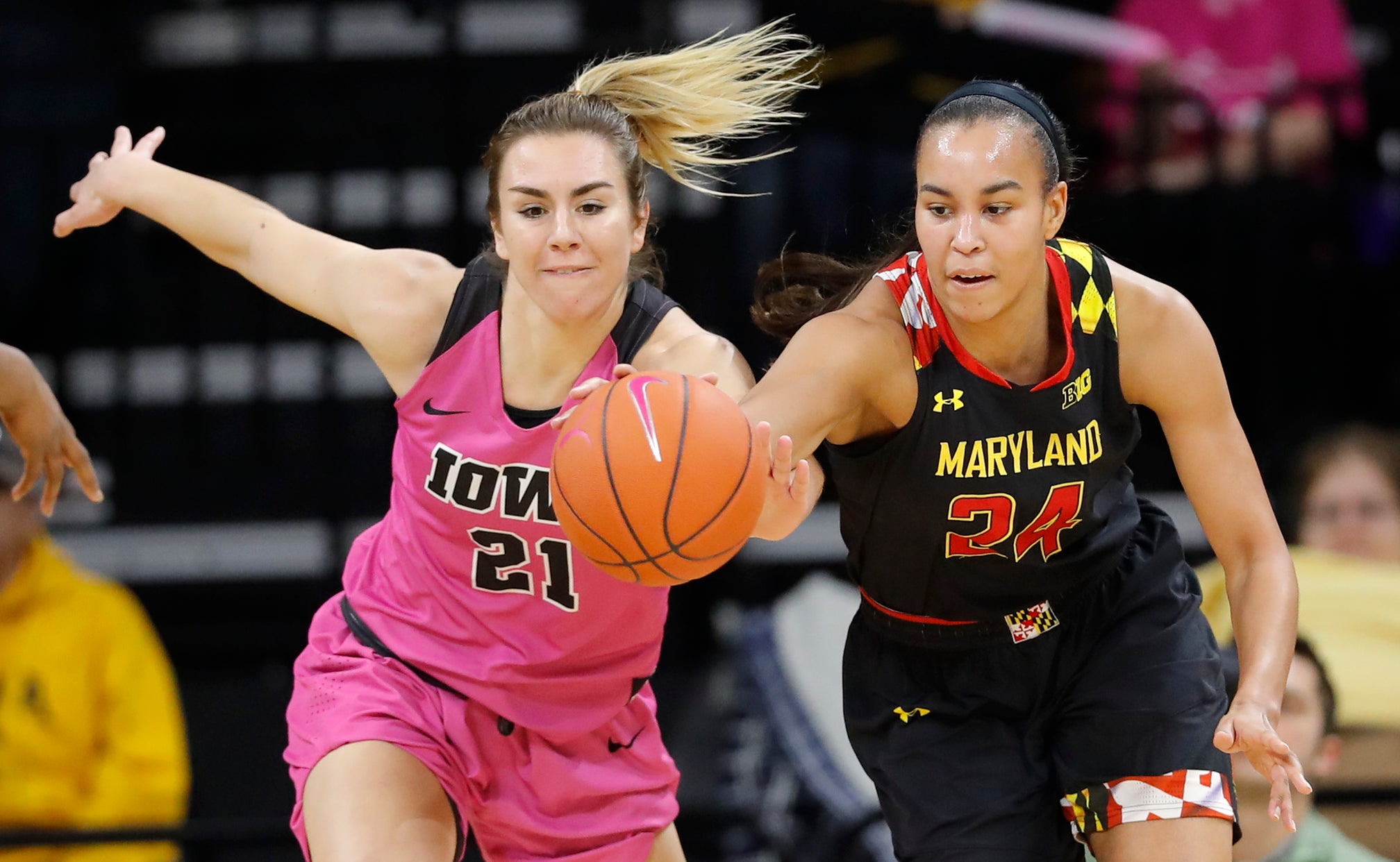 IOWA CITY, Iowa (AP) — Iowa star Megan Gustafson is used to drawing a lot of attention on the court.

So Sunday was just business as usual.

"They were throwing extra bodies on me — that usually happens," Gustafson said. "When that happens, I'm able to figure out what else I can do to impact the game, whether that's getting my teammates open, being a decoy. I don't mind doing that at all."

"We tried to throw everything at Megan," Maryland coach Brenda Frese said. "She's an All-American for a reason."

Tania Davis scored 13 points for Iowa, which made 27 of 29 foul shots. Kathleen Doyle finished with 12.

"In our pick-and-roll game, obviously no one wants to leave Megan," Davis said. "That leaves driving lanes for us. As guards, we do a great job of reading the defense and taking what the defense gives us."

Stephanie Jones led the Terps with 21 points and eight rebounds. Taylor Mikesell had 14 points, and Blair Watson finished with 13.

Maryland (23-3, 12-3) was hurt by a tough day for leading scorer Kaila Charles, who had two points on 1-of-13 shooting. Charles also fouled out.

"She's a tremendous player," Iowa coach Lisa Bluder said. "She's a phenomenal athlete, and we really wanted to make her prove it from outside against us. I think (our) players did a great job adjusting to that."

Iowa took control of a game that featured 17 lead changes when Alexis Sevillian drilled an open 3 to make it 75-69 with 2:31 left.

"I thought that was a huge, huge basket for us," Bluder said.

Iowa then put it away at the line after the Terrapins, down four and with the ball, turned it over with 48.5 seconds left.

Iowa beat Maryland for the first time since 1992. The last time the Hawkeyes faced a top-10 Terrapin team, Maryland won by 20.

Maryland: The Terps missed a shot to put the Big Ten out of reach, but losing at Iowa isn't something to be ashamed of. The Hawkeyes are 14-0 at home. They reeled off nine straight points to close the game.

Iowa: The Hawkeyes, barring a collapse that doesn't appear to be coming, can start planning on hosting the first two rounds of the NCAA Tournament. This was the kind of victory that should convince the committee that Iowa deserves a top-four seed.

"I think we have something special," Bluder said after Iowa notched its first top-10 win of the season.