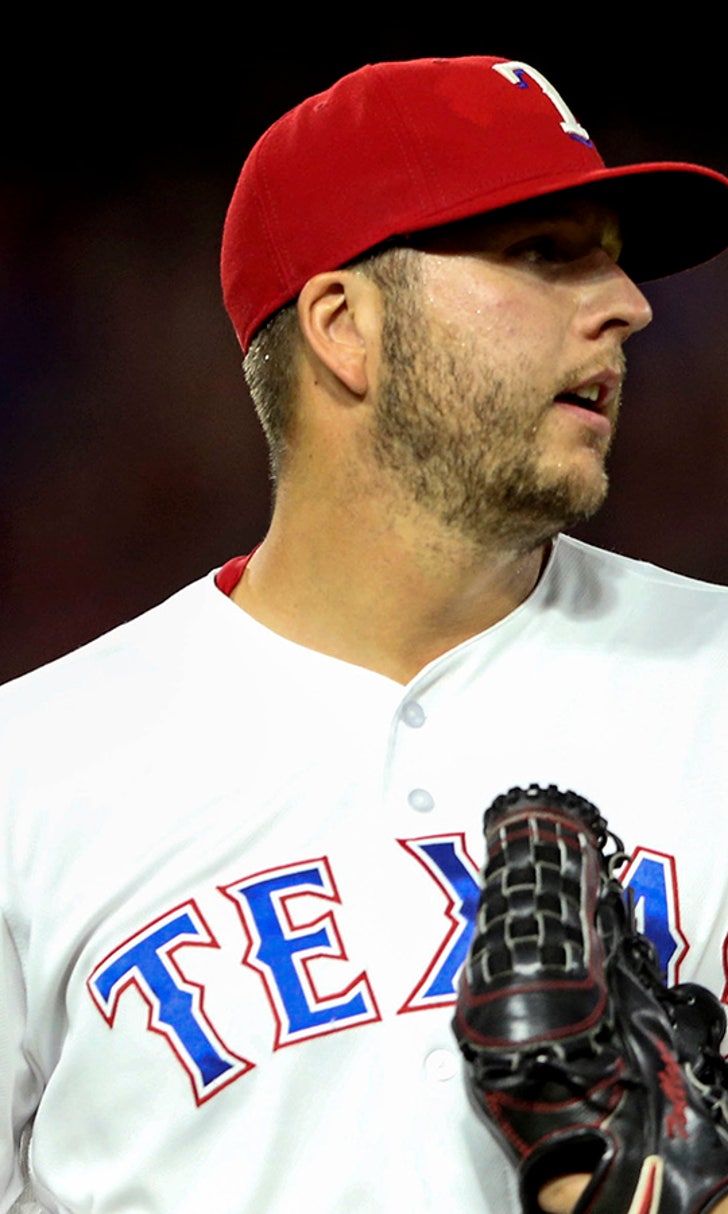 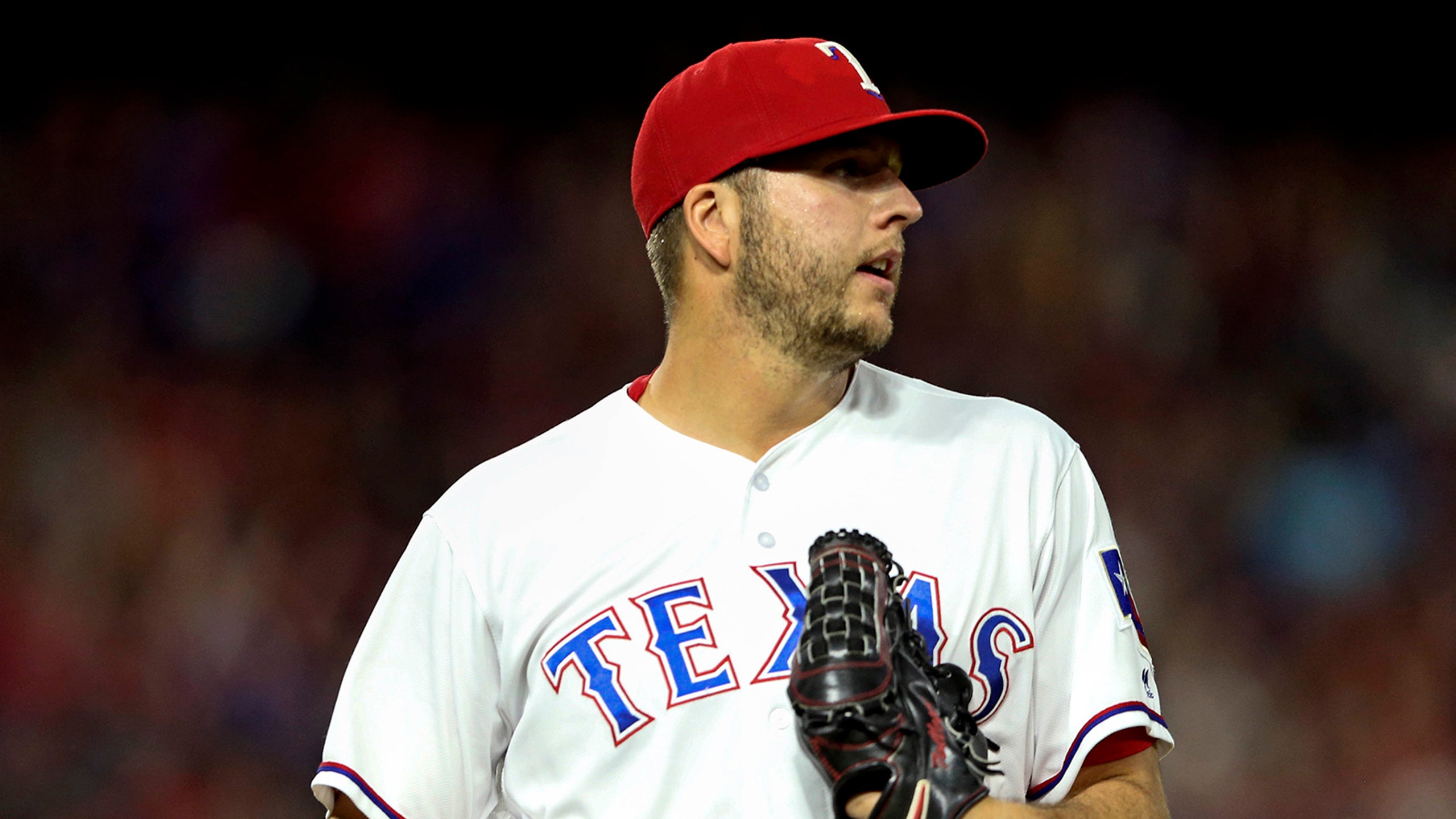 OAKLAND, Calif. (AP) -- Khris Davis hit a game-ending grand slam with two outs in the bottom of the ninth inning for his third homer of the night, giving the Oakland Athletics an 8-5 victory over the Texas Rangers on Tuesday.

Ian Desmond hit a two-run homer off Ryan Madson (2-0) in the top of the ninth to put Texas ahead 5-4, but Davis and the A's weren't done.

Pinch-hitter Stephen Vogt reached on an infield single and went to third on Coco Crisp's double. Two outs and an intentional walk later, Davis launched a drive to left field off Shawn Tolleson (0-2), handing the Rangers' closer his fourth blown save.

With his excited teammates waiting at home plate, Davis stopped along the third base line and mimicked a pull-up jumper with his helmet as if he were Golden State Warriors star Stephen Curry next door in the NBA playoffs.

It was the first three-homer game for Davis, who matched his career high with six RBIs. Thanks to his power display, the A's recovered from Madson's first blown save of the year and won their third straight game.

Danny Valencia also homered and drove in a pair of runs for Oakland. Jesse Hahn, called up from the minors to make the start, gave up three runs and 10 hits in 6 2/3 innings.

The A's remain the only team in the majors without a starting pitcher who has lasted more than seven innings this season, extending their current streak to a franchise-record 78 games.

Oakland has 12 home runs in its last five games after hitting six in its previous 11.

Davis has 30 homers since Aug. 6, one more than Colorado's Nolan Arenado for most in the majors during that span.

Adrian Beltre and Nomar Mazara also homered for the Rangers. Every starter had a hit for Texas.

Rangers: Jurickson Profar has begun to play second base at Triple-A Round Rock in anticipation of Rougned Odor serving his suspension. "He can play second if it becomes necessary," manager Jeff Banister said. "We think it's necessary for him to get reps at second." ... RHP Yu Darvish (right elbow surgery) threw 68 pitches in five innings in his latest rehab start and could possibly make another start this weekend before rejoining the Rangers. "We want to make sure Darvish feels good tomorrow before we make the call," Banister said. ... OF Shin-Soo Choo (strained right calf muscle) also appears to be on the way back. He'll play in at least one more game at Triple-A.

Athletics: OF Mark Canha will undergo season-ending surgery on his back. "Basically it came down to us -- me, the doctors and the trainers -- deciding that surgery would be the best route for this," Canha said, "just because of where we are in the chronology of the injury." Canha is one of 11 A's on the disabled list, the most at any one time since 1989. "We've lost several guys here," manager Bob Melvin said. "At least this way, after looking at it, it won't affect his season next year." ... C Josh Phegley went on the DL before the game and the A's recalled C Max Muncy.

Rangers: LHP Martin Perez (1-3, 3.23 ERA) starts Wednesday's series finale hoping for a little bit of luck. The Rangers have not scored a run while he's been on the mound over his last two starts, and he's been the starter both times Texas has been shut out this year. Perez threw a three-hit shutout in Oakland two years ago. "That's what I plan to do tomorrow," he said. "But that's my goal every fifth day."