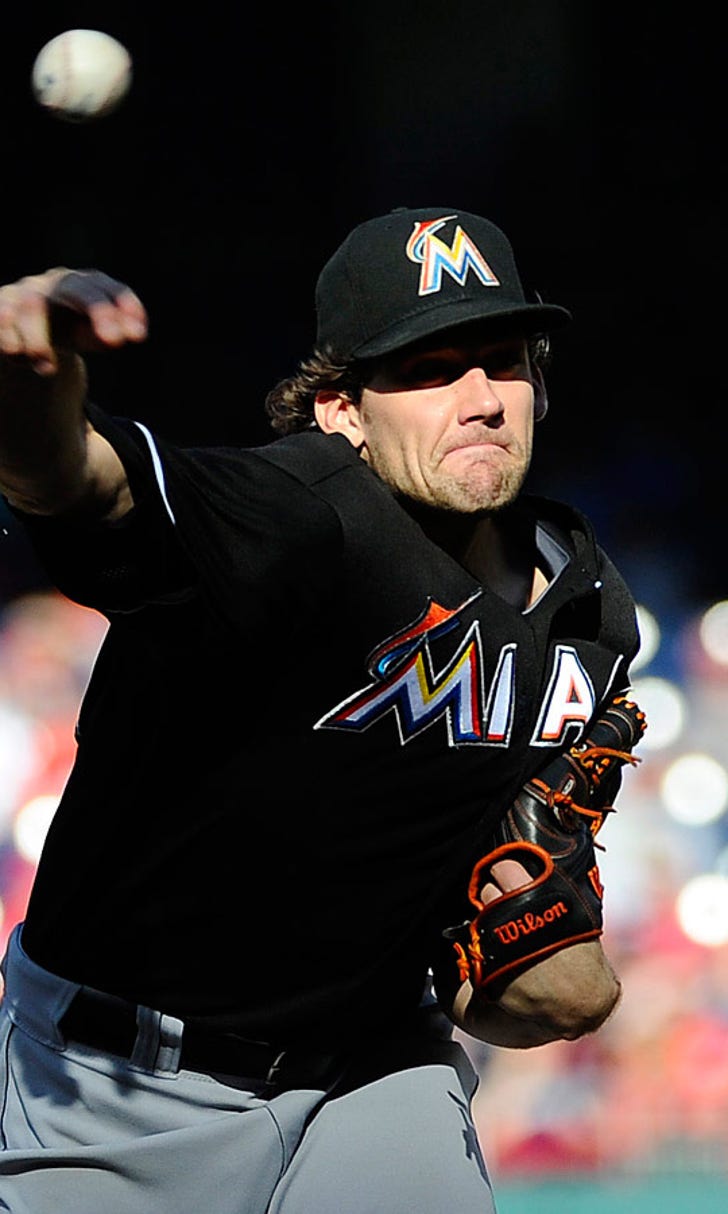 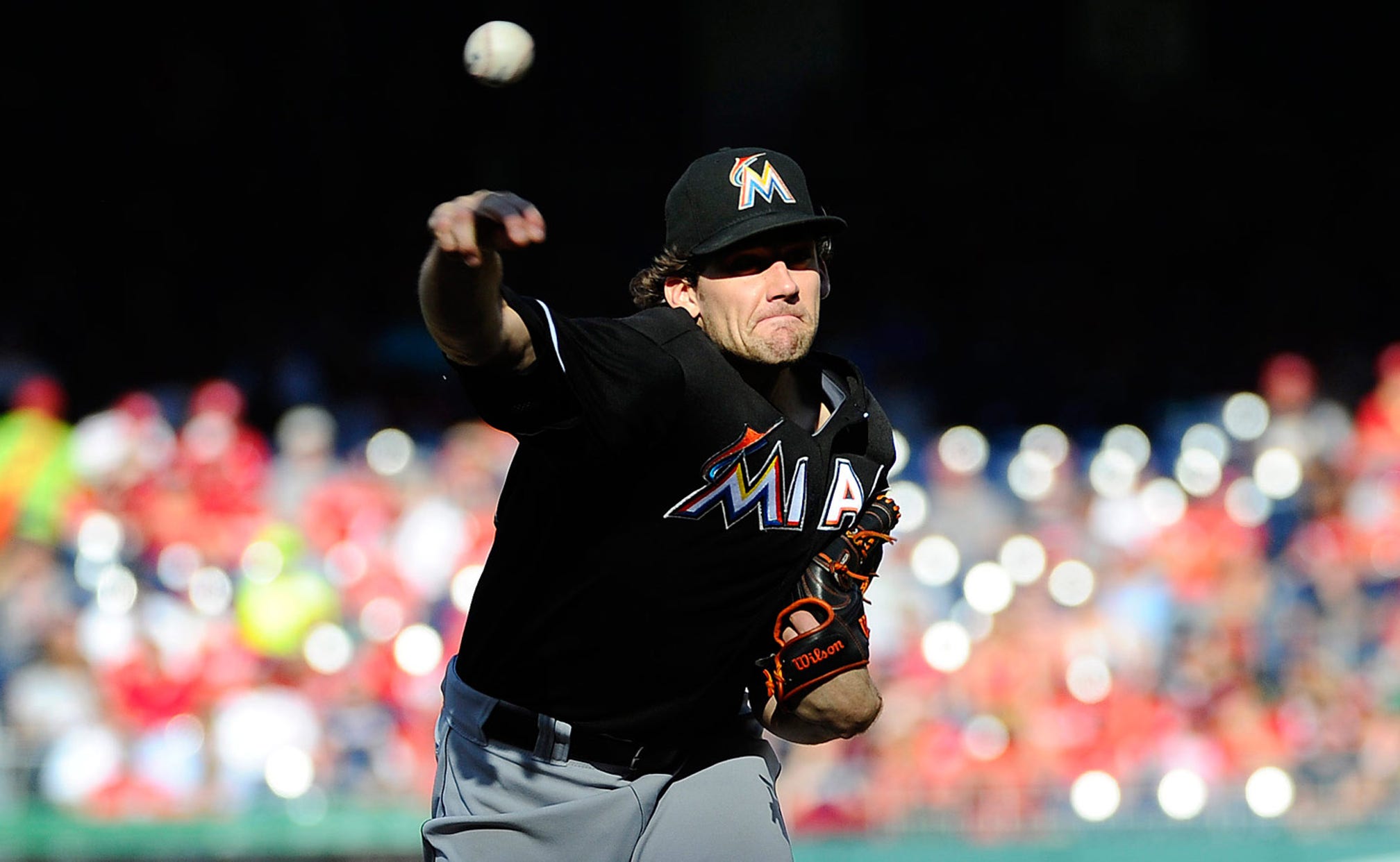 Marlins shut down by Stephen Strasburg in loss to Nationals 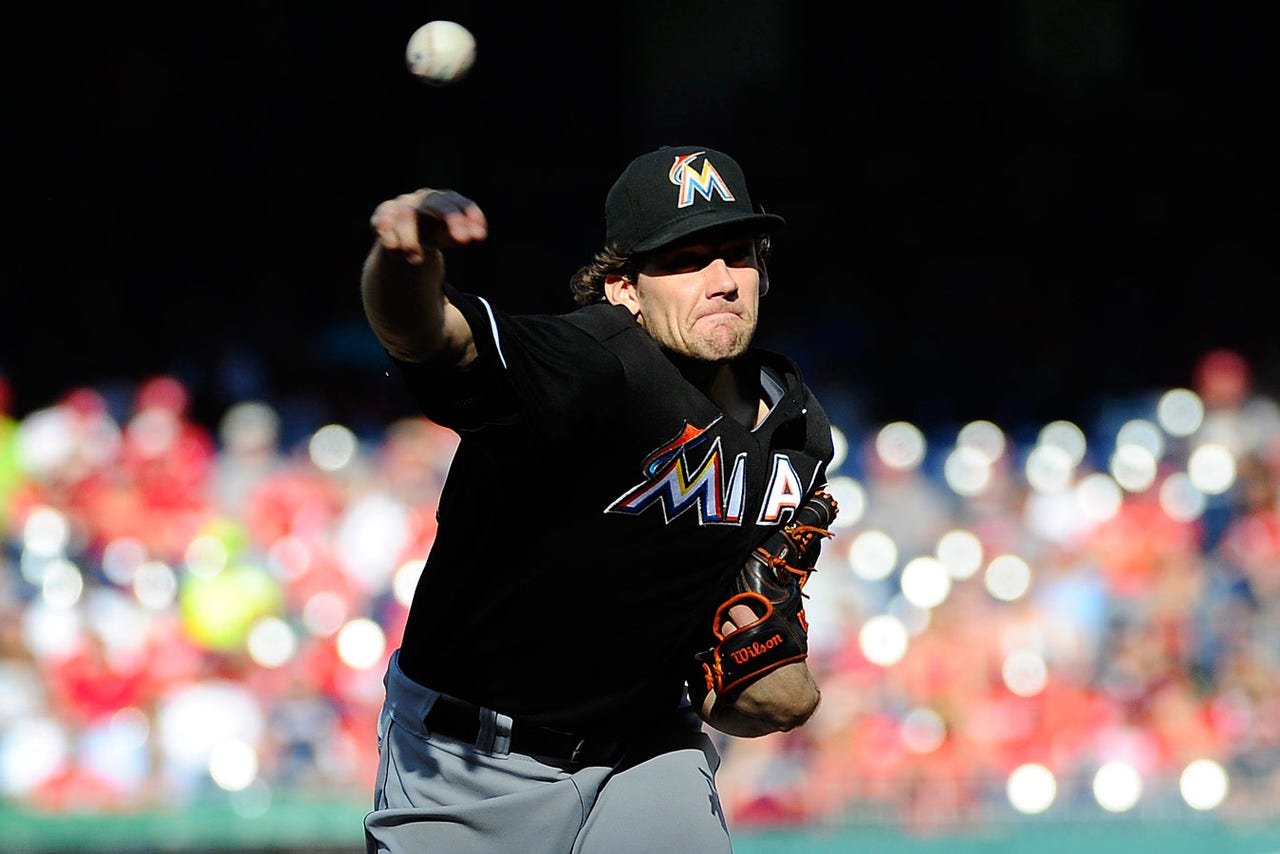 WASHINGTON (AP) -- With little to play for other than pride, and perhaps second place, on the regular season's last weekend, Miami Marlins manager Mike Redmond was looking for whatever positives he could find.

So even when his Marlins were unable to do much at the plate against Stephen Strasburg in a 5-1 loss to the Washington Nationals on Saturday, Redmond pointed to a fine final outing by his starting pitcher, Nathan Eovaldi.

"He's had a tough time in the second half and he's trying to figure it out," Redmond said. "I think there (are) a lot of good things in his start and a lot to build off going forward and for next year. We know he's got great stuff."

"It was nice to see him finish up on a good note. Once again, we couldn't score him any runs," Redmond said. "He pitched well enough to win that ballgame."

The 24-year-old right-hander is 15-35 in his four-year major league career, which began with the Los Angeles Dodgers. And he lost his last eight starts of 2014.

But Redmond wanted to focus on the last two; a week ago, Eovaldi only gave up two runs in six innings against Washington, losing that game 2-1.

Asked if the way his season ended was encouraging, Eovaldi said: "Absolutely. Especially how I was throwing before that: I was just struggling to make it to the fifth inning. And now these last two starts we've made some mechanical adjustments and started mixing up the pitches and throwing more off-speed pitches."

The Marlins entered Saturday tied with the Braves and Mets for second in the division behind the Nationals, but they couldn't do much against Strasburg, who continued his late-season surge for the team with the NL's best record.

Strasburg took over the league lead in strikeouts and gave up only two hits through six scoreless innings in his last tuneup start ahead of his first postseason.

"His strength is good. He's throwing the ball where he wants to, making pitches where he needs to. Typical Stephen of what we've seen all year long," Nationals manager Matt Williams said. "I think he's pitching really well. I think he's ready for next week."

With shadows stretching across the field after the 4:07 p.m. first pitch, Strasburg (14-11) spotted his fastball at 97 mph and mixed in breaking balls that confounded a Marlins lineup missing the injured Giancarlo Stanton. Strasburg finished with seven strikeouts -- giving him 242, three more than Clayton Kershaw of the Dodgers -- and one walk.

"That's what he used to look like when he was in college, being able to pump it up like that for seven, eight innings," said Bryce Harper, who dashed home and scored on a head-first slide when Strasburg was credited with an RBI on a sacrifice bunt. "`Stras' has been unbelievable for the past month, and pretty much all year long, he's been great. So it's a lot of fun to watch."

"My arm felt good," Strasburg said. "Just went out there and tried to execute pitches. My changeup was working really well and I threw my curveball for strikes when I needed to."

Next up will be the playoff debut for the No. 1 overall pick in the 2009 amateur draft. Two years ago, when they also had the NL's best record, the Nationals shut down Strasburg in September to limit his innings as he came back from reconstructive elbow surgery.

On Saturday, Strasburg gave up a double to Jeff Mathis, and a single to Casey McGehee on a liner that went off right fielder Jayson Werth's glove. That one originally was ruled an error, then changed to a hit.

"It was a tough day for us offensively," Redmond said. "We didn't get anything going, really."

On Sunday, in Game 162, Marlins RHP Henderson Alvarez (12-6, 2.70 ERA) faces Nationals RHP Jordan Zimmermann (13-5, 2.78). It's Zimmermann's first outing since taking a line drive off the side of his pitching shoulder against Miami last weekend.