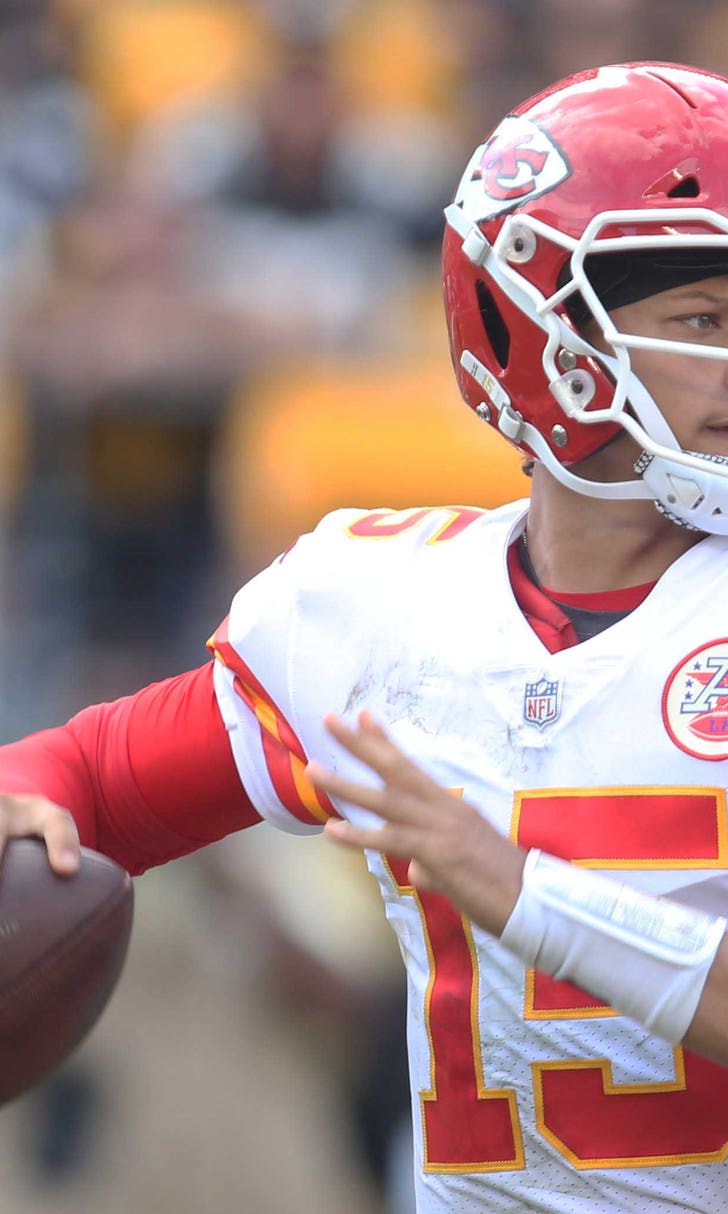 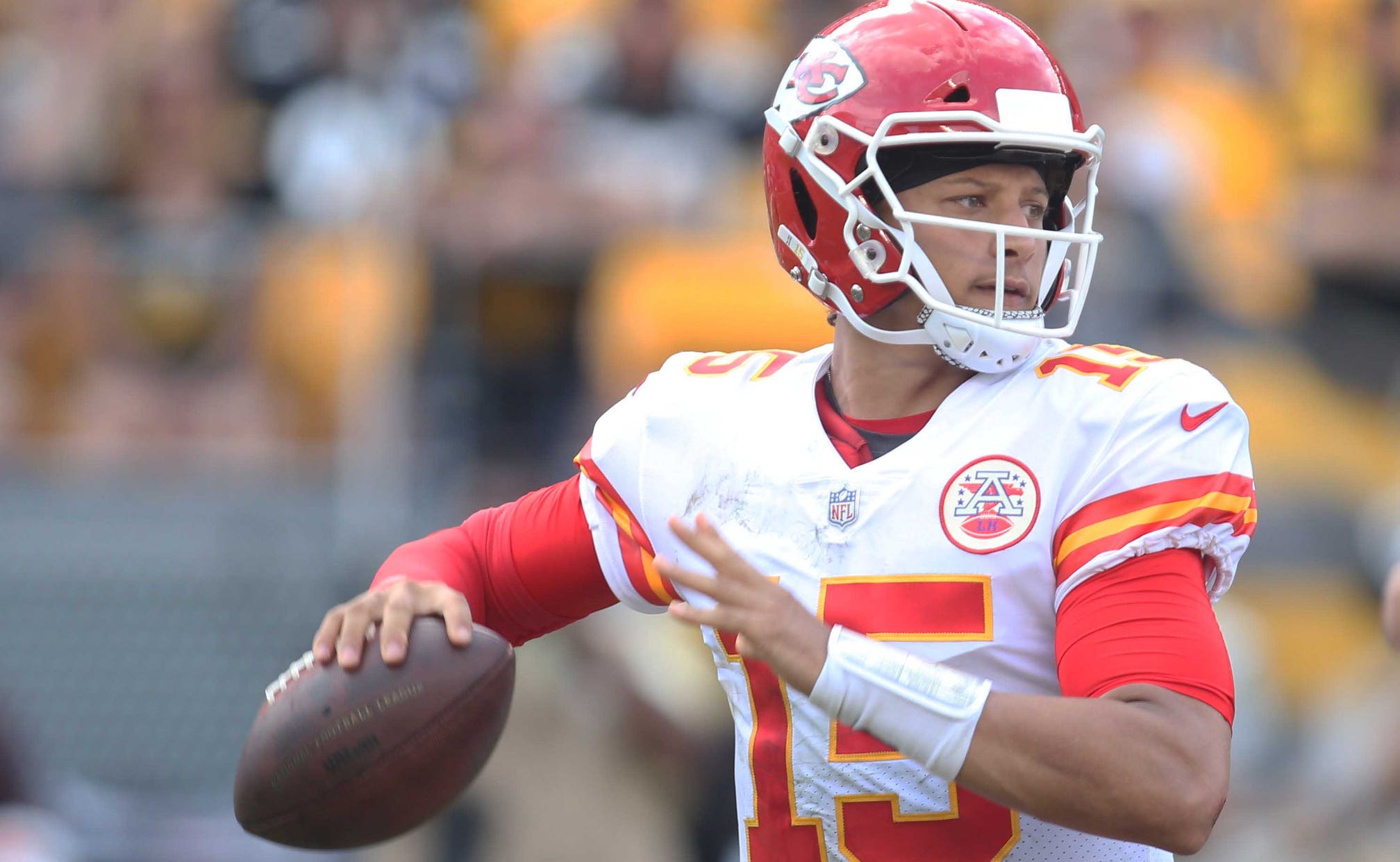 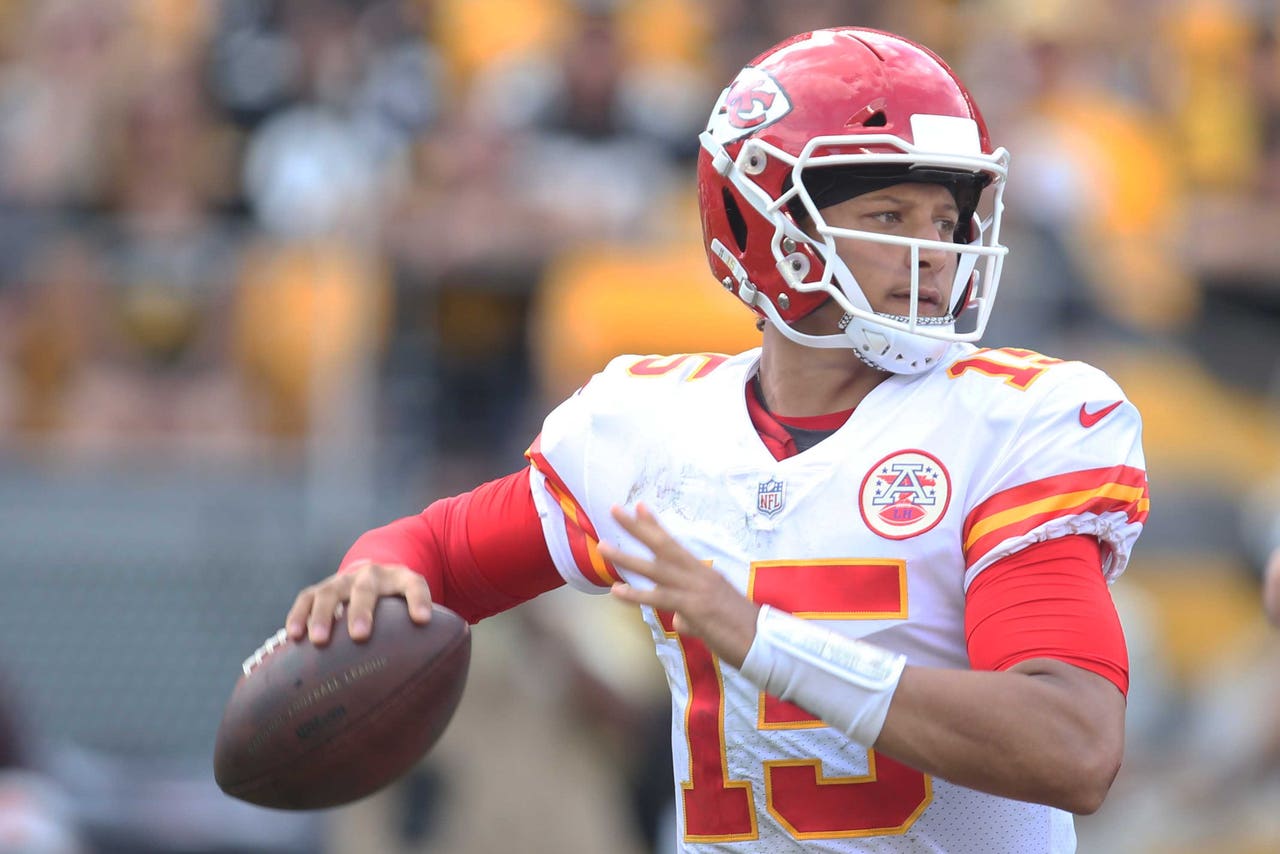 Mahomes tossed six touchdown passes at Pittsburgh after throwing four in the opener at the Chargers. His 10 TDs are the most in NFL history by a quarterback in his team's first two games of a season. Manning has the most through three games with 12 in 2013 for Denver and Brady is second with 11 in 2011.

Mahomes, who turned 23 Monday, is the youngest quarterback with at least six TD passes in a single game. He also had more TDs than incomplete passes in that game.

The second-year pro makes his first career start at home when the Kansas City Chiefs (2-0) host San Francisco on Sunday.

Here's a look inside more numbers going into Week 3:

FITZ-MAGIC: Ryan Fitzpatrick is only the third quarterback to have 400 yards passing and four TDs in consecutive games, joining Hall of Famer Dan Marino (1984) and Billy Volek (2004). No one has done it three straight games.

JERRY HAS COMPANY: DeSean Jackson's 75-yard touchdown catch against the Eagles, his former team, gave him 23 career TDs of at least 60 yards, tying him Hall of Famer Jerry Rice for most scores from that distance.

EVERYBODY SCORES: The 174 touchdowns scored through Week 2 are the most at this point in NFL history. The 1,506 points scored rank second all-time through Week 2. There were 1,556 in 2012.

DOWN TO THE WIRE: Already 21 games have been decided by one score, third-most in league history through Week 2. That equals 66 percent of games played. Four more games have been within 8 points in the fourth quarter.

COMEBACKS: Nine teams have come back to win or tie after trailing in the fourth quarter. The Packers, who overcame a 20-3 fourth-quarter deficit in a win over Chicago in Week 1, wasted a 20-7 lead after three quarters in a 29-29 tie with Minnesota.

RECORD PACE: Michael Thomas has 28 receptions through two games for New Orleans and is on pace to catch 224 passes, which would shatter Marvin Harrison's single-season record of 143.

Time Is Not On The Bucs' Side
The clock is ticking for Tom Brady and Bruce Arians to get on the same page, Geoff Schwartz writes.
3 days ago

Tom vs. Mahomes' Time
It's the Patrick Mahomes era. But can Tom Brady possibly turn back the clock Sunday against the Chiefs and his heir apparent?
6 days ago

Keep It A Buc
After another shaky performance from Tom Brady, the Buccaneers might have to face some hard truths about their star QB.
November 24