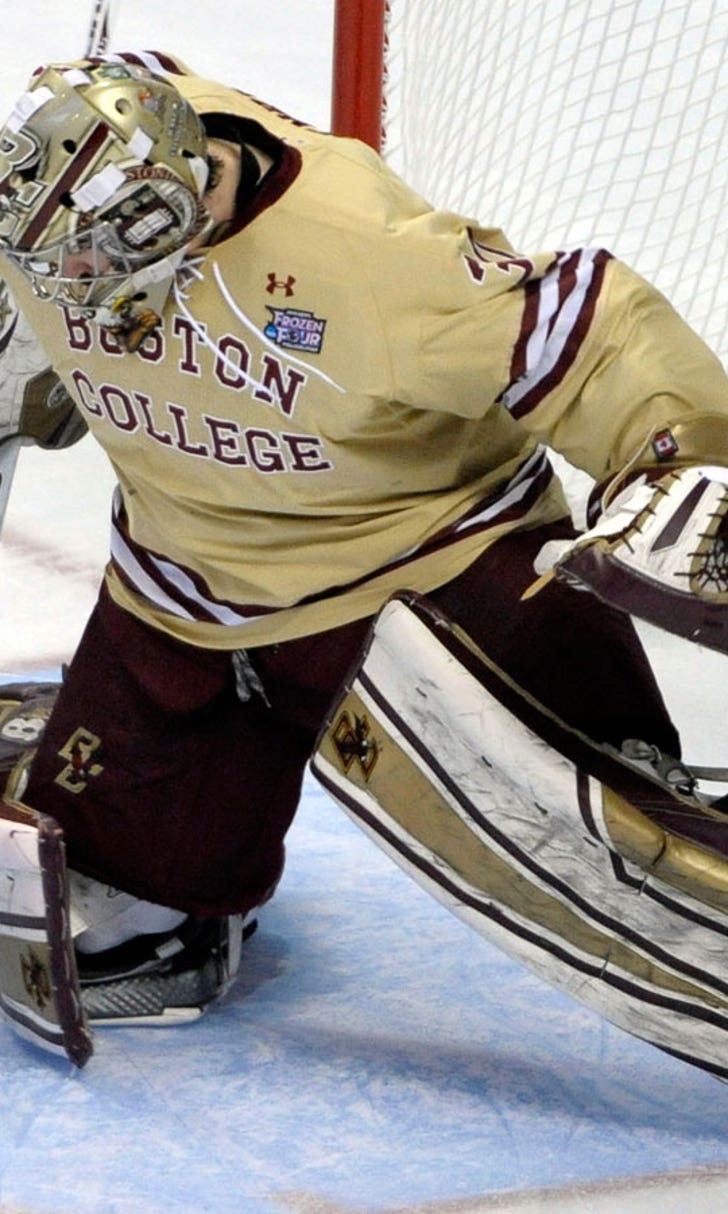 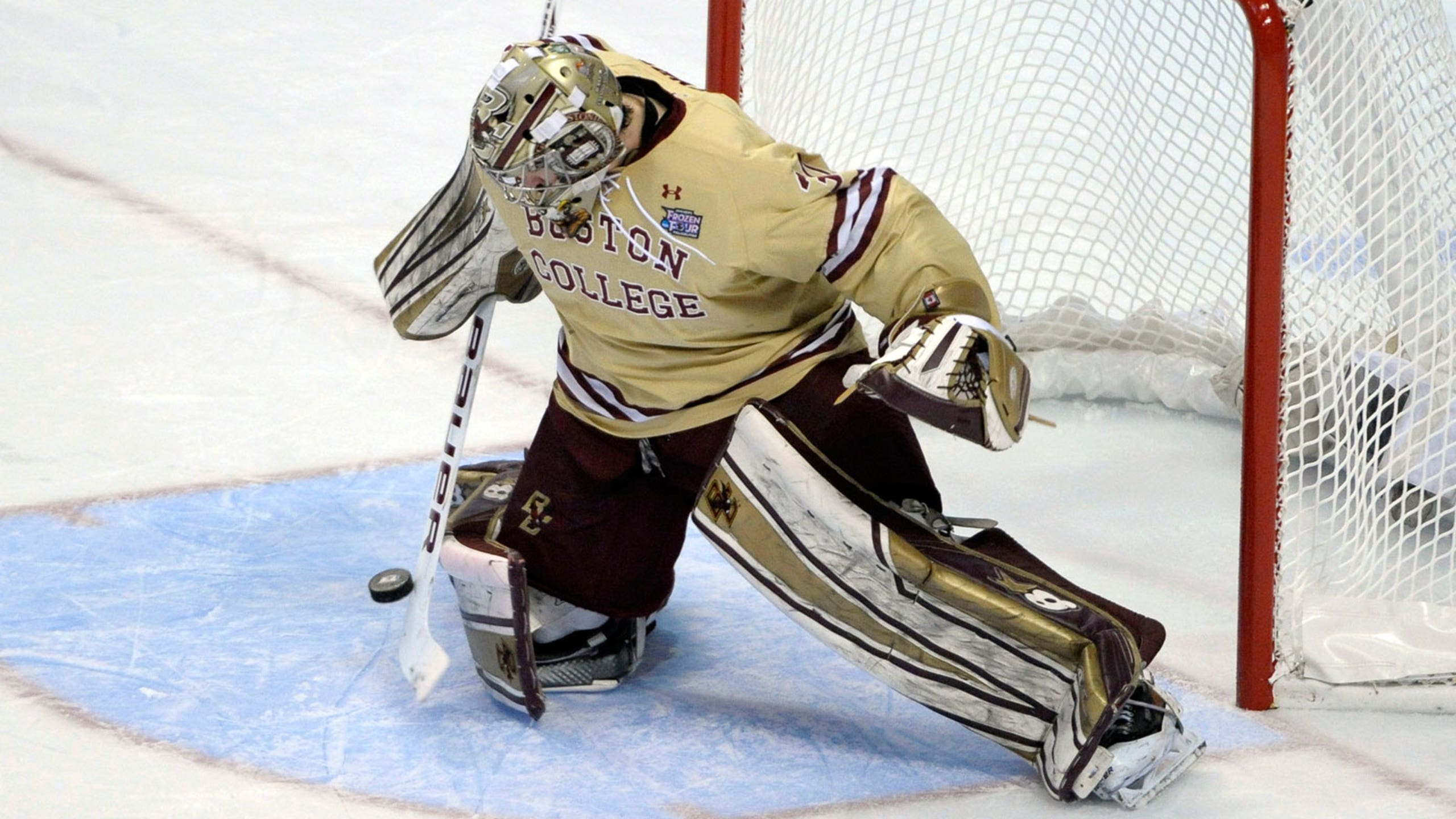 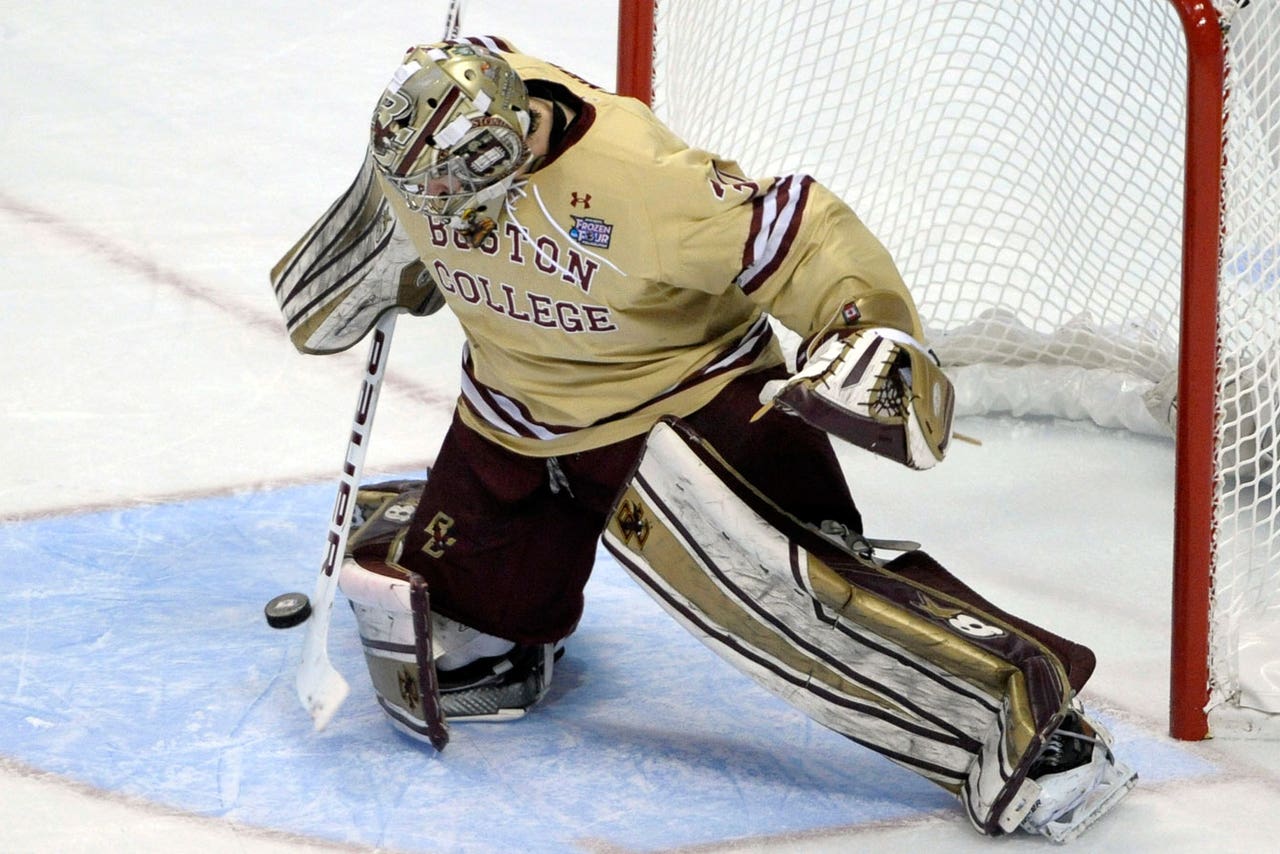 Ryan Miller might want to watch out. Vancouver goaltending prospect Thatcher Demko is putting up some incredible numbers through his first seven games this season at Boston College. On Tuesday night, Demko back-stopped BC to a 7-0 win over the University of Massachusetts-Amherst to collect his fourth shutout in five games.

Demko, a junior at BC, was selected in the second round (36th overall) of the 2014 NHL Draft by the Canucks. He leads the NCAA this season with a .964 save percentage and a 0.86 goals-against average through seven games.

Tonight - 4th time in last 5 games @@BCHockeyNews Thatcher Demko had a shutout - 1st time a BC goalie has done it. pic.twitter.com/E8cGDRSeWR