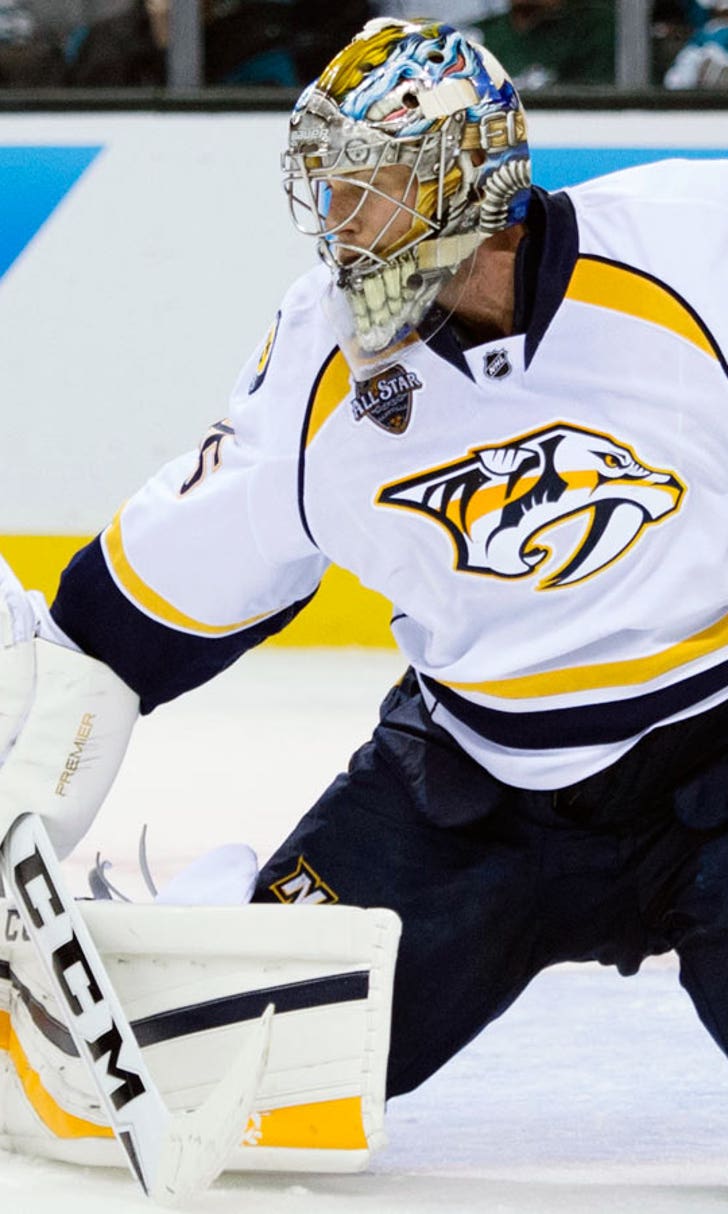 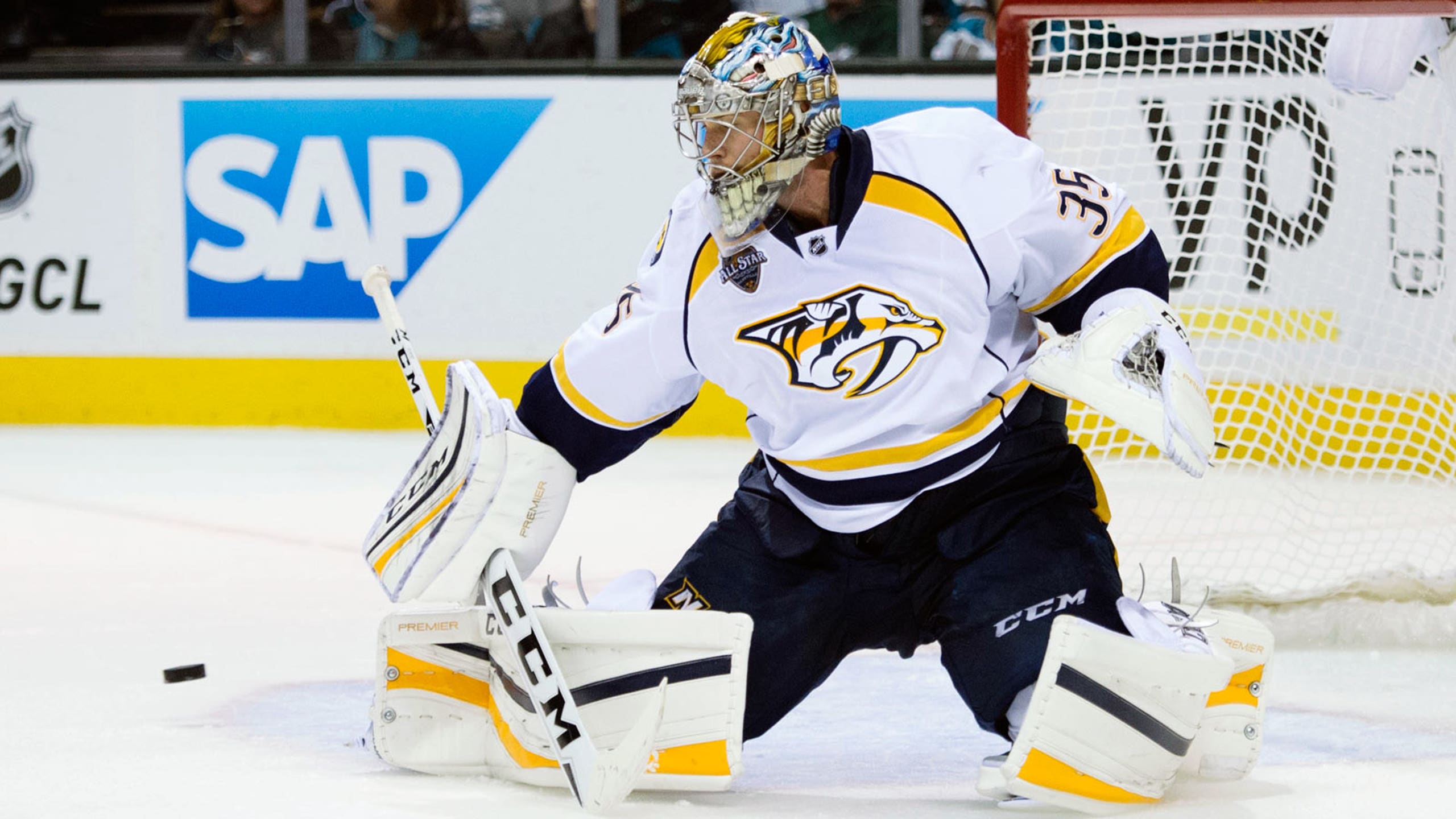 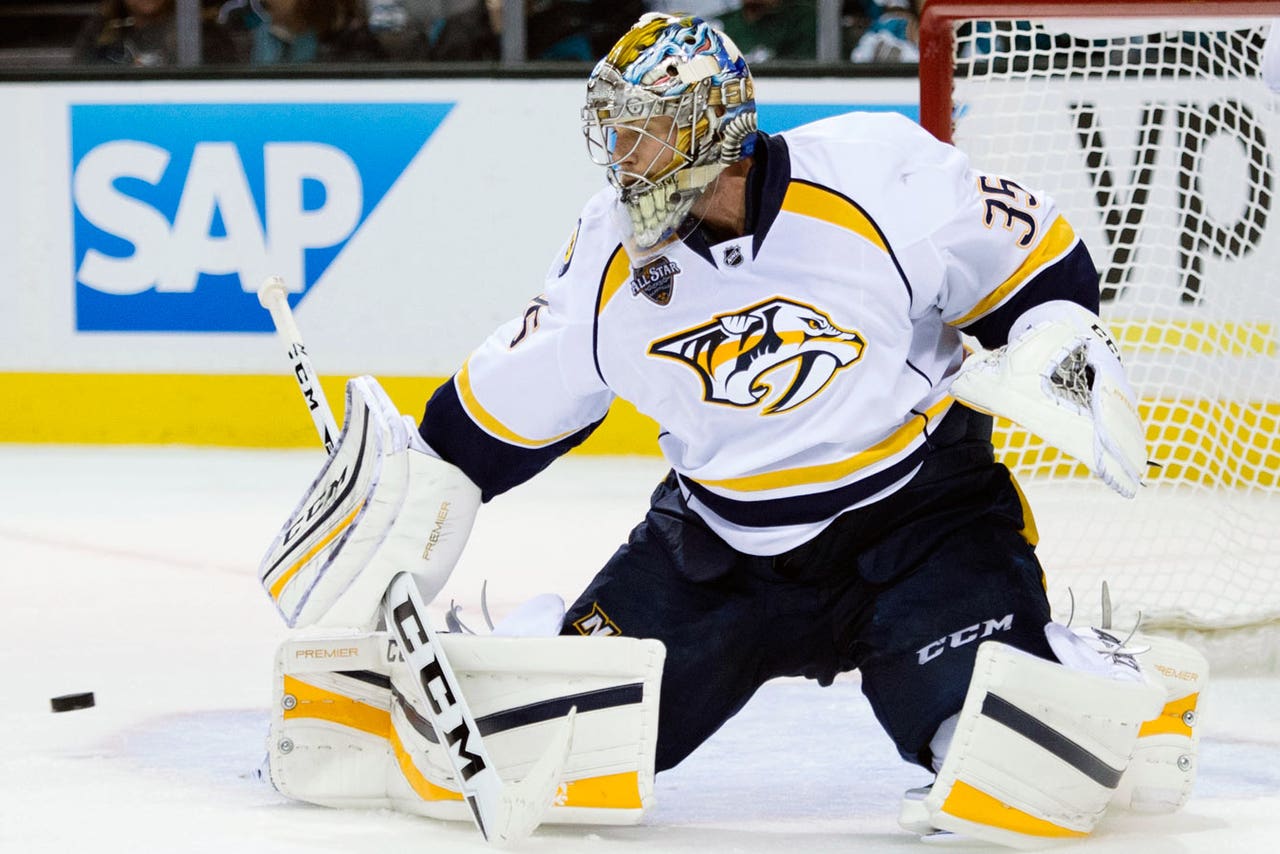 Eric Nystrom prefers to talk defense. He was more fired up about allowing a game-tying goal than he was scoring a goal.

"We're checking the top line and there's nothing better when the game ends you keep a line like that off the scoresheet," Nystrom said. "That's the way we look at it. Scoring a goal is a nice bonus."

Pekka Rinne stopped 20 of 21 shots for the win. He had lost four of his previous five games against the Sharks.

"Once we started taking care of the puck we started playing a little bit better game," Predators defender Barret Jackman said. "They were getting some chances and that was because of our turnovers."

The Predators rebounded from an overtime loss against Pittsburgh on Saturday.

"We played a great road game against a good team," Nystrom said. "We executed very well. We kept them to the outside for the most part. Pekka made some good saves. It was a huge road win for us."

Joe Pavelski scored for the Sharks, who have lost four of five since opening the season with four wins. Martin Jones had 22 saves.

"I didn't like our start," Sharks coach Peter DeBoer said. "Giving up the first goal is critical in a game like this. We pushed back and we had our chances."

Nystrom scored on a breakaway, squeezing the puck past Jones to his stick side. The goal, less than four minutes into the contest, snapped Nashville's two-game shutout streak in San Jose.

"I do like the way we started," Nashville coach Peter Laviolette said. "I think we're ready when the puck drops and that's a big part of getting out of the gates the right way. It's led to good first periods."

Pavelski scored his fourth goal on a rebound to tie it about 1 1/2 minutes into the third. He was knocked down twice in front of the net and got up just in time to slip the puck past Rinne.

"You feel good about scoring. At the moment you move on and work for the next one," Pavelski said. "They got the next one and that takes away from it a little bit."

The Predators certainly tried to keep Pavelski off his feet during the game.

"We were knocking him around pretty good but we lost him for a second and he put one in," Laviolette said. "We talked about that line and how dangerous it is on rebounds and second shots. But for the most part, I thought we did a good job."

Jankrok, who missed Saturday's game against the Penguins due to illness, went top shelf to beat Jones at 8:52 of the final period. It was his first goal of the season and his first point since the season opener.

The Sharks were 0 of 2 on the power play to extend their scoreless streak to 0 for 13 over the past six games.

"We played them hard all over the ice," Sharks center Tommy Wingels. "We had opportunities to win the special teams game but we didn't."

Notes: The Sharks recalled D Mirco Mueller and then scratched him. ... Predators D Seth Jones has three assists in his last three games. ... Sharks F Ben Smith (head) returned to action after missing three games. ... San Jose F Joonas Donskoi (lower body) was on the ice after missing five games. ... The Predators have yet to allow a first-period goal. ... Nashville plays at the Los Angeles Kings on Saturday. ... The Sharks travel to Dallas for a game against the Stars on Saturday.