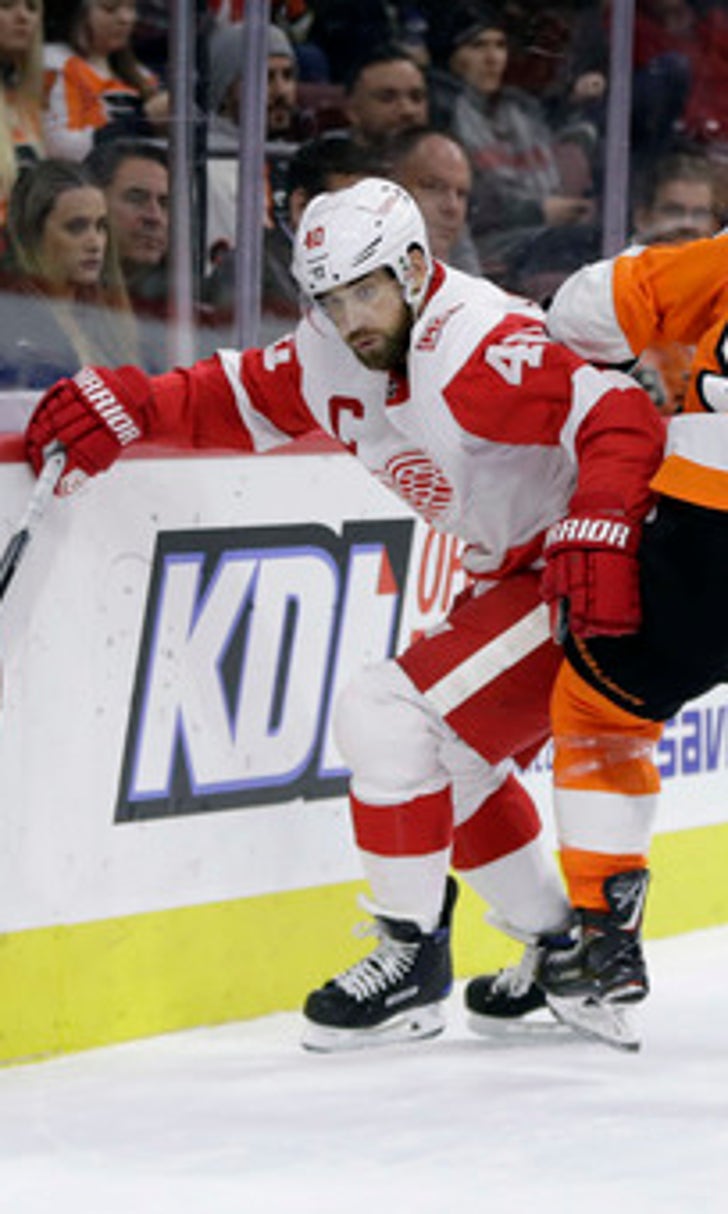 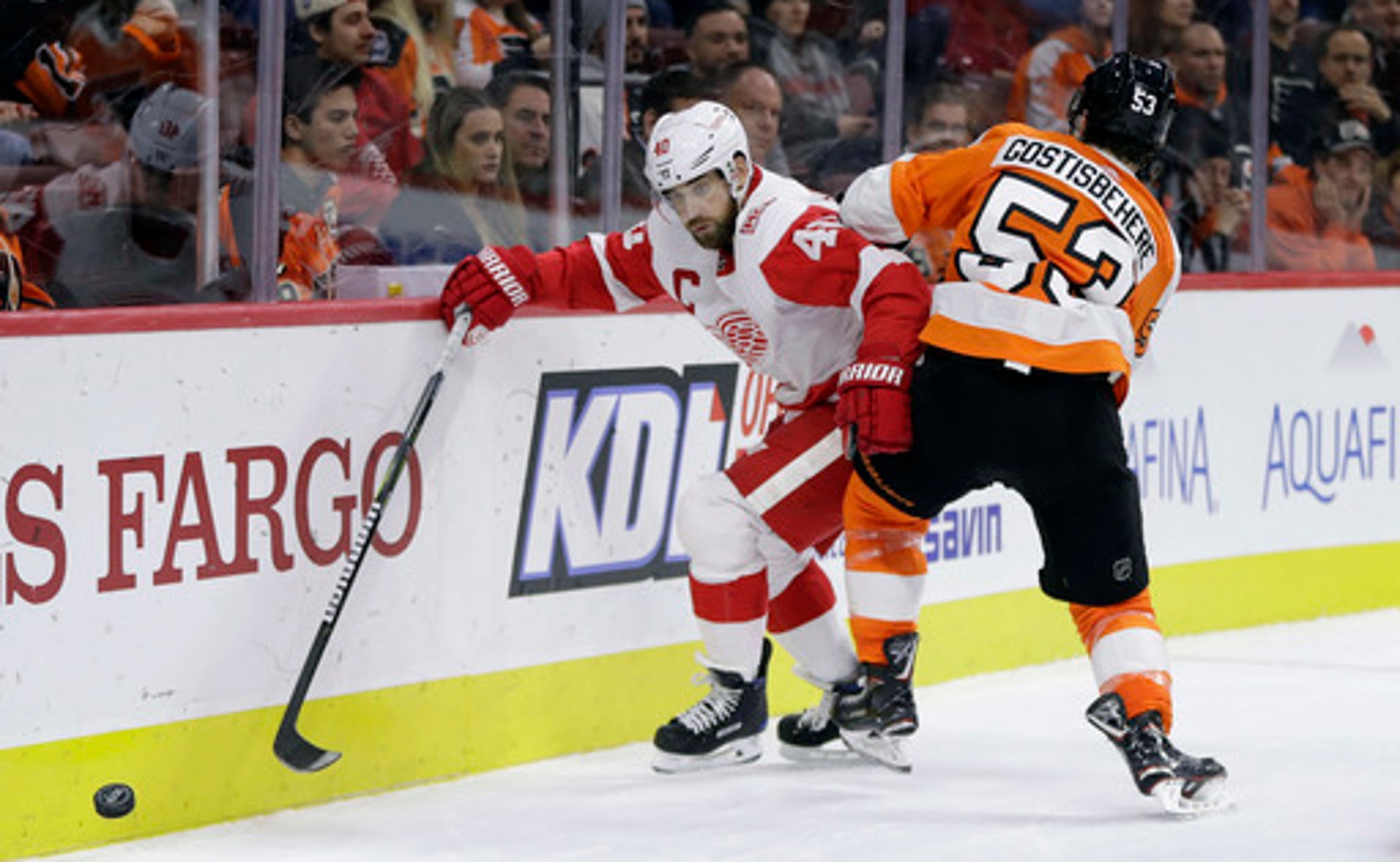 Most importantly, the Philadelphia Flyers found a way to win when they didn't play their best.

Couturier scored off his own rebound to snap a tie early in the third period and the Flyers rallied from two one-goal deficits to beat the Detroit Red Wings 4-3 on Wednesday night.

After a 10-game skid, the Flyers won for the seventh time in eight games and moved within two points of a playoff spot in the Eastern Conference.

''When we went through that streak we were finding ways to lose games,'' said Dale Weise, who along with Wayne Simmonds accounted for the rest of the Flyers' scoring. ''Now we're sitting here 7-1 in our last eight and we're finding ways to win games when we don't play complete games. That's what I think good teams do.''

Claude Giroux had three assists, Patrick had his first point in 10 games and Brian Elliott made 25 saves in his ninth straight start as the Flyers finished a five-game homestead 4-1.

''From top to bottom I think we did a good job of keeping everything internal.'' Elliott said of the club's 0-5-5 stretch. ''We talked it out, we changed some things systematically and we had that belief throughout the whole organization that we can do it.''

Martin Frk and Mike Green had power-play goals, Gustav Nyquist also scored and Jimmy Howard made 27 saves for the Red Wings. They were trying to win three straight for the first time this season.

''It was just a hard game,'' Frk said. ''We knew they were good offensively and they cored a couple of nice goals.''

Couturier, in his seventh season, set a career high for goals in a season with his team-best 16th when he beat Howard with a second-chance shot at 5:57.

The Red Wings were steamed at the end of the game as it appeared they were going a man-up when Jakub Voracek was called for elbowing with 2:06 left. But it was evened up when Andreas Athanasiou was given an embellishment penalty on the play.

''Either you make a call or you don't make a call at all,'' center Henrik Zetterberg said.

The Flyers tied it at 2 on the power play in a wild second period when Simmonds finished perfect tick-tack-toe passing from Voracek and Giroux at 10:48 for his 11th goal.

Nyquist's 10th goal 41 seconds later put Detroit ahead 3-2, but Hagg answered at 13:40 on a slap shot through traffic. Simmonds raced into the net to retrieve the puck for Hagg, who was playing in his 35th NHL game, and he was swarmed by his teammates.

''I kind of blacked out,'' a smiling Hagg said.

The Flyers struck first at 15:19 of the first period when Weise collected a rebound and scored on a wraparound after Patrick won a faceoff against Darren Helm.

''I thought that was one of his better games,'' said Weise, a linemate. ''I think he's been coming on strong the past four or five games.''

Frk's second goal in as many nights tied it with with 1.3 seconds left in the first as he took a feed from Dylan Larkin on the power play.

Detroit went ahead 2-1 5:50 into the second period on Green's point shot as Jordan Weal served a double-minor for high-sticking.

Red Wings: At Boston on Saturday.

Flyers: At Buffalo on Friday night.

Sean Couturier
share story
those were the latest stories
Want to see more?
View All Stories
Fox Sports™ and © 2020 Fox Media LLC and Fox Sports Interactive Media, LLC. All rights reserved. Use of this website (including any and all parts and components) constitutes your acceptance of these Terms of Use and Updated Privacy Policy. Advertising Choices. Do Not Sell my Personal Info