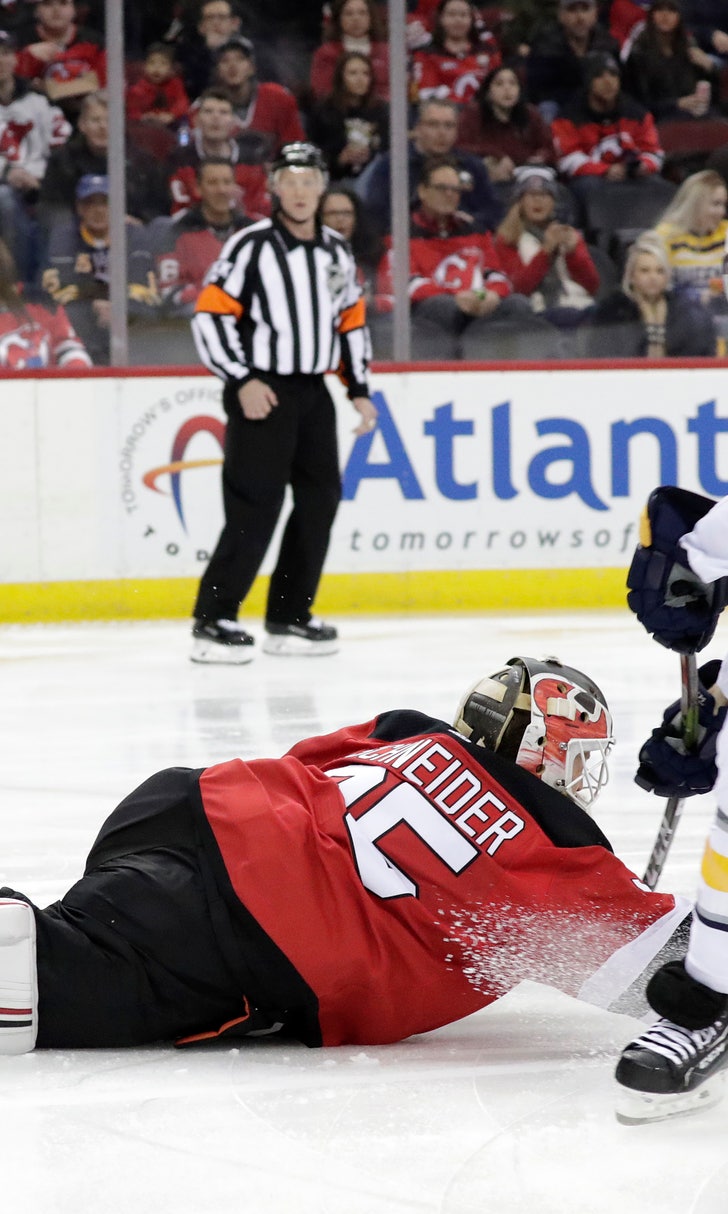 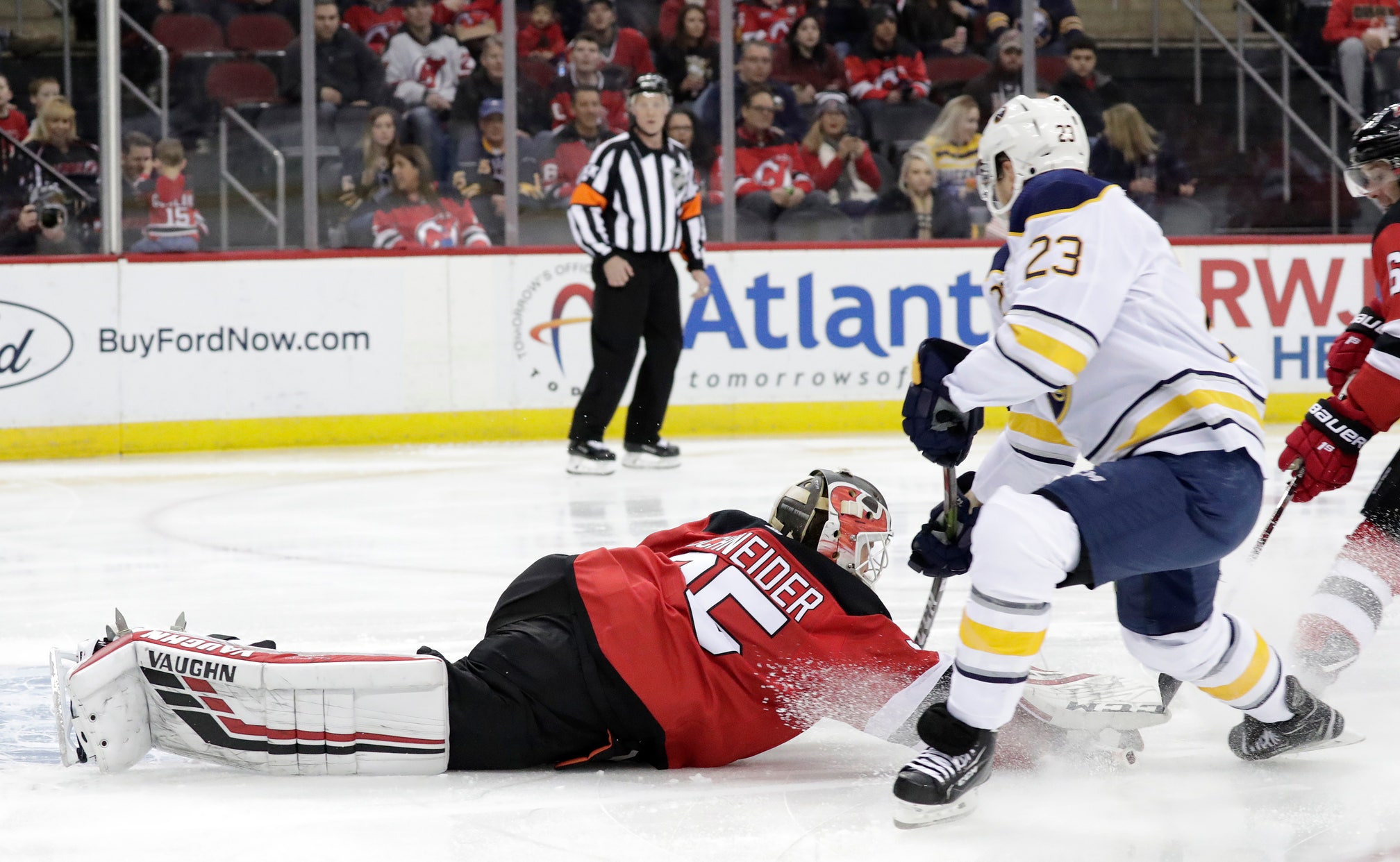 NEWARK, N.J. (AP) — After going more than 13 months between wins, Cory Schneider is on a winning streak. So are the New Jersey Devils.

Schneider made 34 saves to pick up his second win in three days and Kyle Palmieri had a goal and two assists as the Devils posted a 4-1 victory over the slumping Buffalo Sabres on Sunday night.

"I strive to be consistent and obviously you know the past year hasn't really been that at all," said Schneider, who struggled to regain his form after hip problems that required offseason surgery. "But to get back to that and the guys know what they're going to get every single night, that I'm going to give them a chance to win is really important to me and I think to the team."

Schneider has been outstanding his past two games. He stopped 15 shots in relief of Keith Kinkaid in an overtime win over Minnesota on Friday and was nearly perfect against the Sabres, who have not had consecutive wins since the start of the year.

"We found a way to claw back and get that win for him," Palmieri said of the game against the Wild. "Hopefully this is the start of Cory Schneider of old and he can keep growing that confidence and keep playing well because he plays like he did the other night and tonight he'll give us great chances to win."

Miles Wood, Jesper Bratt and Joey Anderson also scored as the Devils won consecutive games for the second time in 2019.

Sam Reinhart scored for the Sabres, whose wild-card playoff chances took a hit with a second loss in three days. Carter Hutton made 20 saves as Buffalo fell six points behind Pittsburgh in the race for the final wild-card spot.

"It doesn't make it easier with other teams winning, but we don't feel like we are toast at all," Reinhart said. "It doesn't take much to turn around. We need to bear down and start putting up more points. We are focused on getting back and getting ready for the Panthers. It's another opportunity to put up points, but it's tough to swallow."

After a scoreless first period, the Devils jumped to a 2-0 lead as Palmieri set up on goals by Wood and Bratt.

Wood got the first one from right in front at 7:25 of the second with a quick rush up the ice. He sent a pass to Travis Zajac who tipped it to Palmieri, who found Wood coming down the middle of the ice for his sixth goal.

Bratt doubled the margin with 6:22 left in the period early in a power play. He took a pass from Palmieri in the right circle and one-time a shot past Hutton for his sixth goal.

The Sabres got back in the game with 56 seconds left in the second when defenseman Zach Bogosian made a nifty, cross-ice pass to Reinhart for a shot into an open net.

Palmieri iced the game with his team-high 26th goal. He broke in on the right side and roofed a shot from the faceoff circle. Joey Anderson added a short-handed, empty-net goal with 3:09 to play.

"In the third, we protected the lead well but stayed on the offense and Palms scored a huge goal for us and the penalty kill with the empty net right away to kind of put it away," Schneider said.

NOTES: Sabres C Casey Mittelstadt returned to the lineup after missing two games with a lower-body injury. ... Devils captain Andy Greene left the ice in the first period after being hit by the puck near his facial area. He returned later in the period. ... Devils C Pavel Zacha missed his first game since early November with an upper-body injury. ... New Jersey has a power-play goal in five straight games.

Sabres: Start a Florida swing, playing the Panthers on Tuesday night and Lightning on Thursday night.