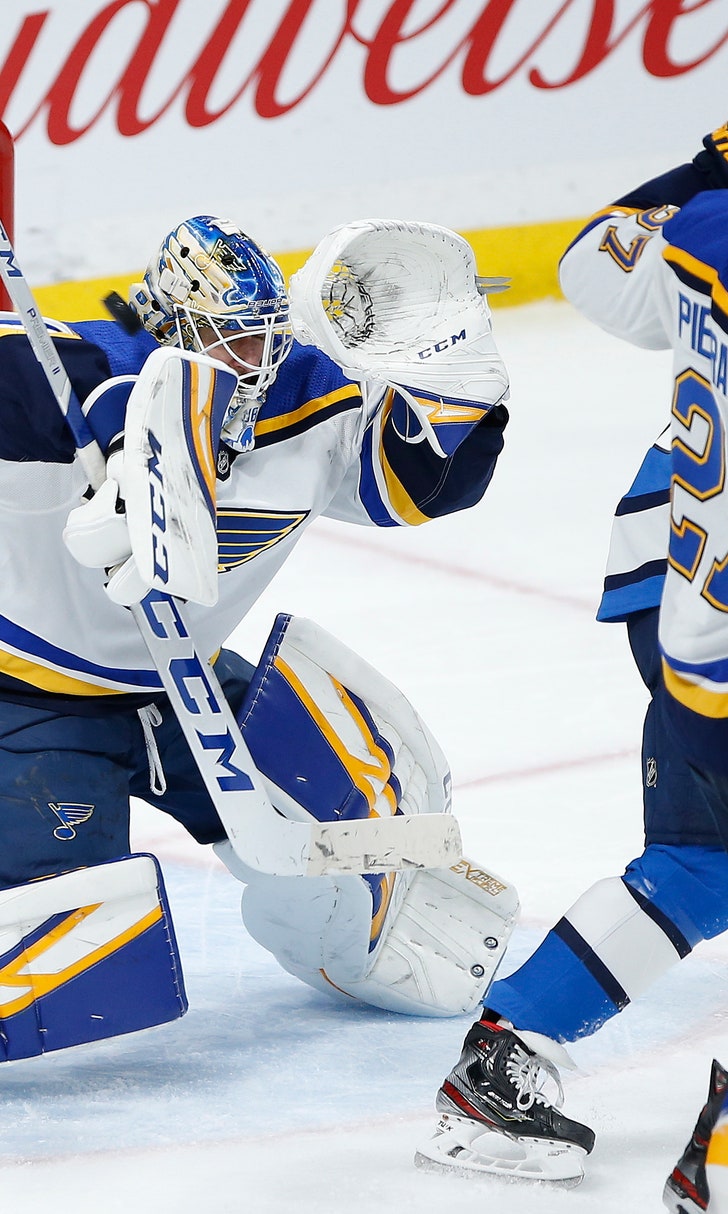 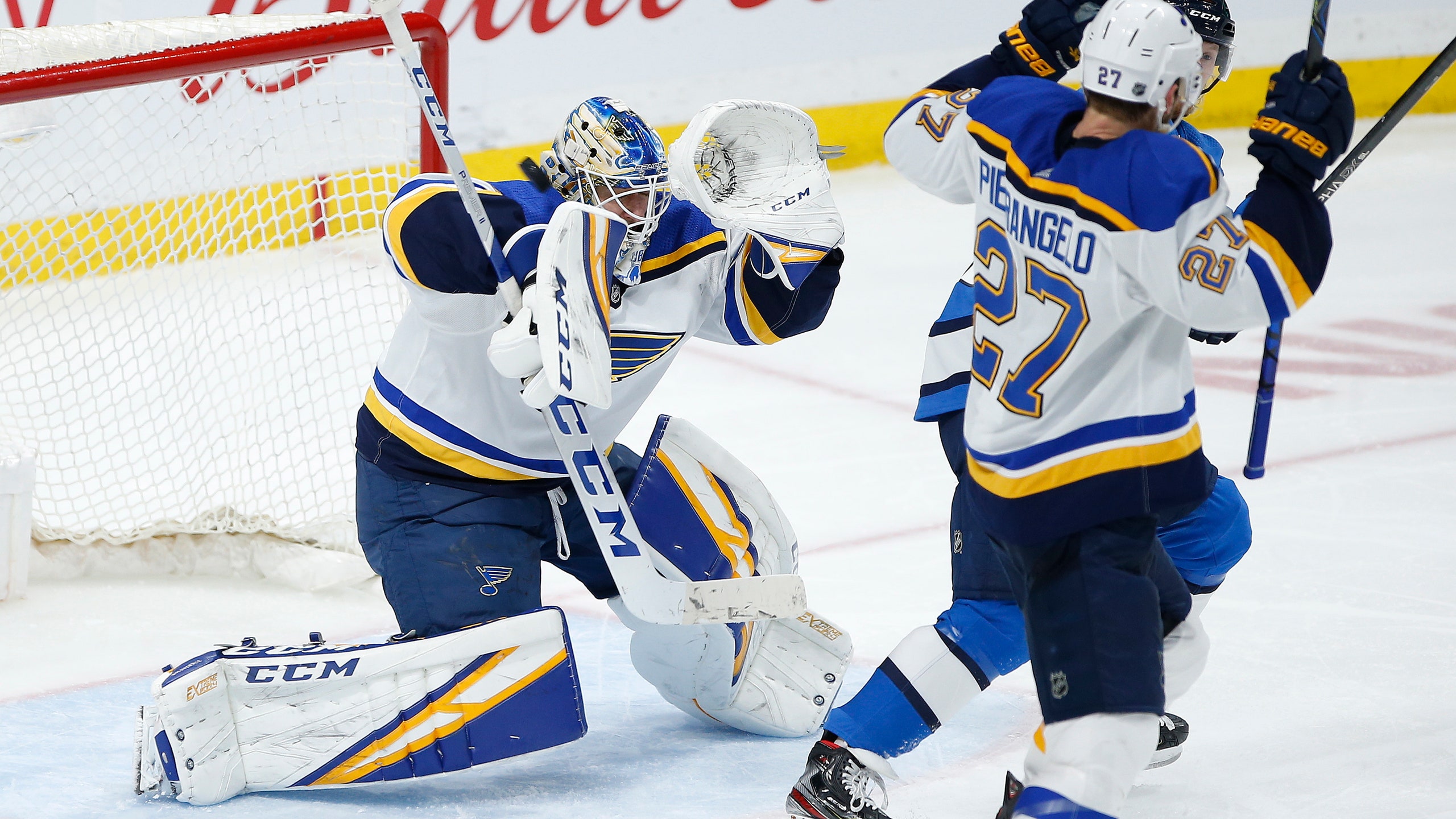 WINNIPEG, Manitoba (AP) — Jack Roslovic had two goals and an assist to lead the Winnipeg Jets to a 5-2 victory over the St. Louis Blues on Saturday night.

The Jets snapped a five-game losing streak and are 12-12-2 at home this season.

Roslovic believes the Jets are on the cusp of a second-half surge.

“It’s important to have one of those games and get the win,” Roslovic said. “So, I’m excited for the team and I think this is going to be the spark for the playoff push that we need to go on.

“It’s huge, especially against a team like that, a team that is high up in the standings. We can play with anybody. As far as that goes, it’s huge for us.”

Connor Hellebuyck was outstanding in net for the Jets, stopping 38 shots. Jordan Binnington made 28 saves for the Central Division-leading Blues.

“He was all right tonight,” Binnington said of the Jets starting netminder. “He was pretty solid.”

After the Blues pulled to within 3-2 with 4:10 left, Winnipeg captain Blake Wheeler put the game away with an empty-net goal with 1:31 left. Patrik Laine added another empty-netter with 21 seconds remaining.

Ryan O’Reilly had scored with 4:10 left in the game to get the Blues within a goal, when he beat Hellebuyck off a feed from Zach Sanford.

Brayden Schenn had broken Hellebuyck’s bid for a league-leading fifth shutout when he scored off a perfect feed from Jaden Schwartz at 13:20 of the third period.

“We know they have a lot of firepower and they’re fighting for their lives,” O’Reilly said. “They’re going to play desperate and you see from that, they get that first goal and get a bit of confidence and go from there. And for us, we have to play tougher on them.”

The Jets took a 3-0 lead into the final frame. Roslovic scored his second goal of the game when he put away a Dmitry Kulikov rebound with 2:55 remaining in the frame. Roslovic then sent Copp toward the net with a backhand pass and the Winnipeg center beat Binnington with just 15 seconds left in the period. Sami Niku, who had assisted on the first goal, recorded his second assist of the game.

“We just tried to play with speed, not do too much through the neutral zone,” Copp said. “(Roslovic) made a great play on my goal. And then, just some good work by him on the second one. And then, the bounce on the first.”

Winnipeg led 1-0 after the first 20 minutes. Roslovic snapped a shot past Binnington on the stick side late following a nifty feed from Niku.

Both goalies were sharp in the first period with Binnington stopping Scheifele from in close, while Hellebuyck was forced to stop several dangerous shots, especially early in the first.

The Jets will play host to the Nashville Predators in the final match of a three-game homestead on Tuesday, before heading to St. Louis to face the Blues on Thursday.

NOTES: Blues forward Alexander Steen – the son of legendary Jets center Thomas Steen – celebrated his 1,000th NHL game Saturday night. Fans gave him a standing ovation during a short video tribute during a break in the action in the first period. Thomas Steen will be officially inducted into the Jets Hall of Fame during a game in Winnipeg on Feb. 11. ... Winnipeg forward Mathieu Perreault, who was forced out of Friday’s game with an undisclosed injury, did not suit up against the Blues. He was replaced in the lineup by Logan Shaw, a recent call-up from the Manitoba Moose.

Jets: Host Nashville on Tuesday, the last game of a three-game homestand.