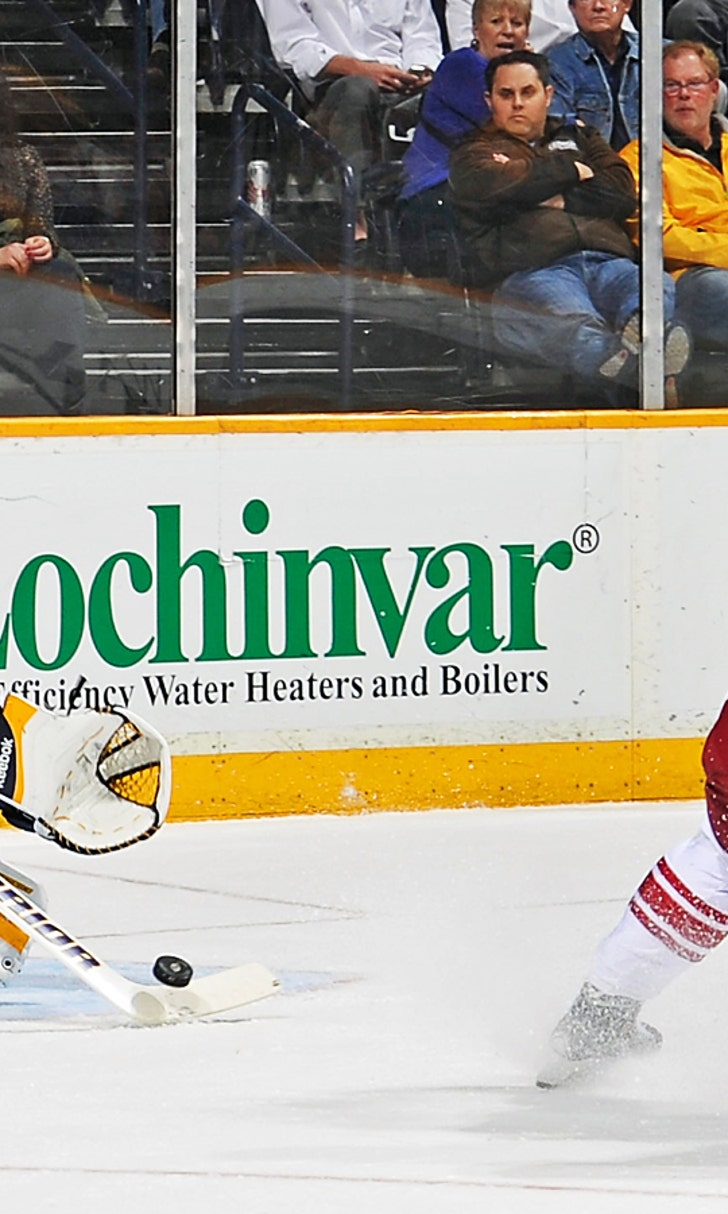 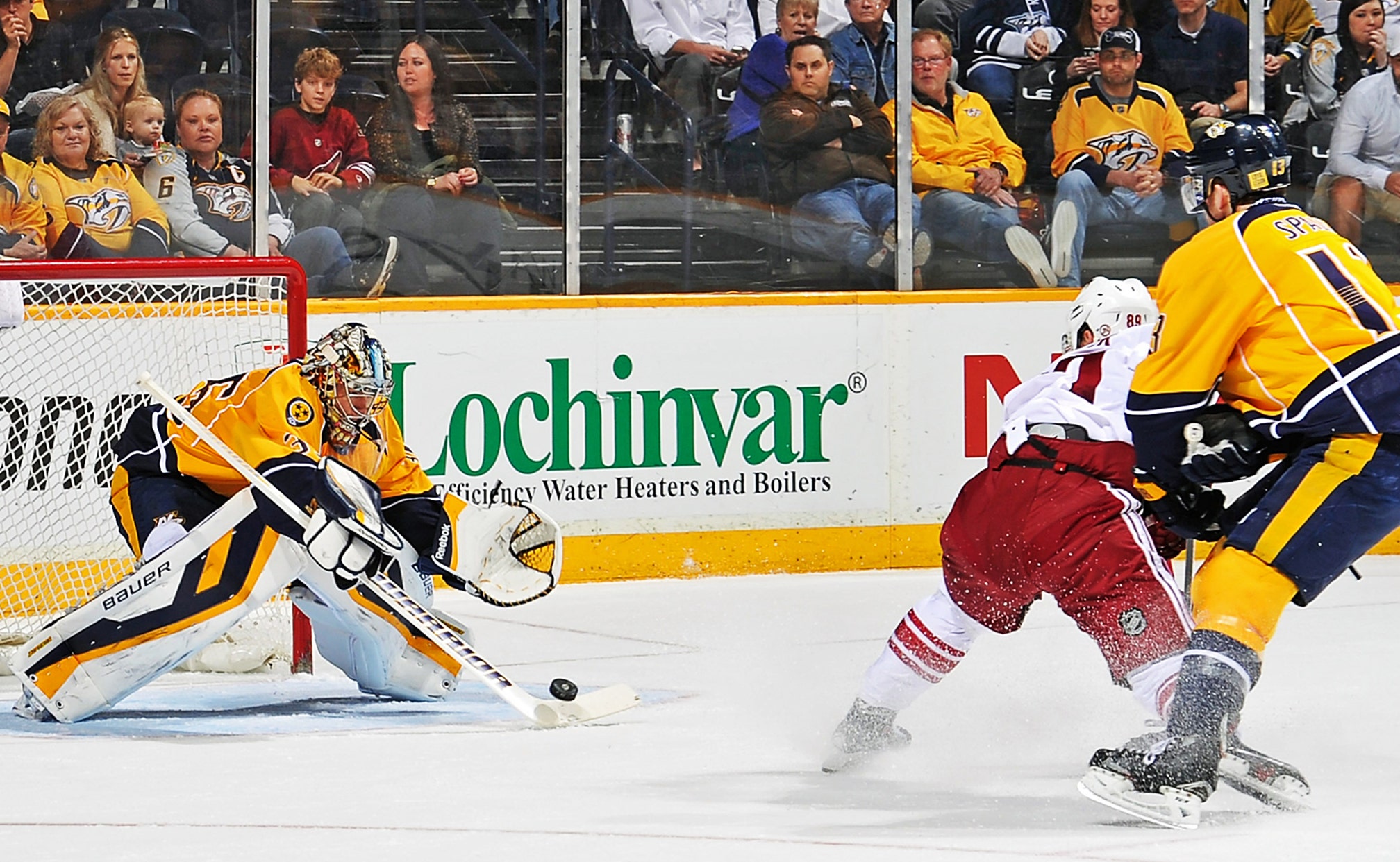 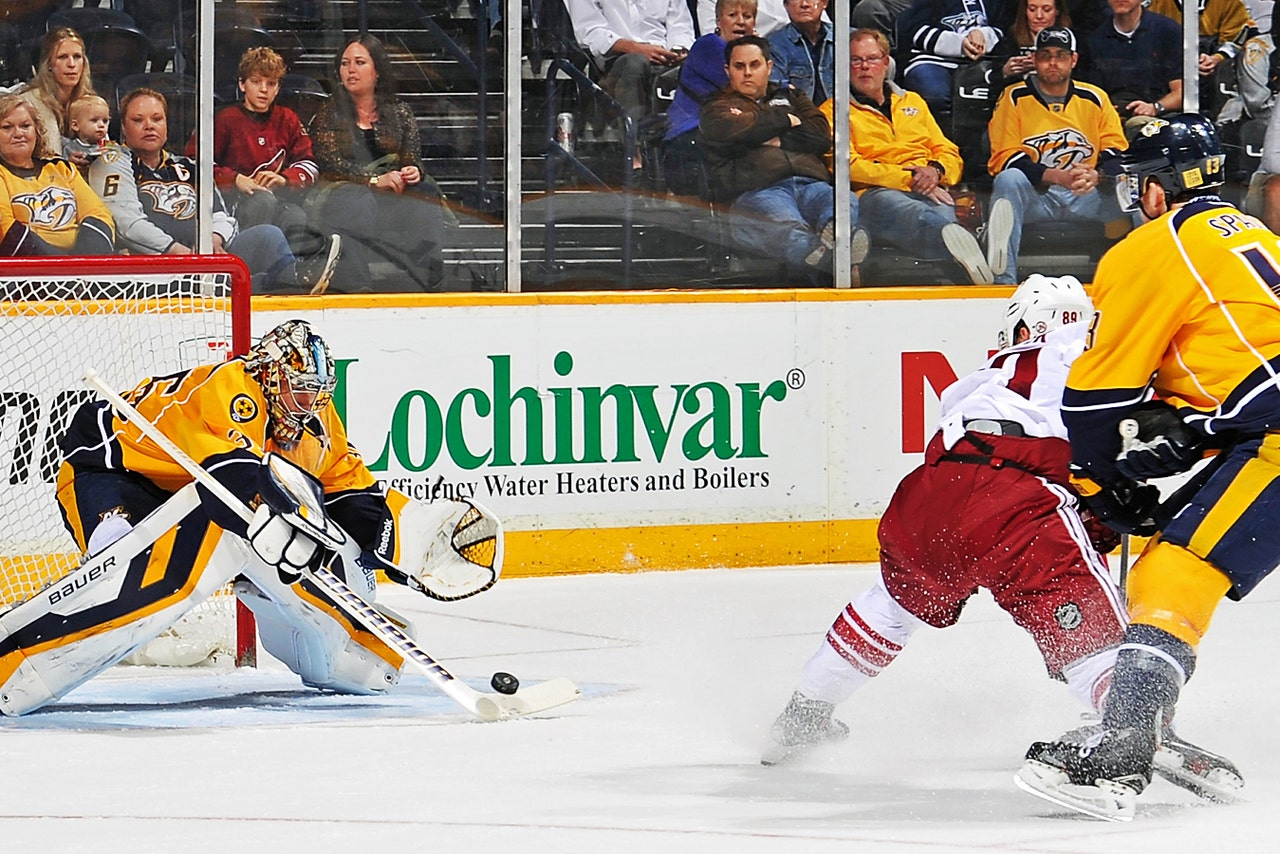 Rinne made 29 saves to lead the Nashville Predators to a 2-0 win over the Coyotes on Thursday night.

Craig Smith and Patric Hornqvist scored for Nashville, which has won four of its last five.

"This group, as I have been saying all year, has a lot of character," Predators coach Barry Trotz said. "There's only one way to play, and that's play the right way. This group plays the right way."

The Coyotes lost their sixth straight game and hurt their quest for the Western Conference's eighth and final playoff spot. Phoenix entered the day two points behind Dallas in the wild-card race. Both teams have two games remaining, including Sunday's season finale when Dallas visits Phoenix.

"Obviously, we need help now," Phoenix coach Dave Tippett said. "You've got to get yourself rested and ready for the next game. We'll see where we are Saturday morning."

Phoenix will need to finish the season at least one point ahead of Dallas in the standings since the Stars will hold the first tiebreaker of more regulation and overtime wins no matter what happens over the course of the final two games.

Dallas hosts the St. Louis Blues on Friday. If the Stars win, it would give them the last spot in the West, eliminating Phoenix.

"It's not where we want to be," Phoenix defenseman Michael Stone said. "That's all there is to it really. We didn't do enough to continue to be able to control our own fate."

Smith scored the game's first goal at 10:26 of the second period. After taking a pass from defenseman Ryan Ellis above the left circle, Smith skated down to the left faceoff dot, where he used two Coyotes standing in front of goaltender Thomas Greiss as screens and scored his 21st goal of the season with a wrist shot high to the far side.

Hornqvist doubled the Nashville lead at 9:21 of the third. From below the goal line, Mike Fisher found Hornqvist in the slot. Greiss denied Hornqvist's first attempt, but he poked in his own rebound for his 21st of the season -- and seventh goal in his last six games.

"Fish got the puck behind the net and I saw him creeping up the wall," Hornqvist said. "I just tried to get open in the slot. He found me and then I buried the rebound."

The shutout was Rinne's second of the season and 32nd of his career. He now has 162 wins, moving him past Tomas Vokoun into first place on Nashville's career wins list.

"We did a really good job of blocking shots and getting the clears when we needed to," Rinne said. "When they got the shots, I was able to see them. It was kind of back to the normal way of game playing."

Rinne missed 51 games this season due to a hip infection.

NOTES: Prior to the game, the Predators announced that they are partnering with former Olympic figure skating gold medalist Scott Hamilton, who will serve as an active principal for the skating center at their new suburban rink set to open this summer. Hamilton is a Predators season ticket holder. ... Phoenix RW Martin Erat played in his 800th career NHL game. His first 723 were played with Nashville prior to his trade to Washington at last season's trade deadline. ... Six of Smith's goals this season have come on the power play.