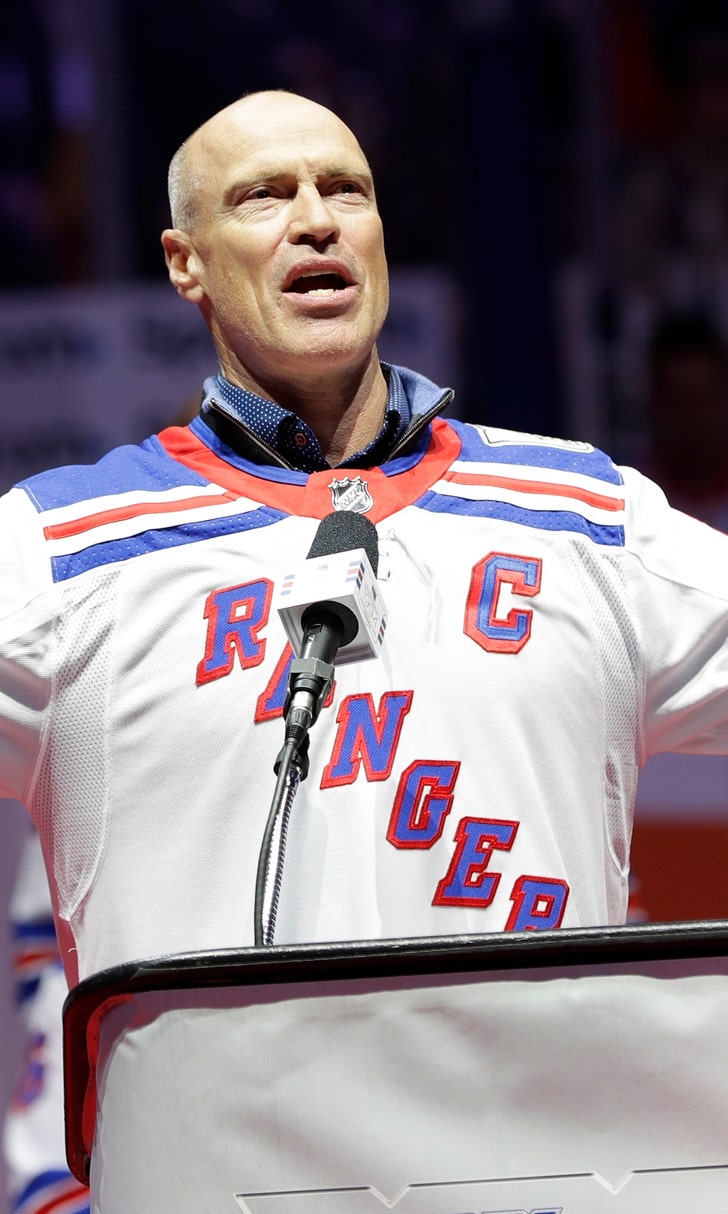 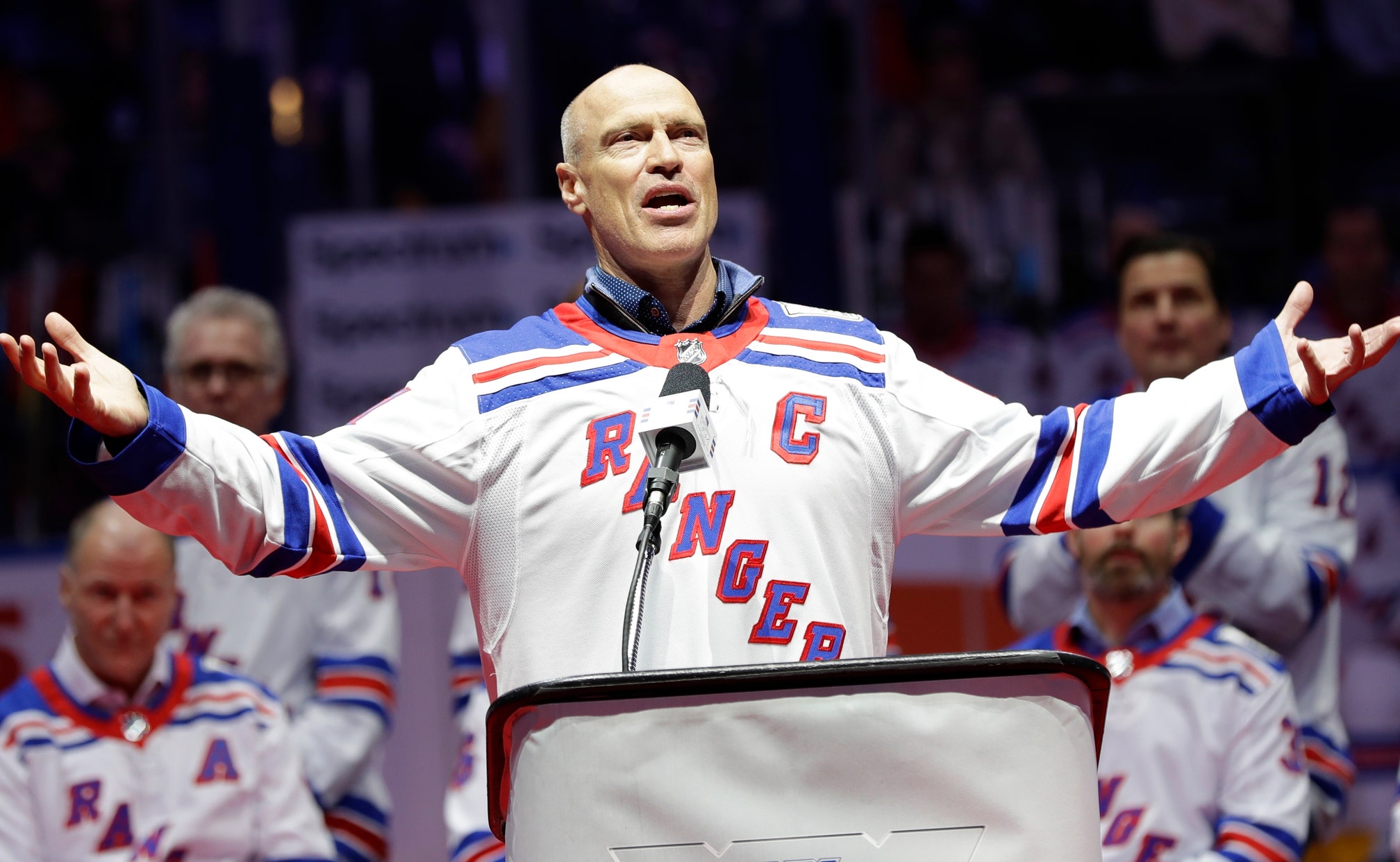 NEW YORK (AP) — From the moment Mark Messier came to the New York Rangers in 1991, he knew he was expected to lead the team to its first Stanley Cup championship in more than 50 years.

Messier accomplished the task in 1994 as the Rangers ended their 54-year title drought by outlasting the Vancouver Canucks in seven games in the Stanley Cup Final. Honored with a parade in the Canyon of Heroes in lower Manhattan that June, the players from that team were back at Madison Square Garden on Friday night to celebrate the 25-year anniversary.

"When you are in New York, not a day goes by that you don't run into someone that you get reminded, get smiles," Adam Graves said before the ceremony that preceded the Rangers' game against Carolina. "Back then you never thought you'd be impacting the way we have been, it is very special."

From general manager Neil Smith, coach Mike Keenan, to stars Messier, Brian Leetch, Mike Richter, Craig MacTavish and Stephane Matteau, each were introduced one by one to a rousing ovation. The only absences from the group were Alexander Karpovtsev, who was killed along with most of the KHL Lokomotiv team in a plane crash in 2011, and Brian Noonan, who was said to have a prior commitment.

Messier said he's been approached by countless people over since who thanked him and claimed to have witnessed the Game 7 win in New York.

"I didn't realize Madison Square Garden holds 2 million people," he joked, "because I've talked to 2 million people over 25 years that were here that night. That's been interesting. It never gets old ... never get tired of speaking with people on the street or in the subway or trains, or taxi drivers that recognize the guys or myself and thank us for the Cup."

Messier is also remembered for his famous for his declaration before Game 6 of the Eastern Conference finals against New Jersey when, with the Rangers trailing 3-2 in the series, he guaranteed the team would win Game 6.

Messier said he was simply trying to let his teammates know he believed in the team.

"I really felt we could go into New Jersey and win, and I wanted the guys to know it," he said. "The papers the next day were what they were. It wasn't going to motivate New Jersey any more."

Leetch said the team chuckled when they saw Messier's Game 6 guarantee in the papers, and it didn't change anything about their preparation for that game.

"Just was kind of a light-hearted thing to remember that we're in New York, everything gets magnified," Leetch said. "One comment gets turned into a guarantee. It was something for a little bit that we had a laugh about".

Messier then backed up his words with a hat trick in the third period to rally the Rangers to a 4-2 win.

"He's always done things his whole career," Leetch said. "He's been a part of a lot of big moments and rises to occasions in big games, but the fact he did that here in New York when it was on the front and back pages, we still shake our heads at it that he was the guy to do it in that game."

The Rangers then won Game 7 on Matteau's goal in double-overtime.

They lost the opening game in the championship series against the Canucks despite having a big advantage on shots, then won three straight to get to the cusp of ending their long drought before being forced to the deciding game.

"I remember saying we should have won this series four straight," Messier said. "Coming back and losing Game 5 and 6 and then we're back in another Game 7."

Then, Messier came through again, giving the Rangers a two-goal lead that stood as the winner to deliver the franchise and the city the long-awaited title he had been brought in to get.

"When Mark came across the ice to celebrate the Stanley Cup victory and handed it to me and I looked it over, the first thing that came to my mind is I can't believe how difficult this trophy is to win," said Keenan, who said he is doing well after his treatment for prostate cancer last year. "As now time passes, 25 years later, that endorsement of how difficult it is stands even more in my mind."

Difficult indeed, as the championship in 1994 remains the Rangers' only title in the last 79 years.