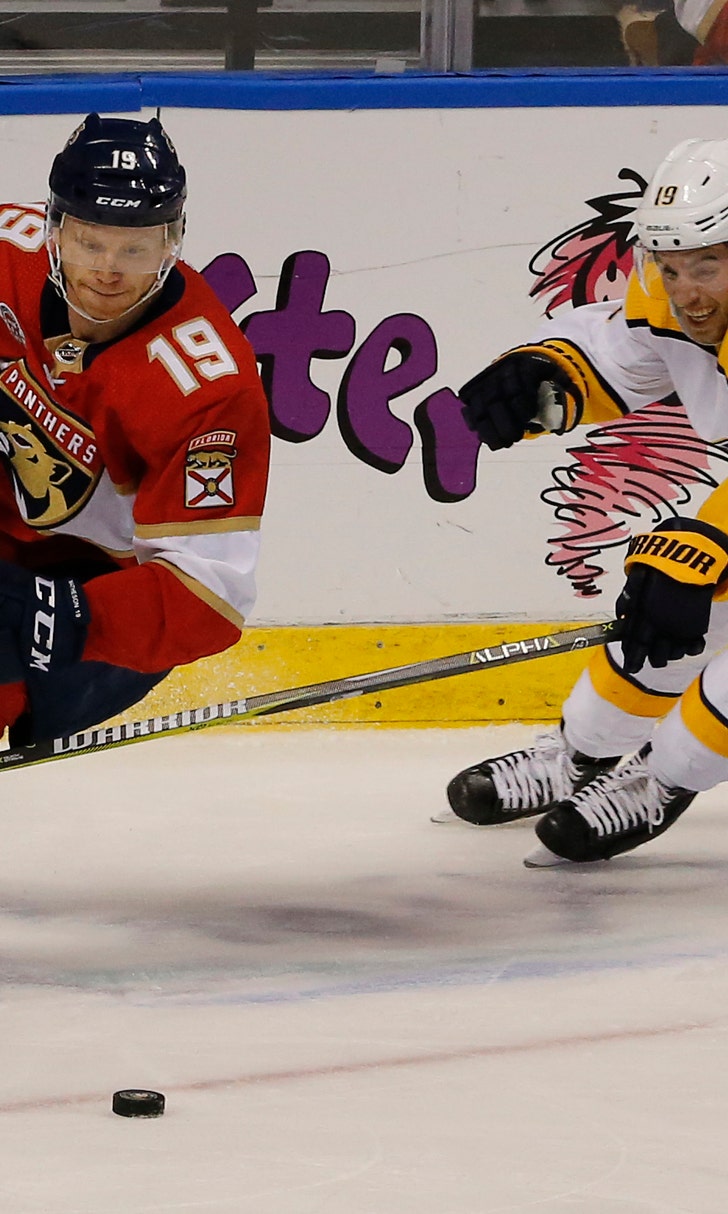 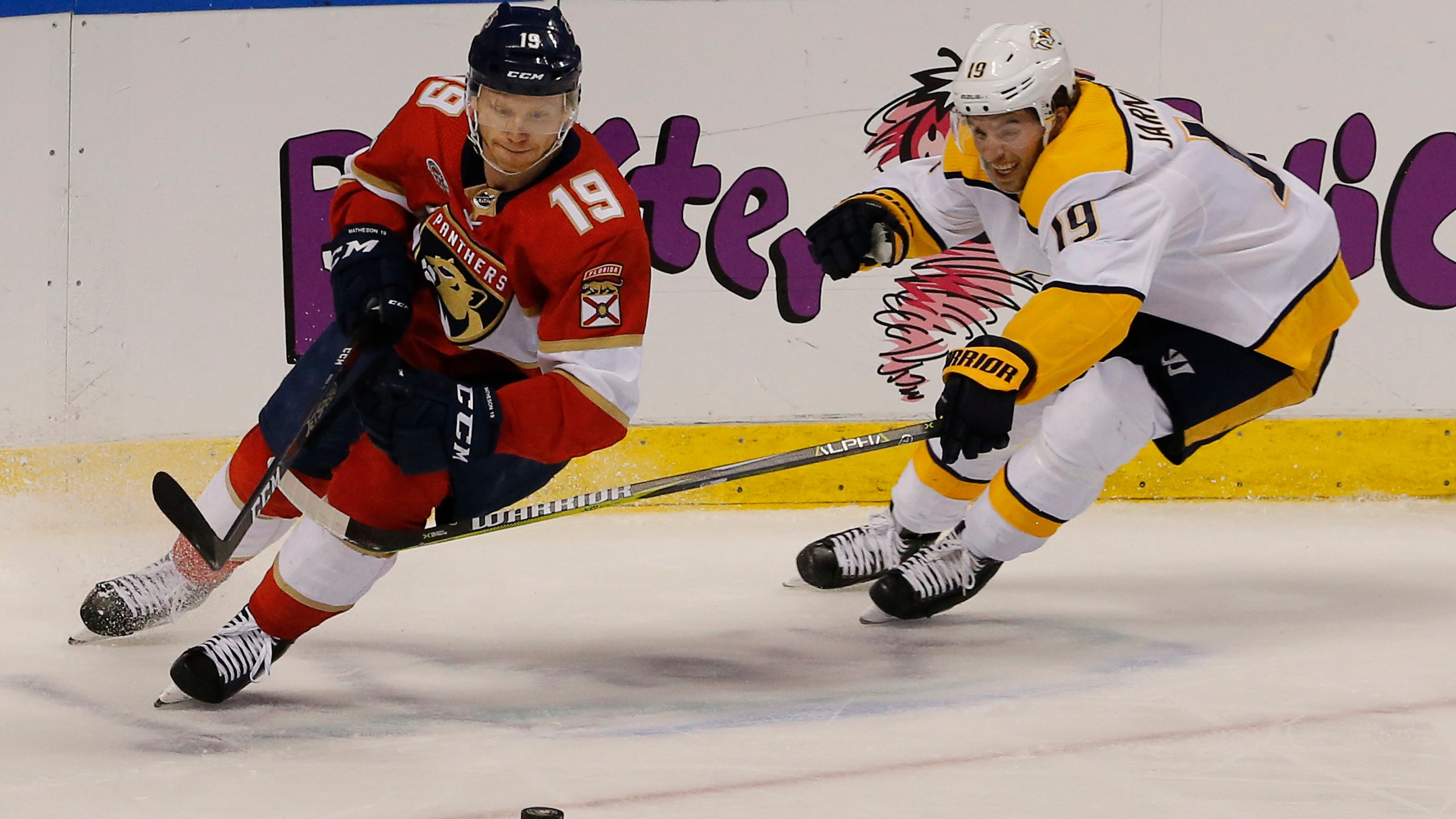 SUNRISE, Fla. (AP) — Viktor Arvidsson has a hot hand since returning from a broken thumb.

Arvidsson scored twice, and the Nashville Predators scored all their goals in the third period of a 4-1 win over the Florida Panthers on Friday night.

"I just try to play the same thing every night," Arvidsson said. "Lucky bounce there on the last one, otherwise I think our line created a lot of chances."

Kevin Fiala and Roman Josi also found the net for the Predators, and Filip Forsberg had three assists. Juuse Saros made 27 saves as the Predators won their third straight game.

"Felt good, saw pretty much all the pucks," said Saros, who stopped a career-high 47 shots in a 2-1 win over Vegas before the break. "The team played good in front of me. We just stuck with it even though they got the lead. It's a good win."

"We didn't play the way we wanted in the third," Huberdeau said. "We were up one goal and we let up."

Josi tied the score when his shot from the left circle found the high corner of the net at 5:29.

Arvidsson put the Predators ahead 2-1 when he took a drop pass from Forsberg and fired a shot from the right circle that beat Luongo stick side at 7:44.

"(Arvidsson) has been unreal since he came back from his injury," Josi said. "He's always been great. He goes to the net, he scores a lot of goals, he never gives up."

Fiala stretched the Predators' lead to 3-1 when he swept in the puck from the left side with 5:50 left in the third.

Arvidsson added an empty-netter with 1:56 left. He leads the team with 21 goals despite missing six weeks with the injury, including 12 since his return on Dec. 27.

It was a disappointing return for the Panthers after winning three straight before the All-Star break.

"For being off that long, I thought we had a good first period," Panthers coach Bob Boughner said. "The third period was just a couple bounces they executed on. We had our chances, but Saros was pretty good. He shut us down at the right times. We couldn't seem to find that next one."

Huberdeau put the Panthers ahead on a power-play goal with 4:45 left in the second. His wrist shot from the left circle beat Saros, who was screened on the play by Aleksander Barkov.

Luongo took a puck to his mask on a shot by Forsberg midway through the second period. He was briefly stunned but stayed in the game. Forsberg came over and tapped Luongo on the backside with his stick to make sure he was OK.

NOTES: The Panthers acquired forwards Derick Brassard and Riley Sheahan in a trade with the Pittsburgh Penguins for Nick Bjugstad and Jared McCann on Friday. The Panthers also receive the Penguins' second- and fourth-round picks in the 2019 draft, along with a fourth-round pick in the 2019 draft previously acquired from the Minnesota Wild. ... Panthers F Jamie McGinn has been loaned to AHL Springfield. ... The Predators are 0 for 27 on the power play in their past eight games.