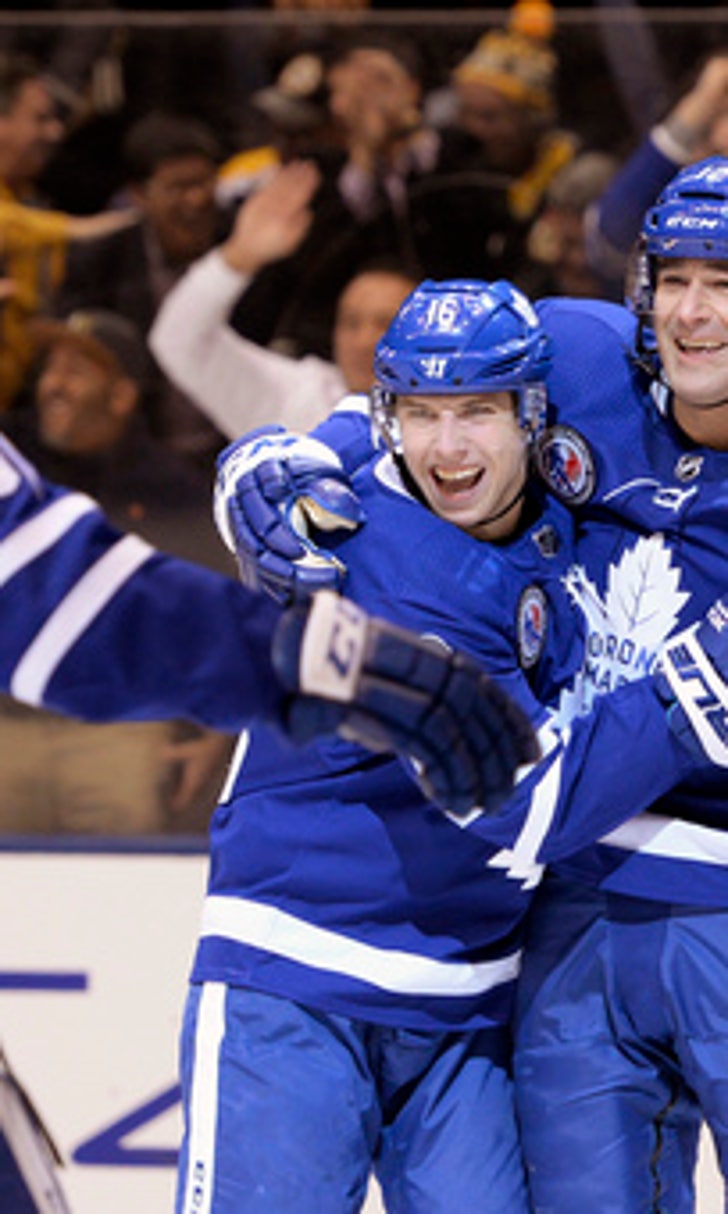 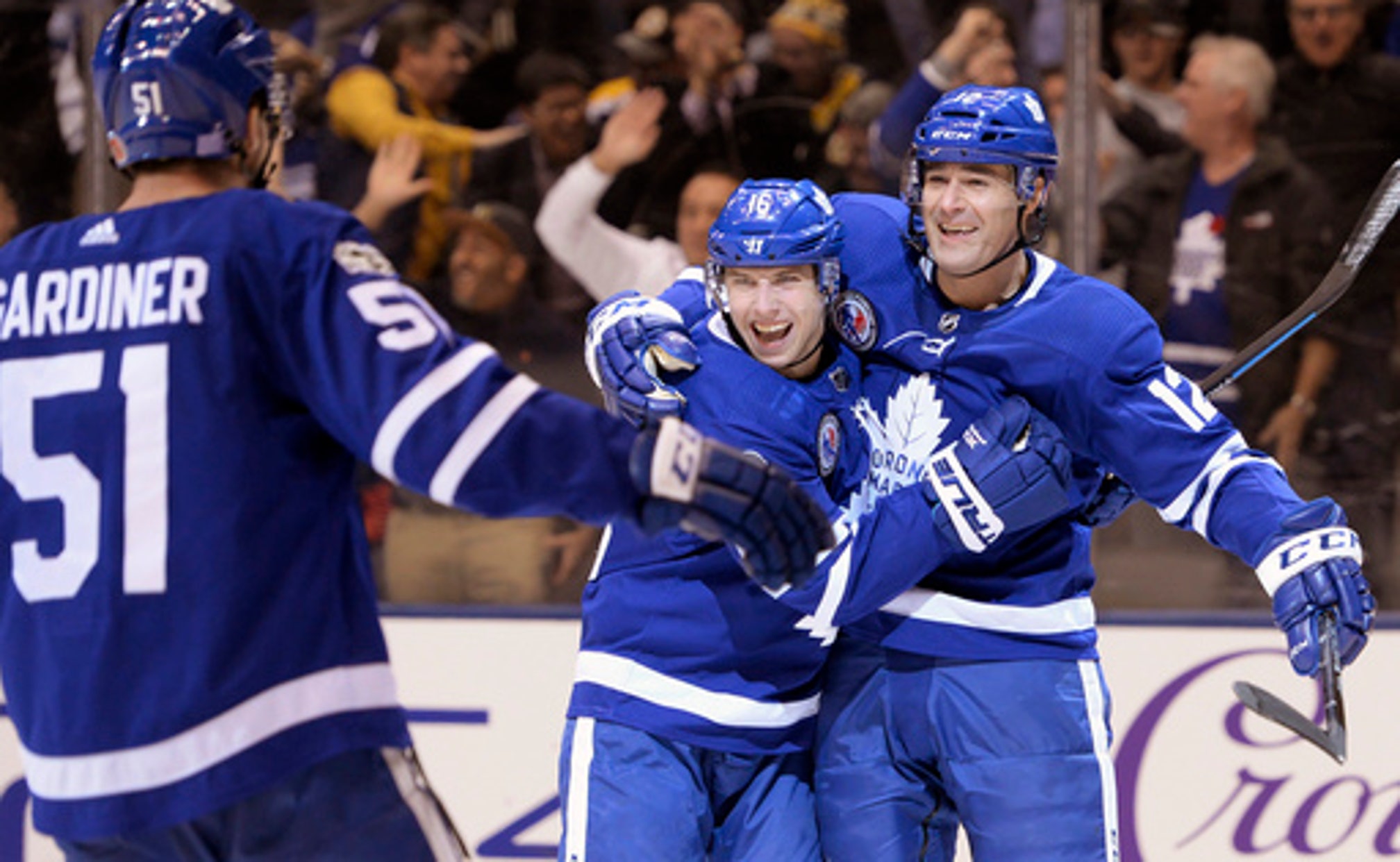 TORONTO (AP) Toronto Maple Leafs coach Mike Babcock thought he'd be heading to Boston with nothing to show for the first meeting of a home-and-home series with the Bruins.

Things turned quickly Friday night, with the Maple Leafs tying it with a minute left in regulation and Patrick Marleau scoring 1:07 into overtime for a 3-2 victory.

''It looked like we'd get nothing and then suddenly we got two (points) so that's positive,'' Babcock said.

David Pastrnak put the Bruins ahead with 5:30 to play and a second remaining on a Boston power play, batting in a rebound while goalie Frederik Andersen was sprawled out after turning away Jordan Szwarz.

Babcock pulled Andersen with 2:04 to go looking for the equalizer and, with exactly a minute to play, James van Riemsdyk tied it at 2, redirecting Mitch Marner's slap pass from the top of the crease.

Marner then started the rush on the winning goal, slowing up at the blue line while handling the puck to create some space before finding Jake Gardiner, who perfectly placed a low shot in a spot Marleau could get his stick on it. ''Both really great plays,'' said Marleau. ''(Marner's) coming into his own and playing really well.''

Added Babcock: ''Great to see Mitch be important at the end and get a couple points. If you work real hard you're usually rewarded so good for him.''

Patrice Bergeron had the other goal for the Bruins, while Brad Marchand returned to the lineup after missing two games with an injury.

''The tying goal we were soft on it, I can't sugar coat it,'' Boston coach Bruce Cassidy said. ''If you have to ice it, that's fine. We didn't get it out, they made a play.''

Anton Khudobin stopped 30 shots in defeat and wasn't being faulted by his coach after giving his team a chance to take two points on the road.

''Guy's been real good for us, seems he's been tightening up his game,'' Cassidy said. ''Give him credit, he was solid.'' 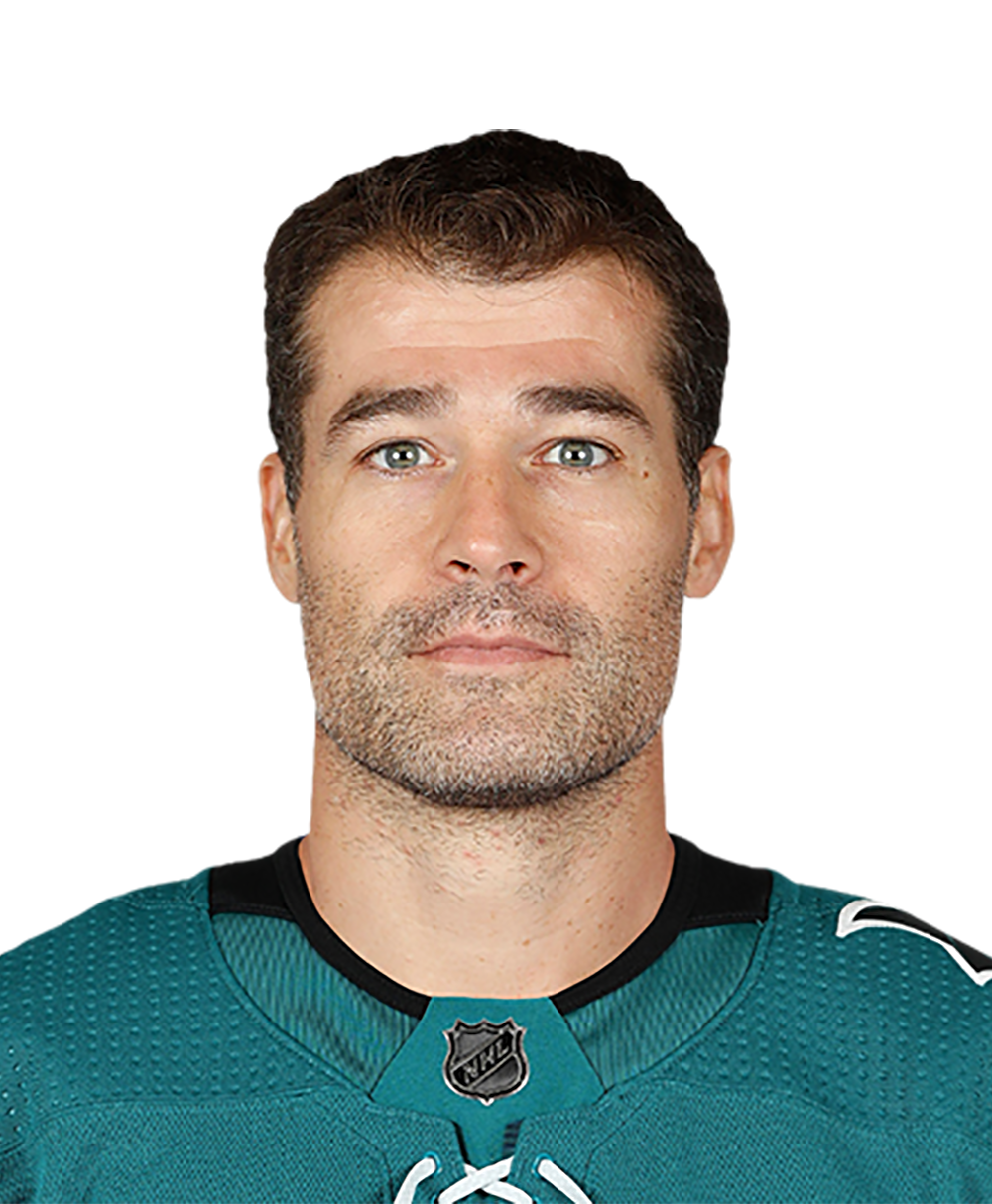