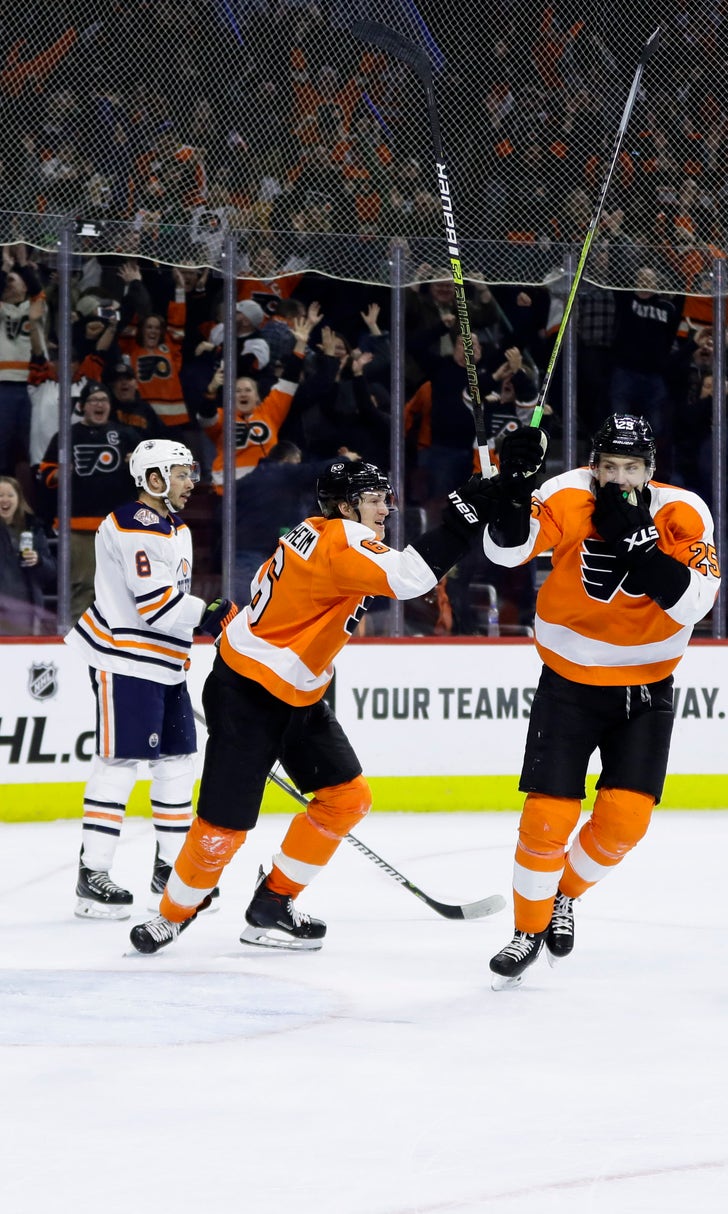 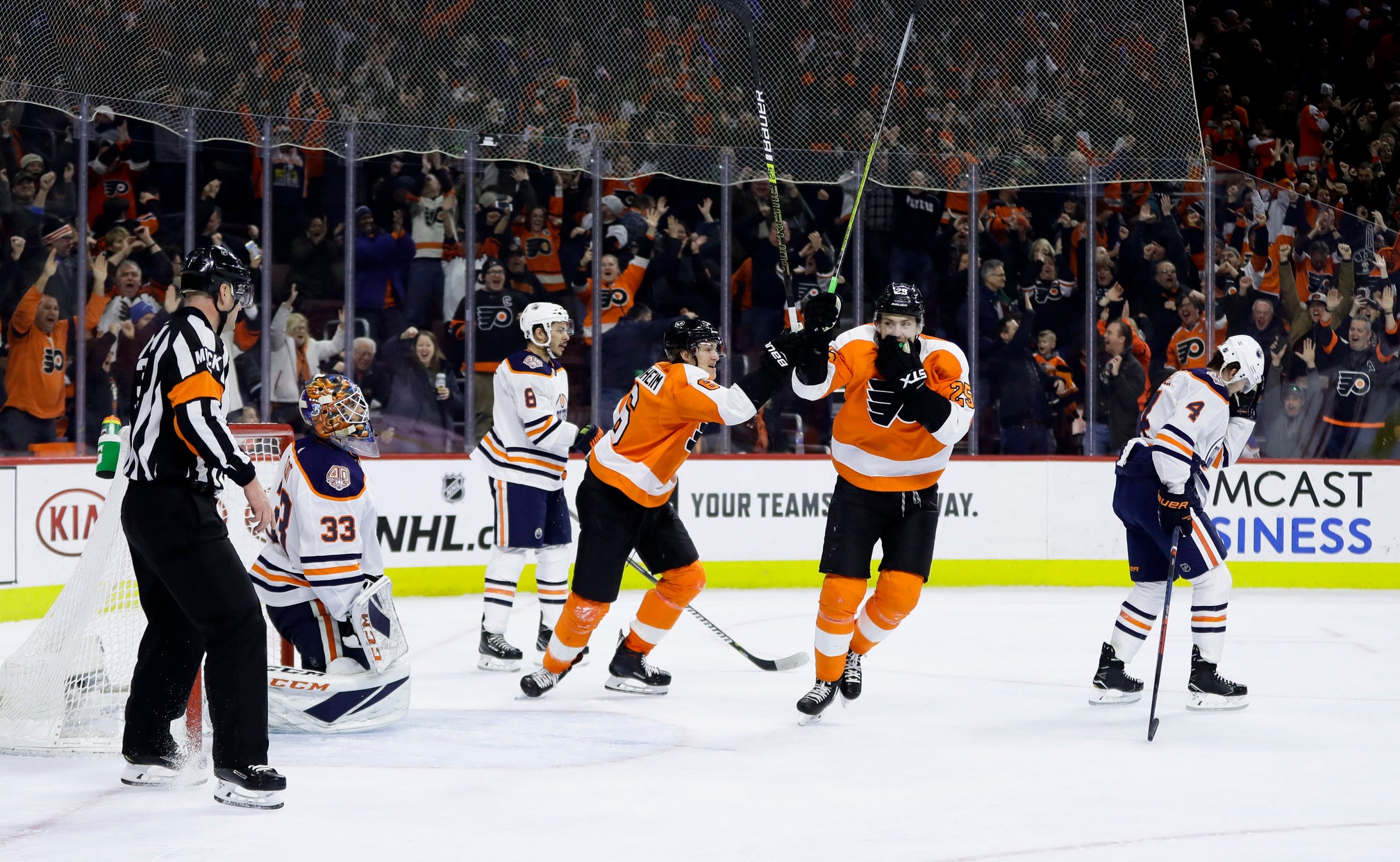 Nolan Patrick scored 2:01 into overtime and the Flyers rallied past the Edmonton Oilers 5-4 Saturday, extending their winning streak to a season-best seven games.

Earlier this season, the Flyers made it a habit to come from behind in games only to lose late in regulation, in overtime, or the shootout.

This marked the fourth time in the win streak the Flyers overcame a deficit to win — in this case, they were down 4-2 in the third period.

"That just goes to show how guys are invested right now and how much we're willing to pay the price to succeed," said Flyers goalie Carter Hart, who made 40 saves and won his sixth consecutive start.

"Guys are going all out right now and we want to keep this thing rolling. It's been a lot of fun and we're going to do everything we can to keep things rolling," he said.

Travis Konecny and Wayne Simmonds each scored power-play goals in the third period to force overtime, where the Flyers dominated control of the play, eventually resulting in Patrick's game-winner.

Philadelphia was badly outplayed for two periods at even strength but was able to stay in the game thanks to its power play, which scored four times.

It was the first time the Flyers scored four power-play goals in a game since October 2008.

"There's been a lot of games where we haven't scored when we probably should have scored," Flyers coach Scott Gordon said. "Obviously, tonight was one of those nights where it went in for us."

"We made some changes and they've been positive so far, so a little bit has been personnel just shuffling the deck as far as who's going to go where and how they're going to be used. And this was a great job by the power-play guys," he said.

Sean Couturier scored the first goal of the game on a tic-tac-toe passing play from Claude Giroux and Jake Voracek.

It was the 20th goal of the season for Couturier, the second straight season he reached the 20-goal plateau after scoring no more than 14 goals in each of his first six seasons in the NHL.

Giroux scored on a power play, getting a snap shot through a screen.

"We won the game tonight on effort, not on talent," Giroux said. "I think if we play like that more, we're going to win more games."

Edmonton controlled the game at even-strength for the majority of the game. But allowing the four power play goals was its downfall.

"You win this time of year when you kill penalties," Oilers coach Ken Hitchcock said. "Power plays are the gravy."

NOTES: The Flyers had the worst power play in the NHL a week ago but have scored on 6 of 7 chances in the last two games. ... McDavid snapped a three-game drought without a goal. He's only reached four games without a goal twice this season. ... D Shayne Gostisbehere (lower body injury) returned to the lineup for the Flyers after missing three games. ... Talbot lost his starting job in Edmonton to Mikko Koskinen, yet got the start against the Flyers, marking the seventh time in the last eight games the Flyers have faced the opponent's backup goalie.

Flyers: Continue their longest homestand of the season when they host Vancouver on Monday.