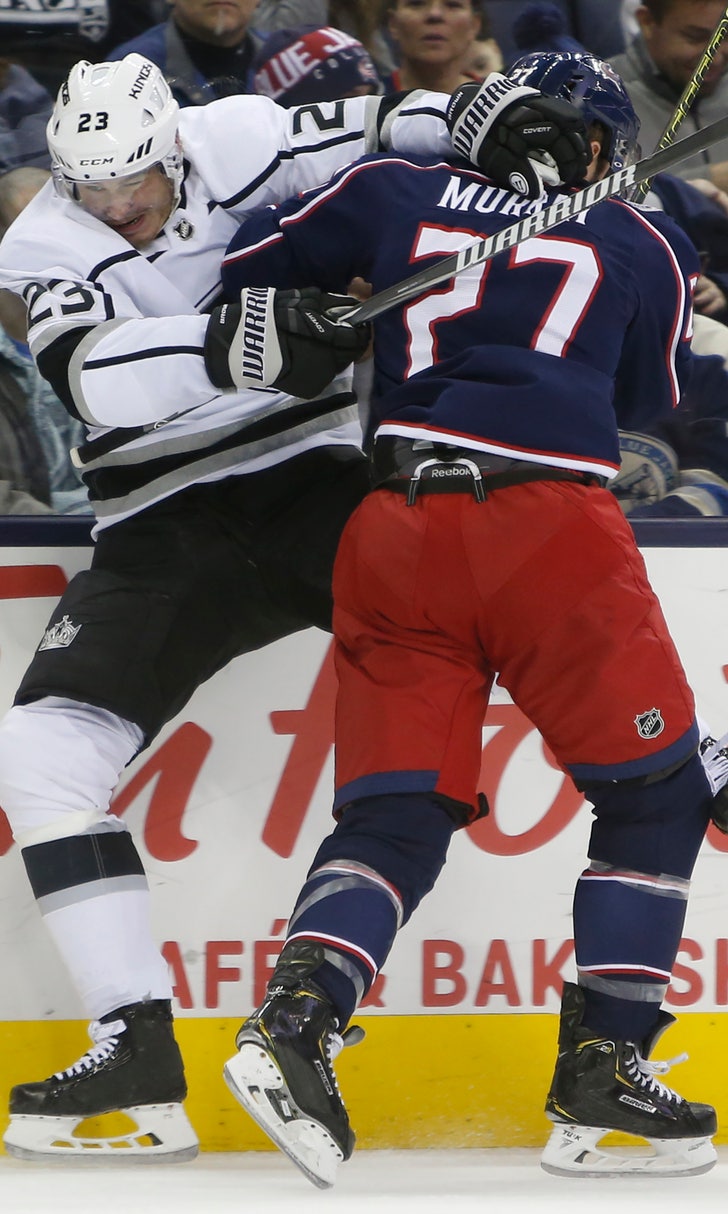 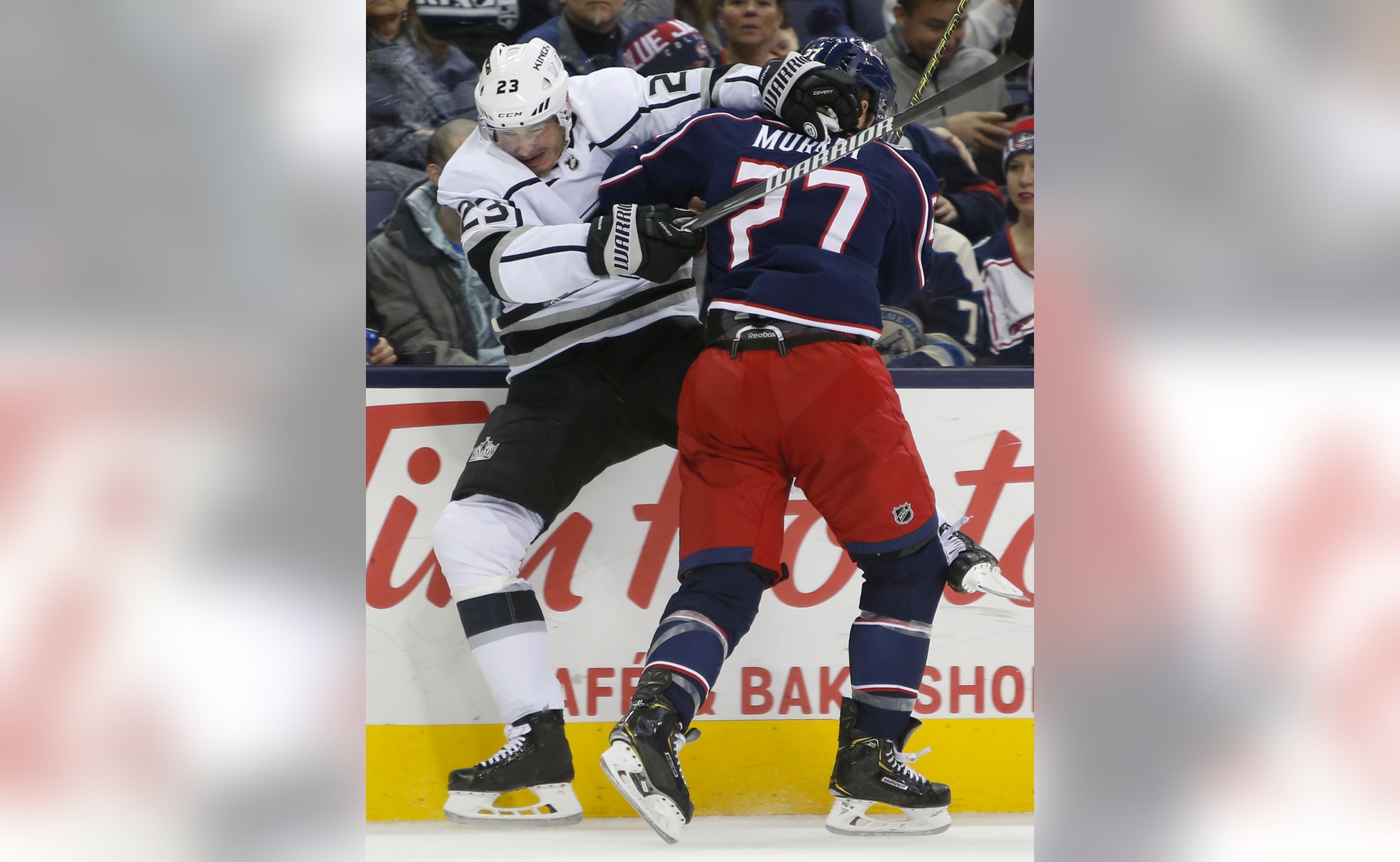 COLUMBUS, Ohio (AP) — The evening started just fine for the reeling Los Angeles Kings, who scored first on the road against the Columbus Blue Jackets. But it went downhill from there for the visitors.

Columbus, which hasn't won at home since Nov. 29, answered quickly and Sergei Bobrovsky denied the Kings the rest of the way as the Blue Jackets cruised to a 4-1 win on Thursday night.

Lukas Sedlak got his first goal of the season — his first in 53 games dating to last Dec. 20 — and Artemi Panarin ended a personal five-game goal drought with two tallies as the Blue Jackets snapped a two-game losing streak. Coming into the game, they had lost four of the last five.

"I think we needed a bounce-back game," said Columbus winger Josh Anderson, who scored the last of two Blue Jackets goals in a 20-second span of the second period. "We all were expecting it tonight."

Bobrovsky stopped 29 shots, and Cam Atkinson had assists on both Panarin goals for the Blue Jackets, who held on to second place in the Metropolitan Division, three points behind Washington.

Dustin Brown had the lone goal and Jonathan Quick had 37 saves for the injury-ravaged Kings, who have lost three in a row and seven of their last nine while languishing at the bottom of the Pacific Division.

Poor special teams play continued to plague the Kings, who gave up a power-play goal and failed to take advantage of the man-advantage three times.

"We have to be a lot better if we want to win games in this league," Los Angeles center Jeff Carter said. "That's the bottom line here. We need to have more from everybody, myself included."

The Kings took the lead thanks to Brown's tap-in goal 3:54 into the game.

Sedlak found the back of the net two minutes later, getting a nice feed from Oliver Bjorkstrand at the goal line and poking it past Quick.

"It was about time," said Sedlak, who was a healthy scratch for the past two games.

Halfway through the first, Panarin snapped a shot over the goalie's shoulder from just inside the left circle to give Columbus a 2-1 lead.

Panarin connected again late in the second period on the power play. He was in the right place at the right time to finish when a hard one-timer from Seth Jones was blocked but bounded right out to him in the left circle. Jones got his 200th career NHL point with the assist.

Anderson scored 20 seconds later from almost the same spot to make it 4-1, and both teams played a scoreless third period.

"They were creating way too much," Los Angeles coach Willie Desjardins said. "(Quick) was great in net, made a number of great saves for us and gave us a chance to stay in it, but we didn't do it."

NOTES: Columbus D David Savard got his 100th career NHL point with an assist on Anderson's goal. ... L.A. D Drew Doughty extended his franchise record consecutive games streak to 361. ... Kings D Dion Phaneuf suffered an upper-body injury against Buffalo on Tuesday and flew back to Los Angeles for evaluation. ... The Kings recalled D Daniel Brickley from Ontario on Wednesday when D Alec Martinez was placed on injured reserve, retroactive to Dec. 8. ... Anthony Duclair was scratched to make room for Sedlak. ... Columbus is 9-0 on Thursday nights this season.

Los Angeles: At Pittsburgh on Saturday.