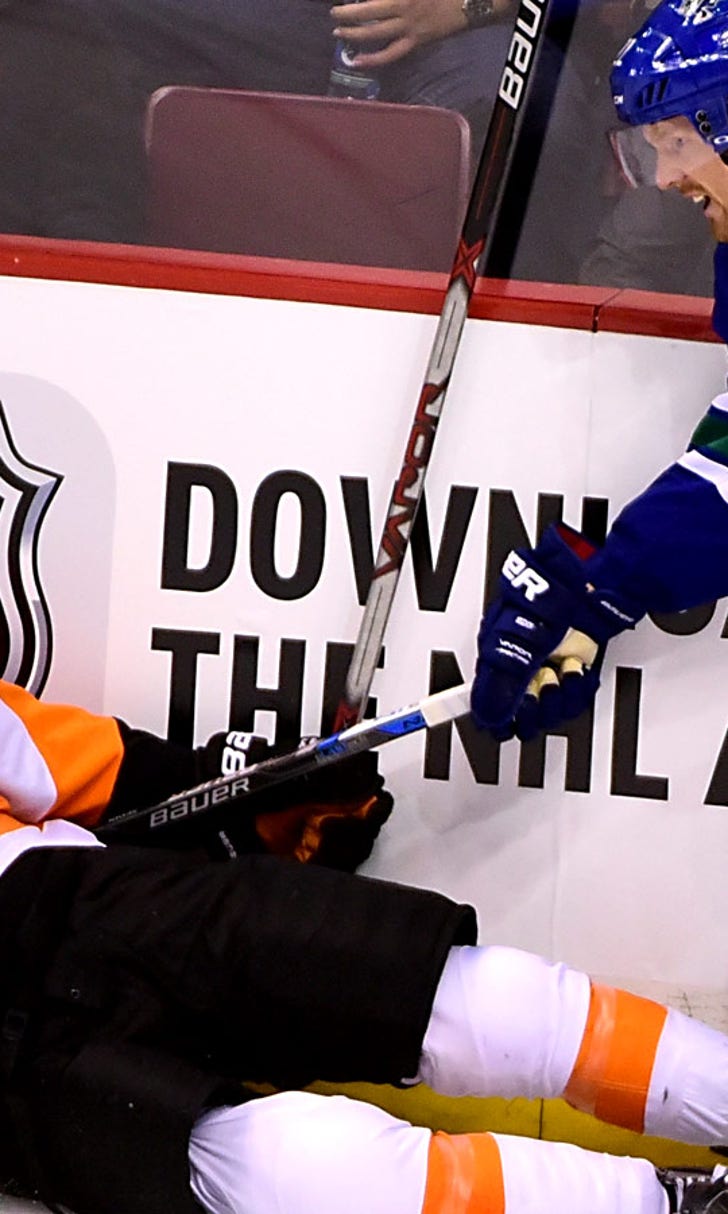 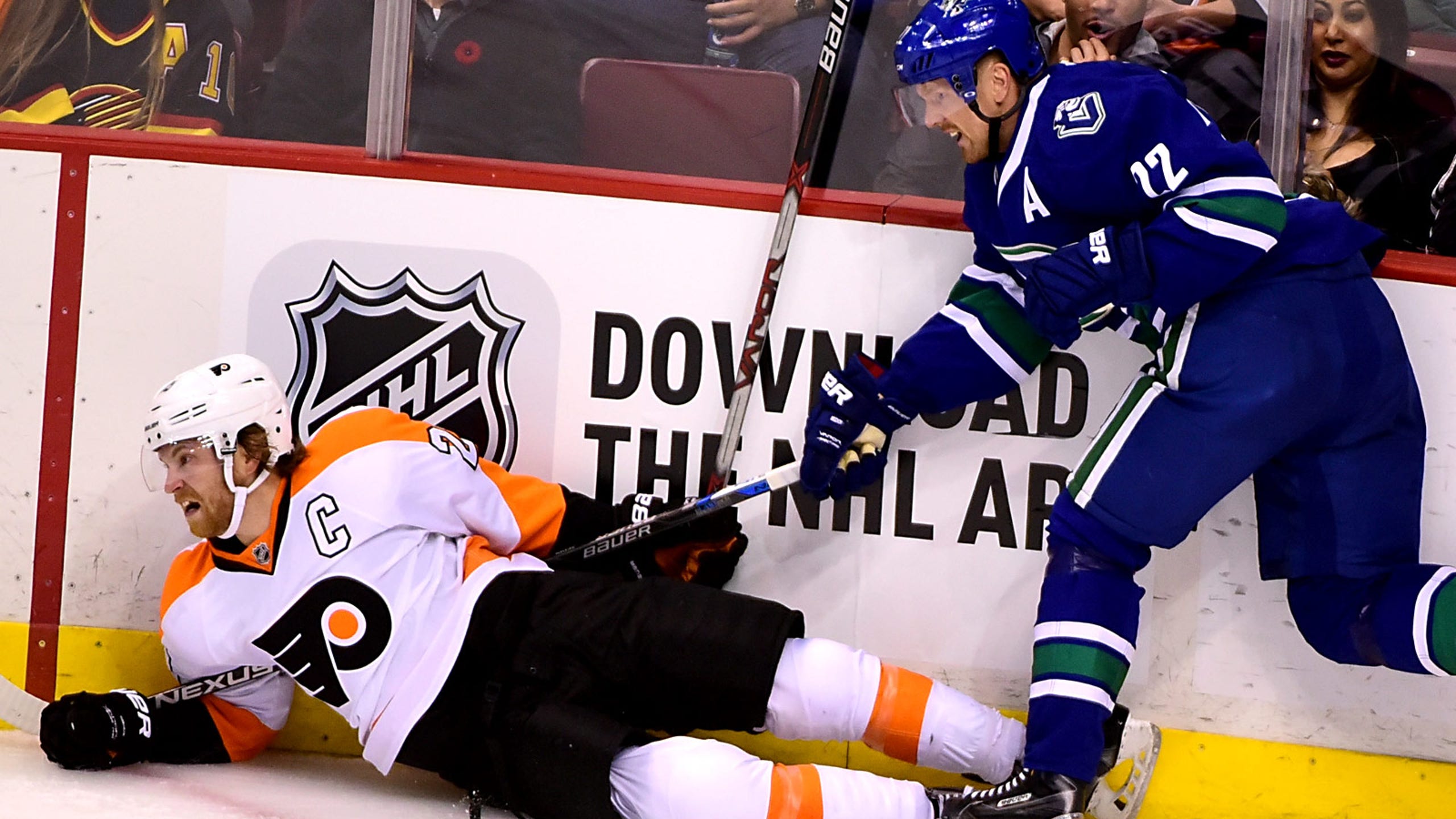 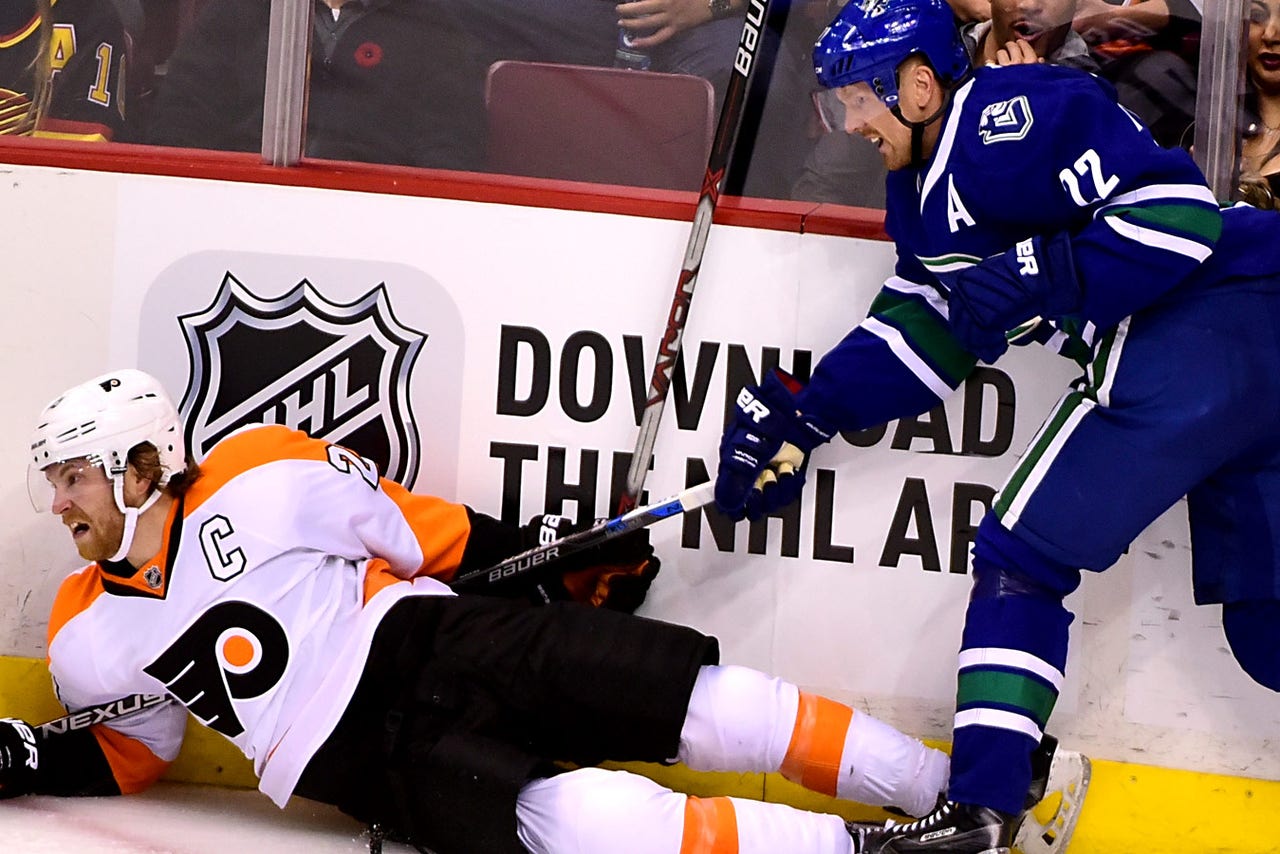 Credit Claude Giroux for being optimistic, but the Philadelphia Flyers captain may be looking at his team's offensive troubles through rose-colored glasses.

Giroux, who recorded the club's lone goal in Philadelphia's 4-1 setback to the Vancouver Canucks on Monday, has seen the free-falling Flyers tally just six times during their four-game winless skid (0-3-1).

"I think there was a lot of improvement from the last few games," Giroux told Sam Carchidi of the Philadelphia Inquirer. "We generated a lot of offense and played the way we want to play. Obviously, we have a lot of things to work on, but the score doesn’t show how much better we played."

The scoreboard isn't painting a pretty picture for the Flyers, who have recorded 21 goals in 11 games - which ranks 29th in the 30-team league. The fledgling power play has failed to convert on its last 12 opportunities to boot.

Signed to a eight-year, $66 million deal in the summer, Jakub Voracek is mired in a career high-tying 11-game goalless drought to start a season (2010-11). The 26-year-old, who has set up four goals, is also well off the pace of last season's career-high 59 assists and 81 points.

Voracek and Philadelphia (4-5-2) look to get it in gear when they continue their five-game road trip against the Edmonton Oilers (4-8-0) on Tuesday.