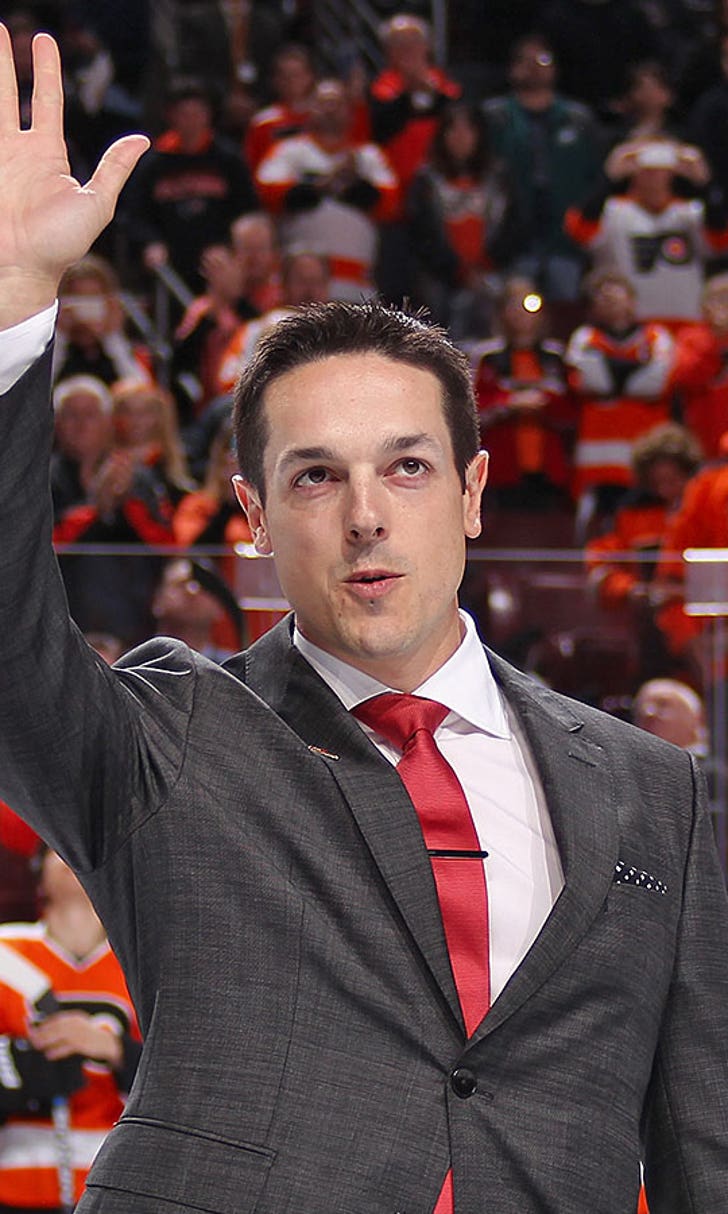 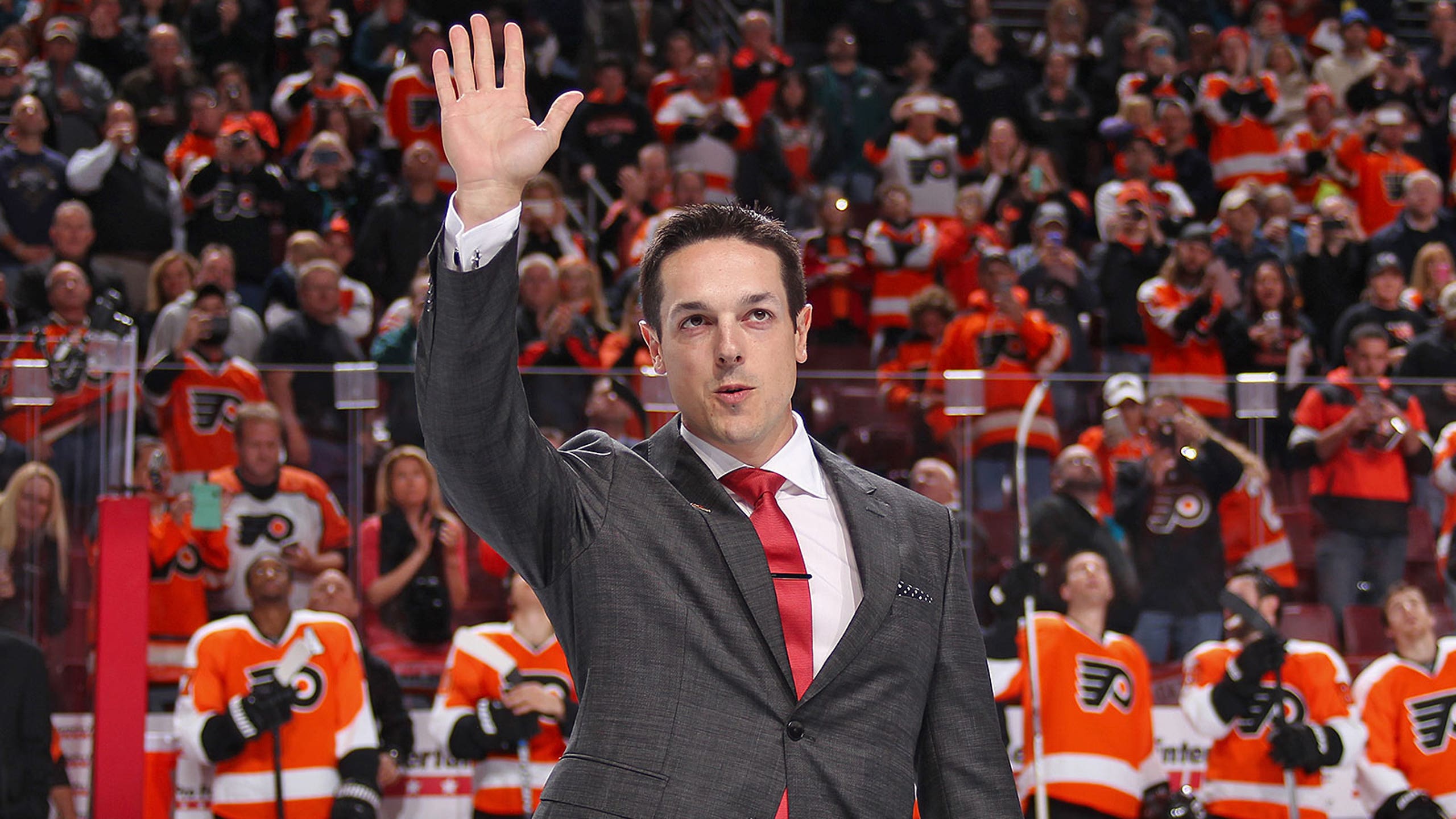 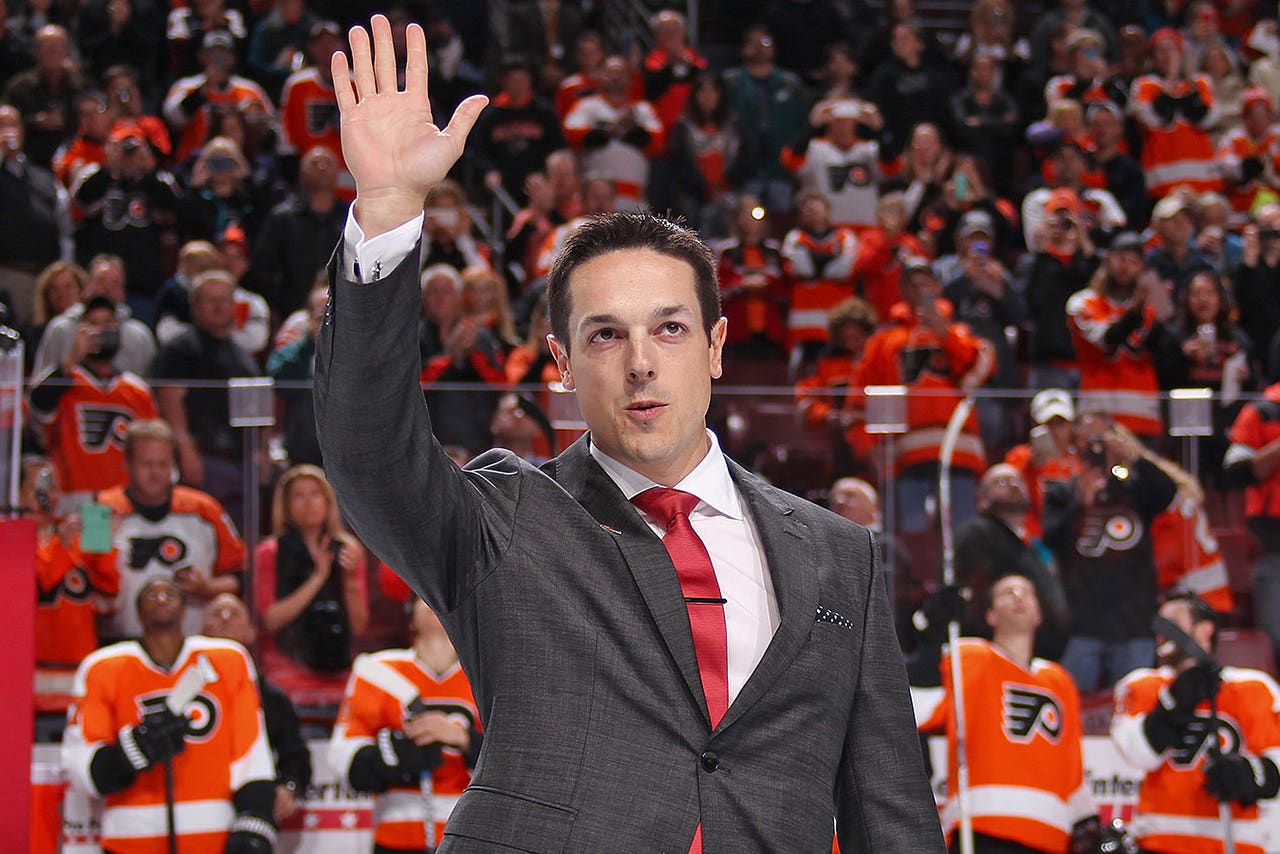 Try as he might, Daniel Briere is having a tough time getting acclimated to life away from the hockey rink.

Sure, the bumps and bruises are gone, but Briere still has a few tendencies that come to the forefront in his everyday life.

Need proof? Well, here's a video posted by the Philadelphia Flyers' website - complete with the 38-year-old Briere getting a bit physical with a copy machine.

Briere, who played six of his 17 NHL seasons with Philadelphia, was honored by the Flyers prior to their 4-3 overtime loss to the Buffalo Sabres on Tuesday.

Retired, but the work is never done! Danny multitasking while on the phone with #NHLLive on the @NHLNetwork pic.twitter.com/BRNBfvRE6B

Signed to an eight-year, $52 million contract with Philadelphia prior to the 2007-08 season, Briere collected 124 goals and 159 assists in 364 games with the team. The Quebec native scored 36 goals and set up 32 others during 62 career playoff contests with the club, and recorded a league-leading and franchise-best 30 points (12 tallies, 18 assists) in 23 games to help Philadelphia reach the Stanley Cup final in 2010.

Top Moments: Bruins vs. Flyers
NHL Outdoors at Lake Tahoe features a Sunday matchup between the Bruins and Flyers. Here are the top moments from the day!
3 days ago

The Best Of Outdoor Hockey
Before the NHL takes the game to the shores of Lake Tahoe, here are the highlights of the Winter Classics, Stadium Series and more.
5 days ago
those were the latest stories
Want to see more?
View All Stories
Fox Sports™ and © 2021 Fox Media LLC and Fox Sports Interactive Media, LLC. All rights reserved. Use of this website (including any and all parts and components) constitutes your acceptance of these Terms of Use and Updated Privacy Policy. Advertising Choices. Do Not Sell my Personal Info