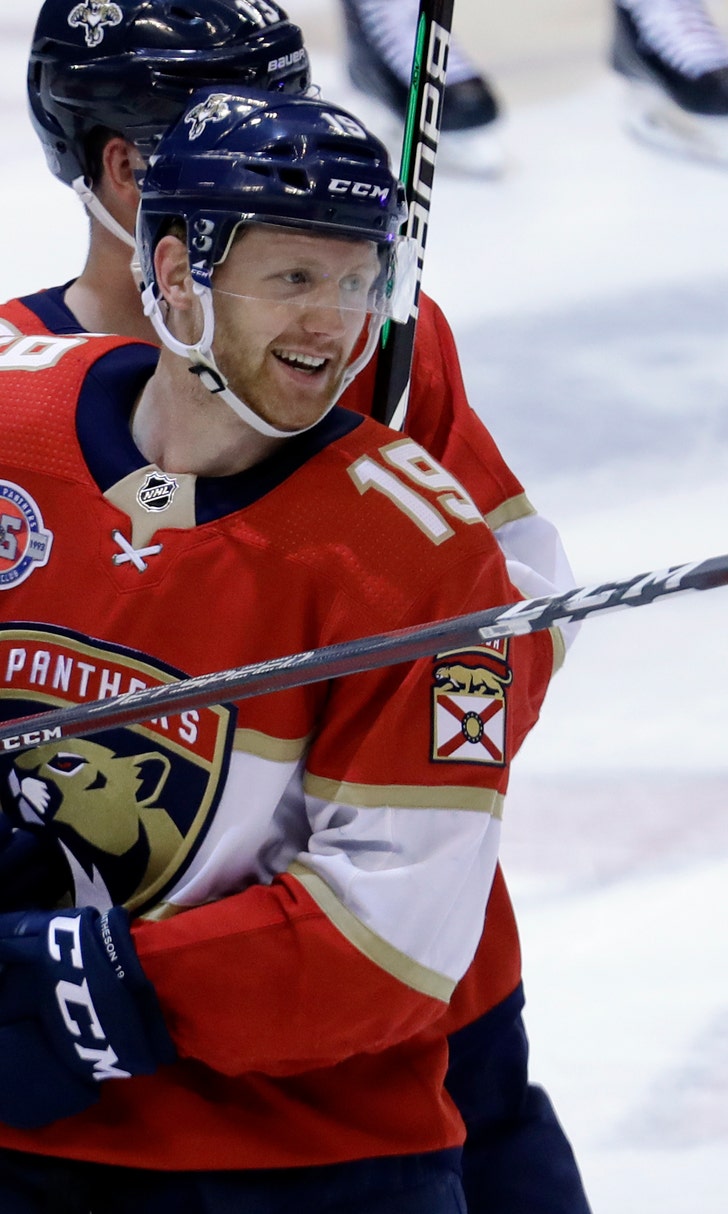 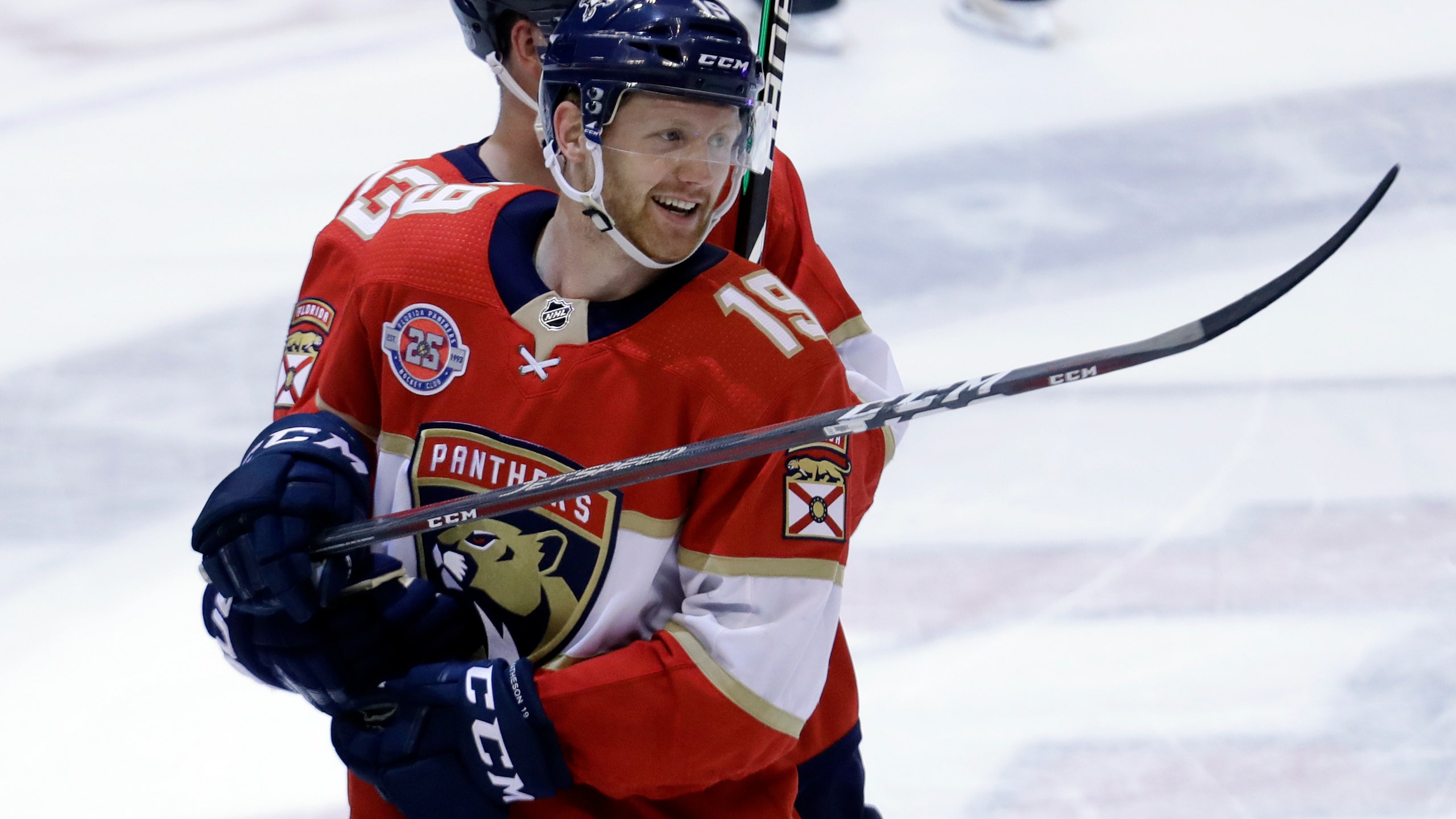 Matheson scores in OT to lift Panthers over Penguins 3-2

SUNRISE, Fla. (AP) — The Florida Panthers didn't lose their composure after giving up the lead late in the game.

Mike Matheson scored 4:14 into overtime to lift the Panthers over the Pittsburgh Penguins 3-2 on Thursday night.

Matheson tipped in a pass from Jonathan Huberdeau from the slot, saving Florida after the Panthers let in the tying goal midway through the third period. That came two nights after allowing three third-period goals in a 3-2 loss to the Blues.

"That's the biggest difference between this game and last game, compete and composure, both those things were missing against St. Louis," coach Bob Boughner said. "Even when they got that last goal, we turned it up and played in their end and didn't get rattled."

Evgenii Dadonov had his first goal in nine games and Colton Sceviour also scored for the Panthers, and Aleksander Barkov had two assists. Roberto Luongo made 29 saves to help Florida win for the seventh time in nine games.

"We didn't execute tonight," Sidney Crosby said. "We want to make sure we're playing the same way every night."

The Penguins tied it at 2 when Pettersson's shot from the blue line got through traffic at 8:17 of the third. The goal was Pettersson's first of the season and second in his career.

"We've done that in past games this year," Matheson said. "We've given up a goal and sat back and kind of been scared to not lose."

This time, the Panthers got the extra point.

"It's a big point," Penguins coach Mike Sullivan said. "We're disappointed we didn't earn the extra one in the overtime because we're capable in that situation."

Sceviour made it 2-1 when he took a drop pass from Barkov and poked in the puck from the slot with 2:28 left in the second. Barkov's assist was his 300th NHL point.

Dadonov's power-play goal gave the Panthers a 1-0 lead. Dadonov grabbed a rebound off the end boards and backhanded the puck between DeSmith's pads at 5:22 of the first.

McCann tied the game at 1 with a short-handed goal against his former team. McCann's shot from the right circle beat Luongo on the stick side with 6:09 left in the second period. The Panther have given up 10 short-handed goals this season.

The Panthers killed off a 58-second 5-on-3 in the second.

Notes: Penguins C Sidney Crosby tied Mario Lemieux's team record of 915 games played. ... G Matt Murray missed the game with an upper-body injury. ... Fs McCann and Nick Bjugstad faced their former team for the first time since being traded for Derick Brassard and Riley Sheahan on Feb. 1. The Panthers offered a video tribute to both players on the scoreboard. ... Luongo played his 1,028th game and move one behind Patrick Roy for second place on the career list for goalies. Martin Brodeur is first with 1,266.