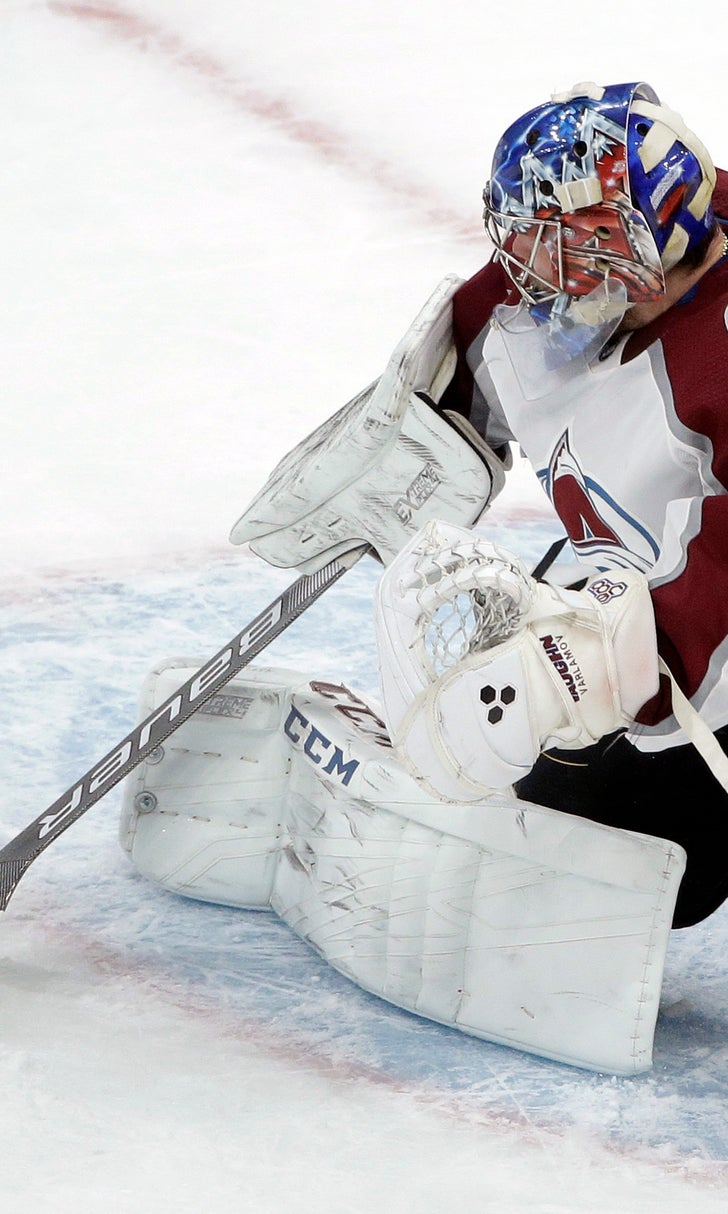 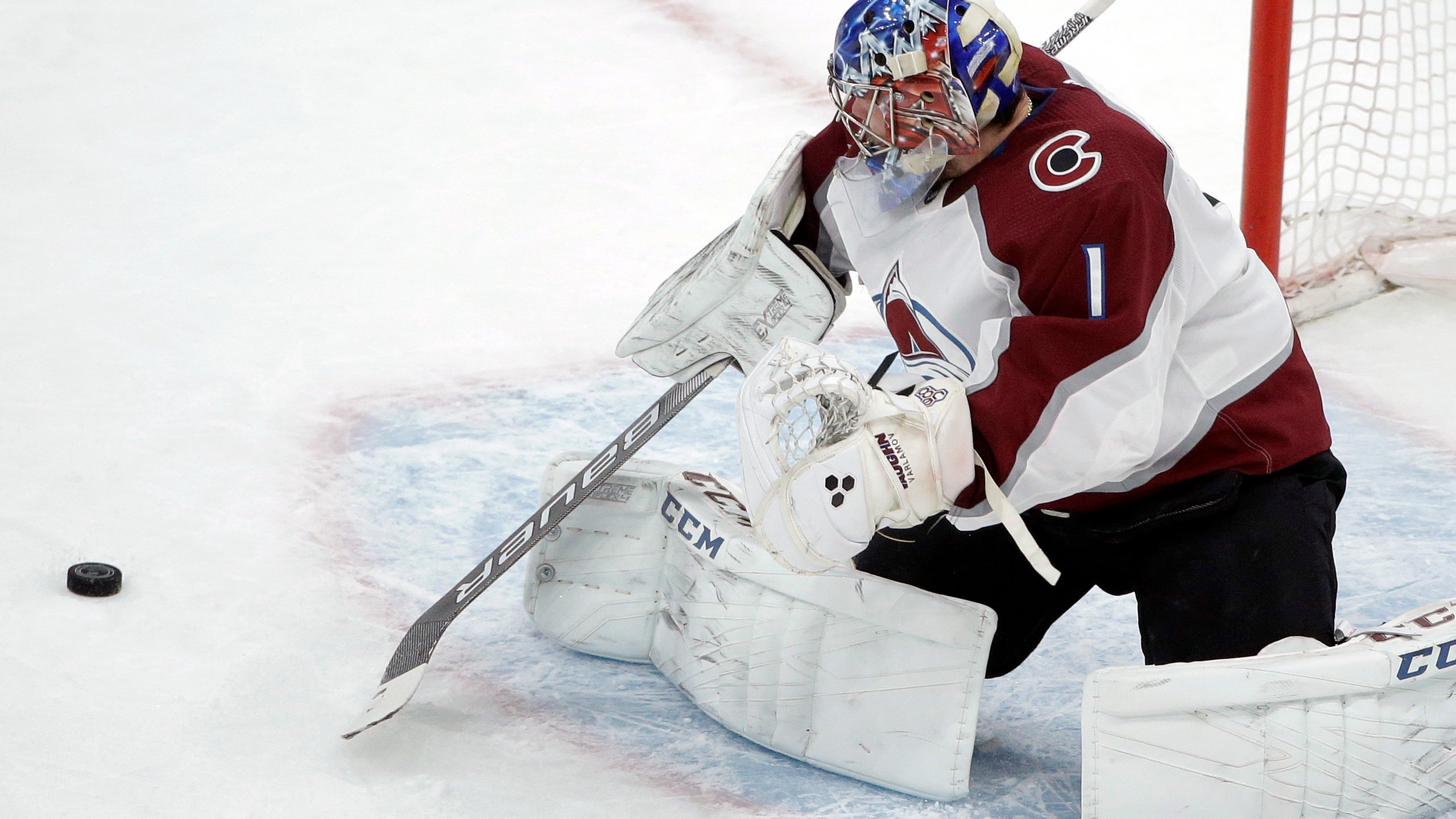 previous story
A’s unsure when or if Kyler Murray will report
next story
Murray, Crosby lead Penguins past Flyers 4-1

Losing ground: Avalanche looking to break out of recent funk

DENVER (AP) — The Colorado Avalanche could point to obvious flaws for their prolonged plunge: Erratic goaltenders, floundering special teams, inconsistent scoring from players not on their top line .

Or just go with the more direct one.

The Avalanche were tied for the most points in the Western Conference after games on Dec. 7. Two months and a 5-15-6 record later, they're trying to get on track and climb back into playoff contention. It's been a perplexing freefall for an Avalanche team that hasn't won since Jan. 19.

"Everybody's kind of taking their individual games down a couple of notches," said Landeskog, whose team hosts Toronto on Tuesday looking to break a seven-game slide (0-4-3). "That adds up to the team not desperate enough, not hungry enough, not fast enough, not physical enough."

The silver lining to this grisly stretch: Colorado (22-22-11, 55 points) still sat just four points out of a playoff spot entering Monday. Any other year, the deficit probably would be even greater.

"We're lucky," center Nathan MacKinnon said. "We're lucky the West is bad this year. If we were in the East, we'd be (eight) points out. So, we're lucky everyone's kind of lost separately. It's been weird. We had a great start. We were first in our division and we've been just losing ever since, so we're lucky. It feels like we're 30 points out, but we're only (four) and we need to remind ourselves of that."

Colorado finished a three-game trip with three straight overtime losses . Those are a valuable three points earned in defeat, but the team desperately needs wins.

"It's been two months we've been losing, so if we don't get wins we're not happy," said MacKinnon, whose team dropped to 1-11 in OT games this season. "We need wins. That's all that really matters."

General manager Joe Sakic recently gave the reeling team a vote of confidence. Playoffs are still firmly on his mind.

"I believe in the guys in that dressing room, that we can right the ship," Sakic said. "I know they believe it. Right now, the confidence is a little low."

Colorado's role at the trade deadline on Feb. 25 could be decided over the next few games. Once potential buyers — or comfortable making no moves — the team could become sellers. One thing Sakic won't do is mortgage the future. He said the two first-round picks are off limits, along with some of their prized prospects.

"For us, it's got to make sense going forward," Sakic said of a deal.

The recent struggles in net have plagued Colorado. Semyon Varlamov is 13-13-8 with a 2.91 goals-against average. Backup Philipp Grubauer hasn't been any more steady, going 9-7-3 with a 3.47 goals-against.

"Got to get them playing with a little more confidence," Sakic said.

The power play of late has been problematic, too. Since Dec. 8, they're last in the league in penalty kill percentage and 21st in converting power play chances.

Colorado also is looking for more secondary scoring to help out the top line of Landeskog, MacKinnon and Mikko Rantanen, which has combined for 206 points.

"Obviously, everything is magnified when you lose," MacKinnon said. "When you win, those mistakes kind of get covered up and you don't really see them in video or things like that. So, it's been tough. Obviously, a lot of negativity, but we've played some decent games."

Sakic remains firmly in the corner of coach Jared Bednar, who led the Avalanche back to the postseason a year ago — he was a coach of the year finalist — after going 22-56-4 in his first season.

"The problem is not coaching at all," Sakic said. "We have good systems."

"Some losing teams kind of turn on each other, but everyone has each other's backs and we're trying to win with each other," MacKinnon said. "We know (with) losing comes changes and we don't want to change our team. So, the mood is still pretty good.

"I think that's the only way to get out of it. If you hang your head and be negative, I think you're just kind of doomed from there. So we're still positive."