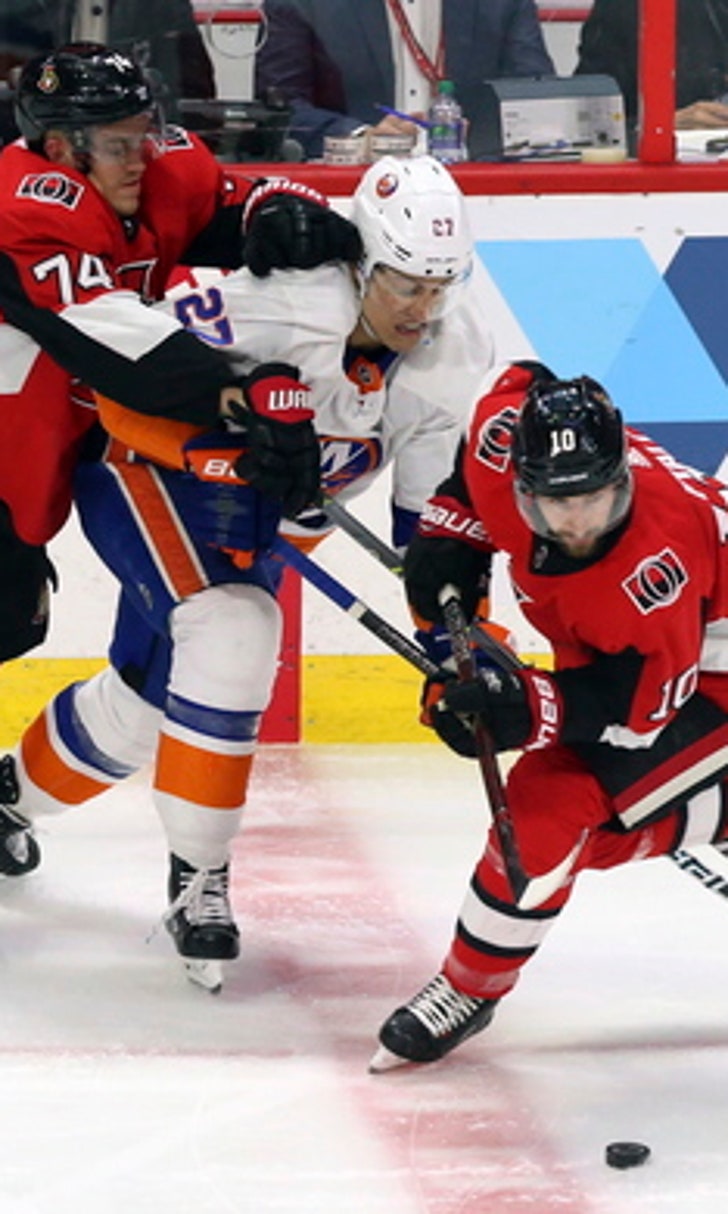 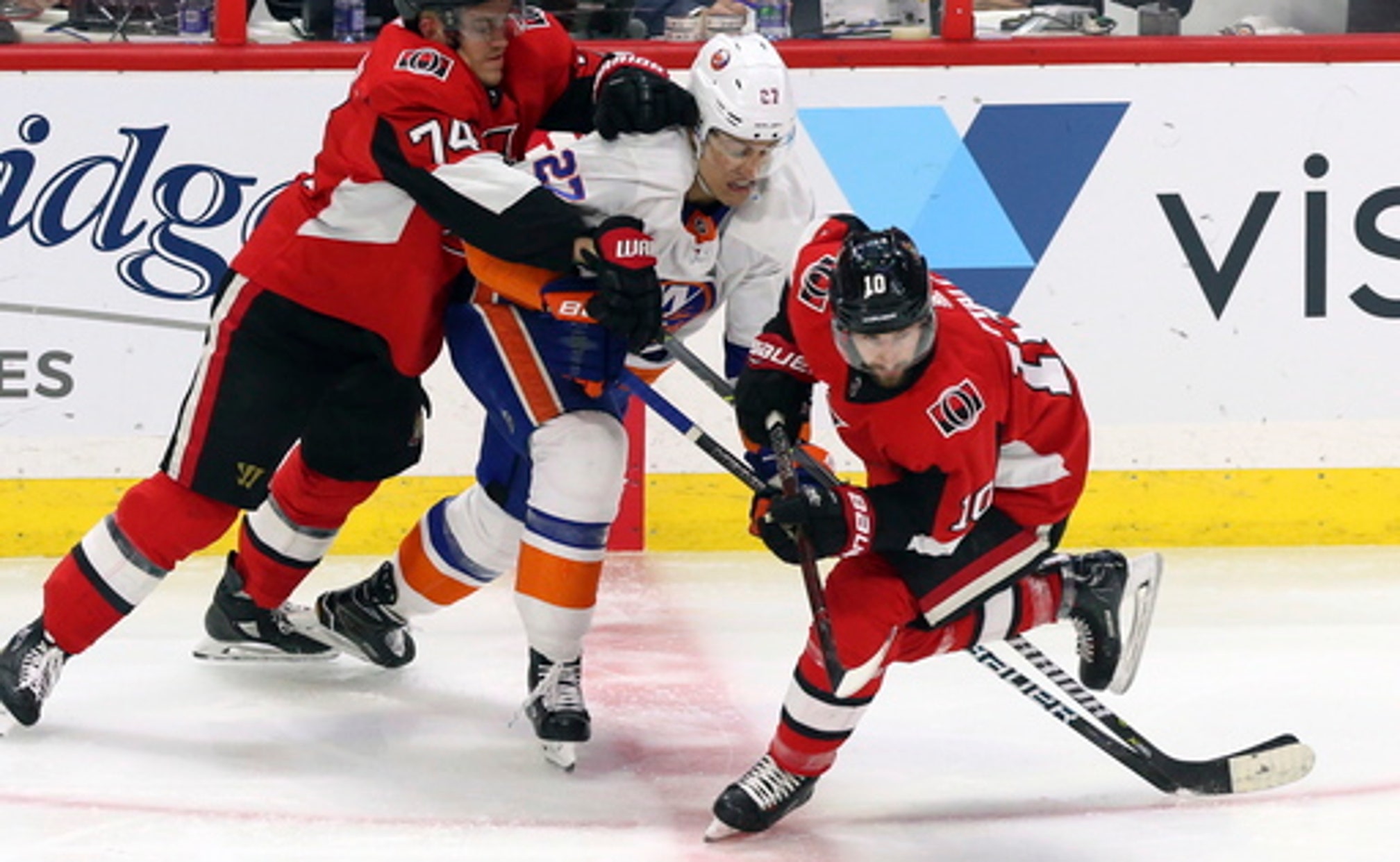 OTTAWA, Ontario (AP) One day after being eliminated from playoff contention for the second straight year, the reeling New York Islanders were glad to get another win.

Andrew Ladd scored the tiebreaking goal late in the third period to lift the Islanders to a 4-3 victory over the Ottawa Senators on Tuesday night.

''As athletes we want to win, we hate losing so we want to compete, we want to go out there and work hard do the right thing,'' Beauvillier said. ''It's about pride, it's about playing for us and it's about feeling good about ourselves.''

Matt Duchene, Erik Karlsson and Bobby Ryan scored for Ottawa, which has lost six straight for the second time this season. Mike Condon finished with 27 saves.

''It's frustrating,'' said Duchene, who also had two assists. ''I thought we were probably the better team start to finish. We had a lot of sustained pressure in their end, some really good scoring chances and Halak was good for them. It's frustrating, even though the points don't mean anything right now, you want to win games.''

Ryan tied the score 3-3 for Ottawa with 4:34 left after he sent a shot on goal and New York's Brandon Davidson deflected it into his own net.

Ladd regained the lead for the Islanders with 2:03 remaining as he tipped Thomas Hickey's shot past Condon for his 11th of the season.

''It was a little scrambly game, but we kept fighting and it was good to see (Ladd) get the winner,'' Islanders coach Doug Weight said. ''We had to weather some storms. They put a lot of pucks on the net. They had some pretty good power play looks and we managed to hold on so it was good.

Trailing 2-1, the Islanders tied it in the game 1:23 into the second as Beauvillier beat Condon with Jordan Eberle in front to screen.

The Senators had a number of chances to regain the lead as they outshot New York 13-7 in the middle period, but Halak made several big saves.

Nelson gave the Islanders a 3-2 lead with 1:18 to go in the period as he fired a wrist shot past Condon for his 18th of the season.

The Islanders opened the scoring on the power play 6:15 into the game as Lee, with his team-high 39th, backhanded John Tavares' rebound past Condon.

The Senators then scored twice to take the lead. Jean-Gabriel Pageau's shot went in off Duchene with 7:06 left in the first, and then Karlsson's ninth of the season put Ottawa in front less than two minutes later.

Ottawa native Ben Sexton, who was recalled Sunday, played his second NHL game and first on home ice. His father, Randy, was the Senators' general manager from 1993-95.

NOTES: Ottawa D Ben Harpur was a healthy scratch. ... Senators RW Mark Stone missed his ninth straight game with a leg injury, while Marian Gaborik missed his third straight game with an undisclosed injury. ... Davidson knocked a puck into his own goal for the second straight game. On Monday night in a 3-0 loss at home against Florida, the Panthers' Evgenii Dadonov sent a pass from the left side boards toward the net for a streaking Nick Bjugstad, but the puck deflected off Davidson's skate and past goalie Christopher Gibson.