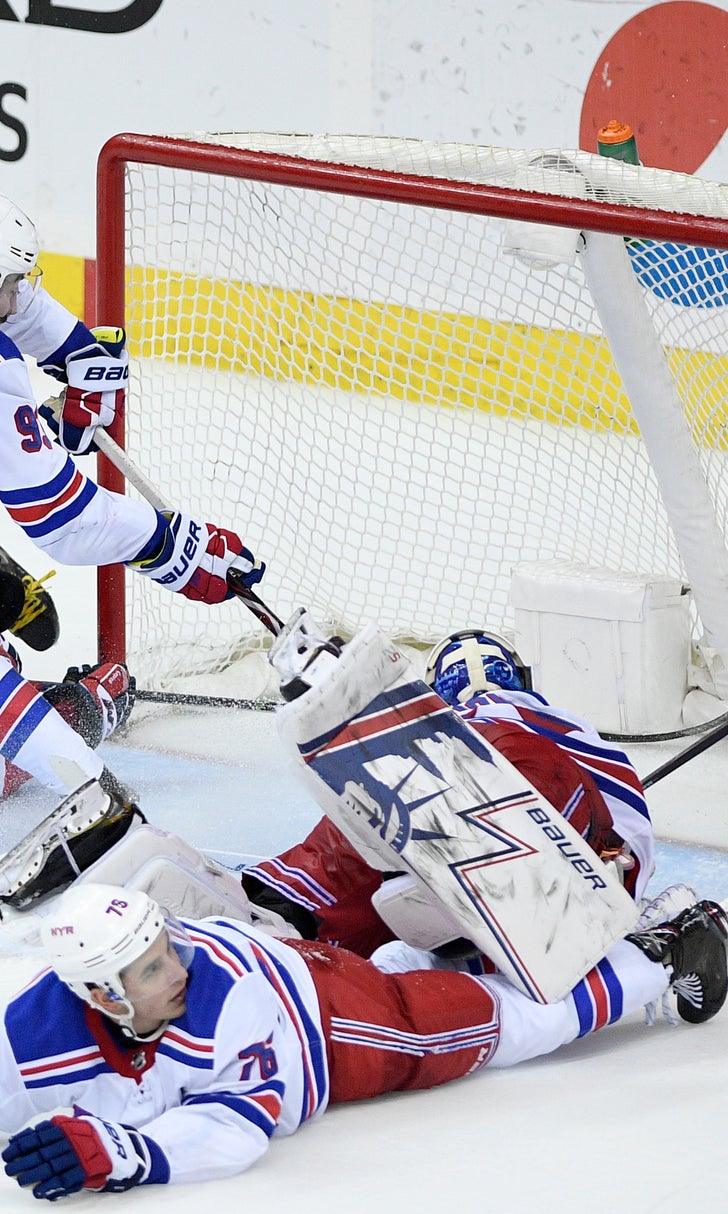 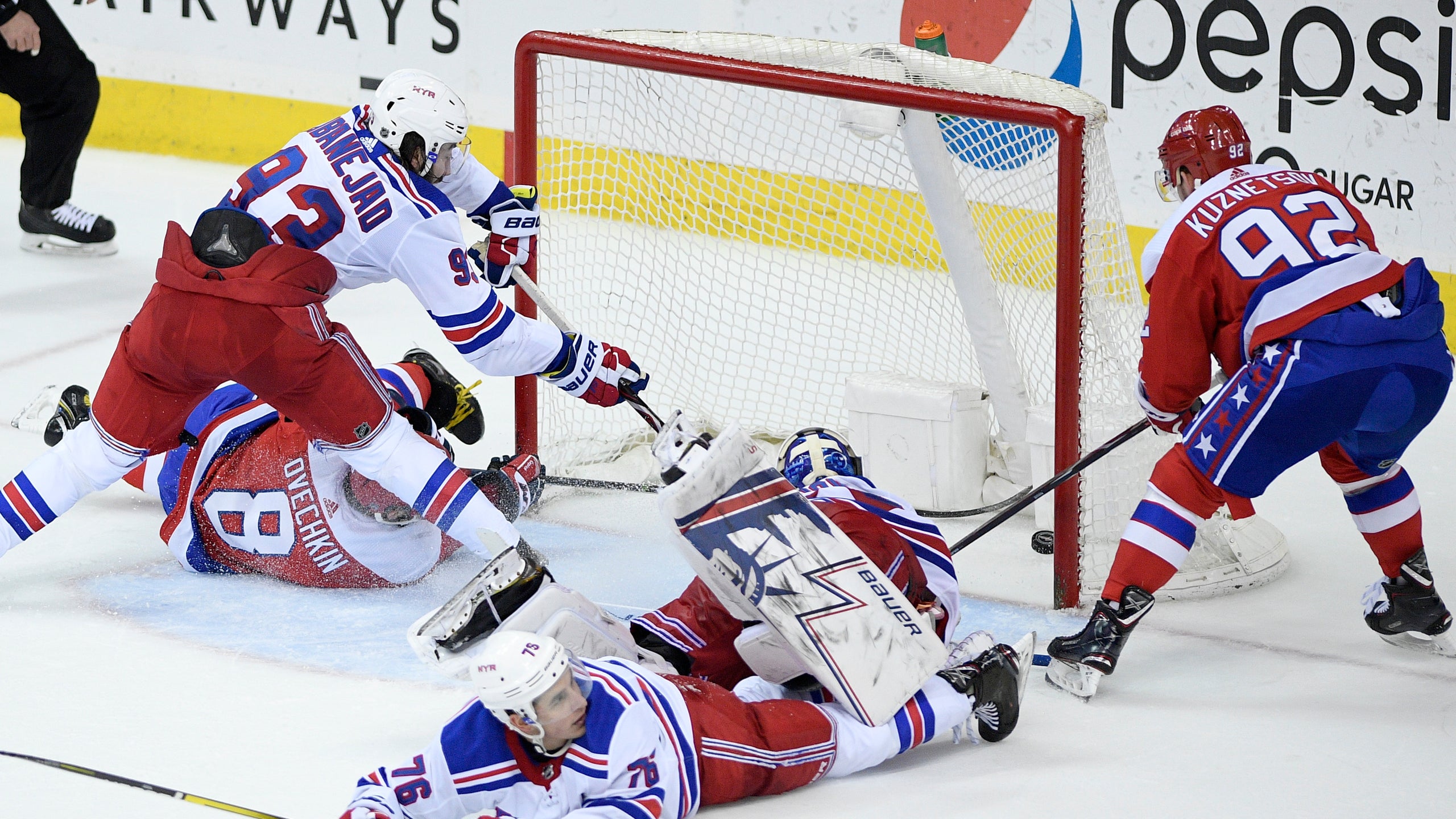 WASHINGTON (AP) — Evgeny Kuznetsov wanted to win so badly Sunday he was even willing to get in Alex Ovechkin's way.

Kuznetsov scored at 4:20 of overtime, just beating his star teammate's stick to the puck, and the Washington Capitals defeated the New York Rangers 6-5 in their return from their longest road trip this season.

"Those two points are really big for us," Kuznetsov said of the victory, which came after Washington twice gave back two-goal leads. "I feel especially today between one and two points it will be a huge difference at the end of the season."

Rangers goaltender Henrik Lundqvist tried to block Kuznetsov's pass back to Ovechkin in front of the net.

But the puck trickled away from Lundqvist and into the crease. Ovechkin first attempted to knock it in for what would've been his 45th goal before Kuznetsov guided it across the goal line from inches out for his 16th of the season.

"I don't think it matters who scores, right?" Kuznetsov said. "As long as we got a win."

Tom Wilson added his 17th goal, and Nic Dowd and Michal Kempny also scored for Washington. Pheonix Copley made 26 saves as the Capitals won a day after losing in Buffalo to finish their six-game trip at 3-3-0.

"We know it's a big time of the year," Backstrom said. "The last 20 games here, we need to get going, we need to collect points. We need to start playing better."

Rangers defenseman Brady Skjei scored multiple goals for the first time in his career, his second tying the game with 31 seconds remaining in regulation.

Lundqvist stopped 29 shots for the Rangers, who nearly pulled off a surprising victory despite going into the trade deadline Monday in rebuilding mode.

They dealt forward Mats Zuccarello to Dallas on Saturday for a pair of draft picks, and sat forward Kevin Hayes and defenseman Adam McQuaid for a second straight game Sunday.

"There's an awful lot of good to take out of tonight," Rangers coach David Quinn said. "The fact that we fought back from two-goal deficits twice. ... We weren't pushed around physically or mentally. These are the things you're going to have to do moving forward to have success."

Backstrom hadn't scored in 12 games entering Sunday, but he gave Washington a 5-3 lead when he beat Lundqvist over his glove from in close early in the third for his second of the game.

While the Capitals killed off another New York man advantage inside the final four minutes, Skjei's deflected shot forced overtime and set off wild celebrations on the visitors' bench after the Rangers emptied their net.

"It's been an emotional 48, 72 hours for everybody," Quinn said. "And that felt really good, that goal."