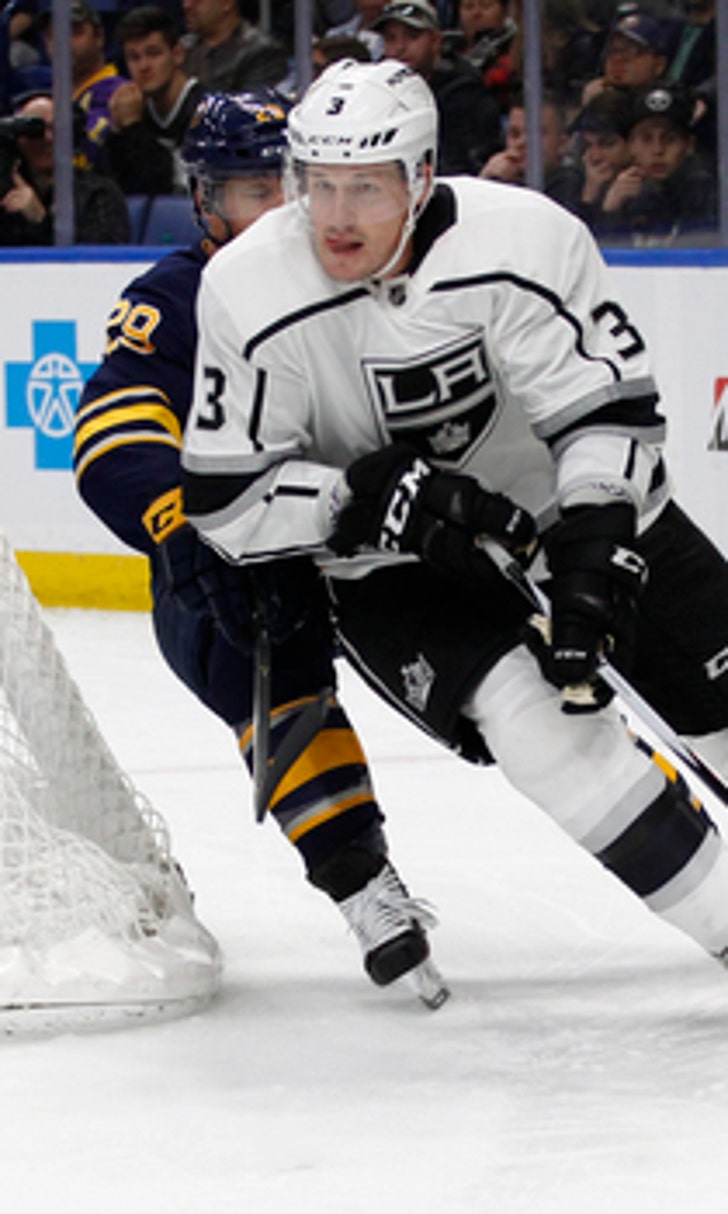 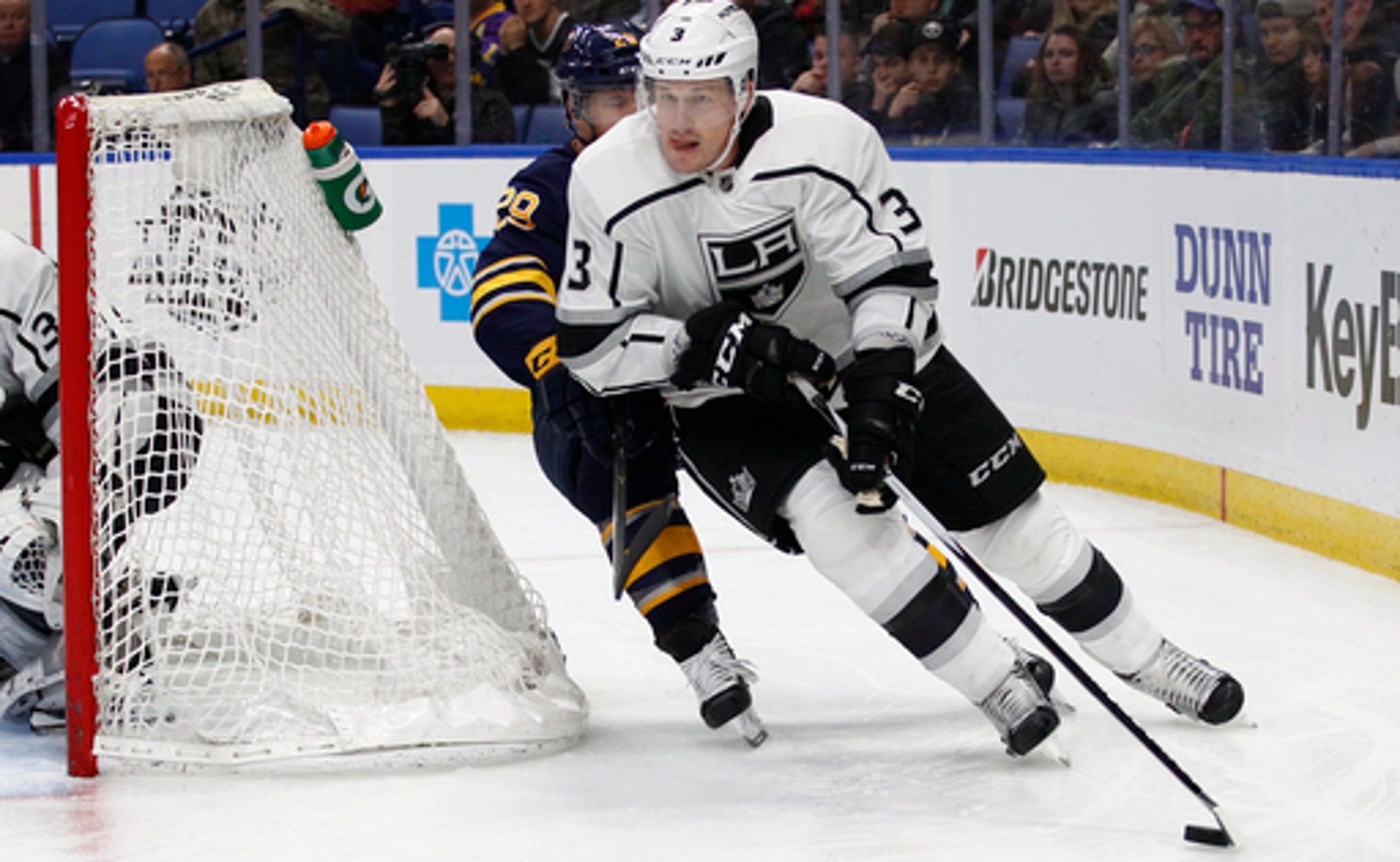 Kopitar, Amadio score 2 each in Kings’ 4-2 win over Sabres

Kopitar and rookie Michael Amadio each had two goals in a 4-2 win, which the Kings broke open by scoring three times on consecutive shots over a span of 5:35 on Saturday afternoon.

''I think our second period was huge, not just getting the three goals but just dictating the game,'' said Kopitar, who upped his team-leading total to 25 goals. ''I thought (today) was a step in the right direction, but we've got to continue going.''

Los Angeles improved to 31-22-5 and vaulted into 10th place in the West, a point ahead of the idle Colorado Avalanche.

''I don't think we were worried about the 15-year drought in here, but we had a three-game slide that we certainly wanted to stop,'' Kopitar said.

Frustration boiled over for the Eastern Conference's last-place Sabres.

The press box shook with the loud sound of a door slamming, and Sabres general manager Jason Botterill was spotted leaving the team's booth shortly after Kopitar scored his first goal to put the Kings up 2-0.

Sabres forward Jason Pominville wasn't surprised upon being informed of what happened.

''The one thing we control is our effort and the energy we bring,'' he said. ''Some nights, we're just not bringing it. I really don't get it.''

The Sabres didn't wake up until the third period, when Marco Scandella scored 30 seconds in with a blast from the blue line that sailed over goalie Jonathan Quick's right shoulder. Then Rasmus Ristolainen scored during a scramble in front with 3:18 left.

Sabres forward Benoit Pouliot lost his balance while trying to play the puck just inside Buffalo's blue line. The puck dribbled to Brown to set up a 2-on-1 break. Brown fed Kopitar, who wound his way across the front of the net and easily deposited a shot into the open right side with 7:58 left in the second period.

Kopitar made it 3-0 with 3:54 left. He was set up for a one-timer in the left circle by Alex Iafallo, who beat the Sabres' defenders to a loose puck behind the Buffalo net.

Then, Amadio scored his second when Sabres defenseman Justin Falk got turned around. Amadio stepped around Falk, and snapped a shot inside the right post.

The only knock Kings coach John Stevens had was how his team eased up in a third period during which Los Angeles was outshot 18-6.

''I thought we kind of got off page a little bit, and they made a big push in the third period that we weren't ready for,'' Stevens said.

NOTES: The Sabres are 2-6-1 in their past nine home games and 8-17-4 overall at home. Buffalo's fewest home wins in an 82-game season is 13, set in 2013-14. ... Iafallo was a fan of the Sabres growing up in Eden, New York, just outside Buffalo. Though Iafallo had a large contingent of friends present for his first game at Buffalo, the Kings rookie's parents weren't among them. They were instead in Columbus, Ohio, to be with Iafallo's sister, Juliana, who was being honored as part of Ohio State women's hockey team's senior weekend. ... Sabres C Ryan O'Reilly entered the day leading the league with 867 faceoff wins.

Kings: Continue their seven-game trip at the Chicago Blackhawks on Monday night.