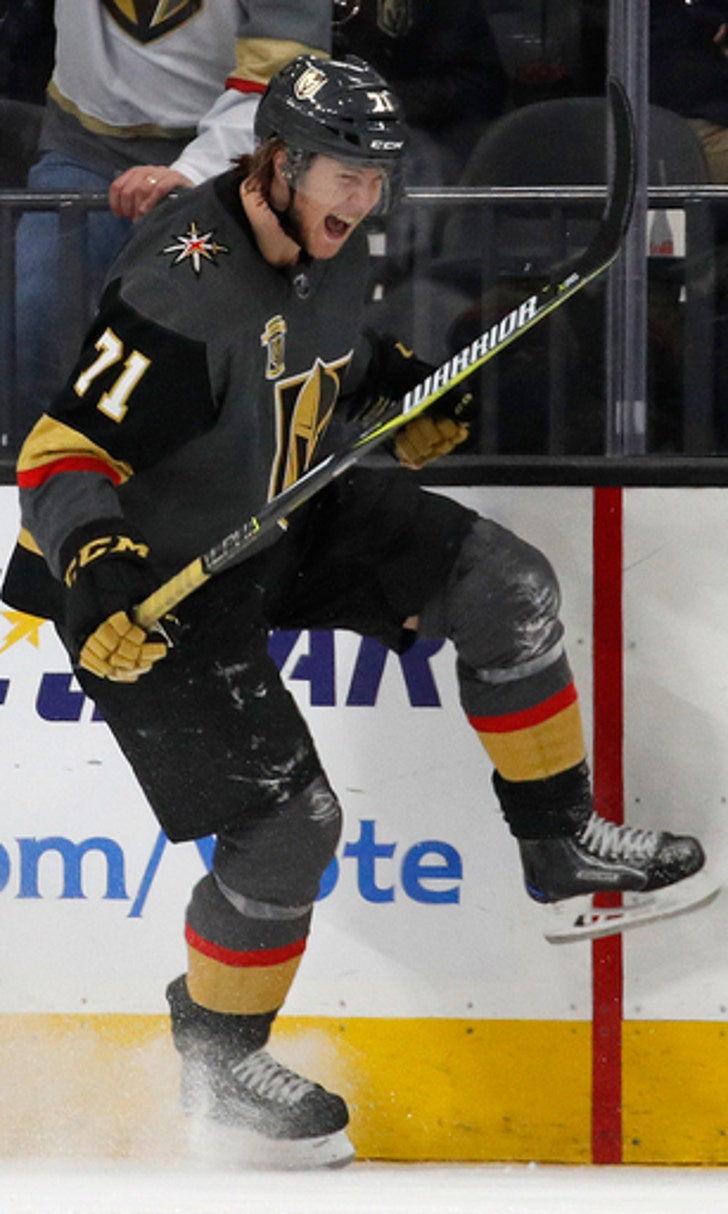 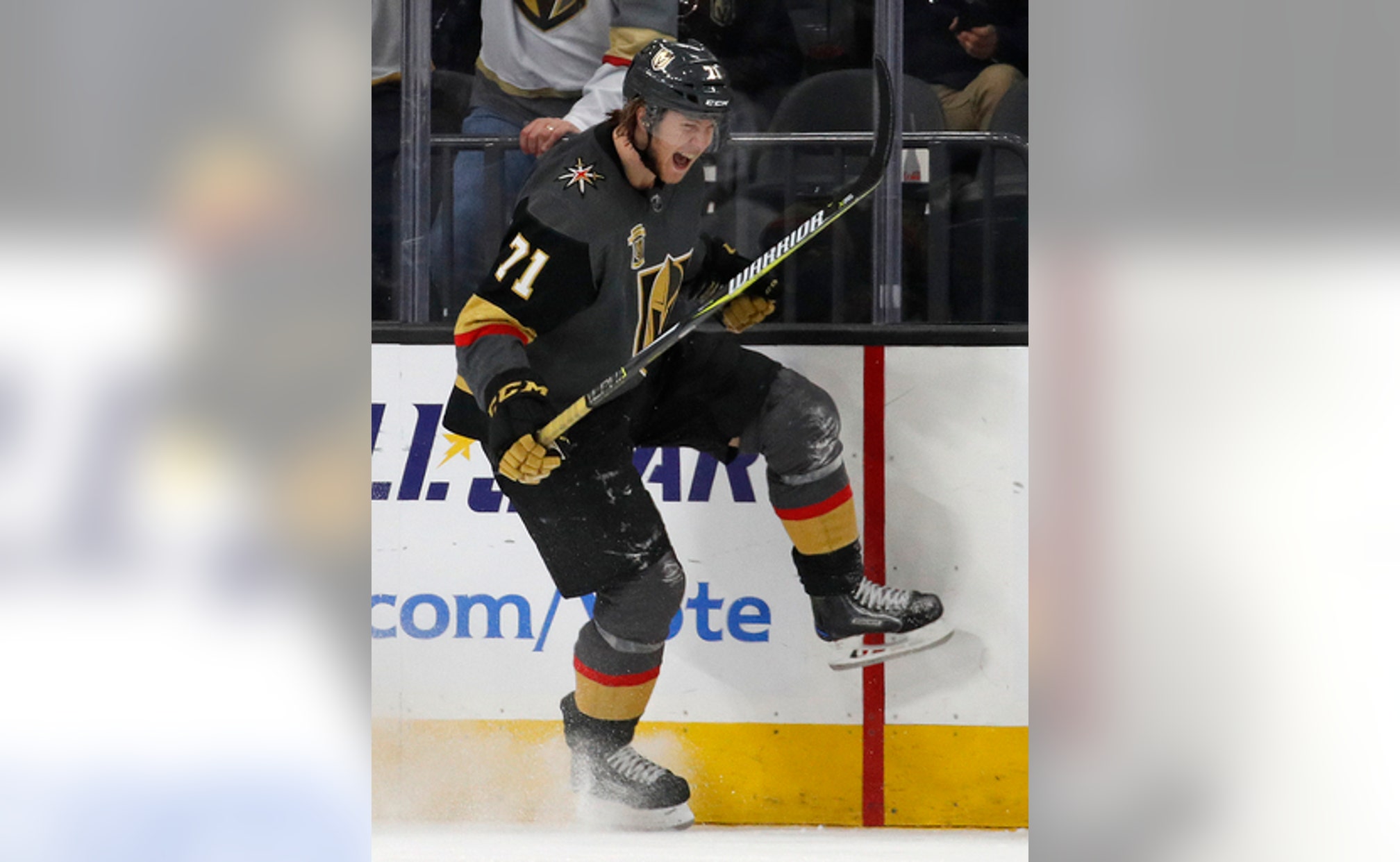 Hours before The Las Vegas Strip was shut down for revelers, a standing room crowd of more than 18,000 watched William Karlsson score the first hat trick in Vegas history and add an assist to help the streaking Golden Knights beat the Toronto Maple Leafs 6-3 on Sunday.

The Western Conference-leading Golden Knights have won seven straight and have earned points in 12 consecutive games, both NHL records for a first-year team. An NHL-best 11-1-1 in December, the Golden Knights are 16-2-1 at home and 26-9-2 overall.

''It's been a great year so far, I think that first home game (on Oct. 7) set us off, it was a very special night, we came out flying and not only won for us, but for the whole city,'' said Karlsson, who pushed his team-leading goals total to 20. ''Ever since then the crowd has been amazing, they've really embraced us, and we love them too since they're here every game supporting us.''

''Marchessault and Karlsson, they're having great, solid years, they're doing a great job for us,'' Vegas coach Gerard Gallant said. ''The chemistry on that line has been really good, and when they make plays like that, that's what's important to our team. We talked about having 20 guys playing every night, and most nights we got it, but when these guys are hot like they are, they make your team go.''

Toronto is 11-7-1 against the Western Conference and 8-5-0 against Pacific Division team. The Maple Leafs, who played their 10th road game of the month, finished a five-game trip 2-2-1.

''I thought they were a real quick team, I thought they played well and in the end we're going home and need to regroup and get playing,'' Toronto coach Mike Babcock said.

Moments after Toronto defenseman Martin Marincin blocked Alex Tuch to thwart a 2-on-1, Bellemare's backhand slipped under Anderson's glove to give the Golden Knights a 1-0 lead less than three minutes into the game.

Two minutes later, Vegas defenseman Deryk Engelland ignited a 2-on-1 break and fed the puck to Reilly Smith, who found Karlsson for a one-timer that beat Anderson stick side. Haula, playing in his 399th career game, made it 3-0 when he grabbed a loose puck at the red line and fired a wrist shot over Anderson's glove.

''We lost our third man a few times, which allowed them to get those odd-man rushes, something we don't normally do, but we did tonight, and they took advantage of it,'' said Marleau, who got Toronto on the board in the second period. ''Those guys got something to prove and they're doing a good job and it's a good team over there.''

Vegas extended its lead to three when Marchessault grabbed an errant pass that bounced off the referee's skate and fed Karlsson for his second of the game.

''A guy like that never had a big chance to prove he was a top-line guy, and this year he's making the most of it. We have a great connection,'' Marchessault said about Karlsson. ''We just find each other, and we know how to play. We always play against top lines and we know if we keep playing that way, we're going to get rewarded.''

Matthews scored his 16th and 17th goals, connecting with less than a minute left in the second period and again 27 seconds into the third.

Vegas responded, however, when defenseman Shea Theodore entered the zone with Toronto skaters on his heels, then found Karlsson, who assisted Marchessault perfectly to put the Knights back up by two, 5-3.

Matthews reached the 100-point plateau for his career. ... Maple Leafs G Calvin Pickard was Vegas' first pick in the expansion draft, from the Avalanche and was later traded to Toronto. 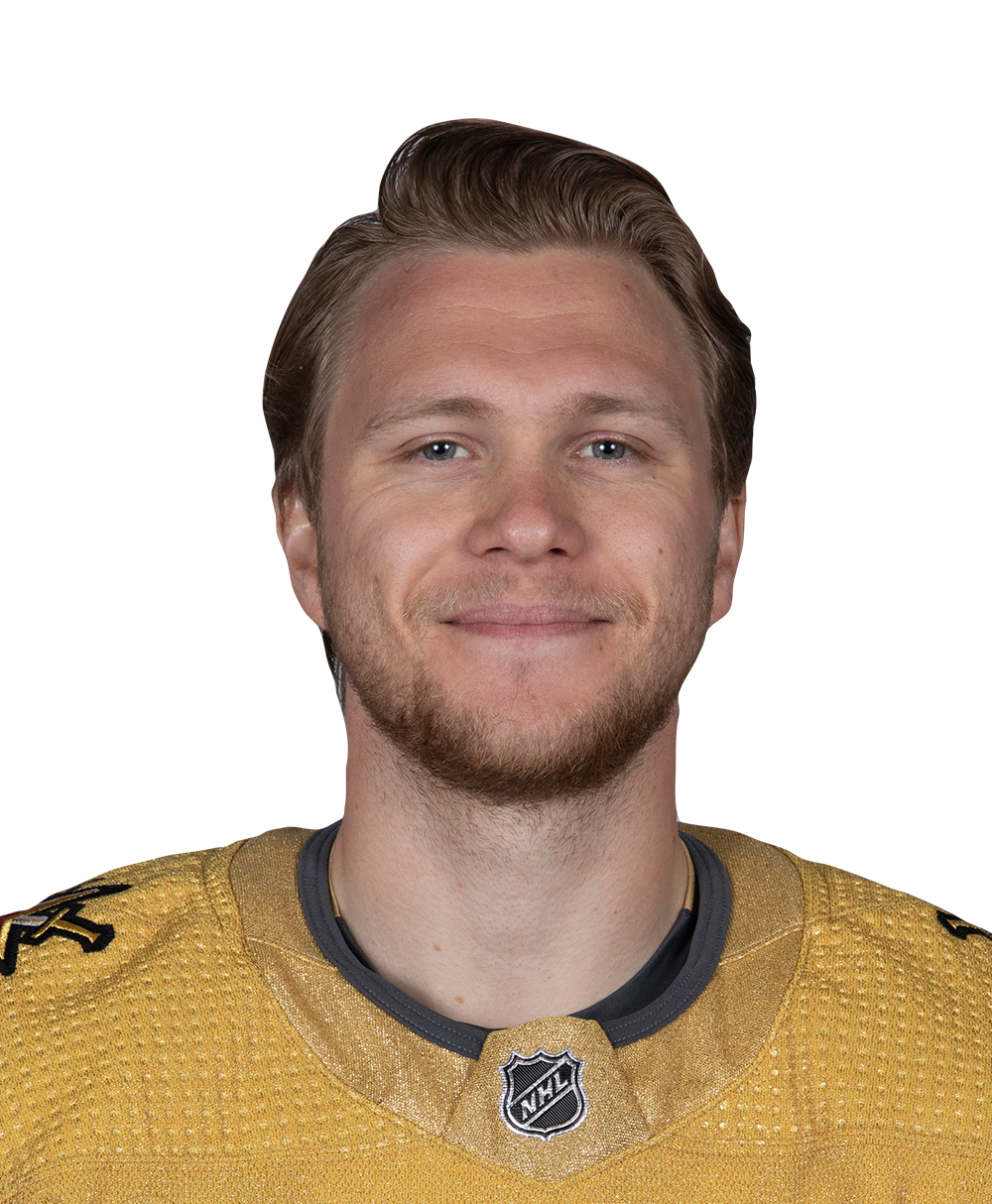