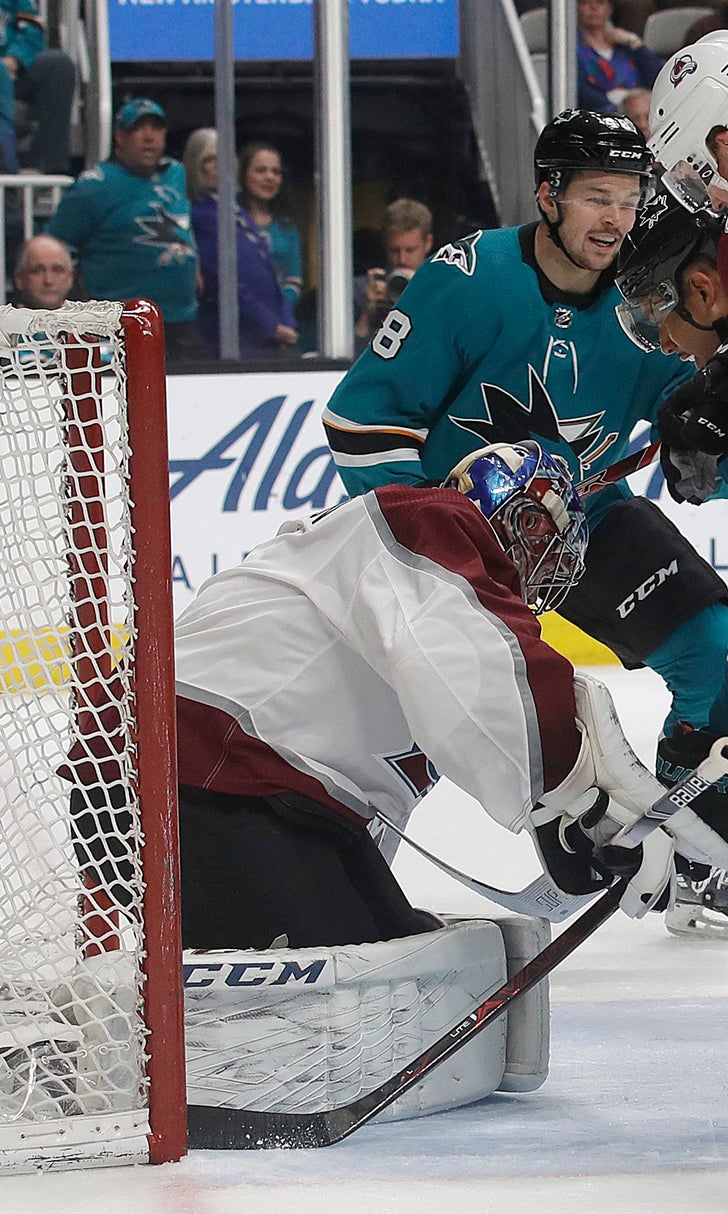 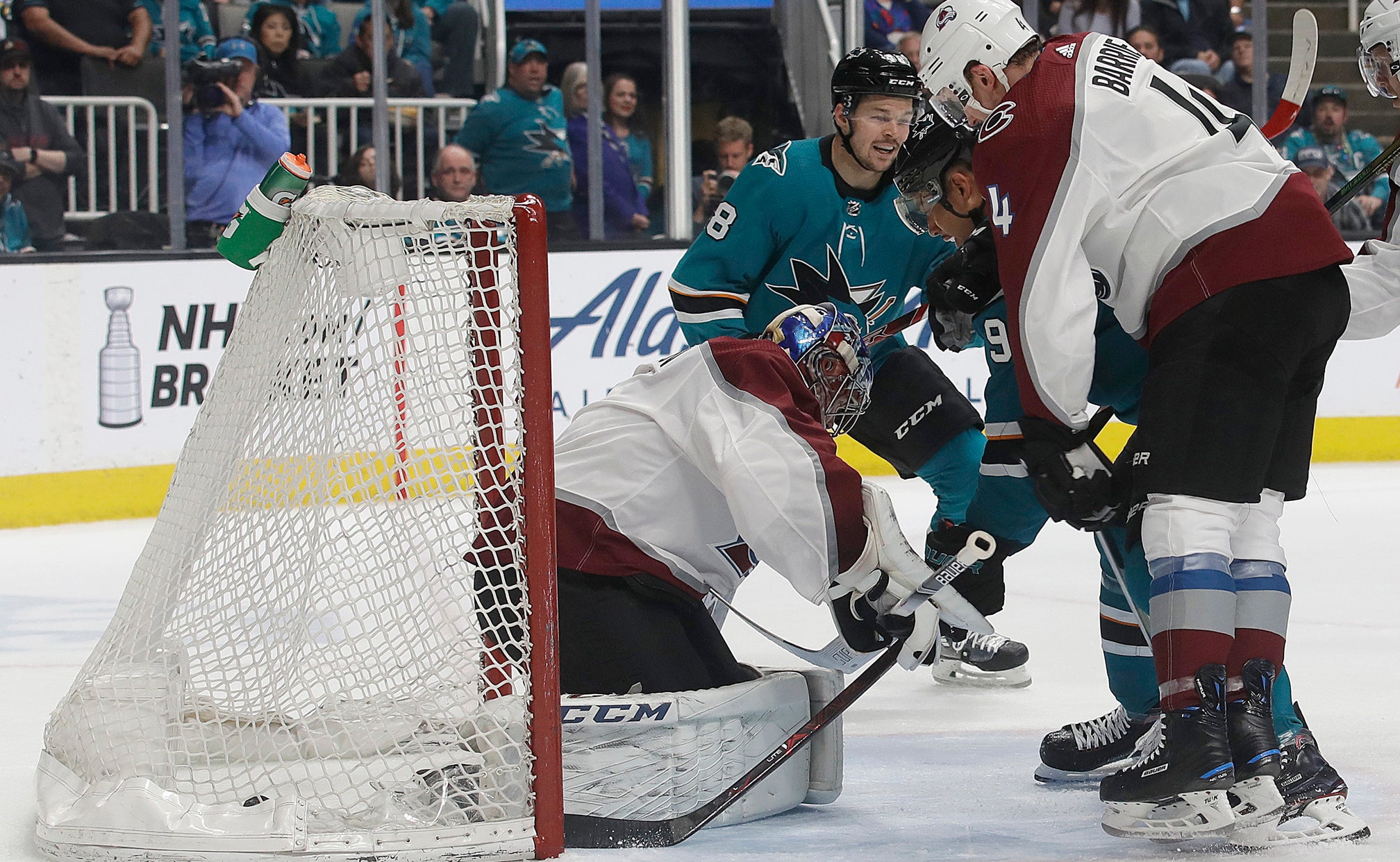 SAN JOSE, Calif. (AP) — After a late-season slump cost them a shot at first place, the San Jose Sharks hope they found their game in time to make a playoff run.

Evander Kane scored to make San Jose the first team in 10 years with at least four 30-goal scorers and the Sharks wrapped up the second-best record in the Western Conference by beating the Colorado Avalanche 5-2 on Saturday night.

The Sharks closed the regular season with two straight wins following a stretch of 10 losses in 11 games.

"These last two games were a good stepping stone for us," Kane said. "We had leads going into the third period and we closed them out. A couple of weeks earlier we were struggling with that. ... Definitely a step in the right direction."

Tyson Jost and Nathan MacKinnon scored for the Avalanche, who had gone 10 straight games without a regulation loss. Semyon Varlamov made 25 saves.

The game proved meaningless for the Avalanche, who were locked into the second wild-card spot after Dallas won earlier.

"Today I didn't think the game was played with a real high intensity level, both teams knowing where they sit," Avalanche coach Jared Bednar said. "I liked our energy and the way we skated, but I look at every goal and we made a mistake on every goal. . We had some puck play and some decision making that wasn't quite sharp, but I guess that's to be expected."

The Sharks had already solidified second place in the Pacific Division but locked up the No. 2 spot in the Western Conference with the win, assuring them home-ice advantage if they advance to the conference finals. Calgary won the Pacific and has the top record in the West.

Perhaps the most important part of the game for San Jose was the return of star defenseman Erik Karlsson, who had missed the previous 17 games with a groin injury. Karlsson got in a tuneup for the postseason, playing more than 22 minutes and posting a plus-3 rating.

"It was nice to be out there today and be in some situations and figure some things out," Karlsson said. "I'm pleased about that. I didn't go too hard today, didn't want to risk anything. I'll be able to go full out (next week) and hopefully pick it up where I left off."

The Avalanche scored on their first shot when Jost beat Jones from the slot through a crowd less than three minutes into the game, but the Sharks answered with goals from Burns and Kane in the middle of the period to take the lead.

Burns beat Varlamov off a faceoff win from Tomas Hertl to tie the game. Burns added an assist to give him 83 points on the season, the most by a defenseman since Brian Leetch had 85 in 1995-96.

Kane then deflected a pass from Nyquist past Varlamov, joining Hertl, Joe Pavelski and Timo Meier with at least 30. No team had four 30-goal scorers in a season since Philadelphia and Detroit did it in 2008-09.

The teams then traded goals in the second with MacKinnon scoring on a give-and-go with Gabriel Landeskog to tie the game and Labanc restoring the lead when his shot deflected off a defender and into the net.

Nyquist added an insurance goal in the third and Haley sealed it with an empty-netter as the Avalanche spent the last few minutes trying to get MacKinnon his 100th point of the season.

"I think that's why the 6-versus-5 probably wasn't as effective as it could have been because everybody wanted to get it over to Nate so he could touch it before we made something happen and he was pushing it," Bednar said. "I'd love to see him get 100 too, it just didn't happen."

NOTES: Sharks coach Peter DeBoer recorded his 400th career win. ... Avalanche F Mikko Rantanen took part in the morning skate but remains sidelined. Bednar said he's hopeful Rantanen will be back for the playoffs. ... Meier missed the game after appearing to hurt his wrist on Thursday and is listed as day to day.