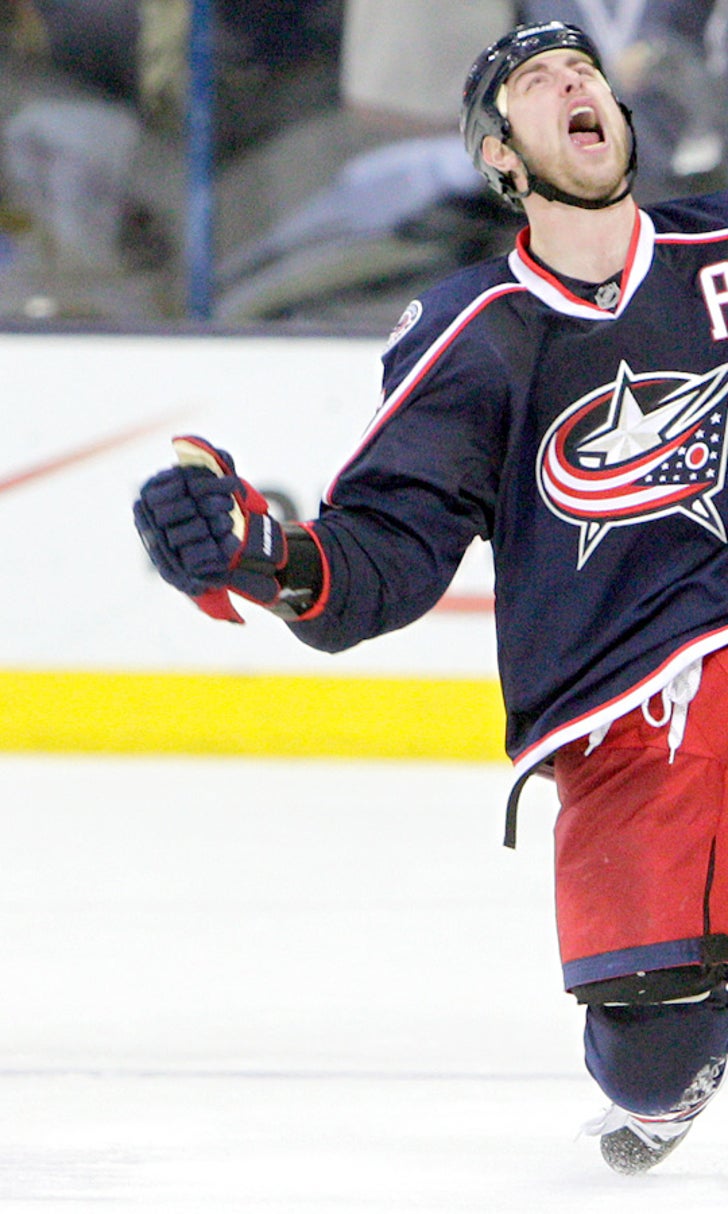 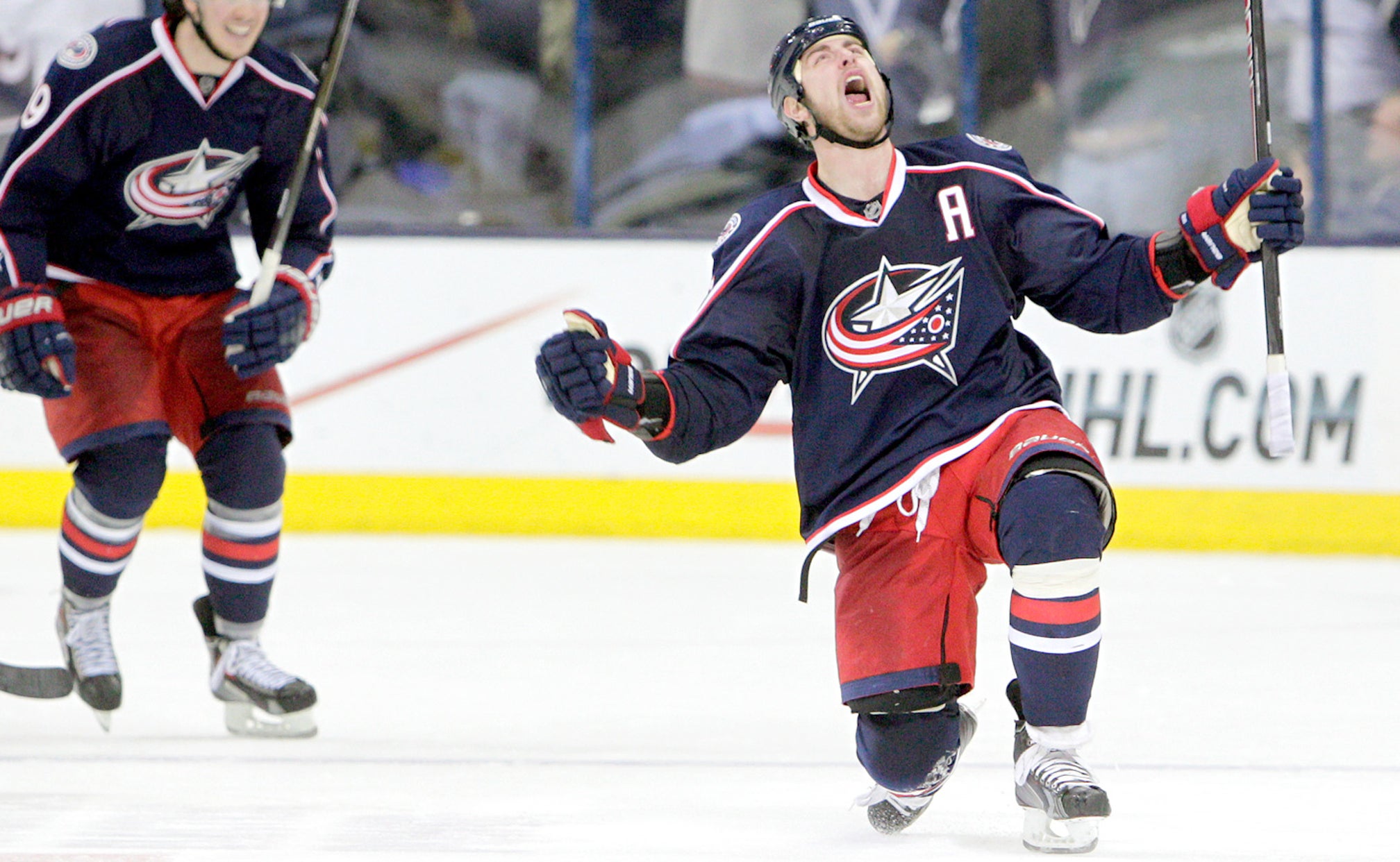 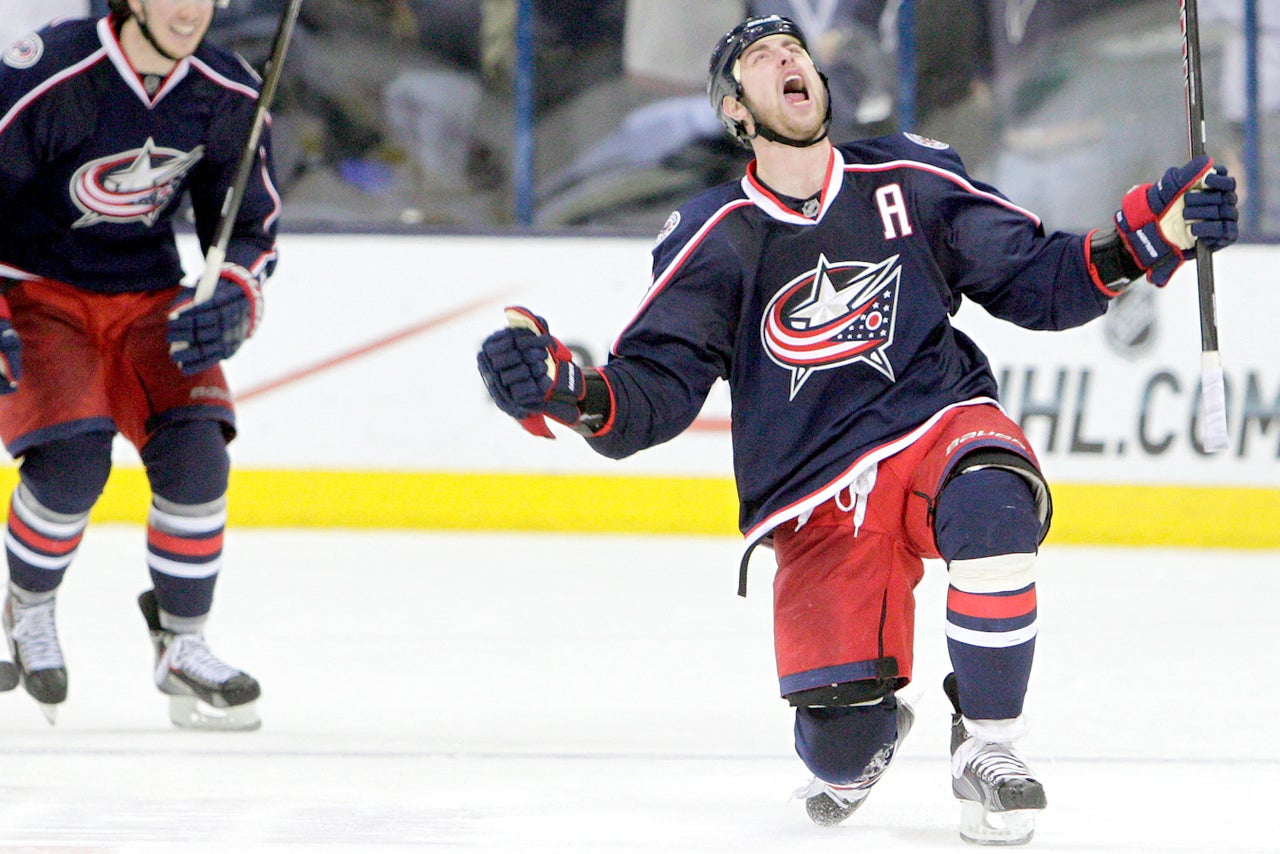 COLUMBUS, Ohio -- Brandon Dubinsky, the player seen as the face of the rising Columbus Blue Jackets, signed a six-year contract extension worth $35.1 million that will keep him with the club through the 2020-21 season.

Dubinsky was entering the last year of a contract with a $4.2-million cap hit. The new deal pays him $5.85 million per season.

He said it was a meeting of minds and not just on the contract terms.

"It's the commitment to winning," the 28-year-old center said at a news conference on Friday after the deal was announced. "(Management) has said they want to win here. I want to win. Our interests were aligned."

Dubinsky was acquired two years ago in the blockbuster deal with the New York Rangers for Rick Nash that also brought center Artem Anisimov, defenseman Tim Erixon and a first-round draft pick to the Blue Jackets. He has scored 18 goals with 52 assists and a +7 plus/minus rating in 105 games the past two seasons, including 16 goals and a career-high 34 assists a year ago while leading the franchise into the postseason for only the second time.

He was at his best in last season's six-game playoff series with division rival Pittsburgh, scoring a goal with five assists while frequently matched up against Penguins superstar Sidney Crosby, who didn't score a goal in the series.

Dubinsky chalked up perhaps the biggest goal in franchise history in Game 4, scoring the tying goal with 22.5 seconds left in regulation when goalie Marc-Andre Fleury mishandled a puck behind the net. The Blue Jackets won in overtime -- their first playoff victory ever at home -- on Nick Foligno's goal.

"This is a well-earned contract for a player who is a leader on our team and plays at his best when it counts the most," Columbus general manager Jarmo Kekalainen said. "He's a Blue Jacket. He plays like we want every Blue Jacket to play."

Dubinsky was tied for 10th in the NHL in short-handed points with two goals and two assists last season and ranked 13th in the league in hits with 234.

On a team that did not select a captain but rotated alternates, he was frequently the player most vocal after a lethargic loss and quickest to deflect the praise after a win. Most observers believe if the Blue Jackets finally do name a captain, it will be the fiery Dubinsky.

"It's going to be obvious who it is," Kekalainen said of the potential candidates.

Dubinsky, who said he relishes the simplicity of life in Columbus after his years in New York, said no one on the team is concerned about who has the C on his sweater.

"Everyone's always anxious to have a captain, but there's a lot of guys on this team who lead," he said.

Columbus has also discussed a contract extension with franchise goalie Sergei Bobrovsky, the 2013 Vezina Trophy winner as the top netminder in the NHL. He can become a restricted free agent after next season.

Kekalainen is still negotiating with prized top-line center Ryan Johansen, a 21-year-old restricted free agent who is due a huge pay increase after a 63-point season (33 goals, 30 assists). If any team offers him a contract, the Blue Jackets would have to match it to retain him beyond next season.