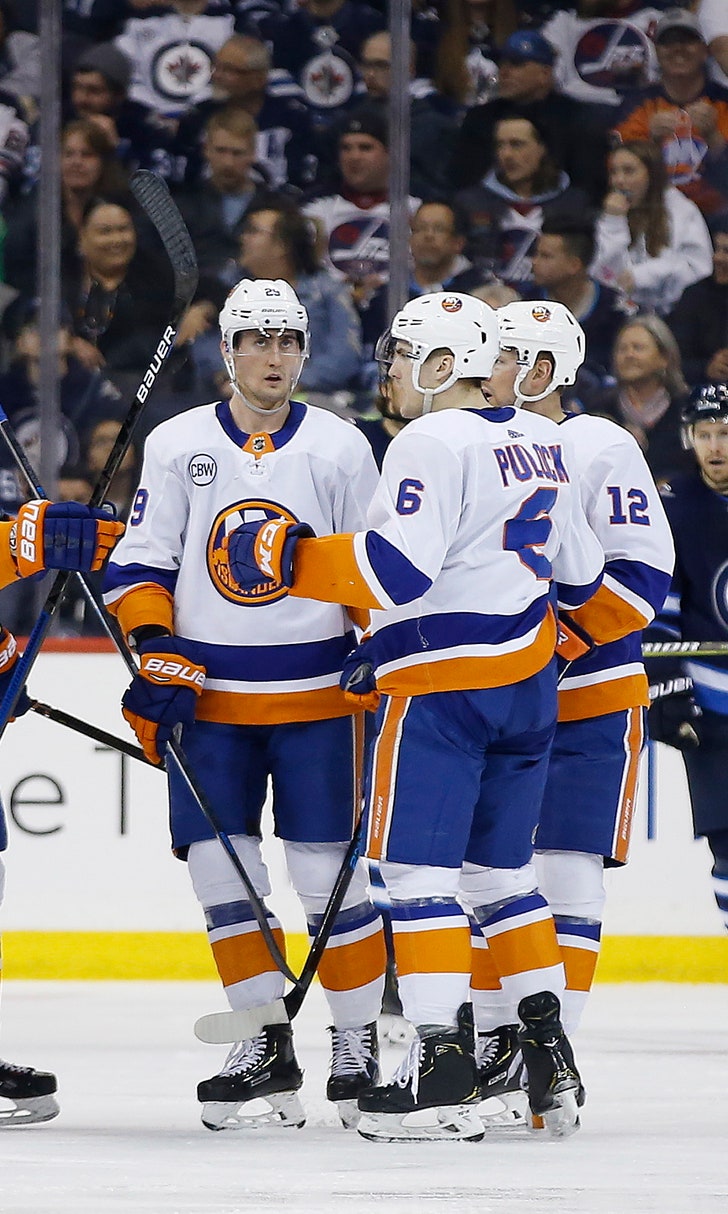 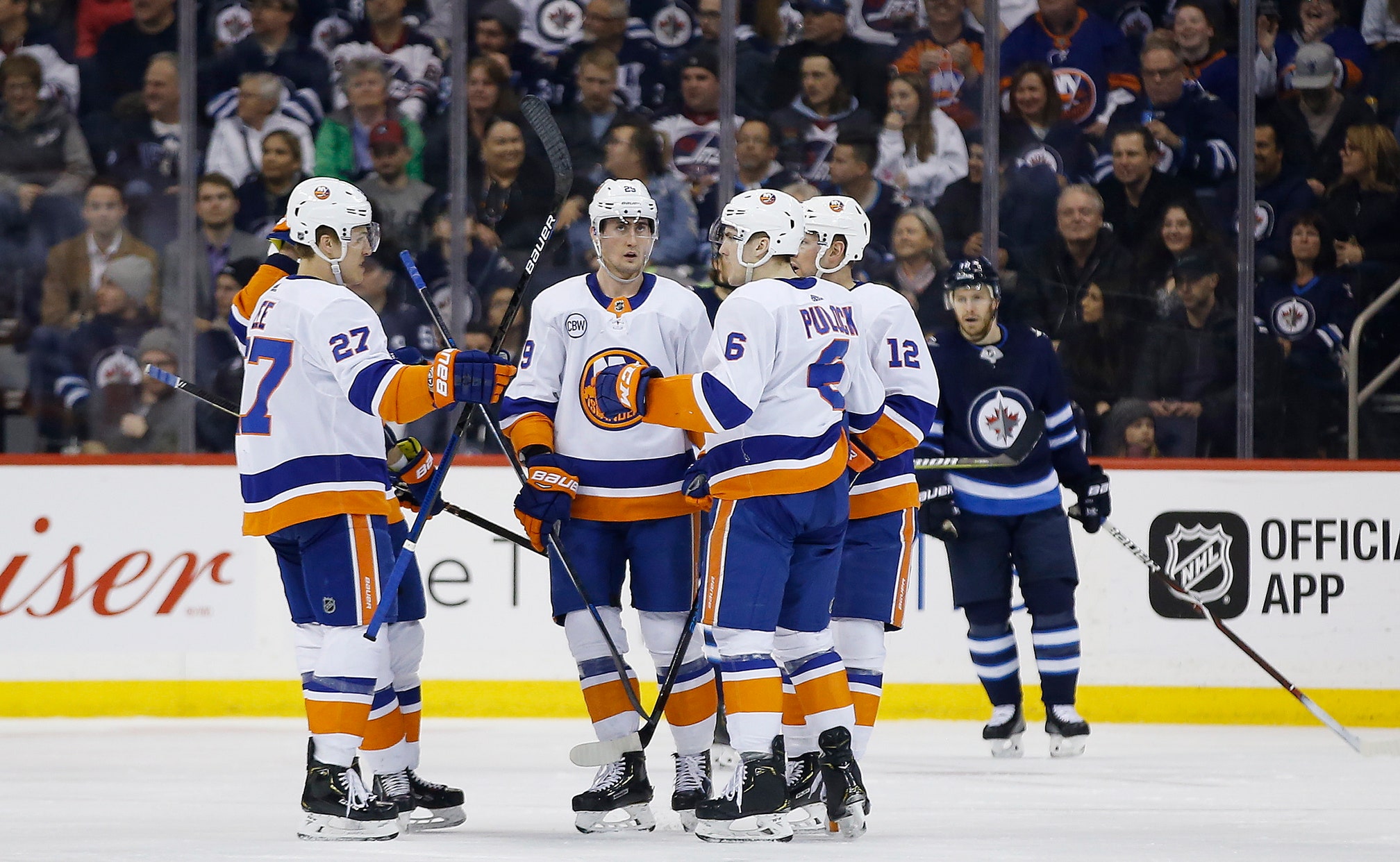 WINNIPEG, Manitoba (AP) — Jordan Eberle had a feeling the New York Islanders could pull off a comeback against the Winnipeg Jets — even when the situation appeared dire.

Eberle certainly did his part to make it happen.

Eberle scored 33 seconds after Casey Cizikas had the tying goal late in the third period to lift the Islanders to a 5-4 win over the Winnipeg Jets on Thursday night.

"Just the mindset of our bench, you could feel it," Eberle said. "We felt like we were going to come back. We liked the way we were playing. We were creating chances."

Cizikas took advantage when Winnipeg couldn't clear the puck and scored at 18:14 to make it 4-4. Eberle recorded his second goal of the game at 18:47 when he got into the crease and beat Connor Hellebuyck to complete the rally for the Islanders, who trailed 4-2 early in the third period.

Eberle also picked up an assist and Ryan Pulock had three of his own. Mathew Barzal ended a 19-game goal drought with his 11th of the season, and Anders Lee scored his 28th for New York, which moved two points ahead of Pittsburgh and into second place in the Metropolitan Division. The Islanders are three points back of first-place Washington.

Robin Lehner stopped 33 shots for the Isles, who are 4-4 in their last eight games.

"Wow. Wow. This is absolutely incredible," Lehner said. "I know nothing is done yet, but we really needed this one.

"They're such a great hockey team over there. They were dangerous all night and we scrambled together and didn't give up. It's one of the most fun wins I've had in a long, long time. So proud of this group, man. This was a huge game for us."

Adam Lowry scored twice and added one assist, while Brandon Tanev had one goal and a pair of assists for Winnipeg. Mark Scheifele scored his 36th of the season, and Nathan Beaulieu and Jacob Trouba each added a pair of assists.

Hellebuyck made 39 saves for Winnipeg (45-28-4), which is two points ahead of idle Nashville for first place in the Central Division.

The third-line duo of Lowry and Tanev sparked Winnipeg to a 2-0 lead.

Lowry put the Jets up 1-0 just 13 seconds into the game when Tanev's wraparound led to a rebound and the puck went off Lowry's skate. A review showed no kicking motion.

Lowry then netted his 11th goal of the season when he redirected Trouba's shot past Lehner at 6:11 of the first.

Barzal ended his scoring drought four minutes later with a quick shot from the slot that beat Hellebuyck on the blocker side to make it 2-1.

While a pair of Islanders each had a stick break, Tanev took advantage and scored his first goal in 18 games at 3:46 of the second period.

The Islanders ended the middle period with their fourth power play of the game that carried over into the third, but didn't deliver the equalizer.

Winnipeg used its third power play of the game for Scheifele's tip of Trouba's shot at 6:46 of the third, but Eberle scored off a rebound 63 seconds later to make it 4-3.

"We got a little loopy, a little careless and they were able to capitalize," Jets captain Blake Wheeler said of the Islanders' scoring splurge in the final minutes. "When they tie the game, we've got to be mature enough to shut the game down and get a point and time to battle it out in overtime or a shootout. We've done that a few times now. That's something we can learn from."

The Jets came up empty on a power play with six minutes remaining, then Hellebuyck made a snapping glove save on Eberle with three minutes to go.

"You look at what we could have done better," Tanev said, "but at the same time you go to practice with your head held high and move on to the next one."

Islanders: home vs. Buffalo on Saturday.

Jets: finishes a four-game homestand Saturday when they plays their final game of the regular season at Bell MTS Place against Montreal.