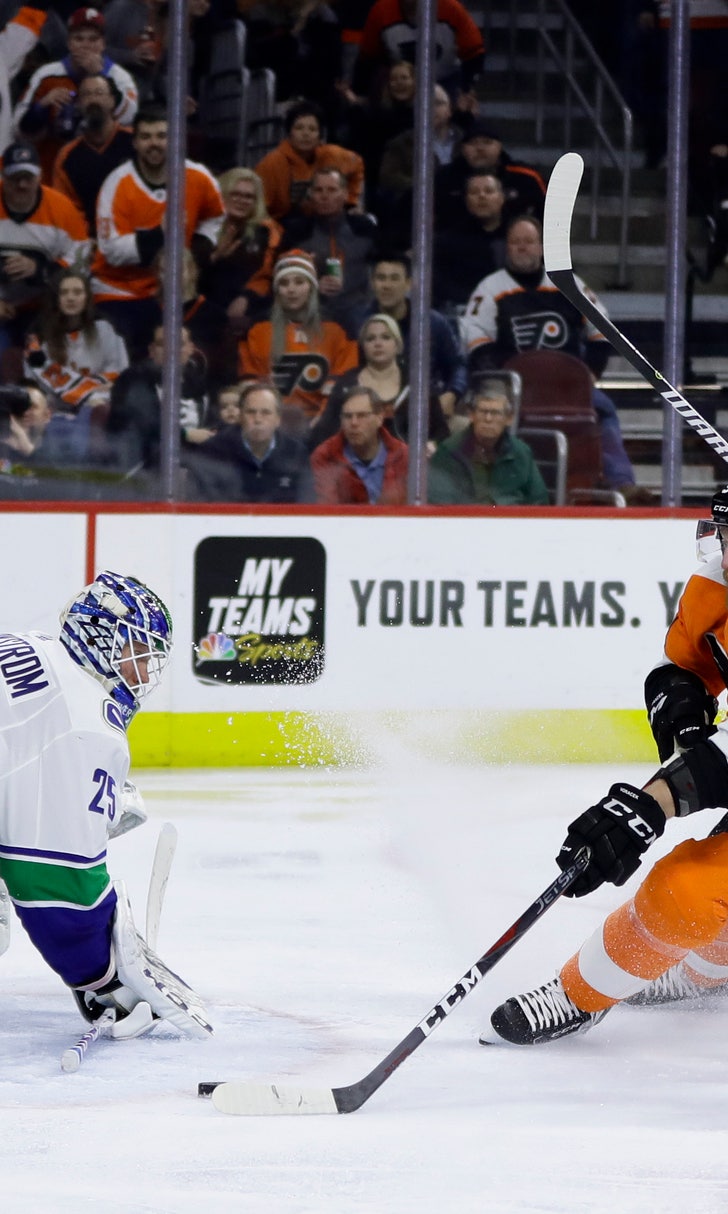 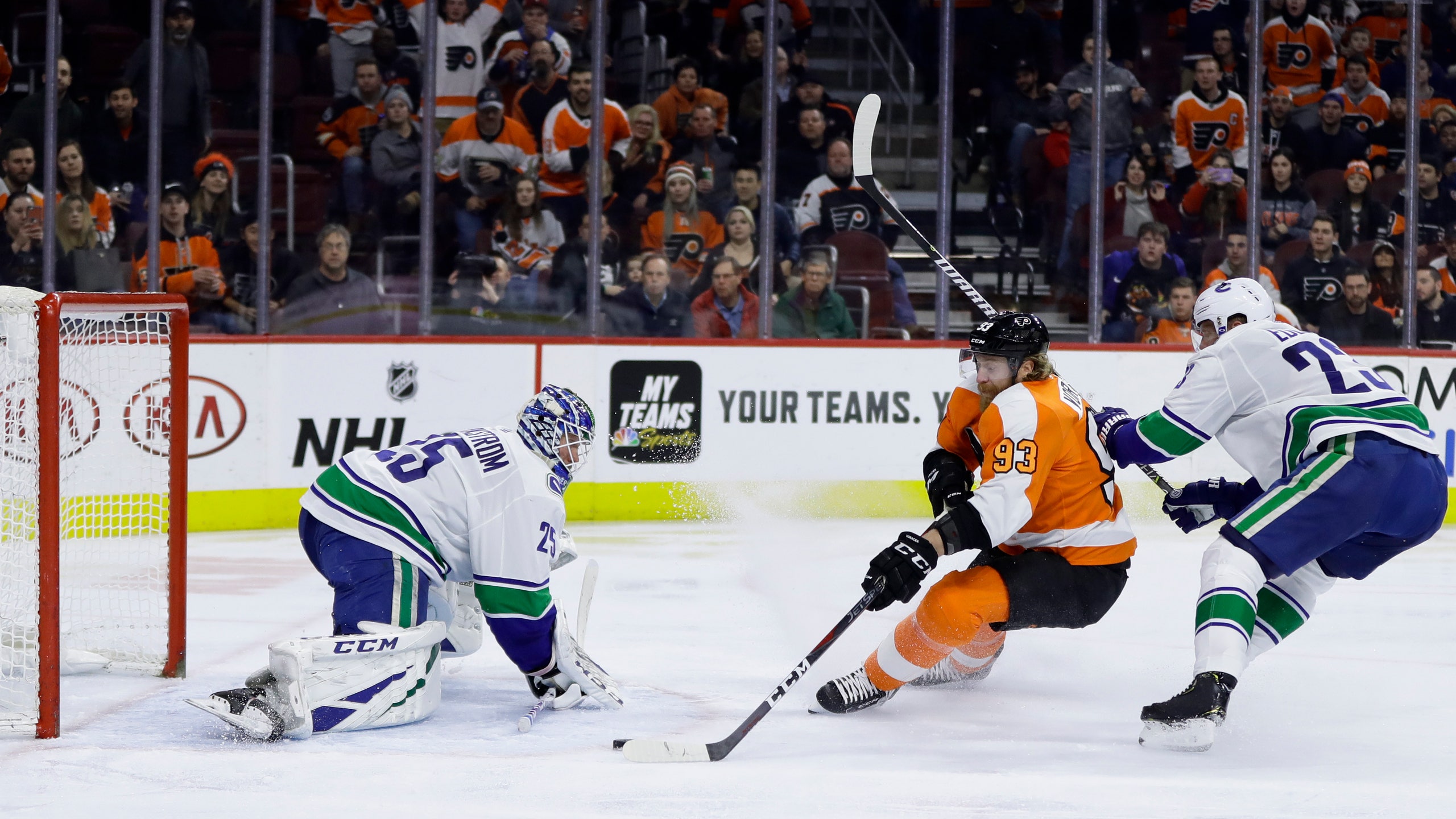 Hart turned away 41 shots — including a stellar right arm save late in the third period — Sean Couturier and Jakub Voracek scored, and Philadelphia beat the Vancouver Canucks 2-1 on Monday night for its eighth straight victory.

The Flyers pulled within five points of a playoff spot after having the NHL's worst record on Jan. 9 — they were 14 points out of a postseason berth during the All-Star break just over a week ago. Philadelphia also became the first NHL expansion club to reach 2,000 victories

Hart, Philadelphia's 20-year-old rookie, won his seventh straight start with another solid game. His best stop came with 5 ½ minutes left when he dived with his right arm to block Nikolay Goldobin from a sharp angle on a power play, drawing "CAR-TER! CAR-TER!" chants from the crowd.

"It doesn't get any bigger than that save," Flyers interim coach Scott Gordon said. "It's one of those plays that you're watching it happen and feeling it's going in the net. And the next thing you know, everyone on the bench was like, 'Wow!'"

Vancouver's Elias Petterson took a slap shot from the right circle that caromed off teammate Bo Horvat's skate in front and to a wide-open Goldobin at the side of the net. Hart tracked the puck and lunged to his right with his whole body.

"I just kind of saw the play bounce out to that guy on the side, just dove across and hoped it would hit me and it did," Hart said.

His teammates were more demonstrative.

"He's making some miracles out there," Couturier said. "It's nice to have him back there. You know he can steal one."

Brock Boeser scored for Vancouver, which was playing the first of three games in four nights.

The game was delayed for several minutes midway through the third period after Vancouver's Alexander Edler went down with a scary-looking injury. Edler's skate got caught in Voracek's stick, causing Edler to land face-first on the ice. With a bloodied face and dazed look, a conscious Edler was wheeled off on a stretcher while sitting upright.

Canucks coach Travis Green said after the game that Edler had gone for X-rays.

Green was happy with Vancouver's effort and credited Hart and the Flyers.

"Sometimes you play a great game and lose," he said.

Voracek scored on a breakaway 3:20 into the second period to put Philadelphia up 2-0. After Canucks defenseman Christopher Tanev whiffed on a pass at the blue line, Philadelphia's Phil Varone lifted a pass ahead to perfectly set up Voracek. The Flyers forward deked to his forehand and shot just past the outstretched right pad of Jacob Markstrom with a highlight-reel finish.

Vancouver got on the board 1:54 later after a rare mistake by Hart. Hart came way out of his crease to deny Brandon Sutter of a breakaway, but the goalie's clearing attempt went off the boards and right to Boeser, who fired into the vacated net for his 18th goal of the season and fourth in the last seven contests.

But Hart rebounded from the gaffe and continued to lead the Flyers' unlikely turnaround.

"You find it hard to believe that someone his age can come in and do what he's doing," Gordon said.

Couturier gave the Flyers a 1-0 lead with 1:23 left in the first period with a wrist shot from the slot that went just under the glove of Markstrom. The power-play tally was the seventh in the last nine opportunities for the Flyers, who scored four goals with the man-advantage in Saturday's 5-4 overtime win over Edmonton.

NOTES: Vancouver LW Sven Baertschi (illness) didn't play. ... The teams ended the season series tied at 1. The Canucks beat the Flyers 5-1 on Dec. 15 in Vancouver in Dave Hakstol's last game as Philadelphia coach. Hakstol was replaced by Gordon. ... Philadelphia's winning streak is its best since registering 10 in a row from Nov. 27-Dec. 14, 2016.