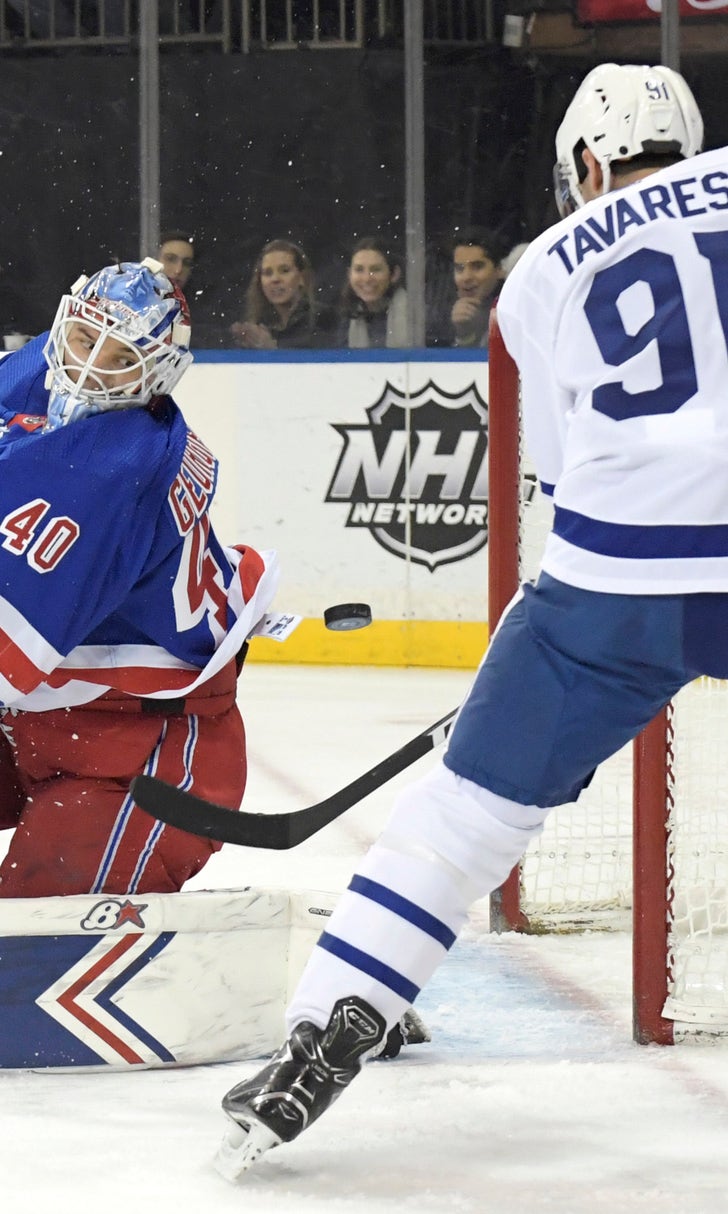 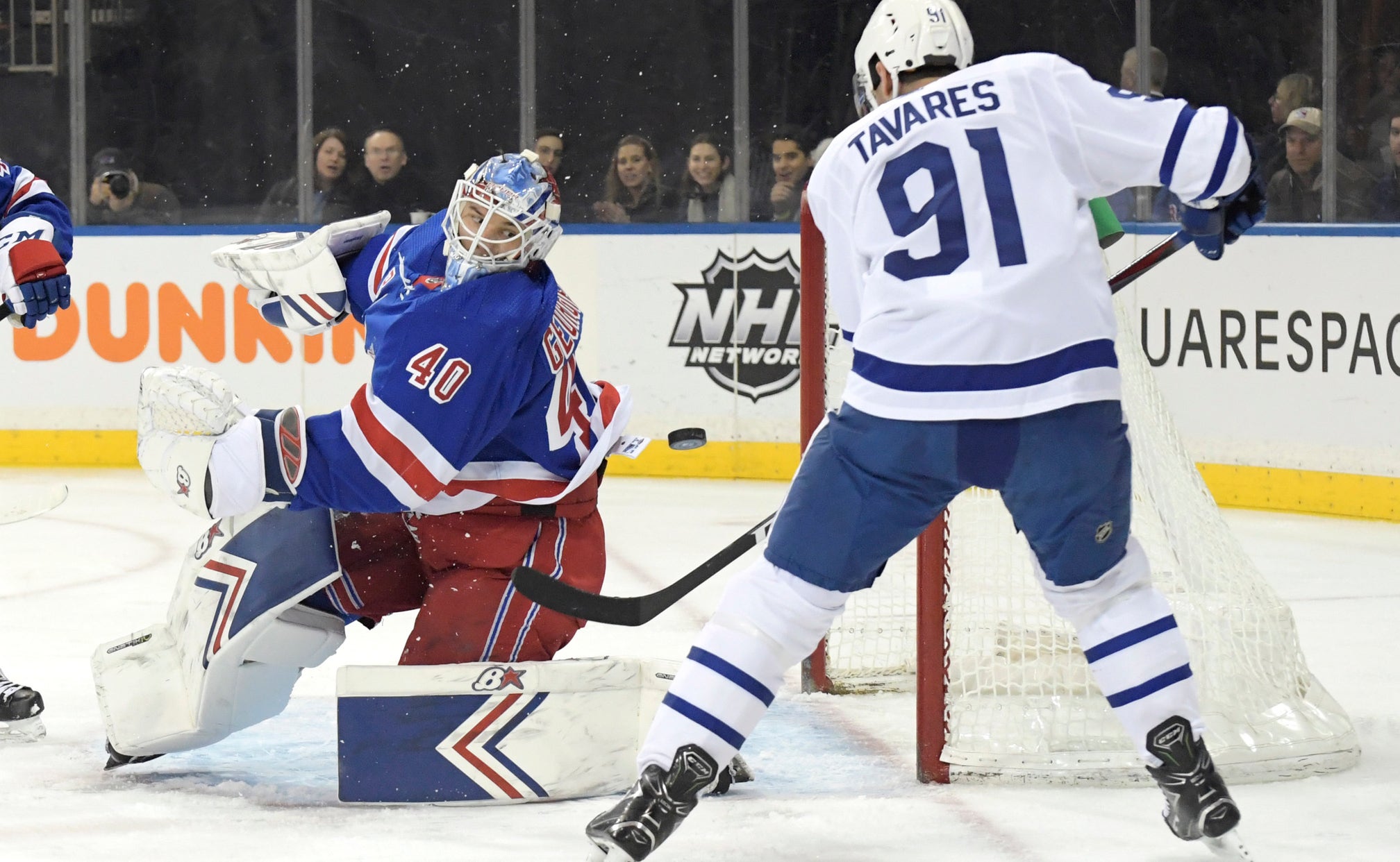 He had Alexandar Georgiev to thank for that.

Georgiev had a career-high 55 saves to lead New York over the Toronto Maple Leafs 4-1 on Sunday night. Georgiev had the second-most saves in a regular-season game in franchise history. Mike Richter has the record with 59 on Jan. 31, 1991.

"He played outstanding. He's getting better and better," Quinn said of his second-year goalie on his 23rd birthday.

"It was a special birthday," Georgiev said. "I tried not to concentrate on the birthday wishes. I knew I had an important game in front of me. I'm very happy it ended the way it ended."

Mika Zibanejad, Jimmy Vesey and Adam McQuaid scored for the Rangers, who finished their five-game homestand at 2-2-1.

"Sometimes you need a performance like this and he came up big for us, gave us a chance," Zibanejad said of Georgiev.

Kevin Hayes added an empty-netter, and Mats Zuccarello and Chris Kreider each had two assists.

Kasperi Kapanen scored for the Maple Leafs, who had their four-game winning streak snapped.

"We played a pretty good game," Kapanen said. "Their goalie made 55 saves. He played a tremendous game. That's just hockey."

Toronto had a season-high 56 shots, forcing Georgiev to be at his best throughout. He is the seventh goalie in franchise history with 50 or more saves in a game. The previous goalie to do it was Henrik Lundqvist last year — also on his birthday.

The Rangers penalty killers also helped to slow down the Maple Leafs. Toronto went 0 for 4 on the power play despite managing 23 shots.

"I actually thought we defended pretty well," Quinn said. "That's a scary, scary team. I mean they have high-end talent. They can beat you 1-on-1, but boy I thought we did a good job clearing the net front out. They didn't have many second chances."

Leading 2-1 in the third period, McQuaid gave the Rangers some insurance when he scored from the point at 11:59 for his second goal of the season.

The Rangers, who were blanked by Carolina on Friday, got off to a fast start against the Leafs.

Kreider sent a pass from behind the net to Zuccarello, who was alone in front. Toronto backup goalie Garret Sparks stopped Zuccarello twice, but the loose puck went to Zibanejad, who scored his 23rd of the season just 28 seconds into the game.

Given the early lead, Georgiev was sharp in making several stellar saves on the Maple Leafs' power play a couple of minutes later.

"It was incredibly important to keep it 1-0 at that point," Georgiev said. "The boys did a great job. We killed that penalty and it was a bit easier after that."

The Maple Leafs kept up the pressure and tied the game halfway through the period. Defenseman Tony DeAngelo had his pass intercepted by Kapanen, who skated in on a breakaway and scored his 16th of the season at 10:35.

Despite being badly outshot, the Rangers took a 2-1 lead after killing off another penalty. Ryan Strome entered the zone and sent a pass to Kreider. Kreider sent a cross-ice pass to Vesey, who wristed it past Sparks for his 12th of the season at 14:05.

NOTES: Zuccarello has 17 points (five goals, 12 assists) in 11 games since Jan. 12. ... The Maple Leafs activated forward Tyler Ennis from injured reserve, but he was scratched. He has been out since late December with an ankle injury. ... Defenseman Neal Pionk was back in the lineup and forward Vinni Lettieri was scratched by the Rangers.