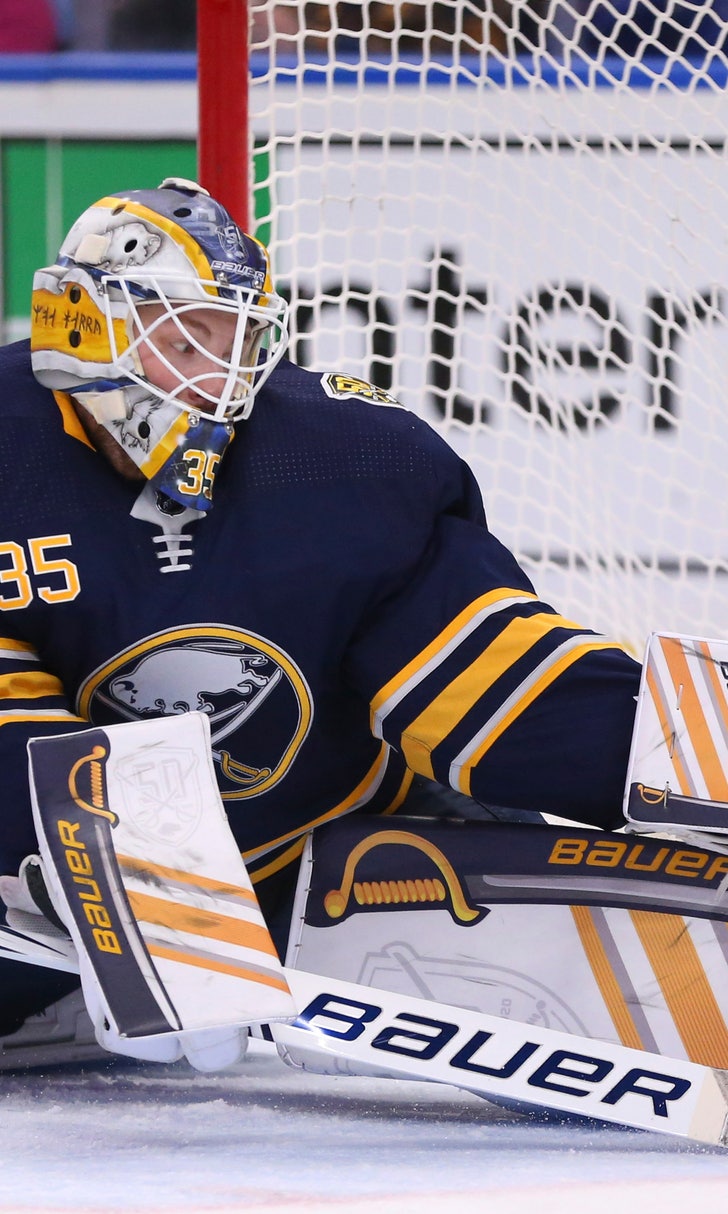 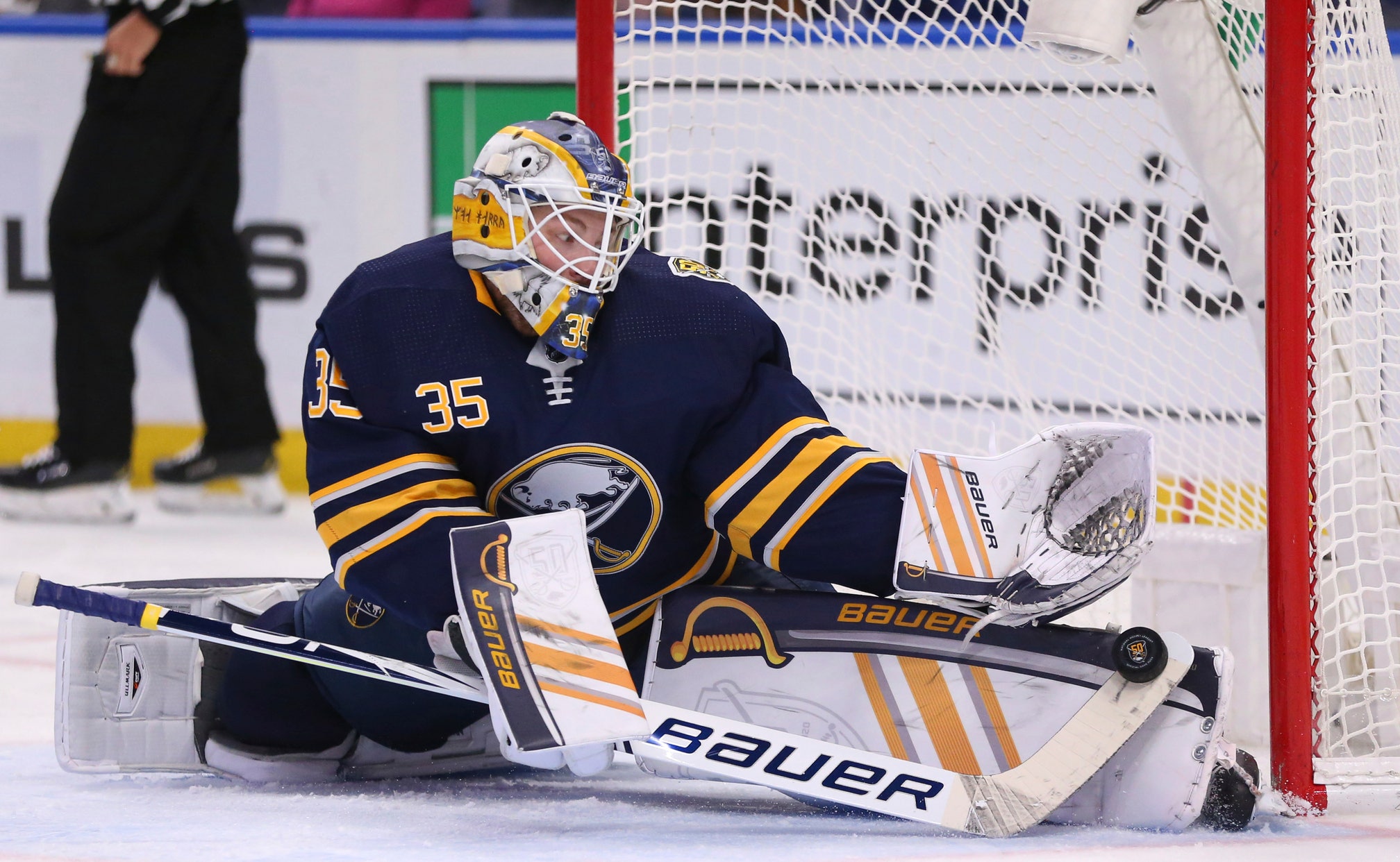 Sam Reinhart, Johan Larsson and Zemgus Girgensons each had a goal and an assist as the Sabres won their second straight. Linus Ullmark made 28 saves.

Troy Brouwer and Alex Pietrangelo had goals for the Blues, who have lost three in a row following a four-game winning streak. Jake Allen stopped 28 shots.

Eichel put the Sabres ahead 3-2 about six minutes into the third period. The Sabres’ captain handled the puck behind the net for several seconds before skating to the left slot and sending a wrist shot to the far corner.

The 14-game point streak for Eichel is the second-longest in the NHL this season, behind a 15-game stretch from Chicago’s Patrick Kane. Eichel has 12 goals and 13 assists during the streak.

Eichel scored into an empty net with two seconds remaining for his 20th goal of the season. Girgensons also scored an empty-netter in the final minute.

Pietrangelo scored his 100th career goal and seventh of the season to tie the score for the Blues in the opening minutes of the third. David Perron set up the goal with a slick move, dropping Sabres defenseman Henri Jokiharju to the ice when he faked a shot and brought the puck to his backhand. Pietrangelo received a pass from Perron in the right circle and scored on a one-timer.

Larsson scored on a rebound to give the Sabres a 2-1 lead with 8.6 seconds left in the second period. Zach Bogosian’s long shot missed wide right of the net and bounced off the end board to the left edge of the crease. Larsson darted around Blues defender Vince Dunn and jammed a one-timer that bounced off Allen’s pad and the right post before crossing the goal line.

Buffalo took the lead 18 seconds into the game when Reinhart deflected a shot by Victor Olofsson past Allen. It was Reinhart’s 12th goal of the season and 15th assist for the rookie Olofsson.

St. Louis got a goal from Brouwer a little more than three minutes later. Ivan Barbashev created the scoring chance when he beat Buffalo’s Colin Miller to the puck along the end board. An uncovered Brouwer received a backhand pass from Barbashev in the left slot and lifted a shot over Ullmark’s blocker for his first goal since re-signing with the Blues on Nov. 20.

NOTES: Sabres D Rasmus Dahlin skated Tuesday for the first time since sustaining a concussion on Nov. 25. Buffalo’s No. 1 overall pick in 2018 has not been cleared for contact but is considered day-to-day, coach Ralph Krueger said. … Blues F Zach Sanford is day-to-day after leaving Saturday’s loss to Toronto with an upper-body injury. … F Alexander Steen (ankle) and F Oskar Sundqvist (lower body) are both “getting pretty close” to rejoining the St. Louis lineup, coach Craig Berube said Tuesday. … Blues F Austin Poganski made his NHL debut and F Jordan Kryou played his first game of the season. Both were called up from the minors on Monday. … Sabres F Casey Mittelstadt returned to the lineup after he was a healthy scratch for Sunday’s overtime win in Edmonton.