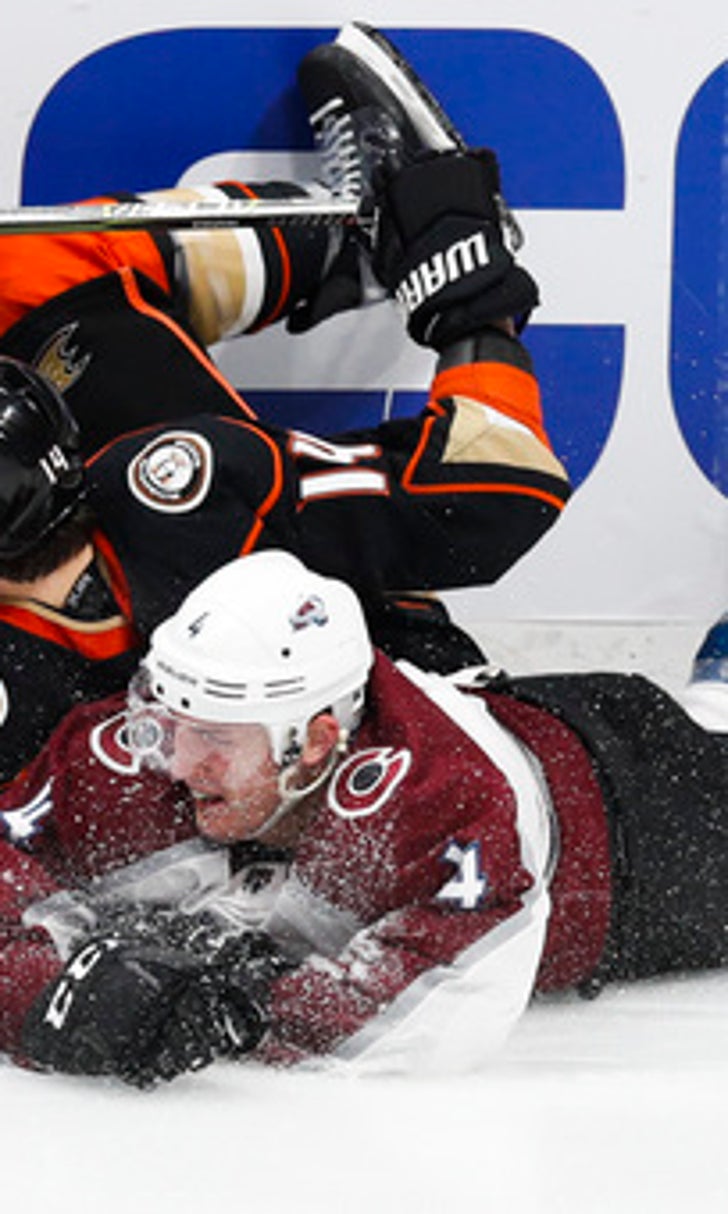 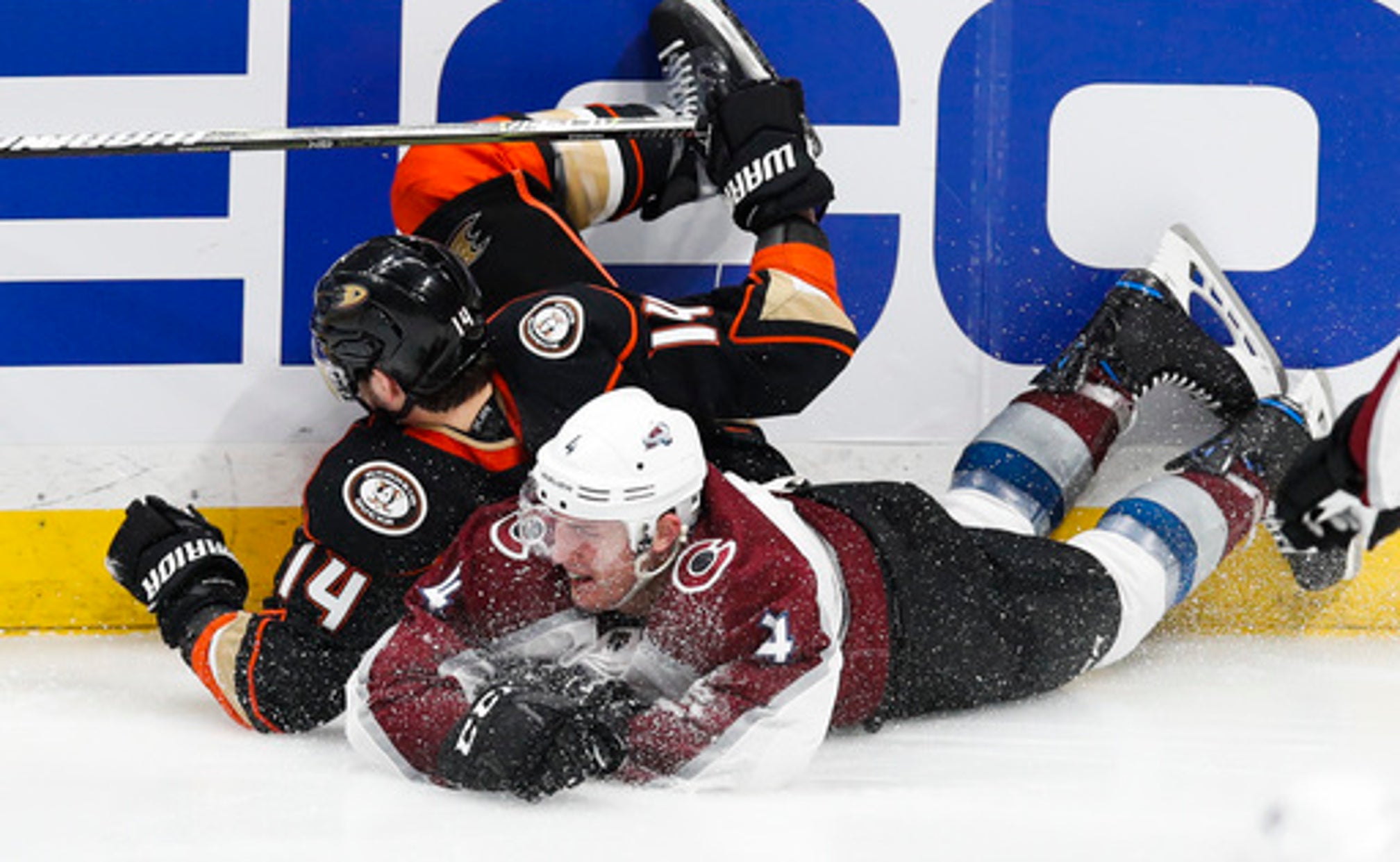 ANAHEIM, Calif. (AP) Down by two goals in the third period and playing without their starting goalie, the Anaheim Ducks were in danger of taking a loss that would certainly hurt their playoff chances.

But the Ducks have been through plenty of turmoil this season, and that experience was on display as they rallied for a critical win.

''It's been a hard year,'' said Ducks forward Andrew Cogliano, who had a goal and an assist. ''It's been a grind in terms of injuries and how we've played, and we want to make it count. You don't want to not be in it, and I think we're pushing ourselves right to the bitter end to get in there.''

Adam Henrique and Ryan Kesler also scored for the Ducks, who moved into third place in the Pacific Division. Anaheim is one point ahead of Los Angeles with three games remaining for both teams.

Kase used a subtle fake on a 2-on-1 break to get Avalanche goalie Jonathan Bernier moving left, creating enough space to win it by going to the short side over Bernier's right shoulder.

''He's a special talent,'' Kesler said. ''He does something stupid every night, and that was definitely pretty stupid.''

While Kase won it with speed and skill, the Ducks got to overtime thanks to hard work. They were determined to get more bodies in front of Bernier in the third period, and the grit paid off as Henrique cut Anaheim's deficit to 3-2 at 7:43 with a sharp-angle shot and Kesler tied it 3-all at 9:19 by pouncing on a rebound in the slot.

''That's the way we are built,'' Kesler said. ''Obviously, they are more of a skill team over there, so we want to play to our strengths and we did tonight.''

Ryan Miller made 19 saves after replacing John Gibson at the start of the second period, helping the Ducks to their fifth straight home win. Gibson, who made 10 saves before departing, appeared to be shaken up late in the first when Gabriel Landeskog was hit from behind by Kesler and knocked the goalie down.

Kesler said Landeskog went out of his way to make contact with Gibson.

''He threw himself into Gibby,'' Kesler said. ''I gave him a slight jab, and he knows what he's doing there. He knows better than that.''

Gibson was being evaluated for an undisclosed injury, Ducks coach Randy Carlyle said.

Tyson Jost scored twice and Alexander Kerfoot had a goal and an assist for Colorado, which passed St. Louis for the second wild-card spot in the Western Conference. The Avalanche lead the Blues by one point, but St. Louis has four games remaining to Colorado's three.

''A point is a point,'' Avalanche coach Jared Bednar said. ''You're not going to know if it's enough, if it's not enough. The only day the standings matter is next Saturday.''

The Avalanche took a 1-0 lead 1:16 into the game when Kerfoot got his 18th goal under unusual circumstances. Kerfoot won a faceoff against Rickard Rakell in the right circle and flicked the puck to his left, where it struck Corey Perry's stake and redirected in.

NOTES: Ducks D Cam Fowler sustained an upper-body injury in the third. ... The Avalanche went 5-3-3 in the first game of a back-to-back this season. ... Ducks D Francois Beauchemin played in his 900th NHL game.