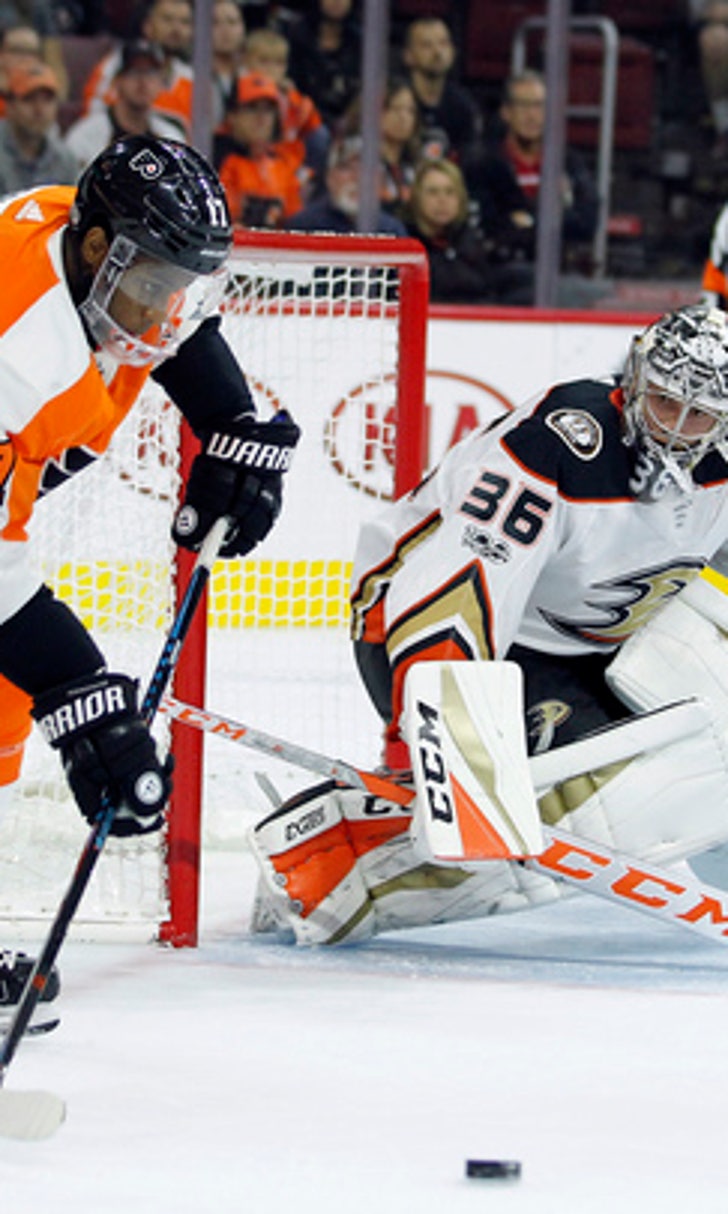 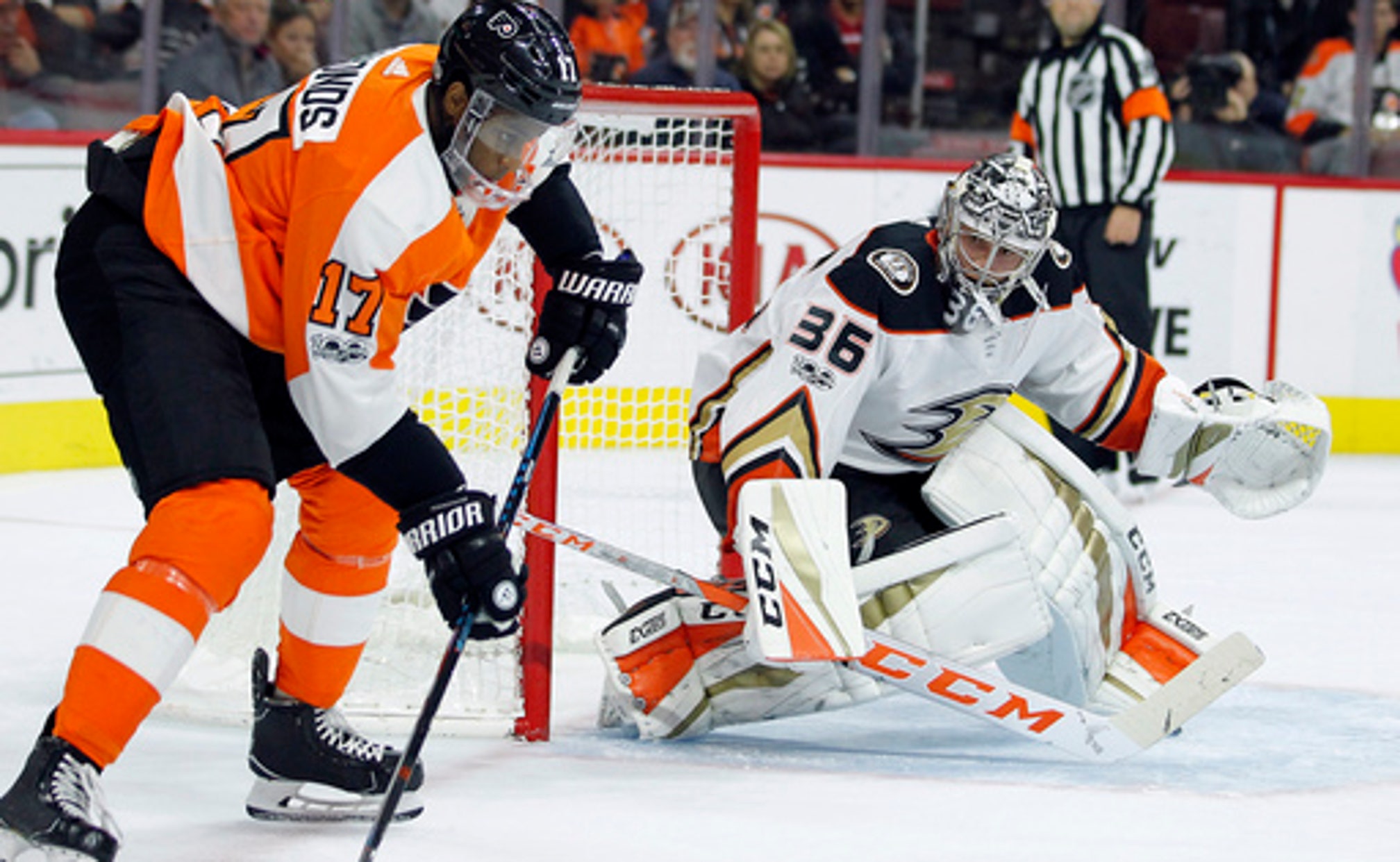 previous story
Bulldogs dismiss Gators' trash talk as 'what you expect'
next story
No. 22 WVU looks for solid game with No. 11 Cowboys next

PHILADELPHIA (AP) Nolan Patrick's face was plastered against the glass courtesy of a shoulder-to-shoulder hit, and one of the top rookies in the NHL grabbed his head as he dropped to the ice.

Patrick was out for the game.

The Flyers can only hope the teen they expect to become a franchise player won't be lost for long.

Ondrej Kase had two goals, Anaheim scored three times in the second period and Philadelphia lost Patrick to an undisclosed injury in a 6-2 Ducks win on Tuesday night.

Patrick, the No. 2 pick in the draft, was checked head-first into the glass on a shoulder-to-shoulder hit by Anaheim forward Chris Wagner in the second period. Patrick dropped to his knees and needed help leaving the ice. He went straight to the locker room.

''It's a finished check,'' Flyers coach Dave Hakstol said. ''It's a hard game down there. It's a heavy game. I don't think there was anything more to it.''

The 19-year-old Patrick keyed an influx of youth that helped the Flyers get off to a solid start a year after missing the playoffs. The Flyers said an update on Patrick's condition would come Wednesday.

The Flyers will surely use caution in deciding when to return Patrick to the lineup. He was already in a suit and mingled with the players scratched from the lineup in the press box during second intermission.

Patrick got a bird's-eye view of a Flyers team that slogged through the final game of a five-game homestand (3-2) that displayed the wild inconsistency of their offense. The Flyers scored 13 goals in the first two games and just four over the final three.

Behind a stellar outing in net from John Gibson, the Ducks made the most of their 12 shots in the second.

Getzlaf, the team captain who missed the last three games with an injury, sealed the win with a goal early in the third.

''He's our captain. He's our best player,'' Ducks defenseman Kevin Bieksa said. ''You take (Sidney) Crosby away from Pittsburgh, what happens? It's a different team. When he's back and playing well, we're a really good team.''

Getzlaf said he felt good on the ice. Gibson had 31 saves.

''I thought we did a better job structurally. I think that's a little bit we lacked the last little while,'' Getzalf said.

The Ducks played this one for veteran forward Patrick Eaves, who was recently diagnosed with Guillain-Barre syndrome, a rare disorder in which the immune system attacks the peripheral nervous system. Eaves is still hospitalized in Newport Beach, California, but his condition has stabilized. Eaves' condition was diagnosed early, an important factor in successful treatment.

Couturier opened the scoring in the first with his fifth goal of the season. Kase scored late in the first to tie the game and start Anaheim's run that silenced a Philly crowd on a sports high a night after the 76ers and Eagles won on the same day for the first time since Dec. 29, 2013.

Couturier scored his second goal of the game in the third and Kase followed with his second to make it 6-1.

NOTES: Anaheim (Cam Fowler) and the Flyers (Andrew MacDonald) both played without defensemen expected to miss significant time because of injuries. ... The Ducks opened a four-game road trip. ... Couturier's second goal was his 200th NHL point. ... Players on both teams complained about the ice.

Flyers: The Flyers play Thursday night at Ottawa in their first road game since Oct. 10. The Flyers opened 2-2 on the road before the start of the homestand.