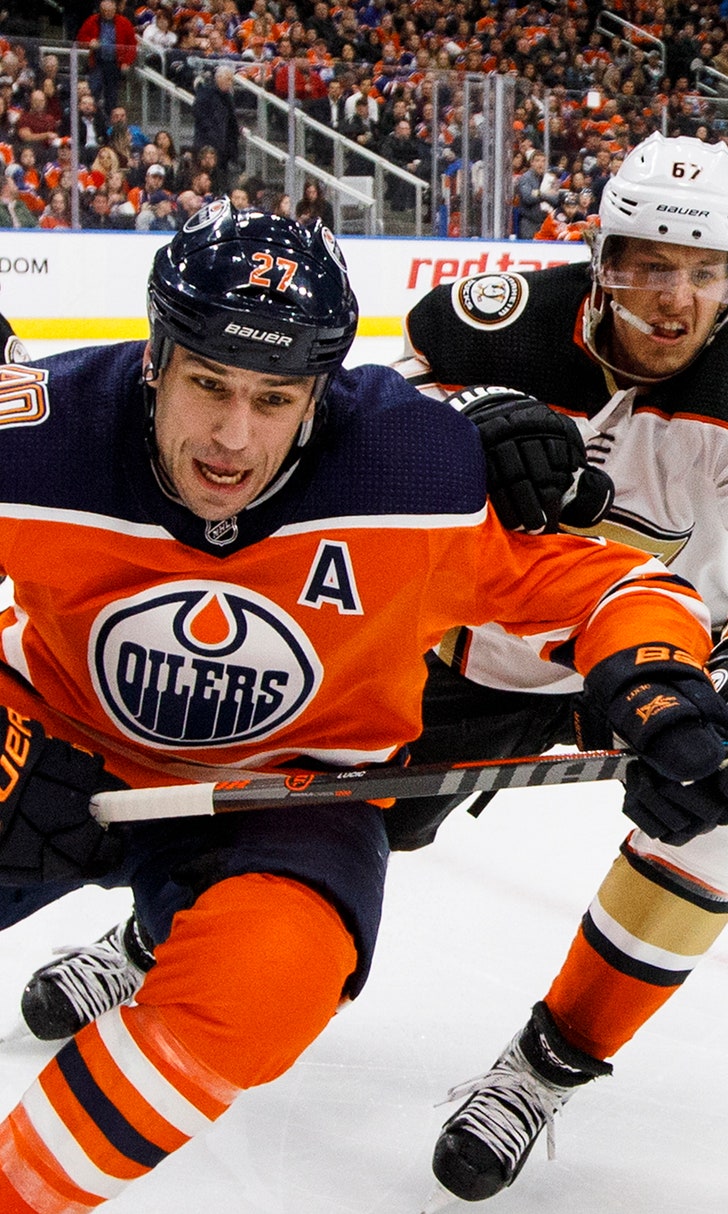 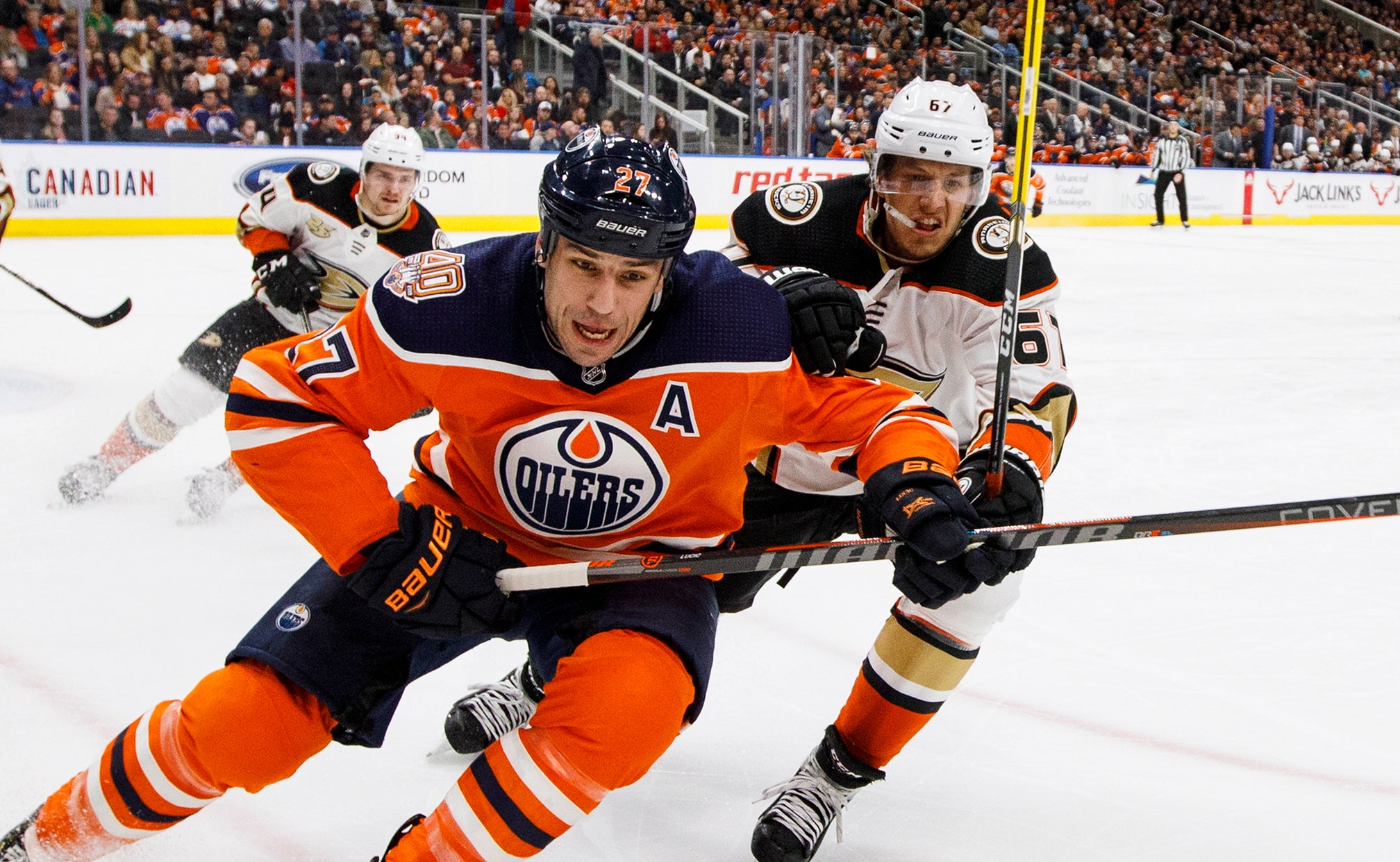 EDMONTON, Alberta (AP) — The Edmonton Oilers proved Saturday night that they haven't given up on the season, and they did it without their top player.

"Connor is irreplaceable, obviously," Gagner said. "It's a cliche, but guys need to step up in that situation and I thought we had a lot of guys play really well tonight. I thought we kept a lot of their chances to the outside and made them earn a lot of what they got. That is a good sign for us and hopefully we can build off of it."

Mikko Koskinen made 33 saves for the Oilers, who won their second straight game.

Carter Rowney scored for the Ducks, who lost their second straight.

"I thought it was a hard-fought game and we had some quality shifts," Ducks forward Corey Perry said. "I think the way we've been playing that last four, five, six games is a way that this team can play. We're showing great strides."

Despite a sluggish start, the Oilers were first on the scoreboard. Currie scored his first NHL goal in his third career NHL game, sending a rebound past Ducks goalie Kevin Boyle with four minutes to play in the first period.

"It's super exciting," the 26-year-old Currie said. "Words can't even describe how I am feeling right now. It is obviously even better to get the win. I wouldn't have wanted to get it with a different group of guys. It is awesome.

"I am sure I had a lot of family and friends watching back home. It was definitely exciting and a moment I won't forget, that's for sure."

Edmonton made it 2-0 on a delayed penalty 57 seconds into the second period when Gagner redirected a feed from Leon Draisaitl into the net for his second goal in four games since returning to his original NHL team in a trade with Vancouver.

The Ducks pulled within a goal 12 minutes into the middle frame when Rowney sent a shot off of the pad Koskinen and into the net.

Anaheim looked to have tied the game with the extra attacker and 45 seconds left in the third on a goal by Corey Perry, but it was called off due to incidental contact with the goalie by Adam Henrique.

"It's frustrating," Perry said. "This team has had trouble scoring lately and to have one taken away in that fashion, it's definitely mindboggling and it makes you shake your head."

Koskinen made 13 saves in the third. Boyle finished with 21 saves.

NOTES: It was the third of four meetings between the teams this season, with each taking one of the previous games. ... McDavid was serving the first of a two-game suspension for a hit to the head of New York Islanders defenseman Nick Leddy on Thursday. ... With veteran Ryan Getzlaf out of the lineup with an upper-body injury, rookie Sam Steel moved into the lineup at forward for the Ducks. ... Boyle was making just his third NHL start in the Anaheim net. ... Ducks defenseman Cam Fowler played in his 600th NHL game.

Ducks: At Vancouver on Monday.

Oilers: Open a five-game trip in Nashville on Monday.