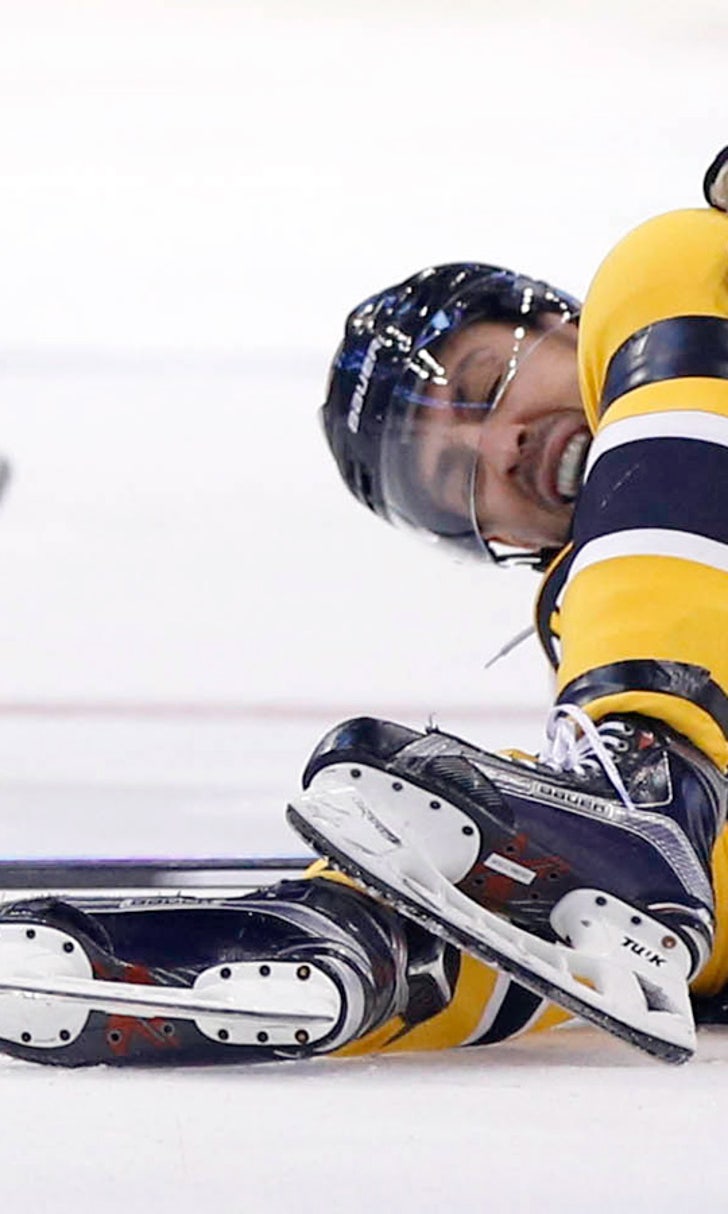 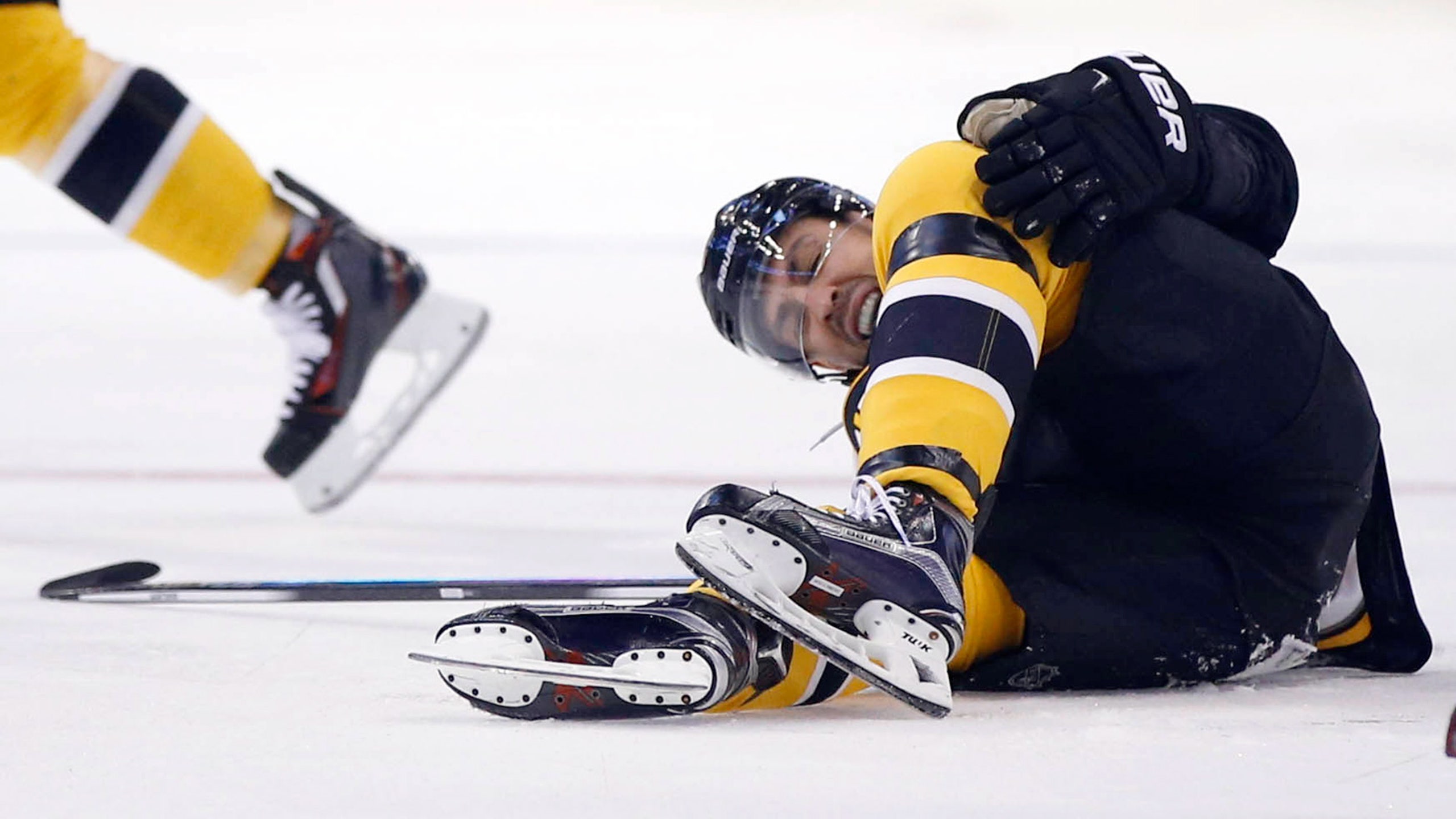 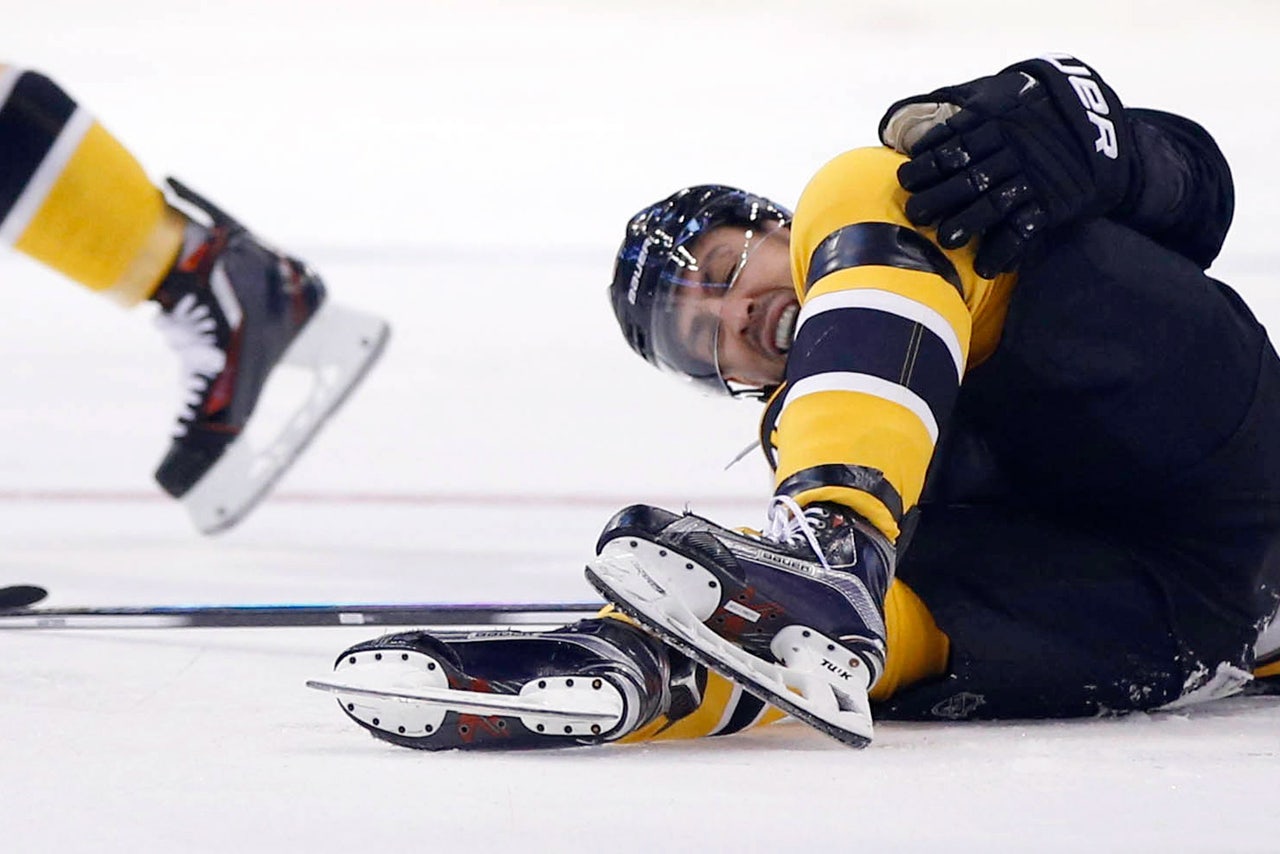 The Boston Bruins lost forward Chris Kelly for 6 - 8 months (likely the remainder of the season) after Kelly somehow managed to break his left femur on a non-contact play early in the first period of Tuesday's game against the Stars.

Kelly fell awkwardly after avoiding contact in front of the Dallas bench, a play that did not seem too unusual or devastating until Kelly was unable to get up. Kelly did not put any weight on his left leg as Zdeno Chara and the Bruins' training staff virtually slid him off the ice and carried him to the locker room.

The team announced shortly afterward that Kelly broke his left femur and will undergo surgery at Massachusetts General Hospital on Wednesday. One doctor on Twitter speculated that Kelly's broken femur could be a sign of bone weakness for the 34-year-old.

The scene on the ice was tough for anyone to witness, as Jason Spezza -- a former teammate of Kelly's back when they both played for the Ottawa Senators -- reacted strongly to seeing Kelly in so much pain.

Kelly has suffered an injury to his left leg before, as he broke his left tibia in March of 2013. This latest broken bone, however, could spell the end of Kelly's career in Boston, as he is due to become a free agent after the season and probably will not be high on Boston's signing priority list given his advancing age.