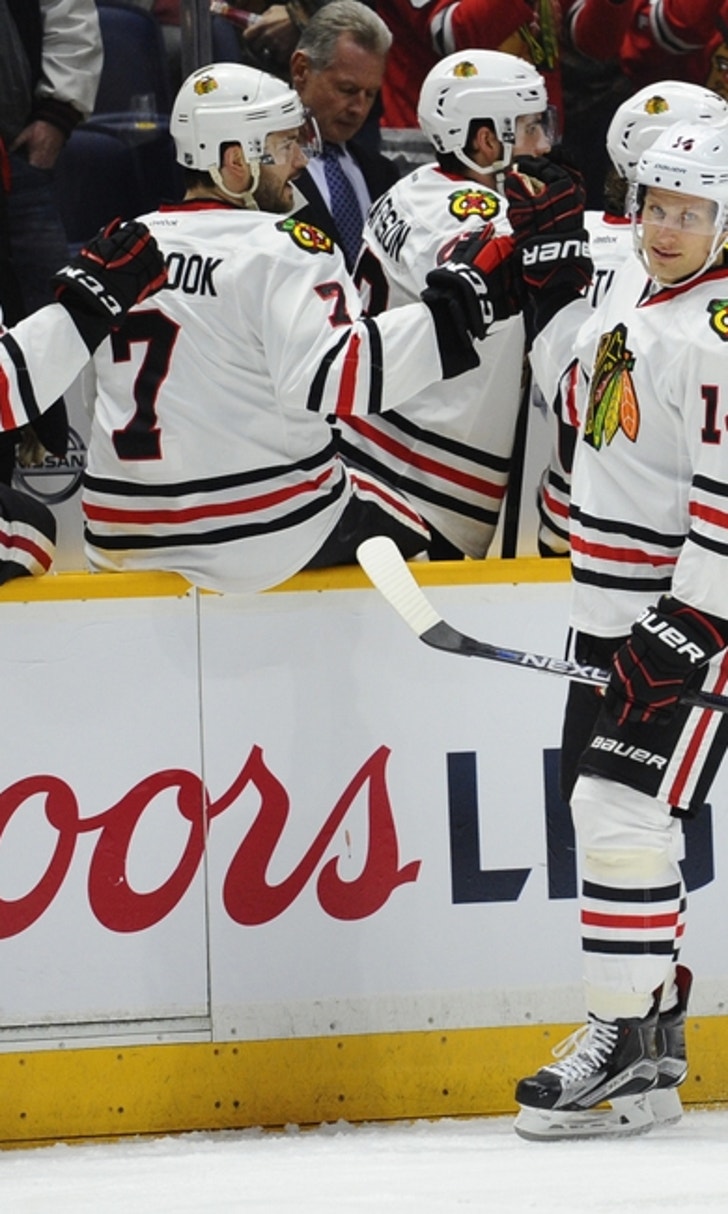 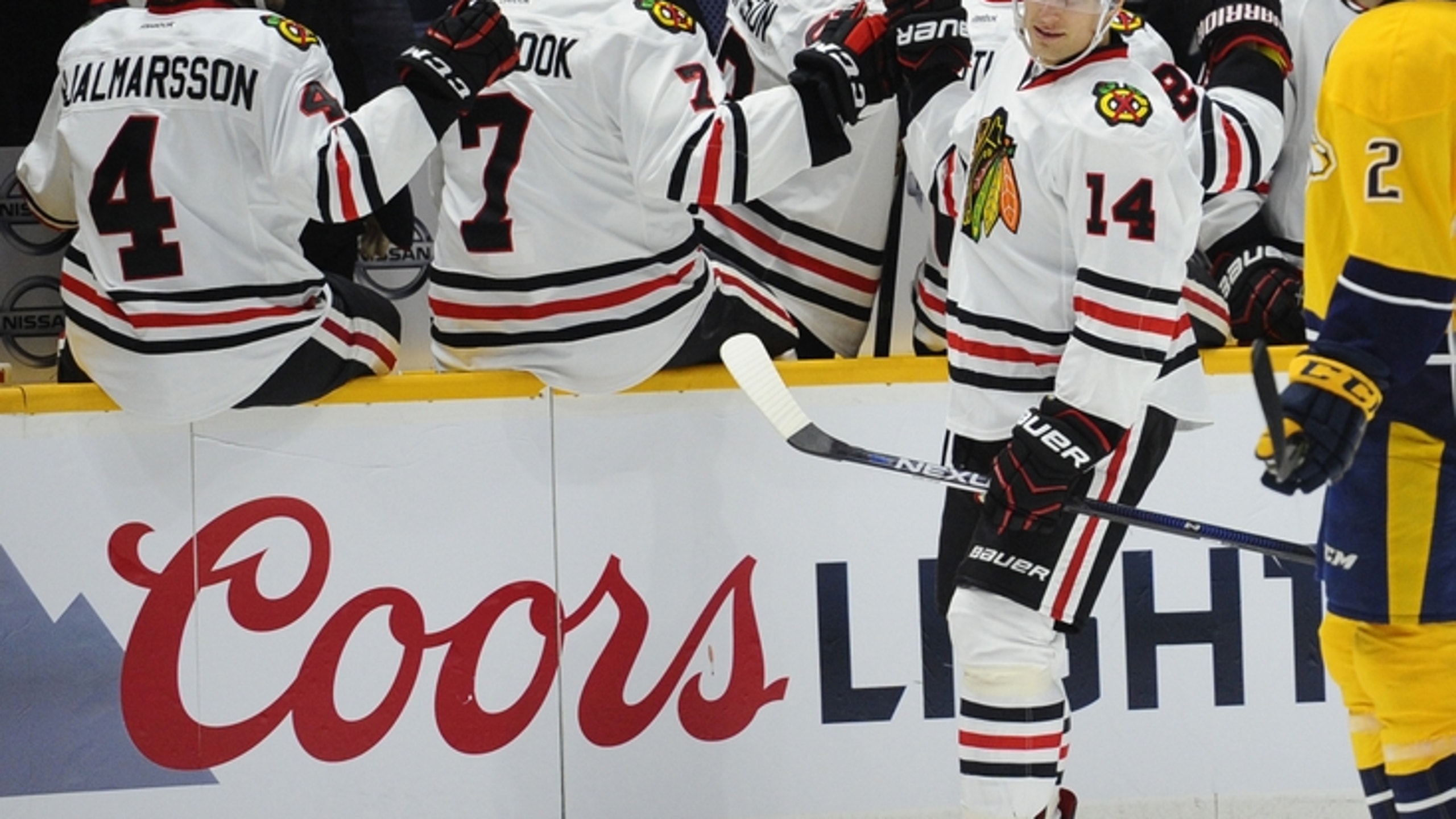 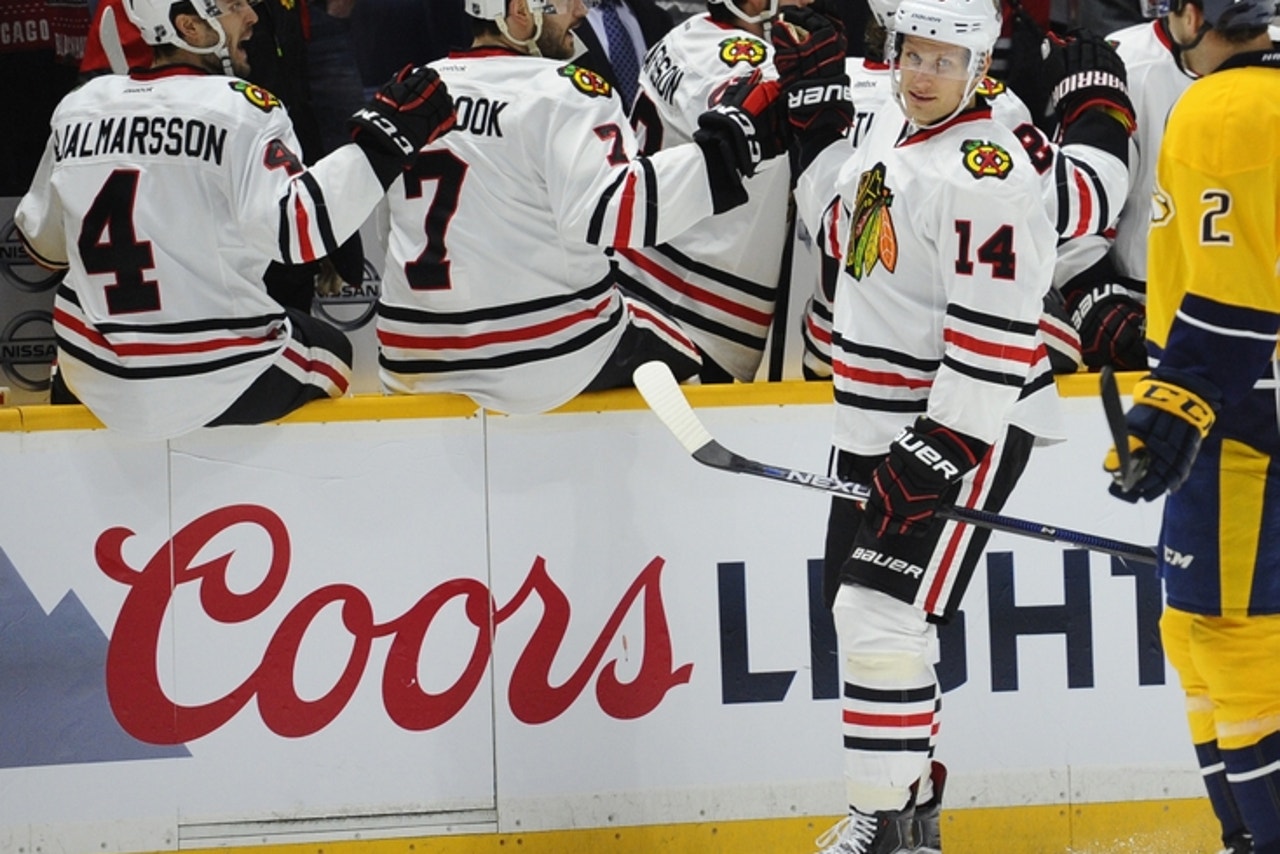 Richard Panik flirted with journeyman status, but it appears he’s now found a home with the Chicago Blackhawks

Who would have guessed that a player that looked like a potential journeyman early in his career would be playing a key role for one of the top contending teams in the NHL?  Since becoming a part of the Chicago Blackhawks in January, Richard Panik has seen his young career take a large turn for the better, playing in a role that many wouldn’t have predicted just a year ago.

A former second-round draft pick by the Tampa Bay Lightning in the 2009 NHL Entry Draft, Panik has been in and out of the NHL with the Lightning and the Toronto Maple Leafs organizations since 2013.

In his time prior to playing at the professional level, Panik showed tremendous promise in the Ontario Hockey League from 2009-2011. Over his 111 OHL games, Panik tallied 97 points (48 Goals, 49 Assists) for the Windsor Spitfires, Belleville Bulls, and Guelph Storm.

Once he made the jump to the professional ranks, he spent the 2011-12 season with the Norfolk Admirals, scoring 41 points in 64 games on the way to winning the Calder Cup. Panik followed up the 2011-12 season by playing with the Syracuse Crunch during the NHL strike-shortened season, becoming an AHL All-Star before heading to the Lightning once the strike ended. He would continue to play back and forth from Tampa Bay and Syracuse before being claimed off of waivers by the Maple Leafs in October of 2014. Panik played the entire 2014-15 season with the Maple Leafs, scoring 17 points in 76 games. Toronto rewarded him with a one-year contract extension in the off-season, but sent him to the Maple Leafs AHL affiliate Toronto Marlies at the start of last season, where he would stay until being traded to Chicago.

Last January, the Blackhawks and Maple Leafs made a ho-hum trade by swapping AHLers Richard Panik and Jeremy Morin. Both players had similar paths as Morin had trouble making his way into the Blackhawks NHL roster consistently throughout his career in Chicago.

Check it out: Good And Bad Three Games In

Panik would join Chicago and slowly work his way to becoming the complimentary piece to the Blackhawks top-line with Jonathan Toews and Marian Hossa, while Morin would play a handful of games with the Marlies before being traded to the San Jose Sharks organization and now resides with Tampa Bay Lightning organization.

Panik is becoming a key factor for the Blackhawks

Building off of his successful end to the 2015-16 season, Panik made his mark in the opening round of the Stanley Cup Playoffs against the St. Louis Blues, playing consistently tough around the net and being a key factor into forcing the series to go seven games.

A plethora of questions surrounded the Blackhawks over the summer concerning who would fill specific roles on a roster filled with new faces. Panik earned the first crack at filling one of those major roles, the top-line left-wing alongside Toews and Hossa.

Fire up the Quenneville blend-o-matic and game two of the season saw Panik playing on the right-wing with Toews and Artemi Panarin. Then, one more time around the Quenneville blend-o-matic for Game three of the year, and he was playing with Toews and Vince Hionstroza. All the while, Panik has notched a team-high five points, including his first ever NHL hat-trick in Saturday nights 5-3 win over the Nashville Predators.

While many thought, and some may still think, that Panik would/will be replaced on the top-line by one of the younger Blackhawks forwards, he is making an early case to keep his spot secure. For now, Toews and Panik being paired together is one of the good things in a rocky start to the 2016-17 season for Chicago.