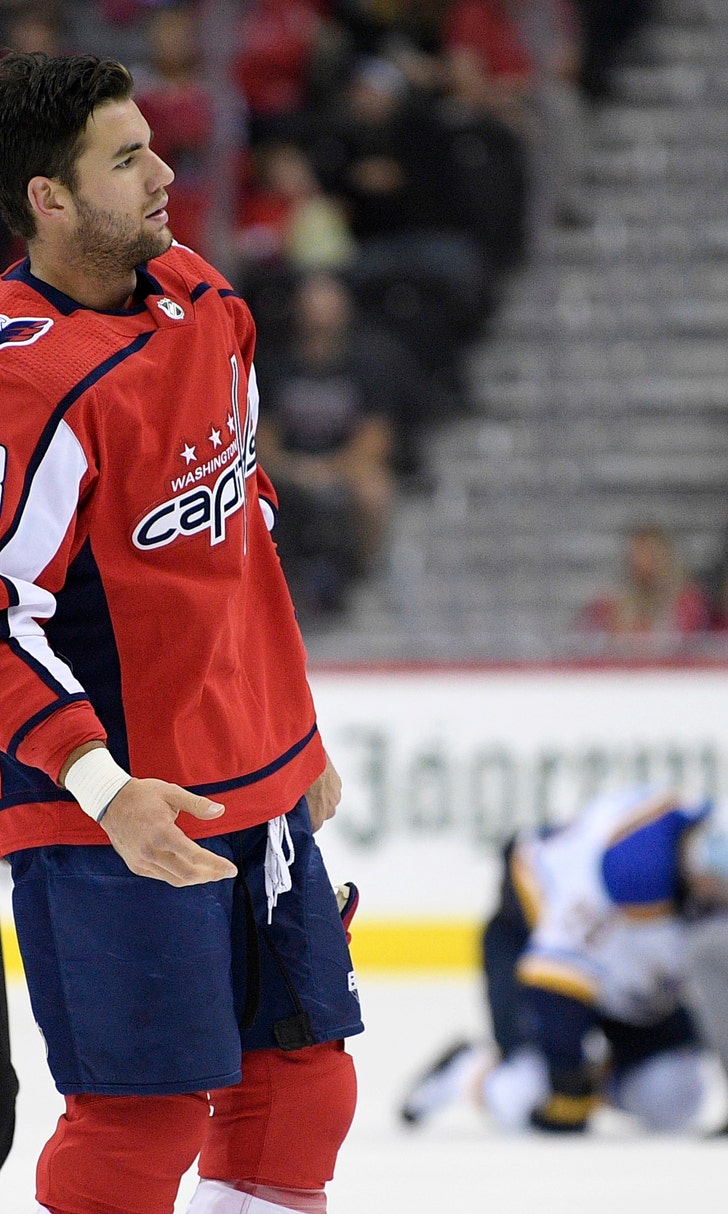 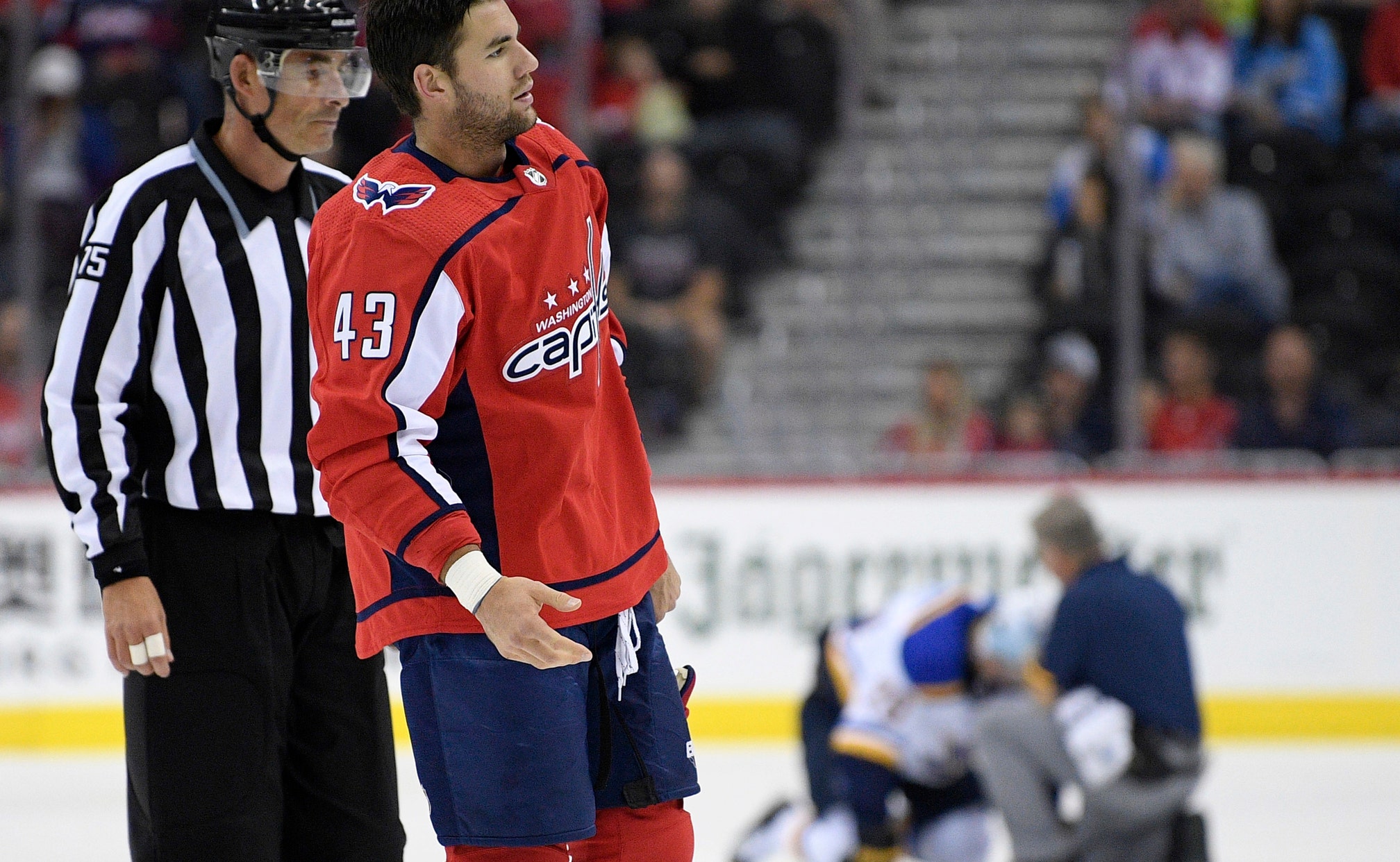 Caps’ Wilson has suspension cut to 14 games by arbitrator

Washington Capitals forward Tom Wilson had his 20-game suspension reduced to 14 games by a neutral arbitrator on Tuesday and became eligible to play immediately, scoring a goal and taking two penalties in 16:47 of ice time at Minnesota in a 5-2 win over the Wild .

Wilson already served 16 games of his suspension for an illegal check to the head of St. Louis forward Oskar Sundqvist in each team's preseason finale. The ruling by Shyam Das allowed Wilson to will recoup $378,049 of the $1.26 million he initially forfeited as part of the suspension.

The 20-game ban handed down by the NHL's department of player safety came after the 24-year-old Wilson was suspended three previous times in 13 months.

Since September 2017, Wilson had been suspended two preseason games for interference against the Blues' Robert Thomas, four games for boarding the Blues' Sammy Blais and three playoff games for an illegal check to the head of the Penguins' Zach Aston-Reese.

"I've had lots of time to think about it and dissect parts of my game," Wilson told reporters in Minnesota after the team's morning skate. "At full speed, the rink's not getting any bigger and guys are getting stronger and faster. Some of those hits at full speed, whether I can or can't make those anymore and just putting myself in a good position not to have the ball in their court and make sure I'm controlling my end of it and make sure I'm controlling what I can do."

Wilson took a goaltender interference penalty as he scored late in the first period and later dropped the gloves with the Wild's Marcus Foligno for a five-minute fighting major. The Capitals left for Winnipeg and a game on Wednesday night against the Jets, a back-to-back test for Wilson's conditioning.

"It was a good day and good to get back in there," Wilson said afterward. "It's tough watching the guys play, but once you get back and get in there, get in the room, get in the game day routine there's no better feeling."

Das wrote in his 42-page opinion that he agreed with the league that Wilson violated Rule 48 with an illegal check to the head and was not persuaded by the Players' Association's arguments that included a suggested eight-game suspension. Das also wrote: "The length of the 20-game suspension imposed was not supported by substantial evidence" and decided on 14 by treating the three-game playoff suspension as six, doubling it given Wilson's recent history and adding two games for Sundqvist's concussion and shoulder injury.

"The league did what they thought was appropriate," Aston-Reese said recently when asked about Wilson's latest suspension. "When the league comes down like that, you've always got to re-think your game. I'm sure he's just doing what he thinks is best for him."

Das is the same neutral arbitrator fired by Major League Baseball in 2012 after he overturned Ryan Braun's drug suspension. The NHL fired arbitrator James Oldham in 2016 after his decision to reduce Dennis Wideman's 20-game suspension to 10 for striking and injuring an official.

Wilson's appeals process took almost a month and a half between Bettman and Das hearing the case. That caused Wilson to sit out extra games even after his suspension was reduced.

"We talked about it going in trying to get a decision earlier, but it seems to be the process the arbitrator needed," MacLellan said. "The (Players' Association) asked to have it done earlier, but he needed the two weeks to get it done."