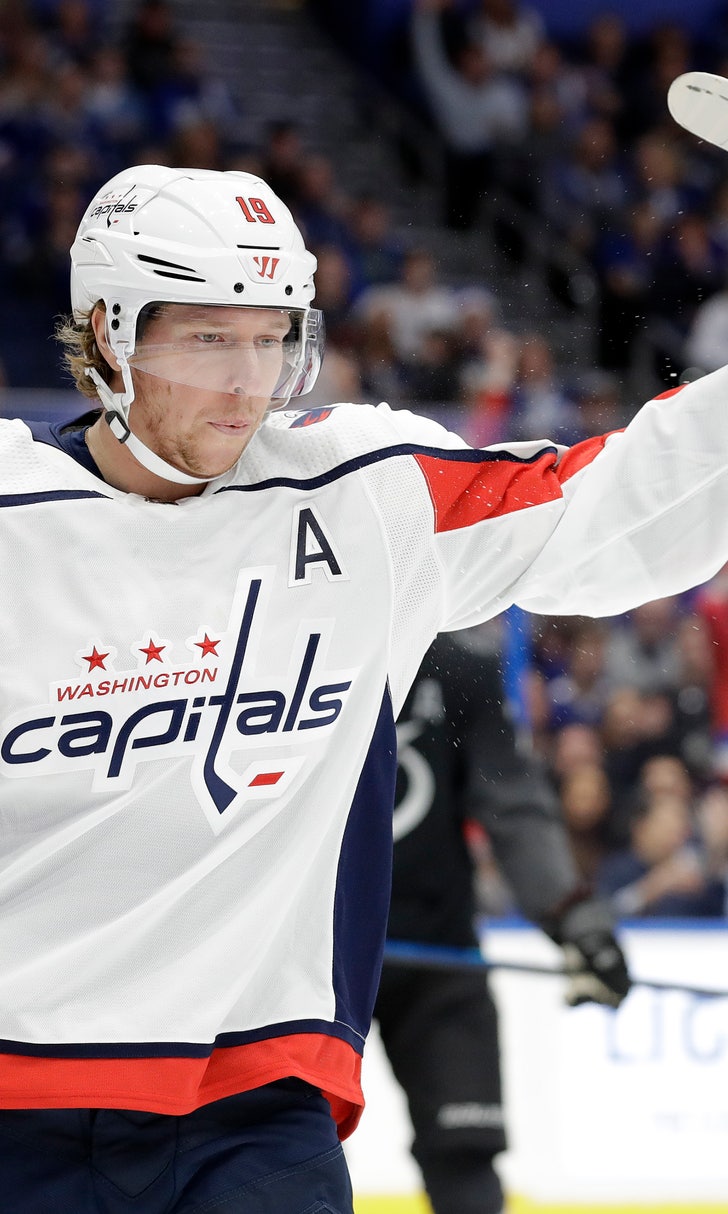 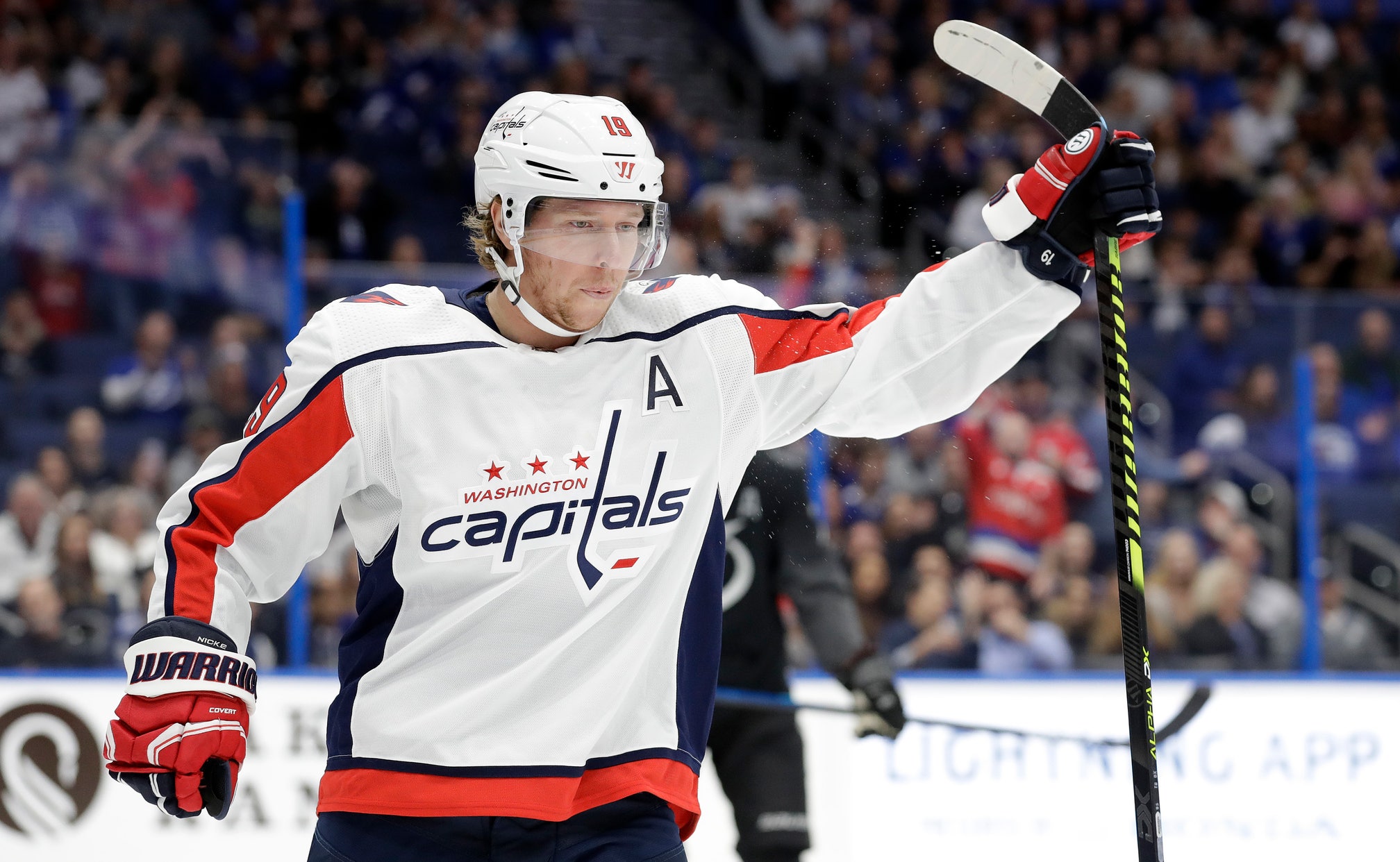 WASHINGTON (AP) — Nicklas Backstrom isn't leaving the team he lifted the Stanley Cup with and is getting paid handsomely to stick around for the long haul.

The Washington Capitals on Tuesday signed Backstrom to a $46 million, five-year contract extension that locks him up through the 2024-25 season. The playmaking Swedish center will count $9.2 million against the salary cap when this contract kicks in next season, a significant raise from his current team-friendly deal.

“I had one goal in mind, and that was to stay here,” Backstrom said at a news conference. "I love the city, I love the fans and love the organization, so it was no doubt in my mind. It would be really weird to put on a different jersey.”

There was little doubt Backstrom and the Capitals would get a deal done before the 32-year-old could become an unrestricted free agent on July 1. Along with captain Alex Ovechkin, Backstrom has been a cornerstone of the franchise for more than a decade. He was a key part of the 2018 Cup run and his No. 19 jersey will someday hang in the rafters.

“I wasn't expecting a whole lot when I first got drafted,” Backstrom said. “Ever since, it's been a journey.”

Backstrom and Ovechkin have played more than 900 games together since Backstrom's NHL debut in 2007 and became one of hockey's most dynamic duos during this era.

“It's nice to be with a guy on the same team so many years,” Ovechkin said. “You can ask anybody in this locker room or previous guys who played. First of all, he's tremendous person and an unbelievable center. To be around him and see how he's grown up, how he's matured, it's great.”

Backstrom is the Capitals' franchise leader in assists and has put up 908 points in 934 regular-season games. He recorded 23 points in 20 playoff games during Washington's Cup run and has been a part of 11 playoff appearances in 12 years.

Ovechkin wears the “C," but Backstrom has built up years of respect and admiration from teammates as a leader.

“Because of how he plays and how he carries himself, his word has some backbone to it,” said former Capitals defenseman Matt Niskanen, who now plays for Philadelphia. "He has a lot of credibility because of the things he's accomplished, and he plays the game the right way. He's a really solid 200-foot player, which is what you want from your stars."

This season, Backstrom has nine goals and 26 assists for 35 points. He's the only active player to have 50-plus assists in each of the past six seasons.

“I think he already is one of the all-time greats that’s ever played here,” team president Dick Patrick said. "He’s just the type of player that you want to stay forever."

Much like Ovechkin did with his $124 million, 13-year contract signed in 2008 — with help from his mother — Backstrom negotiated this deal himself. He'll be 37 when it's over, leaving open the possibility of another contract for a player who seems like he'll finish his career with the Capitals.

“I'm still not super, super old,” Backstrom said. “But the main reason that I wanted to stay here is we have a chance to win again. As a hockey player, that's all you think about.”

Ovechkin almost certainly will play his entire NHL career with Washington, and his contract status is one of two situations worth watching now that Backstrom is signed. The Russian superstar who's on the verge of reaching 700 goals is signed through next season, so he and the Capitals could sign an extension as early as this summer.

Keeping Backstrom around and likely re-upping Ovechkin are obvious moves for the Capitals, who face a different situation with pending free agent goaltender Braden Holtby. The 2016 Vezina Trophy winner could leave this summer because Washington is up against the salary cap and has top prospect Ilya Samsonov already in the NHL and looking like he's capable of becoming a starter.

“It is tricky,” MacLellan said. “Holtby’s a big part of our success as an organization and he’s in the mix with Ovi and Nick as defining our organization. I think we had an open communication at the beginning of the year and then we were going to address it at the end of the year to see where we’re at with cap and possibilities or not possibilities. So we’re going to play it out.”

Even with 2018 playoff leading scorer Evgeny Kuznetsov signed long term and Lars Eller under contract, the Capitals didn't have a successor for Backstrom, a point-a-game center who has helped Ovechkin become the best goal-scorer of this generation.

“I'm more of a passer, and he's a pure-goal scorer, I think,” Backstrom said. “That's why it's worked out so good.”