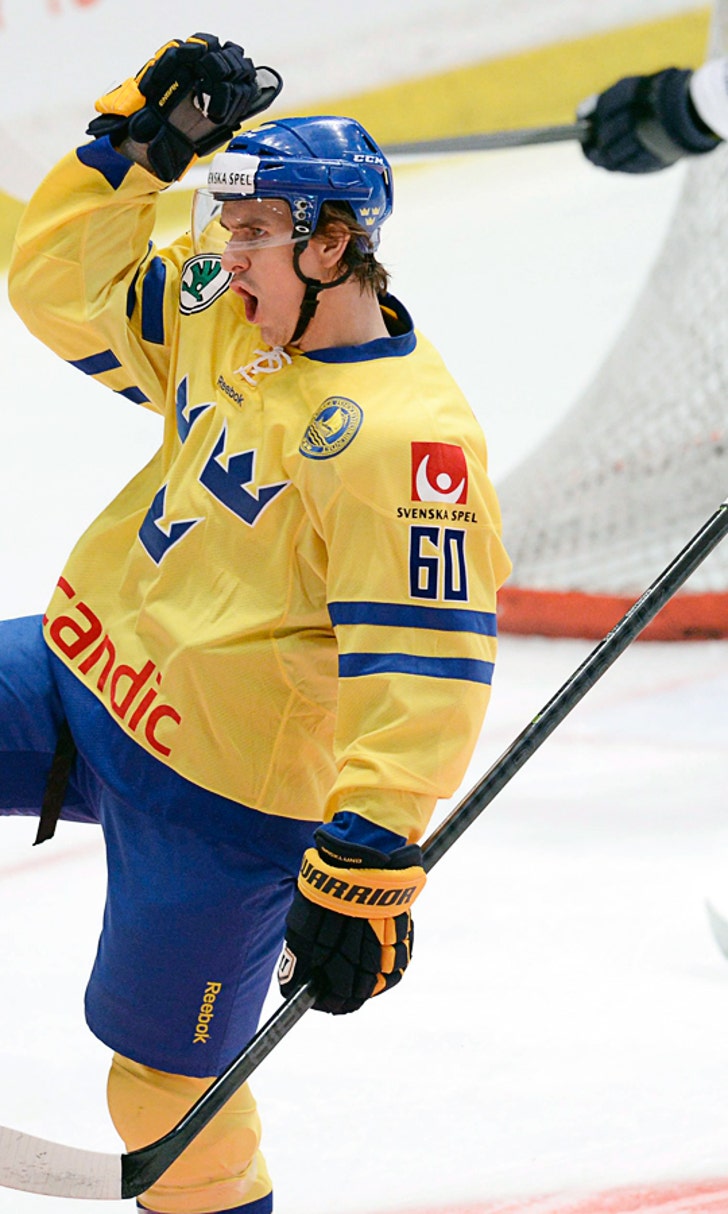 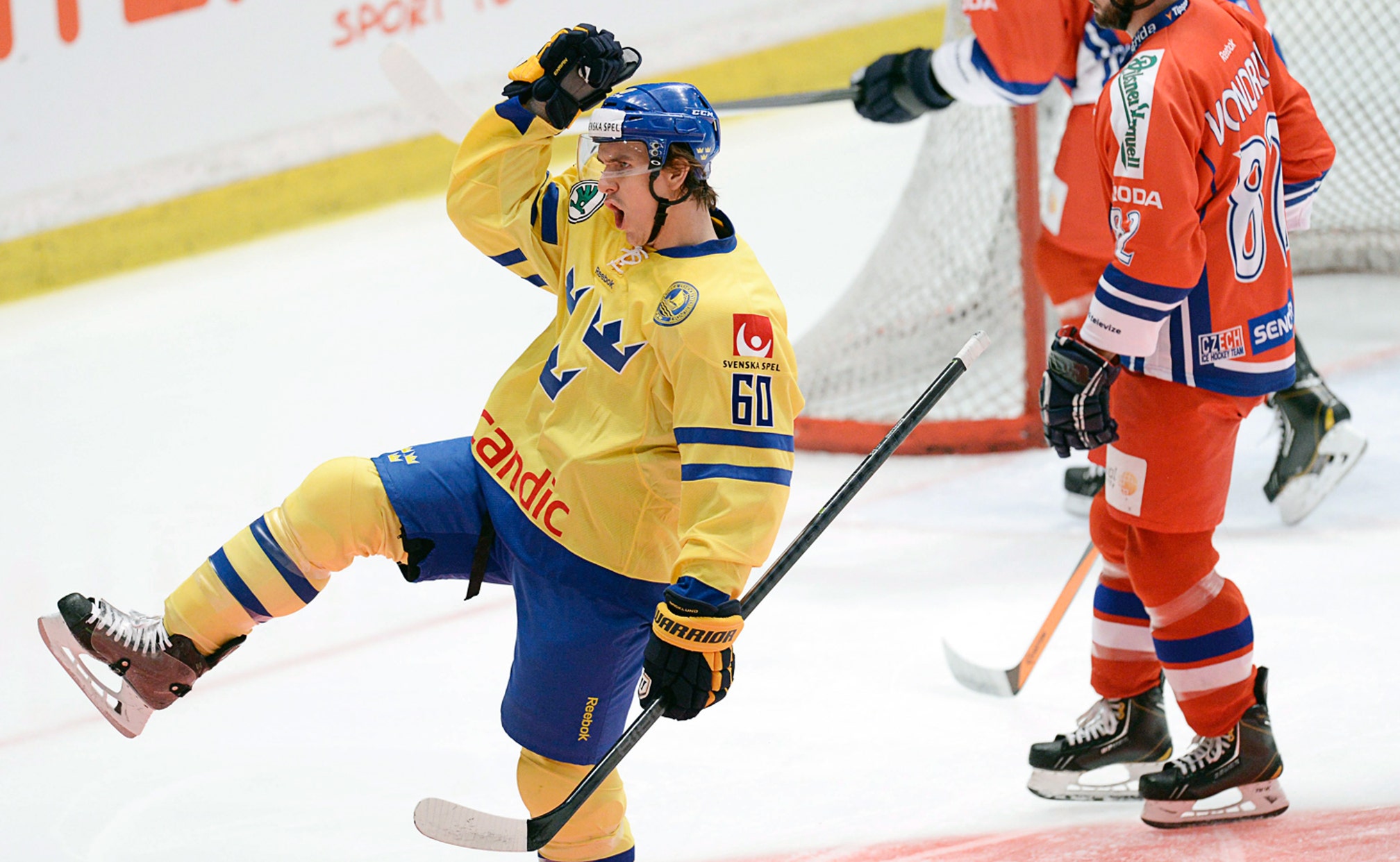 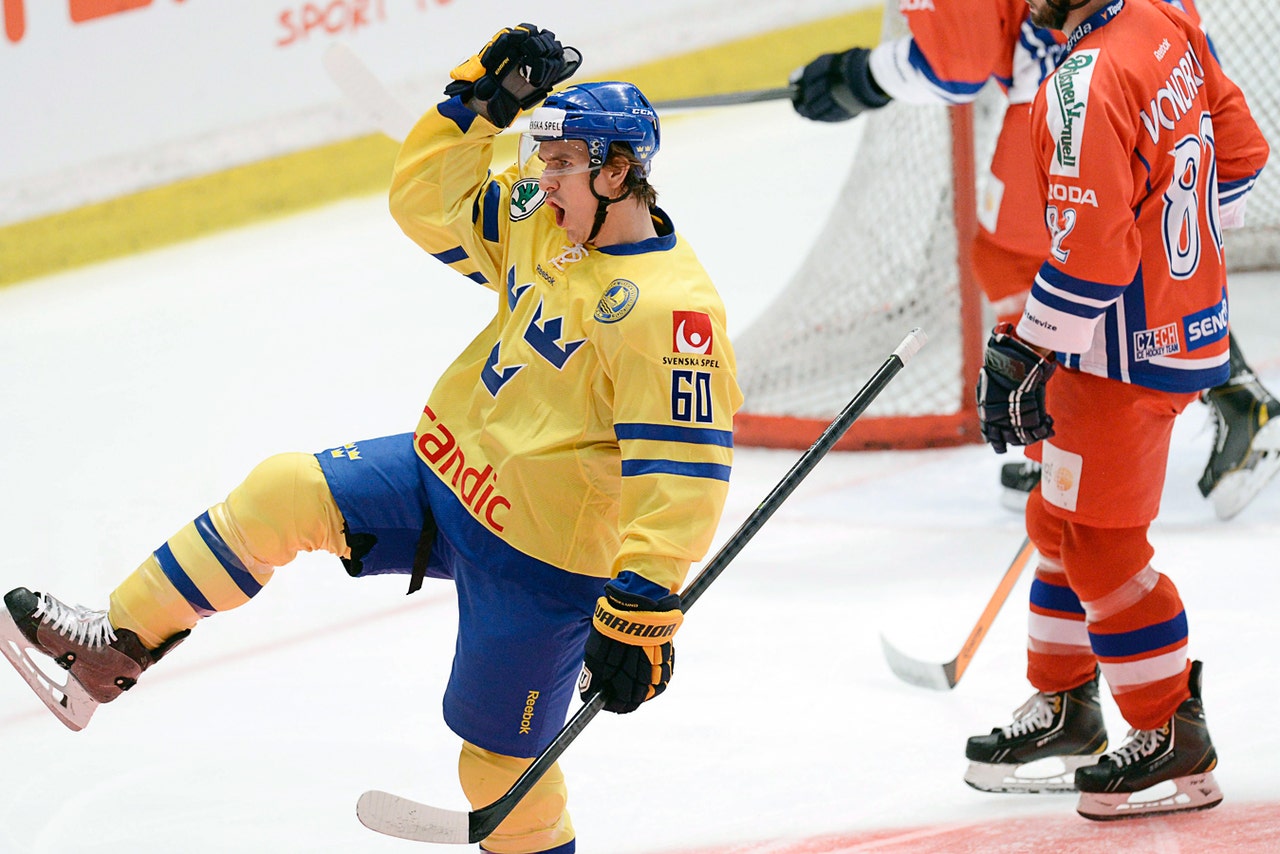 Canada rebounded from a stunning loss to France to edge Slovakia 4-1 at the world ice hockey championship on Saturday.

Sweden negotiated the first step in its title defense with a 3-0 victory over Denmark, and the United Sates made it two wins in two days by defeating last year's runner-up, Switzerland, 3-2.

Cody Hodgson scored the decisive goal for Canada 7:07 into the final period with a high wrist shot. Captain Kevin Bieksa and forward Joel Ward with his second goal sealed the victory.

"We started to get a few bounces. We had some great chances in the first period and the second period. We got fortunate on our chances and scored (in the third)," Canada coach Dave Tippett said. "Our team was much better tonight that it was last night for longer periods of time."

Karol Sloboda put the Slovaks 1-0 ahead on a power play, then Ward tied the match.

Tyler Johnson scored the winning goal for the U.S. with 6:45 left in regulation. Peter Mueller and Craig Smith claimed the other scores for a U.S. team that had to overcame a goal deficit twice. Denis Hollenstein and Damien Brunner put the Swiss ahead twice.

Sweden was too fast and organized for Denmark, and forward Mikael Backlund scored twice in the opening period.

"It was nice to have a few goals right away, keep the pressure off, and the nerves away," Backlund said.

Finland began its campaign with a misstep, losing to Latvia 3-2 for the first time at the worlds, Norway blanked Italy 3-0, and Germany prevailed in a shootout to beat Kazakhstan 2-1.

Backlund scored his first for Sweden when defenseman Markus Lauridsen deflected his shot to the net with his skate, and struck again by precisely directing Joakim Lindstrom's slap shot. Forward Gustav Nyquist added the third on a solo effort after intercepting a pass.

"Once we got up two to nothing we stopped taking the puck to the net," Nyquist said. "We tried to make too many passes instead of shooting the puck."

Latvia failed to capitalize on its second-period power plays when a total of seven Finns were in the penalty box. Finland used its only power play in that period to go 2-1 up with a goal by Petri Kontiola.

But Kristaps Sotnieks tied the match for Latvia, a quarterfinalist in the Sochi Winter Olympics, in the third, and Arturs Kulda netted the winner on a power play.

For Germany, Thomas Oppenheimer won the shootout against a plucky Kazakhstan, a newcomer to the top division, like Italy.

Germany outshot the Kazakhs 47-20 but Kazakhstan went ahead 1-0 through Andrei Gavrilin. Matthias Plachta answered for the Germans at the end of the first period.

"I have to look at the positive," Germany coach Pat Cortina said. "We put the puck to the net and that is extremely important for our team."

Niklas Roest, Morten Ask and captain Anders Bastiansen had a goal each for Norway.

Goaltender Lars Haugen made 15 saves for the shutout, but needed help from his posts on two shots by defenseman Daniel Sullivan in the second.