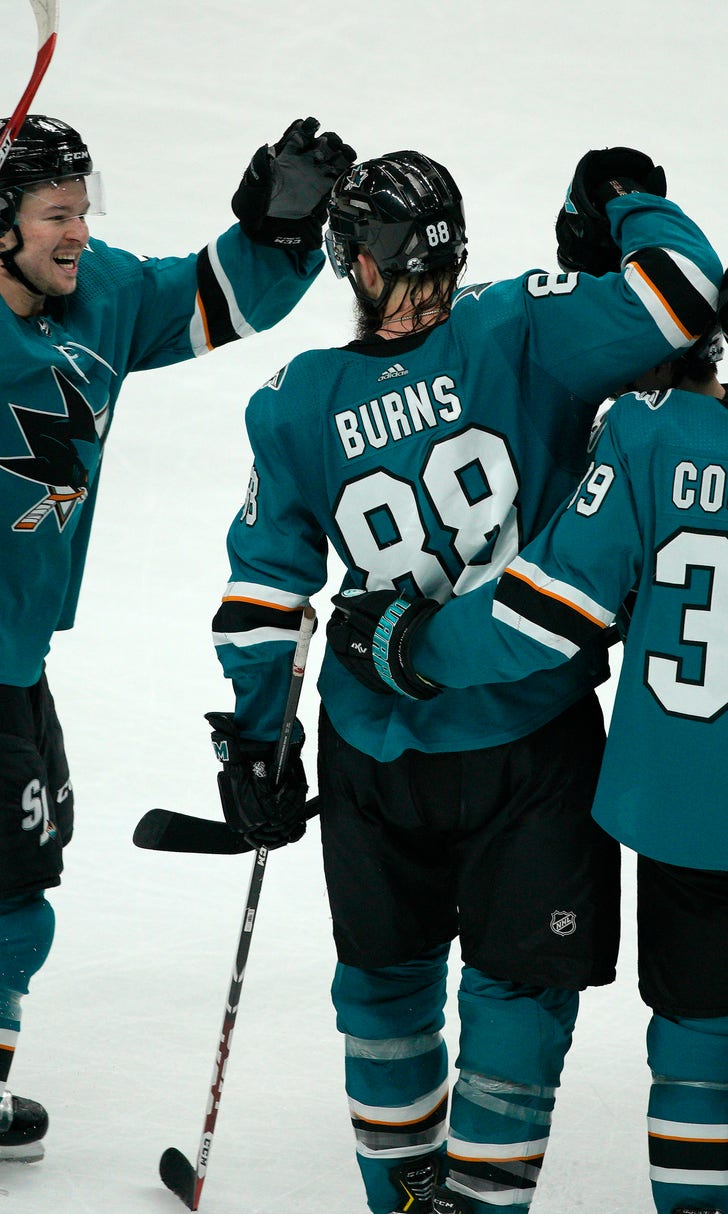 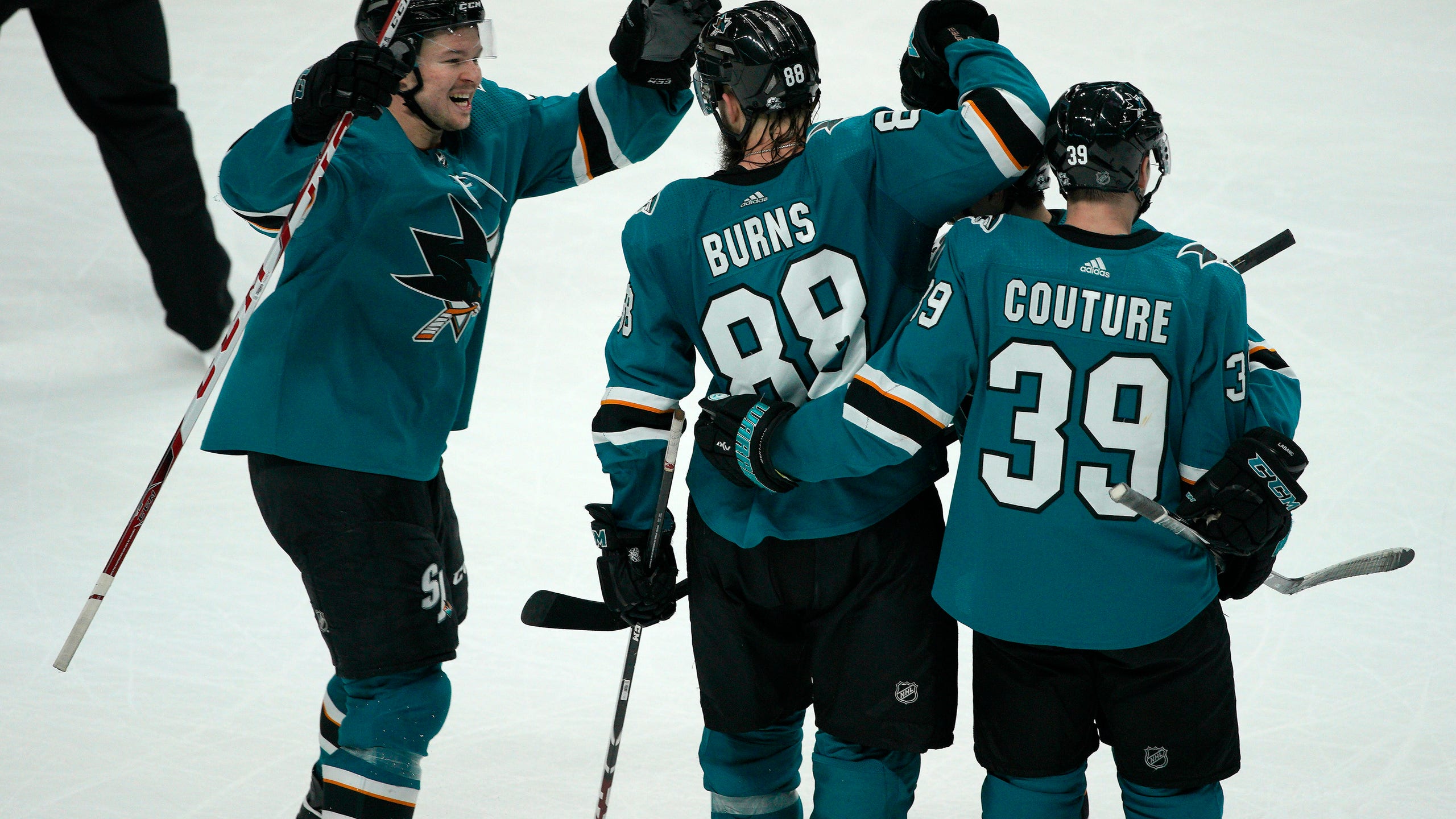 Brent Burns scored on a power play at 22 seconds of overtime and the Sharks snapped a seven-game losing streak, beating the Vegas Golden Knights 4-3 on Saturday night.

The Sharks clinched second place in the Pacific Division and home ice in the first round of the playoffs, ending their longest skid of the season and sending Vegas to its franchise-worst fifth straight loss.

"We needed a win and we found a way," San Jose Sharks coach Peter DeBoer said.

The teams are likely to meet in the first round of the playoffs.

"Every time we play these guys, it's always a hard-fought game. You definitely feel the intensity out there," Sharks forward Evander Kane said. "It's fun to be a part of that game. I'm sure we'll see these guys again very soon."

The Sharks led the division as recently as March 12, when they defeated Winnipeg for their sixth straight win.

Injuries to defenseman Erik Karlsson and center Joe Pavelski, both All-Stars, have figured prominently in their slide, and DeBoer said unspecified injuries to centers Melker Karlsson and Lukas Radil are a concern.

"I don't know if we're ready" for the playoffs, DeBoer said. "You've got a list of four or five pretty good players sitting out, you're not ready for the playoffs, obviously, but if we can get healthy, we know our game. I know we lost seven, but we played a lot of good hockey this year, so I think we're confident in our game."

Colin Miller took a hooking penalty with 54.7 seconds left in regulation, setting up the power play.

"To win a game, it feels like it's been three months, honestly," Sharks center Logan Couture said. "When you don't win, you feel it weighing on you, so it's a relief to finally win one."

William Karlsson had a goal and had an assist for the Golden Knights. Cody Eakin and Shea Theodore also scored, and Malcolm Subban stopped 30 shots.

"We're losing too much," Karlsson said. "Things have been going way my, but that's in the past. We have to look forward."

Karlsson opened the scoring at 3:54 of the first period. The Sharks tied it at 58 seconds of the second period on Hertl's 35th goal of the season and fourth in five games.

Eakin flicked in a backhander past Jones at 5:30 of the second period for 21st goal to give Vegas a 2-1 lead.

Vlasic scored at 11:26 of the third period, and Theodore tied it for Vegas less than 40 seconds later.

"There's pride in the rivalry and that's the way it's going to be," Eakin said. "There was a lot of stuff going on we could have straightened out. Four-on-three is tough at the end, in overtime. It could have gone either way. They're going to be playing hard and I'm sure they enjoyed it as much as we did."