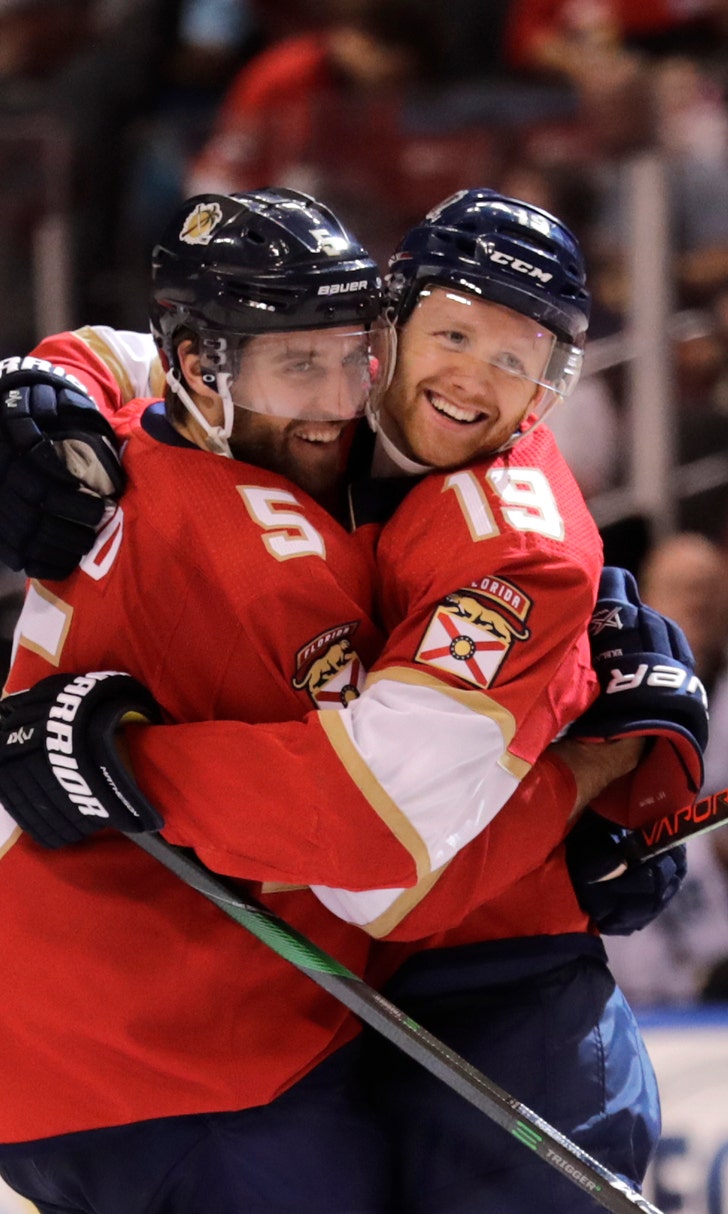 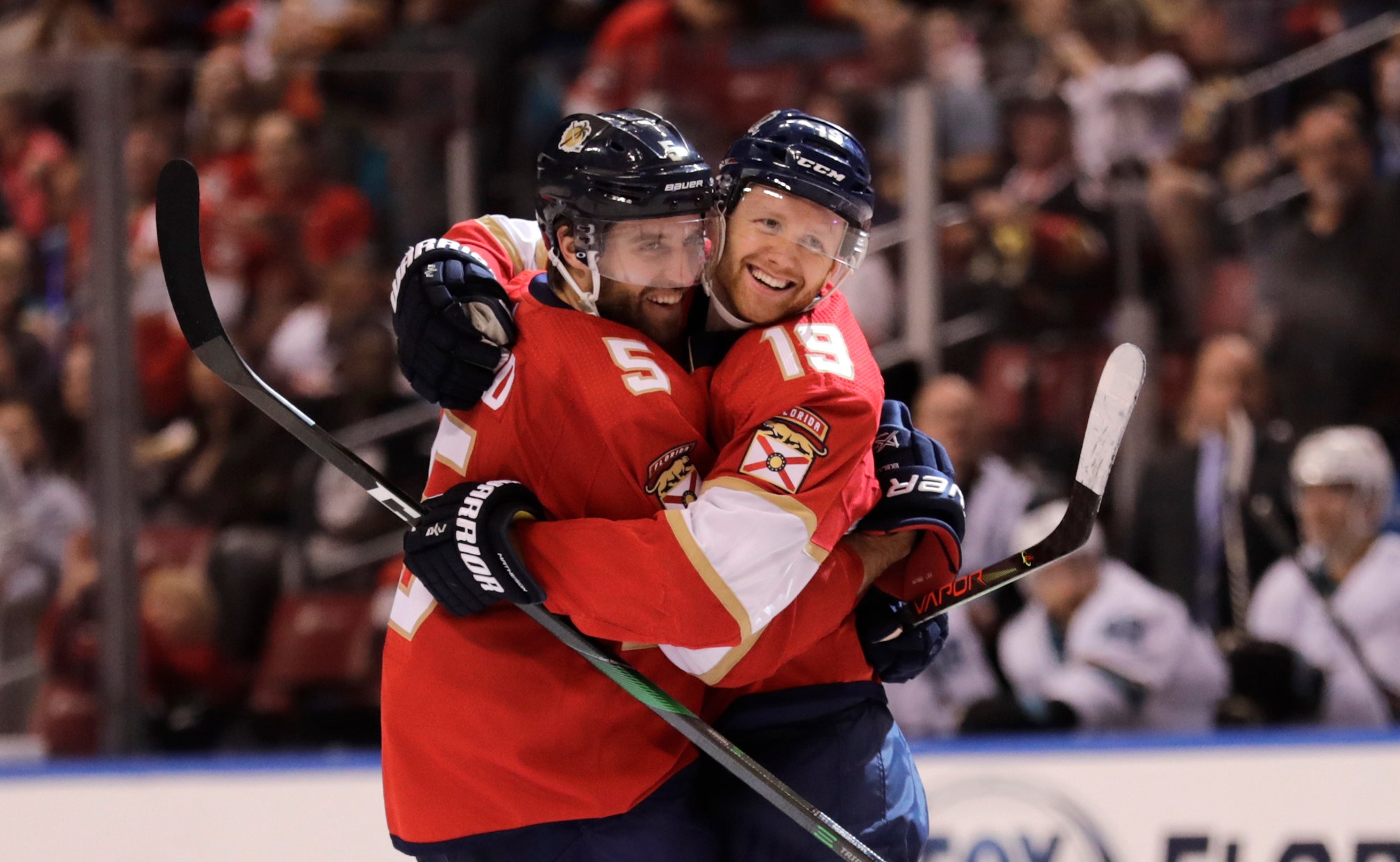 Bobrovsky didn’t let his coach down.

He stopped 30 shots to win for the second straight game as the Florida Panthers beat the San Jose Sharks 5-1 Sunday.

“I thought Bob was really good early,” Quenneville said. “San Jose had some good pressure in our end in the second period as well. I thought he had a real nice game.

“He was in control all game long. He had a very good weekend.”

“Physically, you feel a little bit fatigued there, but I thought we stood together at the right time,” said Bobrovsky, who stopped 63 of 65 shots in the two-game span. “I felt comfortable. I think the guys made my job easier.”

Aleksander Barkov, Keith Yandle and Frank Vatrano each had a goal and an assist, and Mike Matheson and Brett Connolly also scored to help Florida win for the third time in four games. Aaron Ekblad and Jonathan Huberdeau each had two assists.

Huberdeau pushed past Stephen Weiss for the second-most points in franchise history with 395 in his career.

Kevin Labanc scored and Martin Jones had 28 saves for the Sharks, who lost their fourth straight (0-3-1).

The Sharks entered the game with the NHL’s top penalty-killing unit, but a night after giving up two power-play goals against Tampa Bay, they fell behind early in the first while down a man.

Yandle fired a long shot from near the blue line that beat Jones for his third goal at 4:15 — just 11 seconds into the power play.

The Sharks pulled within one when Labanc scored his eighth on a power play at 9:57.

Matheson got his first when his long shot from the point squeezed through Jones’ pads at 6:32 of the second as a power play expired to make it 3-1.

Bobrovsky made a big save when he denied Barclay Goodrow’s breakaway at 1:846 of the second period, allowing Florida to maintain its two-goal lead entering the third.

After San Jose’s Brenden Dillon committed a pair of minor penalties, Connolly got his 14th on a rebound just 7 seconds into the first penalty at 10:19 for a three-goal lead.

Jones has allowed 13 goals in 76 shots over his last three starts – all losses.

The Sharks yielded four power-play goals in their two losses. They let in four total in the previous 17 games before Saturday’s 7-1 loss in Tampa.

“Their goalie was better and their special teams were better,” Sharks coach Peter DeBoer said. “That was probably the story. In those two areas they were better than us.”

Vatrano rounded out the scoring with his seventh into an empty net with 1:29 left.

NOTES: Sharks D Radim Simek returned to San Jose for a minor meniscus procedure and will miss two weeks. Tim Heed made his 18th appearance in his place. ... The Sharks have three coaches who were behind the bench for Florida at one point — head coach DeBoer (2008-11) and assistant Bob Boughner (2017-19) were head coaches, and assistant Dave Barr (2016-17) had the same role. “On the way here to the rink today, everyone was pointing out where they all lived,” DeBoer said before the game, laughing. ... San Jose scratched F Lean Bergmann and F Lukas Radil plus Simek. ... Barkov’s goal and assist gave him seven points (three goals, four assists) during a five-game point streak. ... The Panthers scratched F Denis Malgin, F Jayce Hawryluk and D Mark Pysyk.

Sharks: Conclude their road trip on Tuesday night in Nashville.