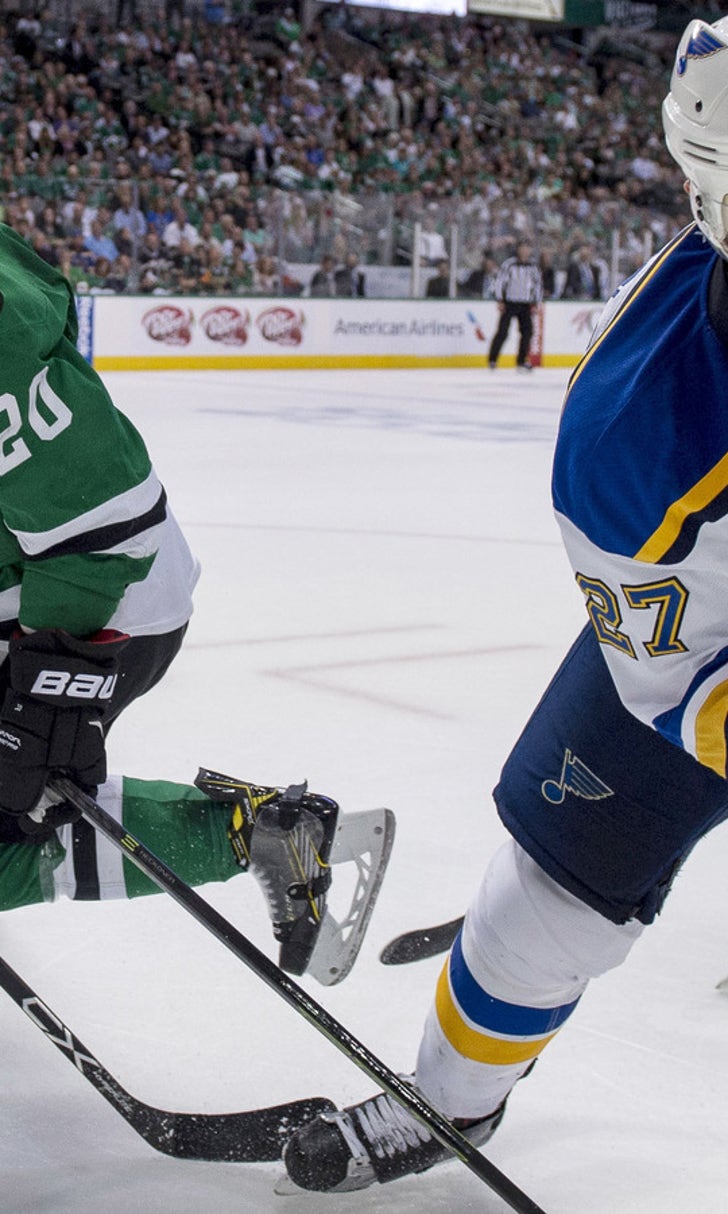 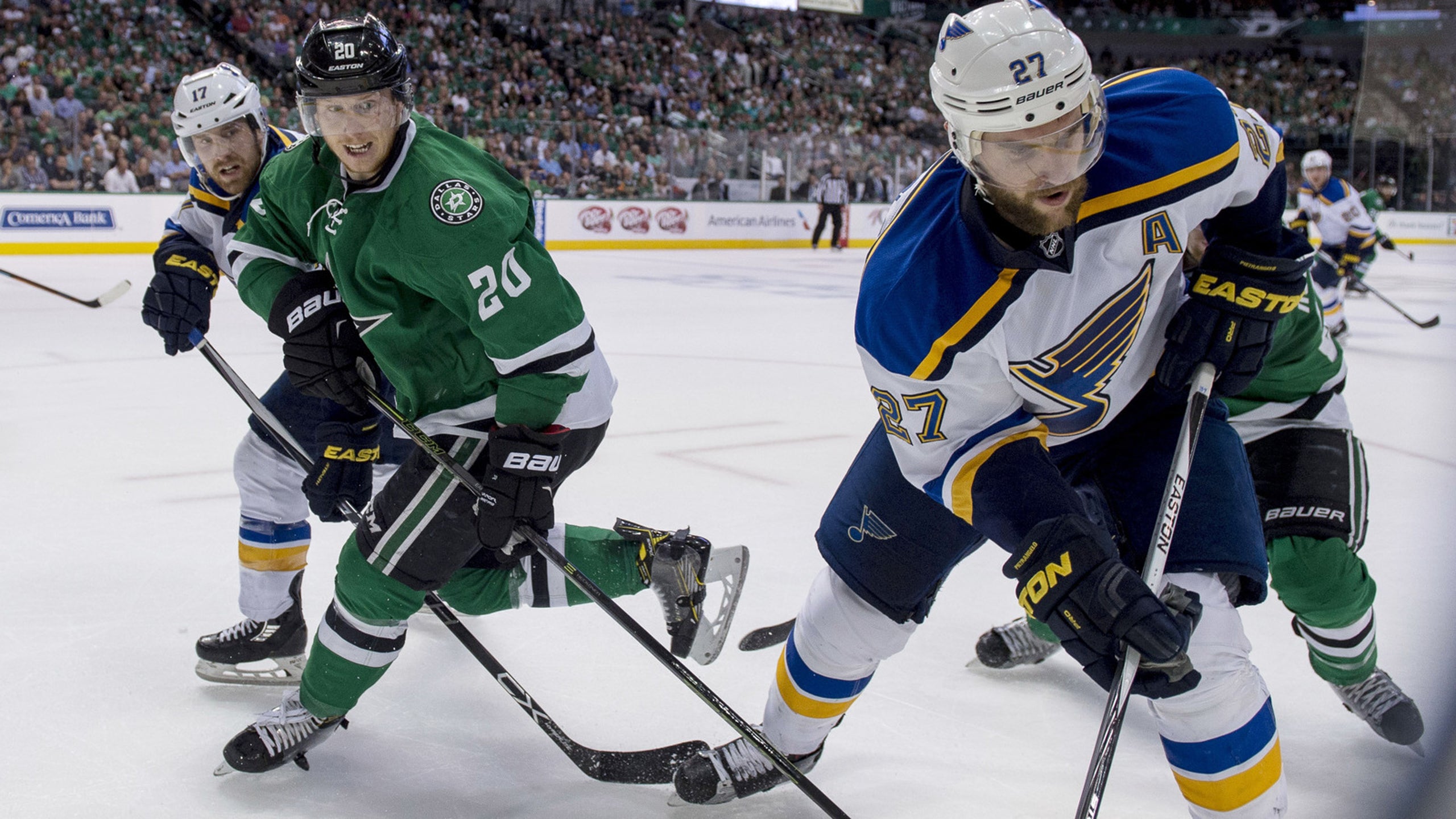 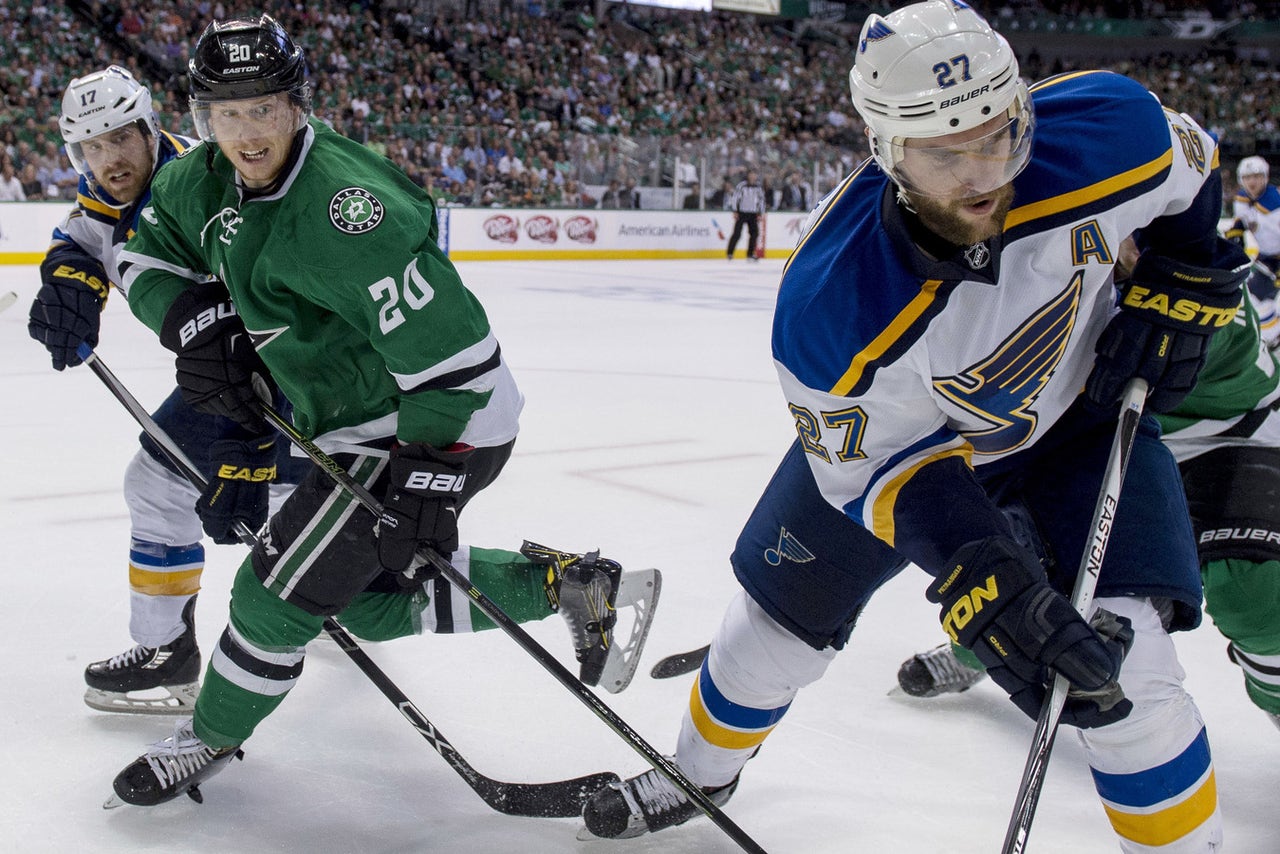 DALLAS -- The captain and the kid are going to the Western Conference finals with the St. Louis Blues.

St. Louis did more than survive Game 7 this time. The Blues routed the top-seeded Dallas Stars 6-1 on Wednesday night to advance to their first Western Conference finals since 2001.

Robby Fabbri, their 20-year-old rookie center, became the youngest player in NHL history to score three points in a Game 7, with a goal and two assists, and captain David Backes added a goal and an assist.

"The way we feel here, we know we've got a good team and we know every time we're challenged we've kind of risen up to it," Paul Stastny said.

Blues linemates Fabbri, Stastny and Troy Brouwer each had a goal and two assists.

"Nice short plays, and we buried our opportunities," Brouwer said. "We talked before the game that we wanted to be the difference in this game tonight, and I feel like we made a good impact."

The Blues, in the playoffs for the 40th time and still in search of their first Stanley Cup, will have home-ice advantage in the Western Conference finals against Nashville or San Jose -- and for the Stanley Cup as well if they advance. The Predators and Sharks play their deciding Game 7 on Thursday night.

Patrik Berglund and Vladimir Tarasenko also had goals to help the Blues win for the third time on the road in the. Tarasenko' seventh goal of the playoffs was an empty-netter with 4:40 left.

Patrick Eaves had the lone goal for Dallas, which matched its most lopsided playoff loss. The Stars also lost 6-1 in Game 3 of the series.

"A huge disappointment. We had good energy, but it's a tough way to end. It's not our team," coach Lindy Ruff said. "Even when we started pushing, we missed too many good opportunities to get back in it. But it's not the ending you want, it's a big disappointment."

It was the fourth straight game in the series, and fifth overall, won by the visiting team, and a lopsided finish to a second-round series matching the Western Conference's top two teams in the regular season.

Coach Ken Hitchcock's Blues were only two points behind Dallas in the regular-season standings for the top seed.

In this Game 7, the Blues were in firm control after the first period, even after having a goal taken off the board because of a replay challenge by Dallas.

Brian Elliott was back in goal for the Blues and had 31 saves. He had been pulled late in the first period of Game 6 after giving up three goals in seven shots -- and Dallas held on to win that 3-2 to set up their first Game 7 at home since 2000, and first in the American Airlines Center.

"I know in this dressing room there was no question who we were going to turn to, and he's our guy," Brouwer said. "He was phenomenal for us, and we're going to have to ride a couple more times throughout the course of these playoffs. But he's a guy that we could rely on."

The Blues were ahead to stay when Fabbri scored on a power play 5:23 into the game with a backhander after Kari Lehtonen was unable to control a loose puck in front.

Tarasenko took a shot from in front of the left circle that somehow got behind Lehtonen into the net with about 2 minutes left in the first period that appeared to make it 2-0. But replay showed that Tarasenko was just offside before the puck got in the zone, and officials wiped off the goal.

St. Louis responded with two goals in the final 1:38 of the period. Stastny scored first and then Berglund on a shot from just inside the blue line with only 3.4 seconds left before the intermission.

"The offside call gave us some life and we had a few opportunities to score," Stars left wing Patrick Sharp said. "The late one in the first was a tough one. It's all tough."

Notes: Ruff has used two goalies all season, and Lehtonen was replaced after allowing three goals in eight shots. Antti Niemi took over in the second period, when Backes and Brouwer scored, but stopped the other eight shots he faced. ... St. Louis is 5-2 on the road this postseason. ... Hitchcock is 5-2 in Games 7s as a coach, and Ruff is 0-4. Ruff's first three were with Buffalo, in 2001, 2006 and 2011. ... Hitchcock was the Stars' coach for their previous Game 7 at home, a win over Colorado at Reunion Arena in the Western Conference final to get to their second consecutive Stanley Cup finals. ... The Blues blocked 34 shots; the Stars blocked five.