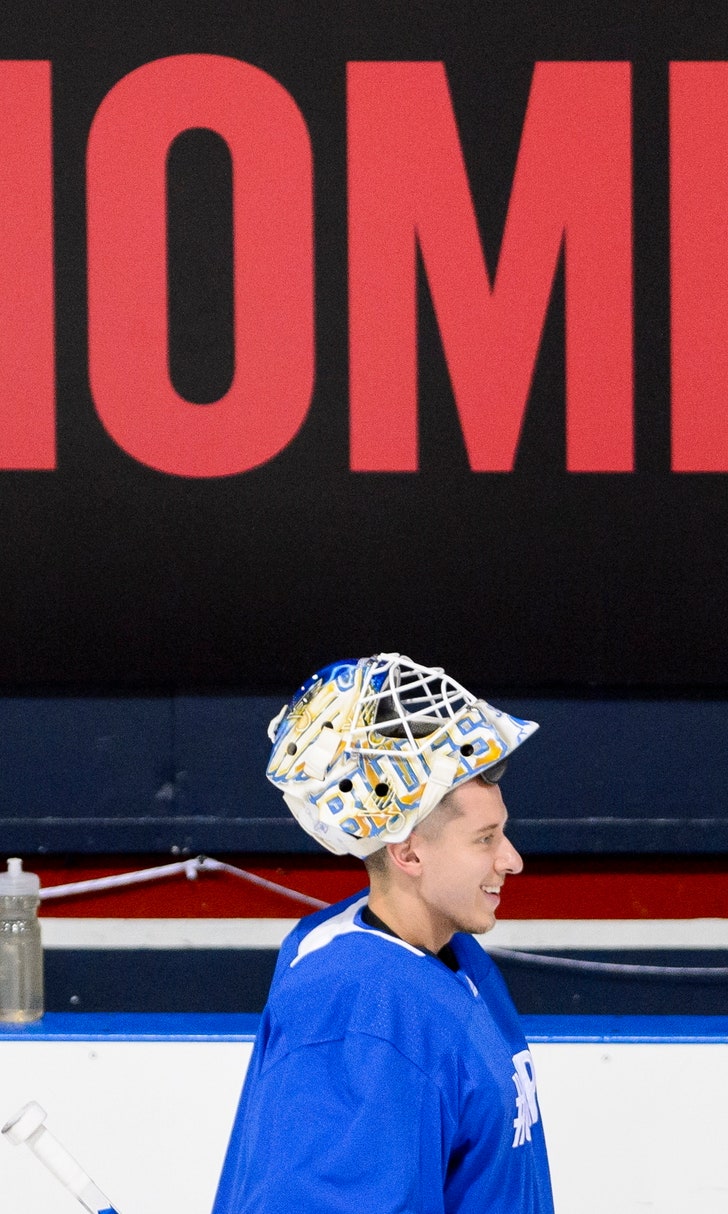 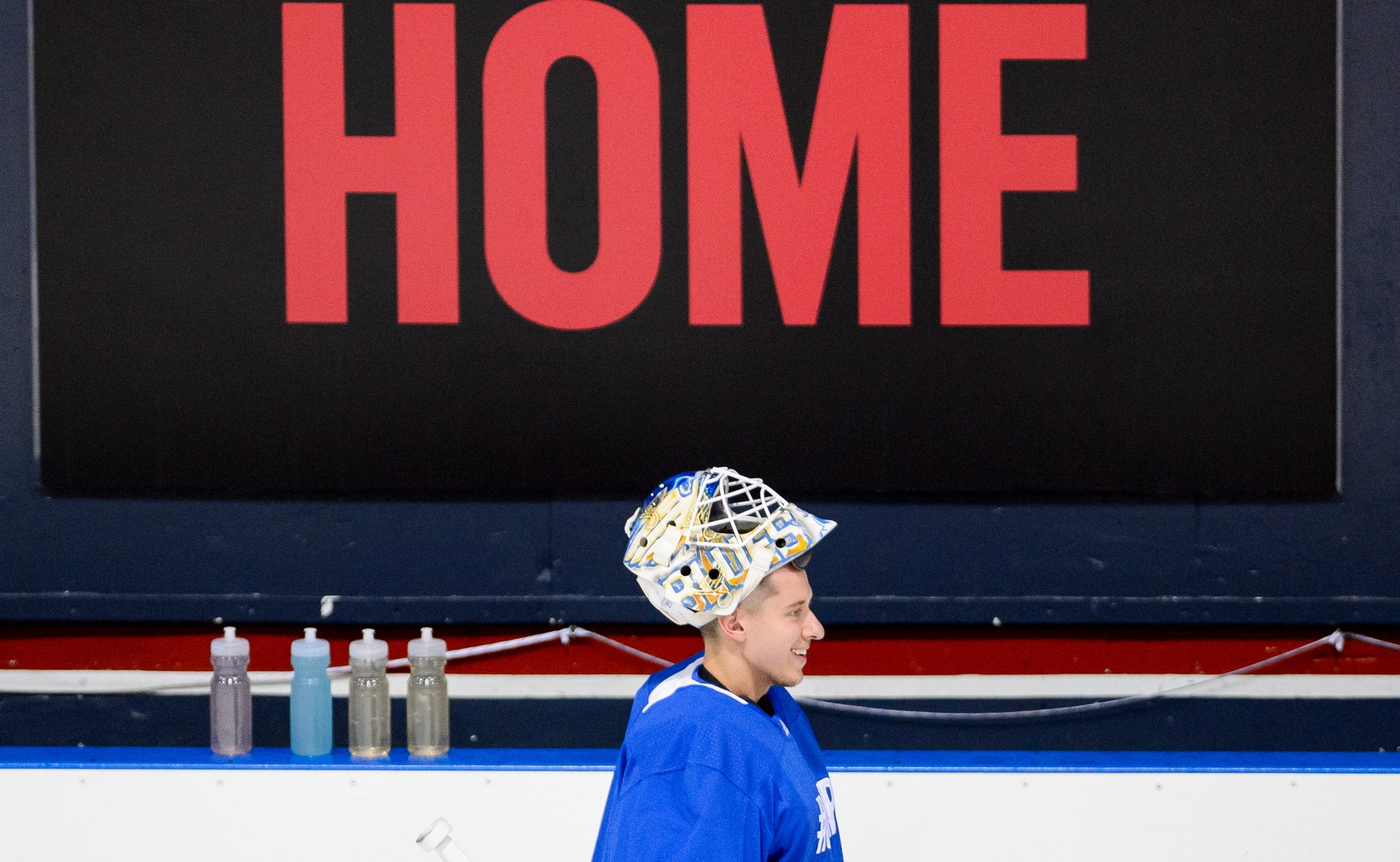 TORONTO (AP) — Jordan Binnington used to fly under the radar during his summer training.

But after a head-turning, seemingly-out-of-nowhere rookie season capped by a Stanley Cup victory, those days are long gone for the St. Louis Blues goalie.

"It happened quickly, but it's been great," he said from BioSteel, an annual pre-training camp showcase for NHL players and others. "It's been a long process to get here, too."

Binnington, drafted by St. Louis in the third round in 2011, started last season No. 4 of the depth chart. He had a solitary game of NHL experience before finally getting his shot for a struggling Blues team.

He proceeded to go an eye-popping 24-5-1 with a .927 save percentage and a 1.89 goals-against average. St. Louis went from last place overall to the playoffs.

But that was only the beginning. Binnington backstopped the Blues through four postseason rounds, getting past Winnipeg, Dallas and San Jose in the Western Conference. Then St. Louis downed the Boston Bruins on the road in Game 7 of the Cup final.

The 26-year-old has been a regular at BioSteel, but he never attracted the kind of attention usually reserved for Connor McDavid or Tyler Seguin until this summer. Seguin saw something in the once no-name goalie at previous camps.

"He doesn't get nervous," said Seguin, whose Stars fell to the Blues in the second round. "He's always had that swag, no matter what."

Binnington spent his time toiling in the minors and appreciates good words from his workout partners.

"(Seguin) was one of the first people to believe in me around here (and in) the hockey world," he said. "Going against elite athletes and elite players, that's what it's about."

He says there was a different vibe in the group this summer.

"New respect level, for sure," Binnington said. "Being back in Toronto, being on the streets, it's really cool talking to people and seeing the influence you had. I'm really happy with where I'm at right now."

That includes a two-year contract worth $8.8 million he signed with Blues as a restricted free agent after having to settle for three straight one-season pacts.

"You've got to understand the process and keep building and let the money chase you," he said.

Malcolm Subban has known Binnington since they were 15 and shared the crease for Canada at the 2013 world junior hockey championship. The Vegas Golden Knights backup sensed Binnington had this in him.

"He's always been one of the best, if not the best, goalie in every league he's played in. ... Eventually people will see it and it will show." Subban said.

That belief has helped Binnington maneuver through some difficult moments.

"There were down times," he said. "I realized my back was against the wall and I had to work. No one's going to do it for me and I've got to find my own way. You've got to be bold because fortune favors the bold."

Binnington and the Blues will take no one by surprise this season. It's the kind of challenge Binnington has relished during a meteoric rise eight years in the making.

"It's not always going to be perfect," he said. "It's how you handle it. The toughest will succeed and last. I'm not too worried about proving stuff to anyone besides myself. I expect the best."