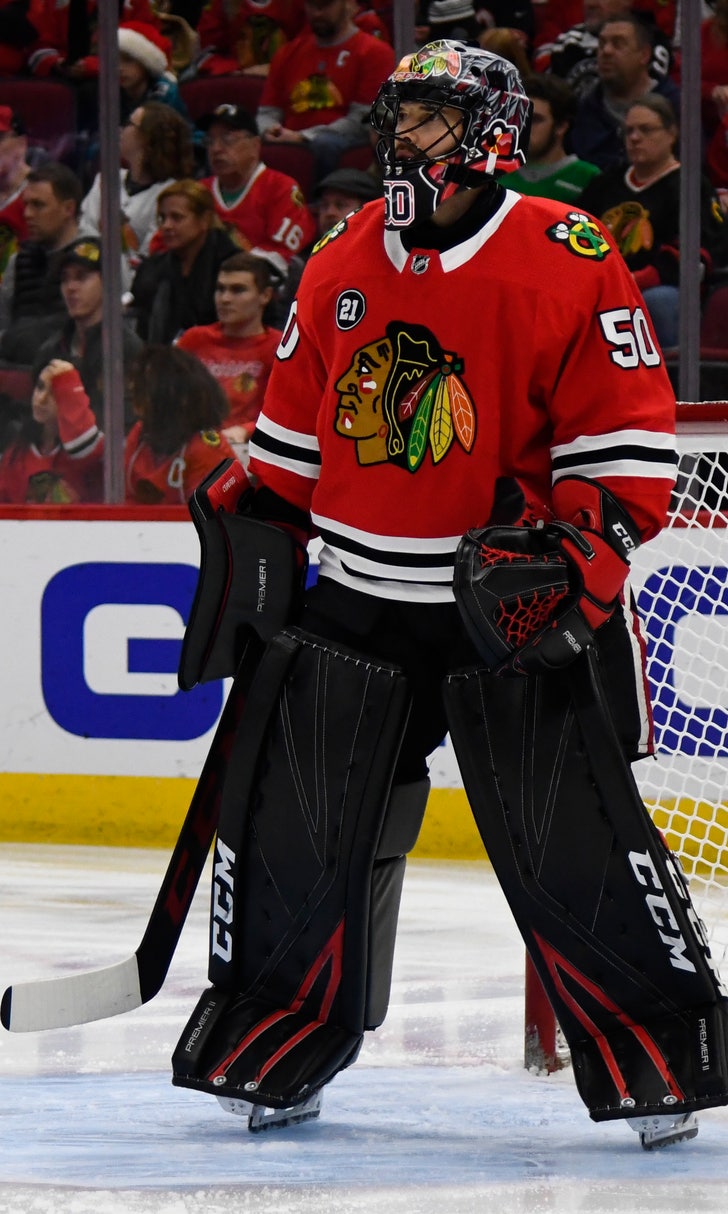 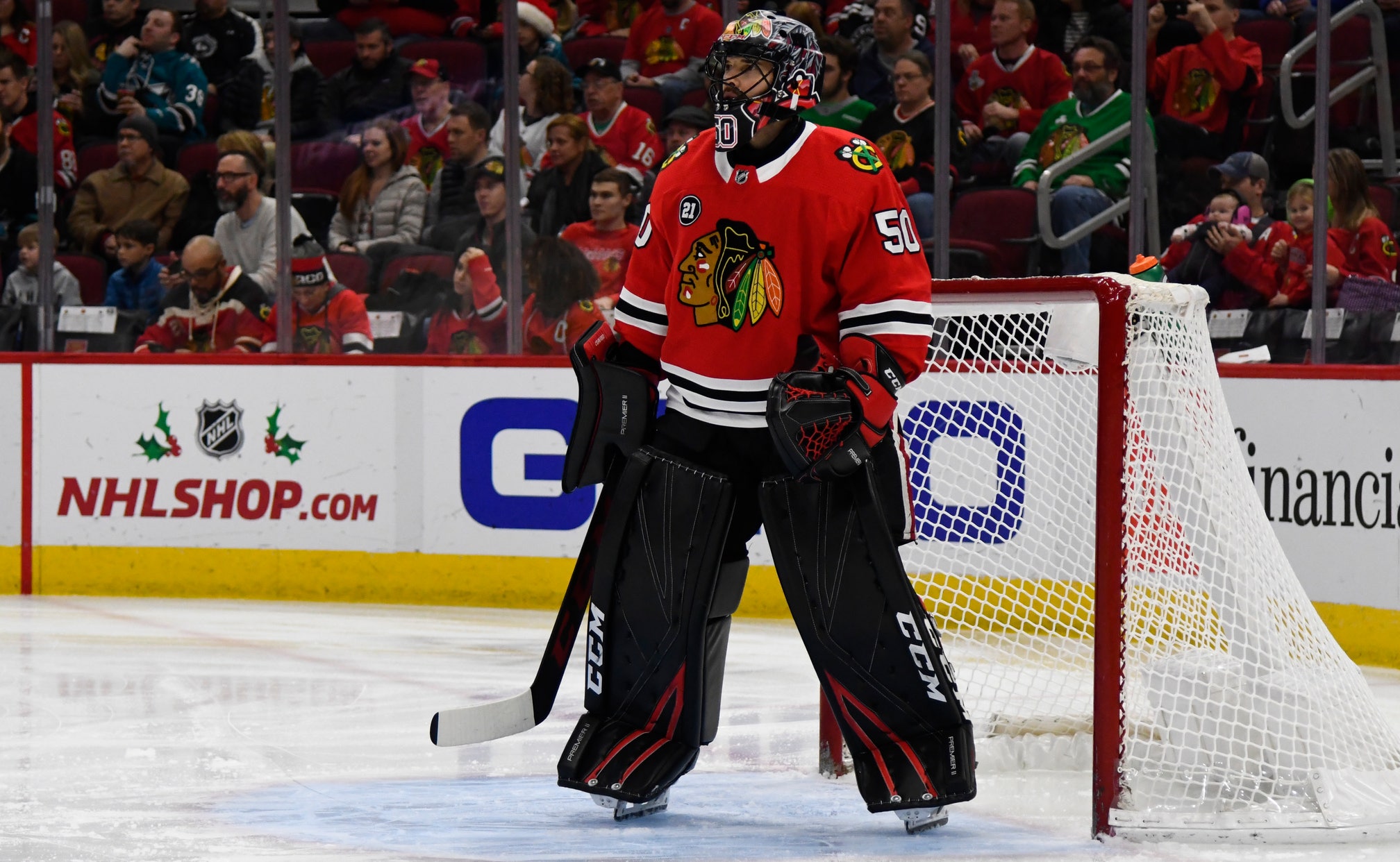 CHICAGO (AP) — The Chicago Blackhawks have placed goaltender Corey Crawford on injured reserve after he suffered a concussion for the second straight season.

Crawford got hurt in the first period of Sunday's 7-3 loss to San Jose when the back of his head struck the right post during a goalmouth pileup. He also missed the final part of last year and the start of this season because of a concussion.

Also Monday, the last-place Blackhawks recalled goaltender Collin Delia on an emergency basis from Rockford of the American Hockey League. He made his NHL debut in March and went 1-1 in two starts with Chicago.