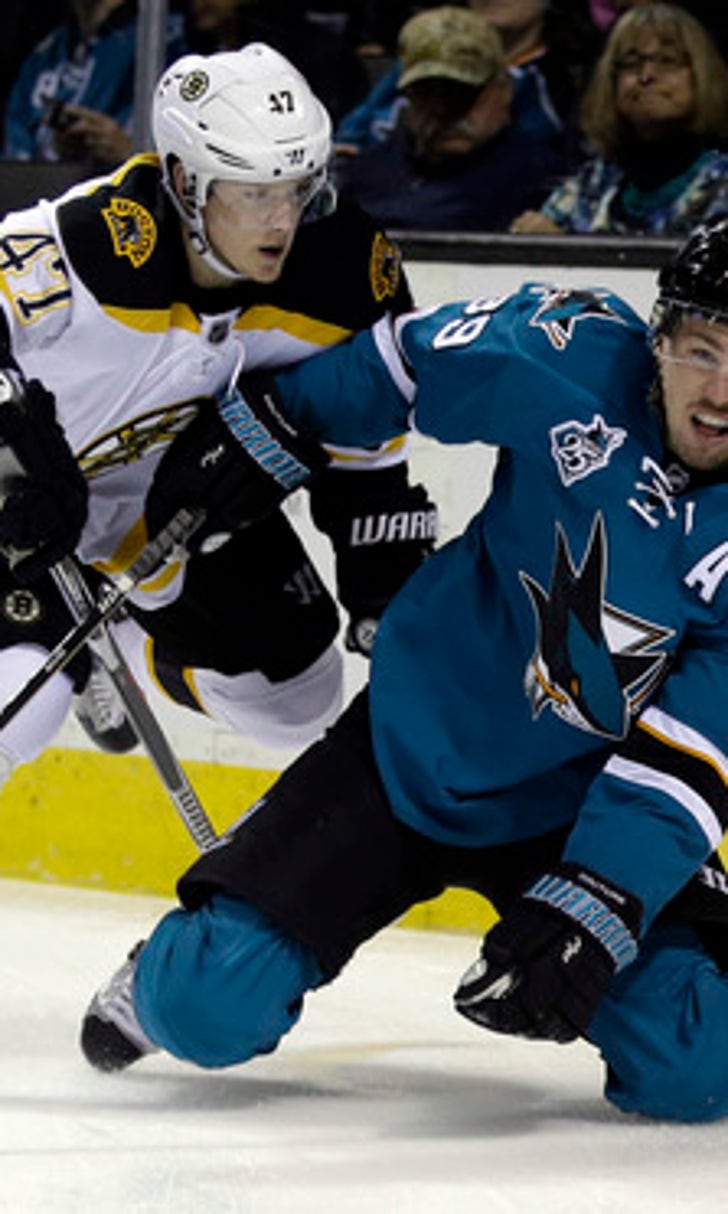 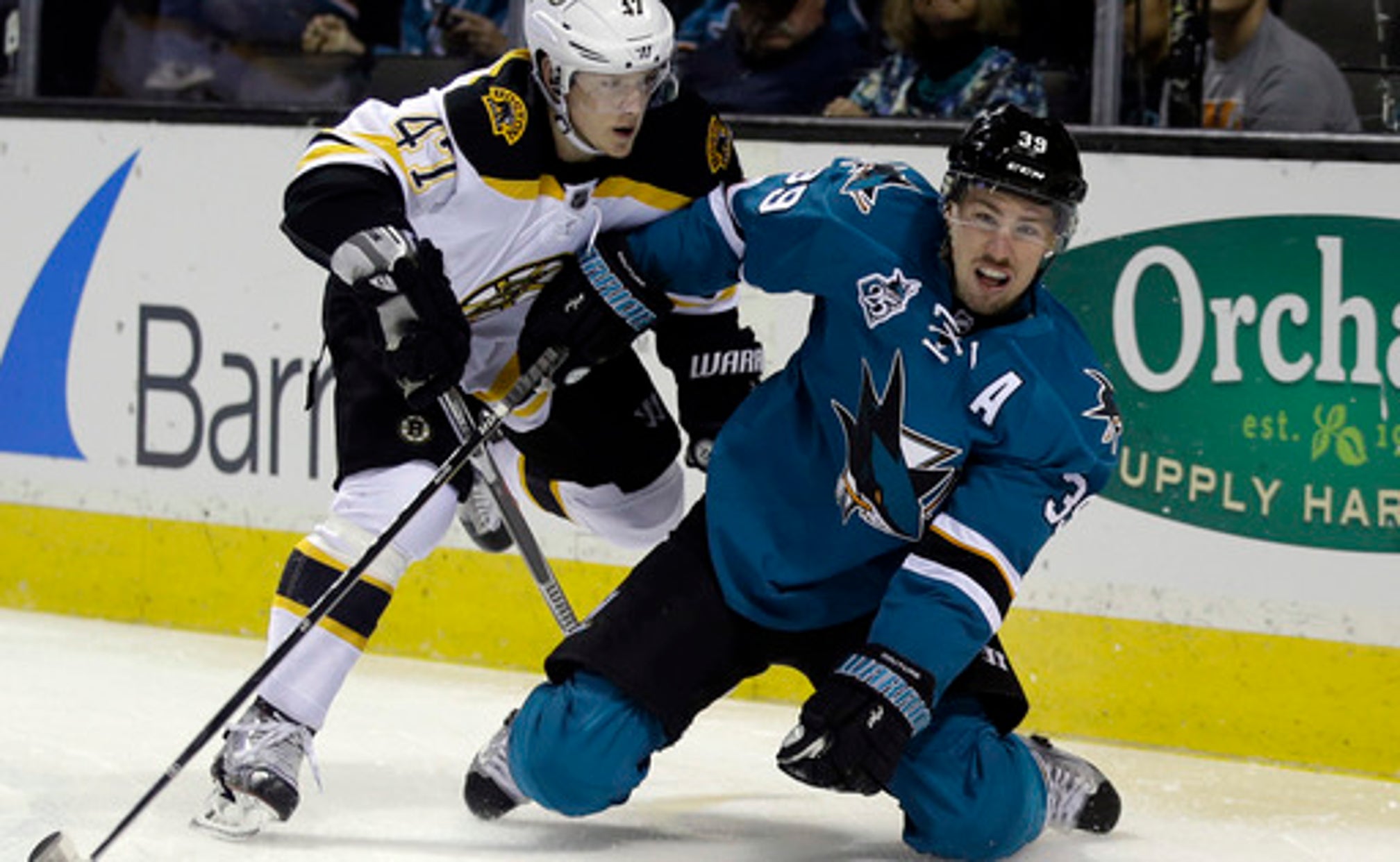 Around the NHL: Playoff races are limited but intense 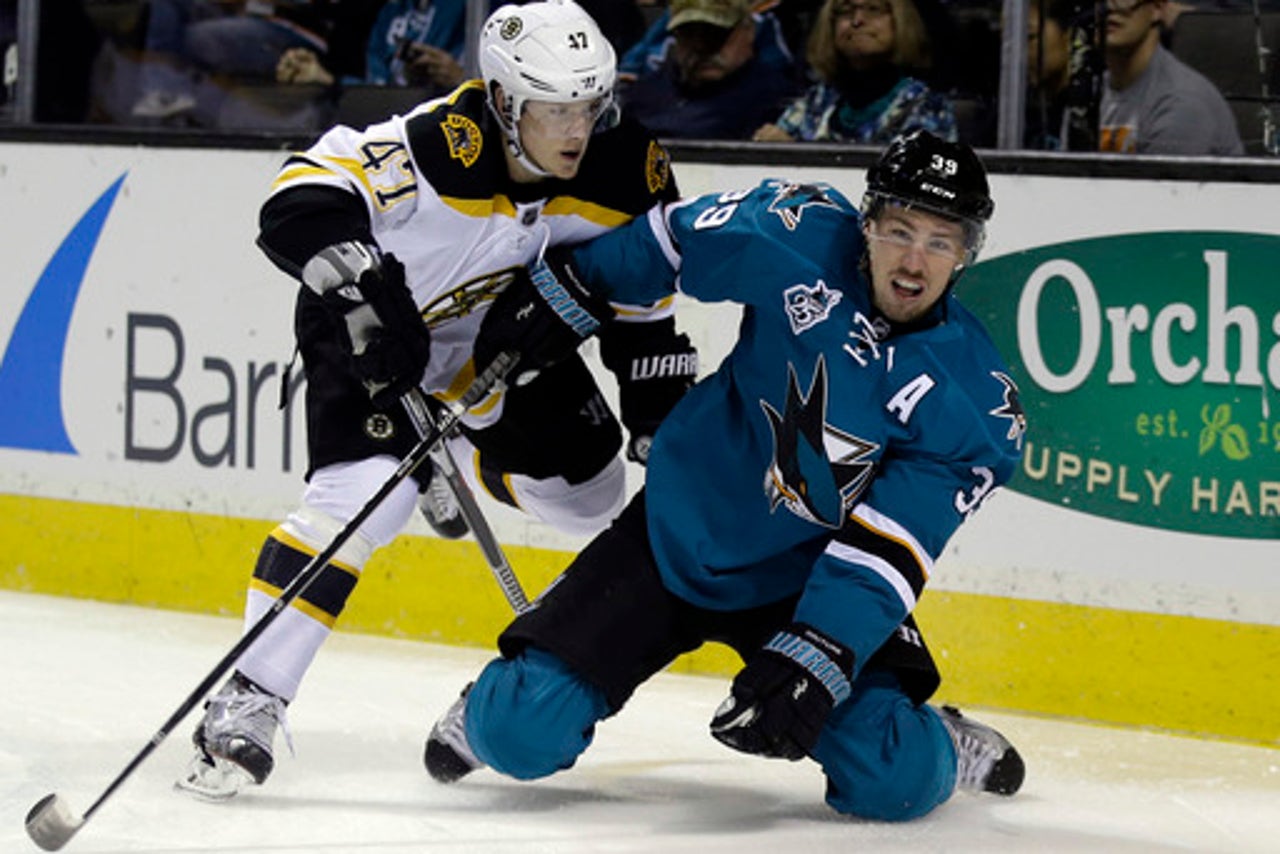 Even though Wayne Simmonds grew up in Toronto, his girlfriend wondered what he was doing sitting on the couch Sunday night screaming for and cheering on the Maple Leafs against the Detroit Red Wings.

''I'm like, `Toronto's got to win this one,''' the Philadelphia Flyers forward said.

The Maple Leafs' victory was a major boost for the Flyers' chances in one of the thinnest NHL playoff races in recent memory. Three of the four divisions are still up for grabs and there's plenty of jockeying for positioning, but in the Eastern Conference there are really only three teams contending for two spots and in the West two teams going for one with a month left in the season.

In the East, the Pittsburgh Penguins and Red Wings are trying to fend off a charge from the Flyers, who are 7-1-1 in their past nine games after beating Detroit 4-3 Tuesday night. In the West, it's down to the Minnesota Wild and Colorado Avalanche for the second wild card.

It's already a done deal for the Washington Capitals, who clinched a spot Tuesday night and aren't far from wrapping up the East's top seed and the Presidents' Trophy, which comes with home-ice advantage throughout the playoffs. The New York Rangers and New York Islanders are pretty safe bets in the Metropolitan Division, as are the Boston Bruins, Tampa Bay Lightning and Florida Panthers in the Atlantic.

That's where it gets dicey. The Penguins will be without star center Evgeni Malkin for the rest of the regular season with an unspecified injury, and the Red Wings won't have big-hitting defenseman Niklas Kronwall for one to three weeks due to a sprained right knee.

Meanwhile, Philadelphia is on the verge of getting forward Jakub Voracek back from a left foot injury. Unlike a season ago when a loss to Boston torpedoed the Flyers' last-gasp push, Voracek believes the Flyers are in the driver's seat and the pressure is on the Penguins and Red Wings.

''They've got to be more worried about not making the playoffs than us because the way we play, everybody knows how good we play right now,'' Voracek said. ''I would say we are the hottest team out of three. We are very good, and I'm pretty positive they know that we are playing well.''

The Red Wings were in solid position a couple of months ago to make the playoffs for the 24th consecutive season, the longest active streak in North American professional sports.

''It's hard to make the playoffs in a row like that,'' Flyers captain Claude Giroux said. ''They've had a lot of good teams in the past and are in position right now to get in. But we're kind of the team trying to make that streak end.''

Detroit center Brad Richards, who won the Stanley Cup with the Tampa Bay Lightning in 2004 and the Chicago Blackhawks last year, cautioned after a win Saturday against the New York Rangers that there's a lot of time left in the season.

''It is like playoff hockey, where you lose a game and you think everything is coming to an end and you win a game and people are excited,'' Richards said. ''But you've got to be even keel, stay calm ... can't let the foot off the gas, got to keep backing up these points.''

The West is seven teams deep in Cup contenders, leaving the Wild and surprising Avalanche for the final spot. Each win and loss feels like life and death for those teams - and Minnesota blowing a late lead and losing in overtime Tuesday to the Ottawa Senators didn't help its cause.

Pittsburgh got the job done Tuesday by beating the Islanders in overtime. Narrowly making the playoffs last year was an important lesson for the Penguins.

''Every point matters so much,'' goaltender Marc-Andre Fleury said. ''I don't think it's a bad thing. We get used to playing those close games, tough intense games. It's good preparation for the playoffs.''

The defending Cup-champion Blackhawks are 5-7-2 in just over a month to fall into third place in the Central Division. Chicago has done this before and flipped a switch to make long playoff runs, but there's still cause for concern.

''It's a tough couple games, but we've seen that before,'' captain Jonathan Toews said about two consecutive losses. ''We've been through that before. We know not to overreact, start second-guessing ourselves and really letting that lack of confidence really creep into our minds.''

The Penguins visit the Flyers on Saturday afternoon for the first of three showdowns in just more than three weeks. The head-to-head matchup could very well determine who makes the playoffs.

AP Sports Writers Dave Campbell in St. Paul, Minnesota, Noah Trister in Detroit, Will Graves in Pittsburgh and Jay Cohen in Chicago contributed to this report.

Sports World Honors Dr. King
Dr. Martin Luther King Jr. was a pioneer unlike any other, and the sports world is spending Monday celebrating his legacy.
13 hours ago