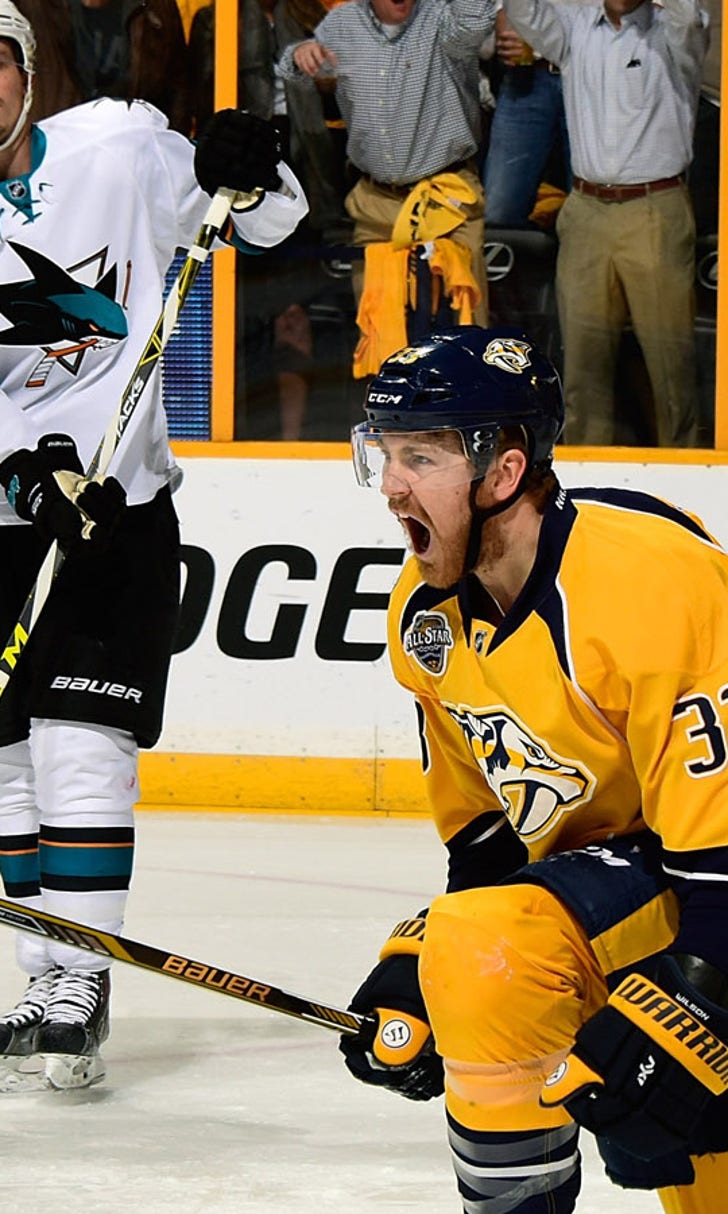 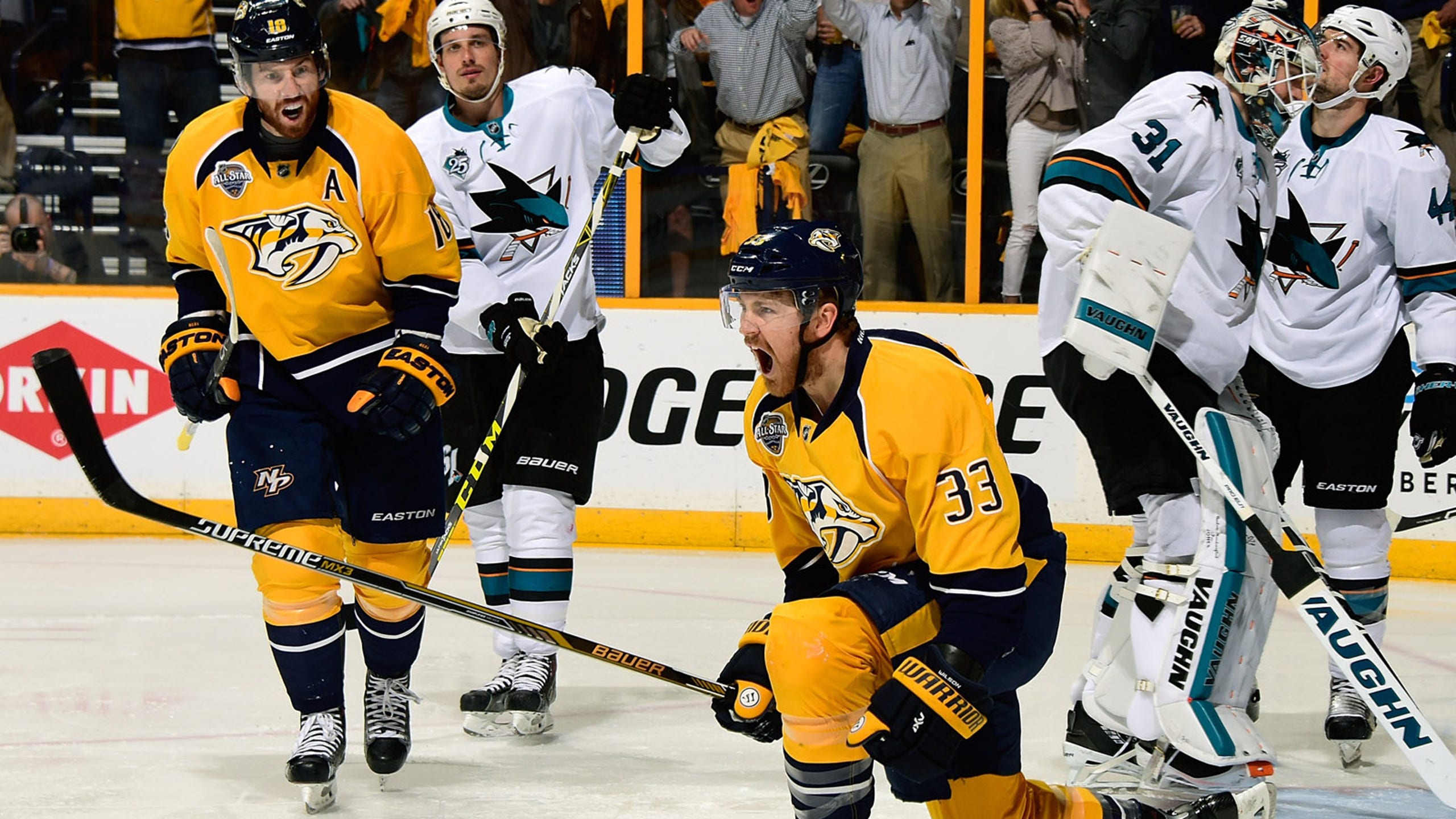 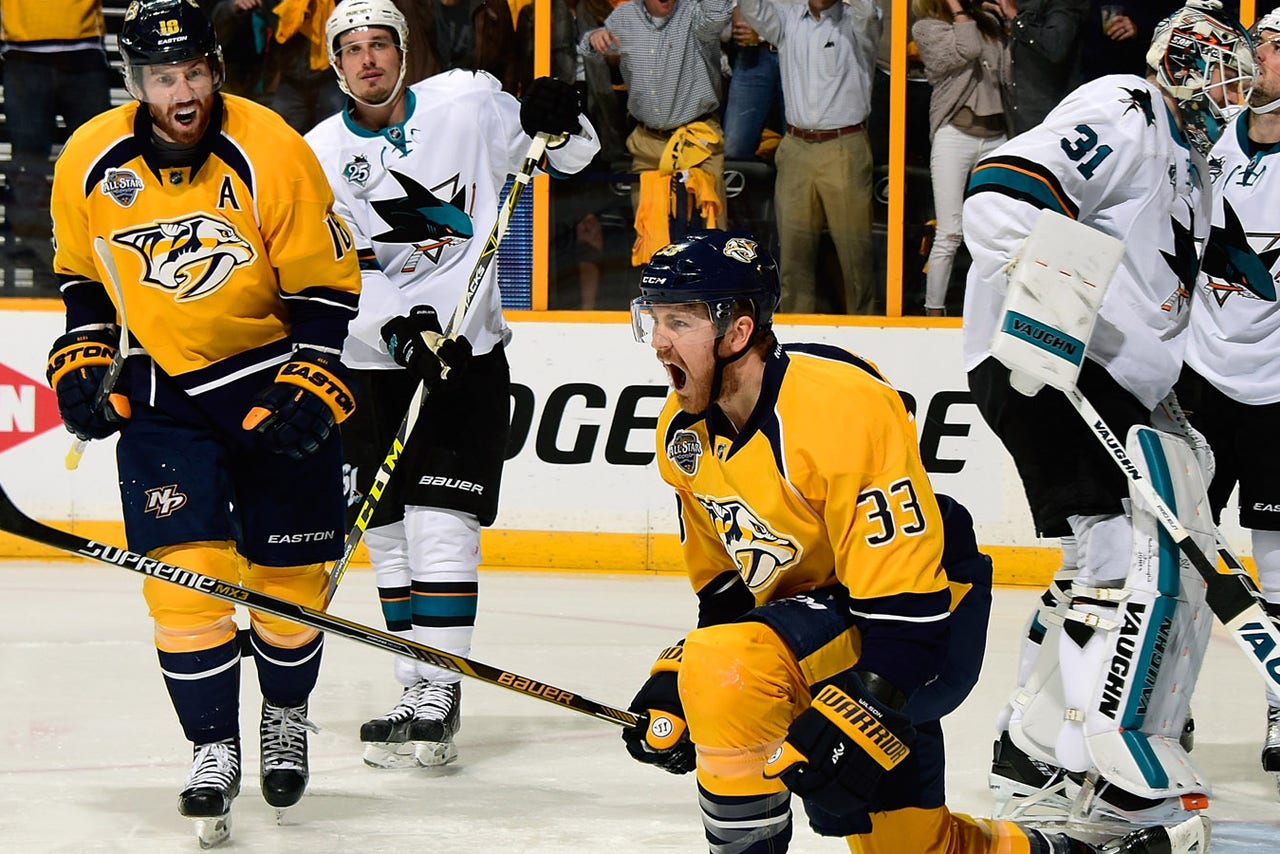 The second-round series between the Nashville Predators and San Jose Sharks is tied at two games each after an insane triple-overtime Game 4 that stretched into the early hours of Friday morning. The game featured incredible opportunities at both ends of the ice and insane statistics.

Nashville defensemen Shea Weber and Roman Josi racked up over 49 minutes of ice time each, more than double the amount of ice time players usually total. Their efforts were worth it, however, as Mike Fisher's goal at 11:12 of triple-OT helped Nashville tie the series rather than fall to the brink of elimination.

A triple-overtime game generates plenty of highlights. Here is a look at five of the best moments from the Sharks and Predators' Game 4 epic.

Playing over 112 minutes of back-and-forth hockey takes a toll on the body, so it's hard to blame the pair of Predators who did not have the energy to hop over the boards to celebrate their big win. They ended up falling over the boards instead but showed great potential as a synchronized falling team. Perhaps this marks the birth of a new Olympic sport.

There never would have been a triple-OT thriller had James Neal not tied the game up late in regulation. The Sharks had taken a 3-2 lead 6:48 into the third period thanks to a Brent Burns goal, but Neal kept the Predators alive when he roofed a rebound past Sharks goaltender Martin Jones. The goal was a bit of redemption for Neal, who missed a shot on net just seconds before the tally.

The Sharks thought they had a game-winner just over four minutes into the first overtime when Joel Ward seemed to have a wide open net on a wraparound, but the 6-foot-5 Pekka Rinne reached to make a stop. His defense stepped up on the rebound opportunity, and despite a mad scrum at the crease, the Predators combined to somehow keep the puck out of the net much to the dismay of the already celebrating Logan Couture.

Joe Pavelski put in a monumental effort to win the game in the first OT. He kept his eye on a bouncing puck as he crashed the net despite getting pushed by Paul Gaustad. But the force of Pavelski's effort and Gaustad's shove caused Pavelski to make contact with Rinne. The goal was waved off as officials ruled the contact prevented Rinne from making a play on the potential game-winner, so the goal was waived off and the game continued much to the dismay of Pavelski and the Sharks.

It took 112 minutes -- nearly twice the length of a full hockey game -- before the Predators and Sharks were able to determine a winner in the early hours of Friday morning. The winning goal came courtesy of Mike Fisher, who swept up a rebound in front of the net and managed to put it past Jones.

A very proud Carrie Underwood did not take long to congratulate her husband on his big goal.

The game went down as the longest in Predators history and gave Nashville its first-ever postseason overtime win on home ice.