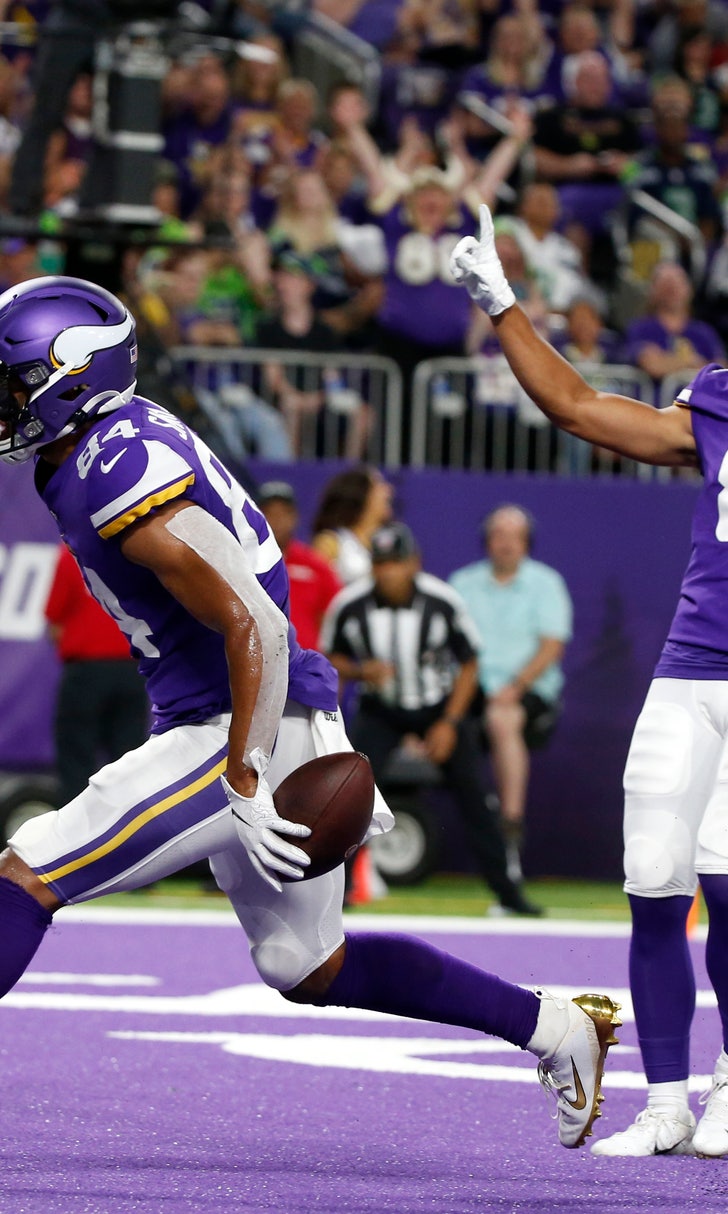 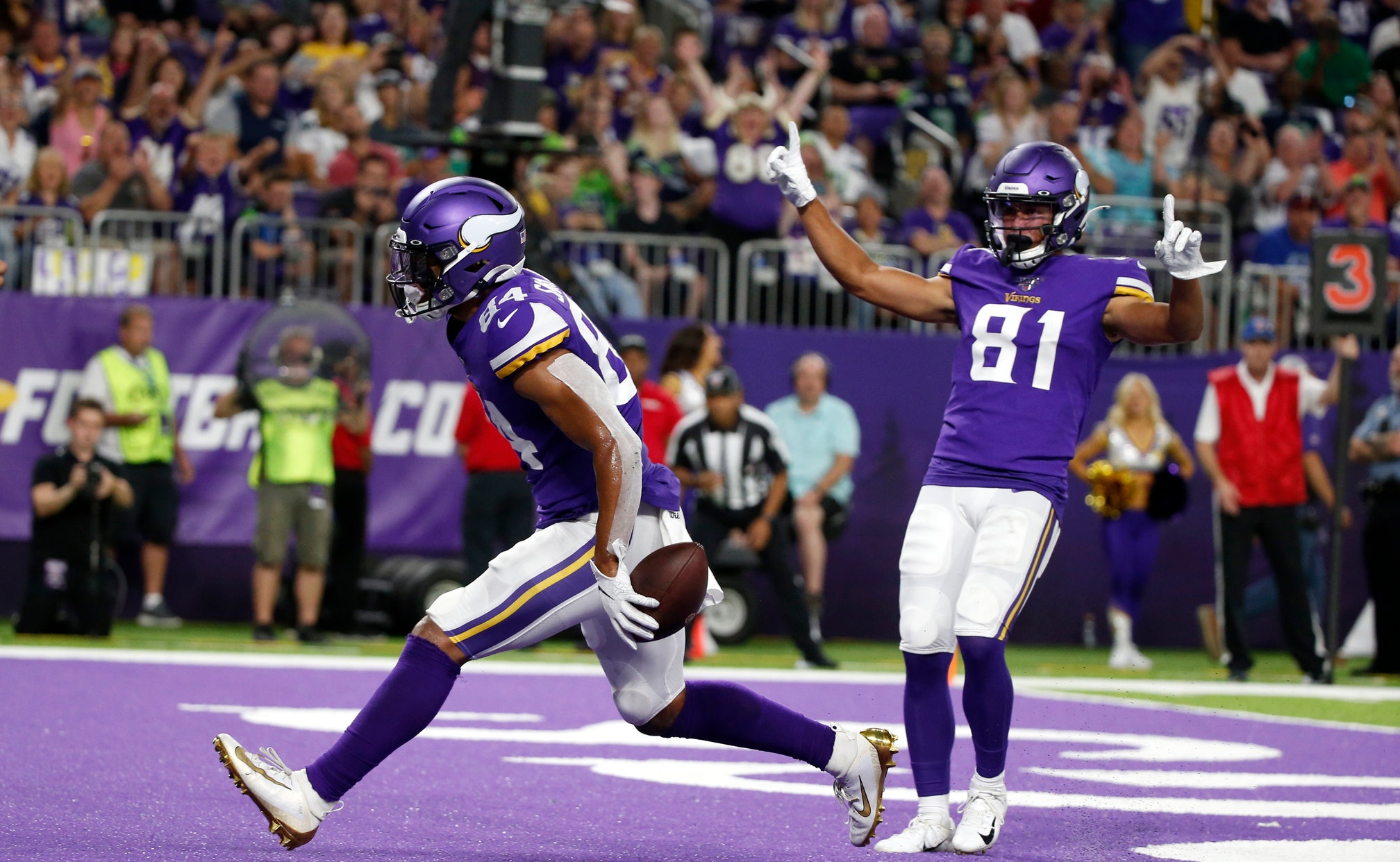 MINNEAPOLIS (AP) — Rookie tight end Irv Smith Jr. and backup wide receiver Brandon Zylstra each had touchdown receptions for Minnesota and the Vikings displayed depth and versatility in their passing game in a 25-19 exhibition victory over the Seattle Seahawks on Sunday night.

Kirk Cousins led the starters for two drives, the last one yielding a chip-shot field goal by Dan Bailey, and finished 6 for 8 for 68 yards without a turnover. Second-string quarterback Sean Mannion made up for an interception that safety DeShawn Shead returned 88 yards for a score by finding Smith with a short throw into the end zone just before halftime.

Then Kyle Sloter delivered the touchdown pass to Zylstra in the third quarter, polishing off a decent night for an offense that underwent an offseason scheme change after an underwhelming first year with Cousins at the helm.

The first team took two turns for the Seahawks, too, and Russell Wilson went 6 for 9 for 82 yards without a turnover after sitting out the preseason opener. He had a 33-yard completion to Jaron Brown, who has a starting wide receiver spot for now following the retirement of Doug Baldwin. First-round draft pick D.K. Metcalf did not play because of a leg injury. Brown's catch set up the first of four field goals by Jason Myers.

Seattle's pass rush was strong in the first half, with Barkevious Mingo pressuring Mannion as he threw before Chad Beebe was expecting the ball after his turn on a hitch route. The blocking for Minnesota will continue to be the most scrutinized aspect of the team, and the starting offensive line, missing injured right tackle Brian O'Neill, was vulnerable in spots. Cousins and rookie center Garrett Bradbury shared a botched under-center snap resulting in a fumble the Vikings recovered.

In a game where Philip Rivers and Drew Brees were sideline observers, Hill supplied most of the quarterback highlights. The third-year, all-purpose player was 11 of 15 for 136 yards and a pair of touchdowns and ran for 55 yards. New Orleans trailed 17-3 at halftime.

Hill then directed an 11-play, 69-yard drive midway through the fourth quarter that culminated in a 1-yard TD pass to Devine Ozigbo. The Saints went for 2, but Hill was sacked by Anthony Lanier II.

Following a Chargers punt, Hill drove the Saints into field goal range, where Will Lutz made a 28-yarder with 1:08 remaining.

Troymaine Pope returned a punt 81 yards for a TD for the Chargers (0-2). Andre Patton had five receptions for 62 yards.